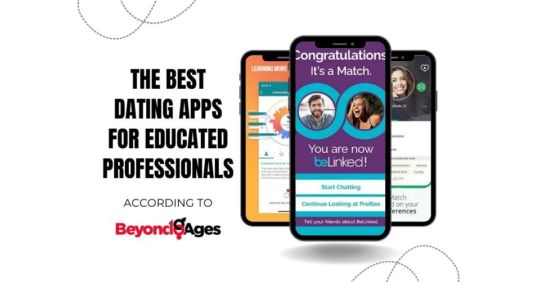 It’s tough to date when you’re consumed with work. That’s where dating sites for educated professionals are supposed to help.

These niche dating apps are designed to put in the hard work for time-precious professionals, so they’re able to squeeze a date or two into their busy schedule.

It’s not just time that is a problem for the world’s high-earners though; it’s finding a partner on their level. Women, in particular, often don’t want to settle for a partner who is nowhere near their earning level. Men too can sometimes be reluctant to date someone from a lower social class.

A dating app for highly-educated singles usually does a great job of filtering out those with lesser qualifications, meaning the majority of the options available to them will be around the same education level as them.

We chose these dating apps for highly educated professionals because we found them to be the best for helping you arrange a date with a high-quality partner. 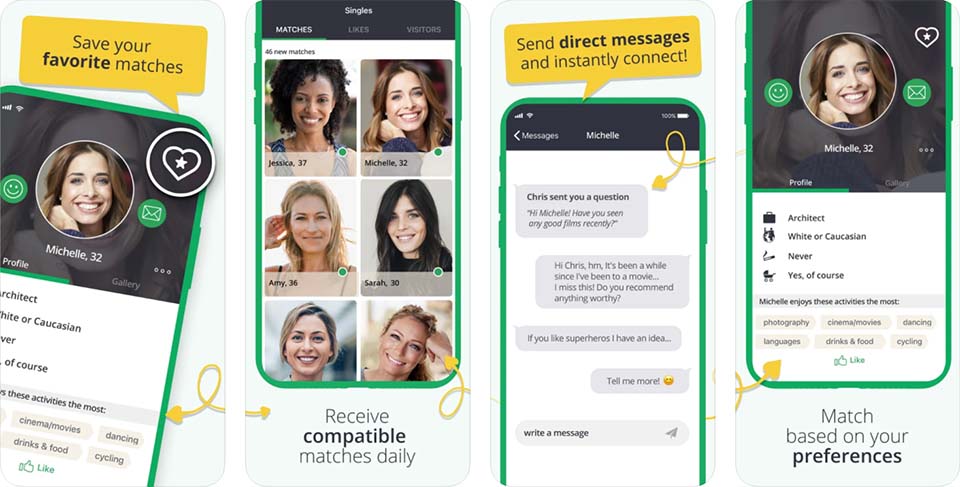 Elite Singles is designed for singles looking for serious relationships, as most busy professionals are. There’s a lot more focus on the information in the bios, compared to hook-up apps like Tinder. Members are prompted to add information about their education and lifestyle. In fact, the whole Elite Singles experience is geared to those looking for something more serious.

Elite Singles has built up a sizeable audience; one of the largest out there between the ages of 30 and 50. You’ll have to pay a somewhat hefty fee to get the most out of the app but just like any elite nightclub, these fees help keep you away from lower-class singles.

Why you should skip it

#2 - eHarmony (Android: iOS) is proven to be the number one app to help people find their life partner

There’s no app more geared to finding a serious relationship than eHarmony. This website has been the number one dating website for finding true love, pretty much ever since it launched in 2000.

The eHarmony algorithm is based on an extensive personality test, which you’re made to fill in upon signing up. This takes around 40 minutes to fill in and includes plenty of questions about your career and education. You’re then matched with potential partners based on how compatible your personalities are. The stats show how accurate this algorithm is, so if you’re too busy to swipe through hundreds of candidates per day, maybe you’d prefer to let eHarmony do the hard work of finding your needle in a haystack for you.

Why eHarmony is the best dating app for highly educated professionals

#3 - If you’re prepared to wait for an elite partner, we recommend you sign up for The League (Android: iOS) 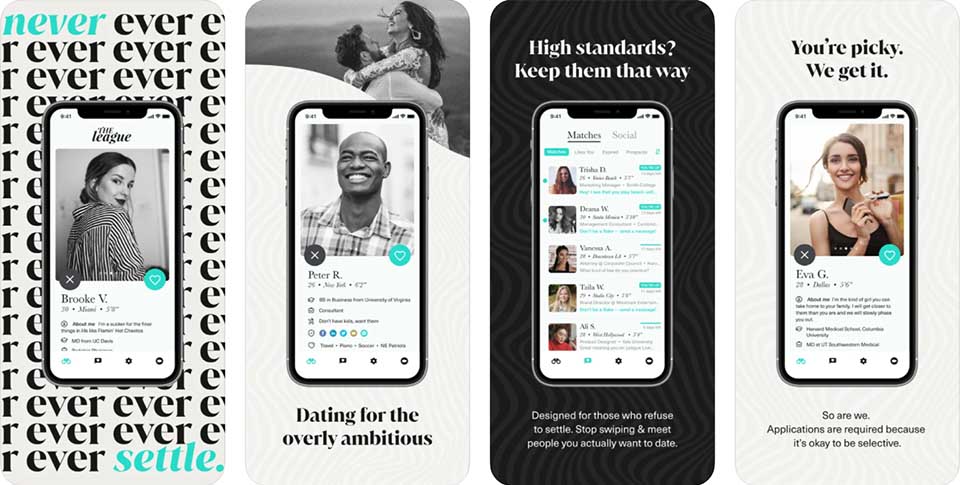 The League is an exclusive college-degree dating site. Having launched in 2017, it’s now operating in hundreds of major cities all over the globe. To sign up, you need to apply for the waiting list. It might be a bit of a while, as staff members will vet your application by browsing through your LinkedIn profile.

But once you’re in this exclusive online singles club, you can be confident of being surrounded by other highly-educated singles. Indeed, the website’s tagline is Meet & Date Ambitious People. The League also uses your LinkedIn data to ensure you’re not recommended to date any professional colleagues.

Why we love The League

Not all dating for highly educated singles occurs with a long-term future in mind. There are plenty of established professionals who are just looking for some casual fun, and AFF is well-established as the number one option for that right now.

AFF makes no qualms about being a hook-up website, which means you’re not going to have to waste your time with prudes looking to ‘get to know each other’ before getting down to business. We’ve tested Adult Friend Finder in plenty of cities around the world and always managed to meet open-minded sexy vixens when doing so.

While this website isn’t aimed at educated professionals, its user base is so big that you shouldn’t have trouble finding people from any educational background.

Why we love Adult Friend Finder

#5 - Luxy (Android: iOS) is a great option if you don’t mind spending extra to meet a “high-end” partner

When you reach the top of the corporate ladder or make big bucks with your own business, the problem is: you have all the money but no time. Luxy is the “high-end” dating app that aims to solve that problem.

You’ll pay a substantial monthly subscription to get access to the app, but on the other end of the paywall is an impressive selection of classy singles. Put simply, it’s a dating app for rich people to meet other rich people but it does the job of connecting them really well. Luxy users tend to be super-responsive, so you don’t have to waste loads of time texting and waiting for replies. If you can afford the monthly fee, it’s definitely worth checking out.

#6 - BeLinked is a dating app based on your LinkedIn data, so it’s great for those keen on dating established professionals

There’s no doubt that BeLinked was built for professionally-minded daters. For starters, it will ask you to connect to your LinkedIn profile and build part of your dating bio from the data stored there. BeLinked will also refuse you access to its app, if you’re unemployed or in a job considered to be “dead-end”.

That might seem ruthless, but BeLinked has built up a healthy user base, particularly in big corporate cities like London, New York, San Francisco and Los Angeles.

#7 - While not a college degree dating site, Hinge (Android: iOS) is full of established professionals

Hinge is more of a mainstream dating app, on which anyone can create an account for free. It’s owned by the Match group, just like Tinder, but Hinge puts more of a focus on the user’s personality, lifestyle, and career. There are prompts to help users find out about each other too. It’s a nice halfway house between the free-for-all that is Tinder, and the super-targeted apps like eHarmony.

Hinge has grown to become extremely popular in the last few years, particularly in the United States, Canada and Europe. You’ll have plenty of educated professionals to swipe on in these parts of the world.

Why Hinge might not be the best app for you

How to Pick the Right Dating Apps for Highly Educated Singles

You’ve seen our picks for the best dating sites for educated professionals but how do you choose the best dating app for you? Here are the three factors we recommend you keep in mind.

The most important thing to consider when choosing a dating app is: who else is using it? It’s not only important to consider the type of people using the app but how many of them are there. There are other dating sites for educated professionals that have unique and interesting features but weren’t included in our list because there are not enough people using them.

At the same time, there are mainstream dating apps with huge user bases, not included because they don’t target educated professionals at all. Ideally, you want to find a nice balance between a niche app and a mainstream one, so you can connect with plenty of your type of people.

Privacy appears to be a factor that’s particularly important for corporate professionals. A lot of them would prefer to use an app that hides their profile from their professional colleagues. In our opinion, there are so many people using dating apps these days that it’s nothing to be embarrassed about. Still, if you’d like to keep your personal and professional life separate, look for a dating app that allows you to do that.

It’s hard to tell someone else whether a dating app is “worth the money”. After all, this depends on how much money you have to spend, as well as how many quality romantic options an app is likely to provide. Even then, you can’t put a price on true love, right?

Still, some of the apps on this list are a lot more expensive than mainstream dating apps, so it’s worth making sure that an app is in your budget before you sign up.