The 5 Push-Pull Techniques All Single Guys Need to Try 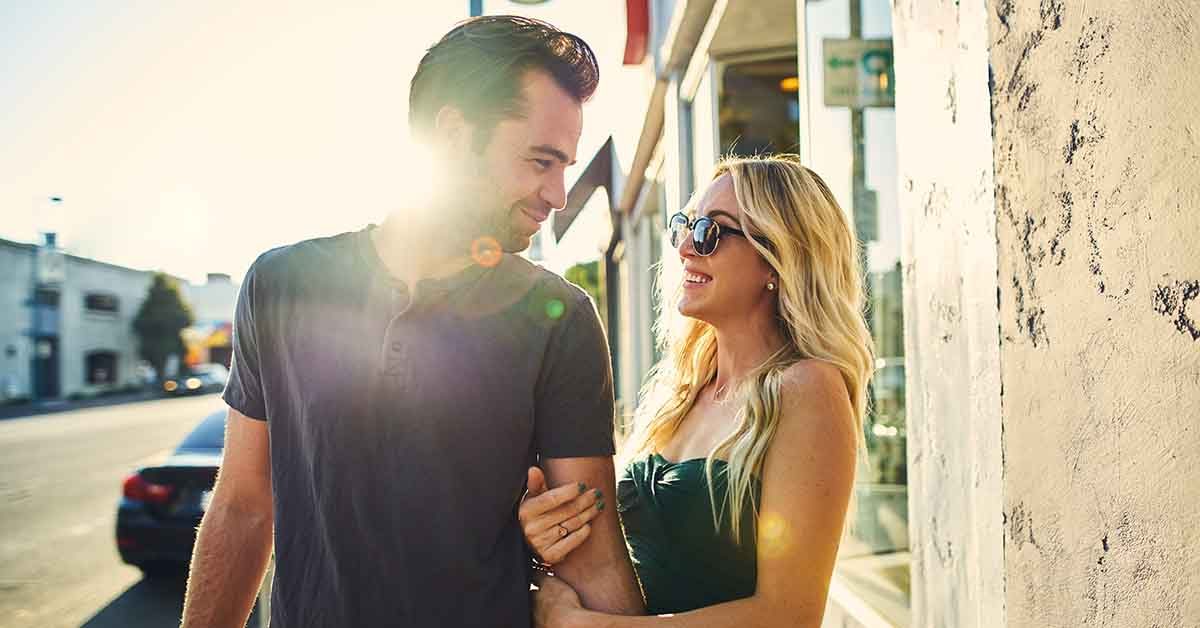 In this guide, you’ll learn 5 of the most powerful push-pull attraction techniques to make women obsess over you. This psychological technique is so powerful that it has been criticized by some for being too manipulative. Make sure to use it for good and not evil 😉

To effectively use the push-pull attraction techniques listed below, you first need to understand what you’re trying to achieve and why it’s so powerful.

So, let’s get into that right now.

Push-Pull is two actions, which metaphorically pull someone closer to you and push them away.

A nice action combined with a nasty one, essentially.

A push-pull can be verbal or it can be a physical action.

How To Perform A Push-Pull Correctly

The push and the pull need to occur in quick succession to have the biggest impact on the other person.

Your push doesn’t need to be too harsh. While a hard push can be really effective on some low self-esteem women, it’s a tightrope you don’t need to walk. Most emotionally healthy women will walk away if you push them too hard - and if you’re rude about it - that’s a great way to get a drink thrown in your face.

One final tip: don’t ever dwell on a push-pull.

If you stare waiting for her to react, she’ll sense that you’re just saying things to get a reaction from her. That’s a turn-off. It’s better to do what you’re going to do, then change the topic like it was no big deal.

Why Does Push-Pull Work?

A woman makes romantic decisions based on emotions, not logic. If you can make her feel strong emotions, you’ll capture her attention. In most cases, you’ll be more interesting to her than the serious guy who could give her the world.

The thing is: if you’re just supplying positive emotions, she tends to find this boring and predictable. In this scenario, she knows you can have you. There’s no excitement. There’s no doubt. To her, that’s the dullest love story of all time

It gets even worse when you consider this is how most guys try to flirt with women. So, actually, it’s like the dullest love story of all time that she’s seen hundreds of times already...

In most cases, a woman prefers the emotional rollercoaster of not knowing whether she can have a specific man. This is fun and different for her. It makes her want to stay inside the love story that’s brewing because she doesn’t know how it ends.

When she chases your rapport, it makes the catch more satisfying for her. Also, the fact that it’s not easy to win you over communicates that you’re a high-value guy. No one values what comes too easily, after all.

Yes, it’s highly illogical for her to go for the man that pushes her away. But what did I already tell you? Women make romantic decisions based on emotions, not logic.

Not a lot of women will admit they do this. But here at Modern LoveSystems, we give advice based on women’s actions not their words.

As we said before, use these techniques to win the attention of the women you like. Don’t use them to be an asshole!

In a group setting, communicate with everyone around you apart from her. Provided you’re the most fun and outgoing person in the group - and it’s clear that everyone else likes you - this will make her fight for your validation like crazy.

Once she starts doing that, you can give her a taste of your attention, only to remove it and start focusing on everyone else once again.

When done correctly, this will make her fight your attention even harder. In the most extreme cases, you can expect her to start acting more sexually or gregariously. Whatever it takes to win your attention.

Then, when you eventually move her away from the group (perhaps to grab a drink at the bar with you), she’ll be only too happy to oblige.

Invite a woman somewhere, then add “but only if” followed by a small hoop for her to jump through.

“I’ll talk you out for wine, but only if you promise to be nice.”

“I’ll introduce you to my friends, but only if you promise not to embarrass me.”

“You can come back to my place, but only if you’re not mean to my dog.”

This condition for the invite can and should be easy for her to agree to. It can even be a bit silly. If you treat it seriously and make her promise to meet that condition, this helps to maintain the illusion that maybe you’re not sold on her yet.

Remember, deep down, women want this illusion to remain in place as long as possible.

Give her a compliment, followed by a reason you can absolutely not hook up.

“I’d totally take you on a date, but I’m washing my hair that weekend.”

Or you can do it the other way around.

“If I was into brunettes, I’d be all over you right now.”

Again, the disqualifier can be as illogical and silly as you want. If you treat it like it’s serious, it creates that doubt about your intentions and will make her fight to change your mind.

This is essentially “negging,” which has got a bad rap from a lot of people.

Some examples of back-handed compliments include:

“Nice dress. A few women here bought that one!”

“You make this cute little face when you laugh. It’s so adorable.”

The key here is to innocently continue the conversation like you didn’t realize it was a back-handed compliment. Better yet, change the subject so she’s less likely to call you out on it.

5. Physically push and pull her

You can playfully push her away - or turn your back - when she says something dorky. Then, pull her back close to you and let her know you were only joking. This works well when you’ve already been up close and personal.

6. Stop kissing before she does

Not much of an explanation is needed here. When you pull away from the kiss first, that leaves her wanting more. It also allows her to maintain some doubt about how far you’re willing to go with her. You better ensure that doubt remains in her head at least until after she’s back at your place.

If you’re aggressively making out for hours at the bar, then you invite her back to yours, she knows you want to have sex with her. Even if she wants to have sex too, she may feel like a hussy for accepting that invite.

But what if you share a tiny kiss, then pull away? Then, you invite her back for a drink at yours...