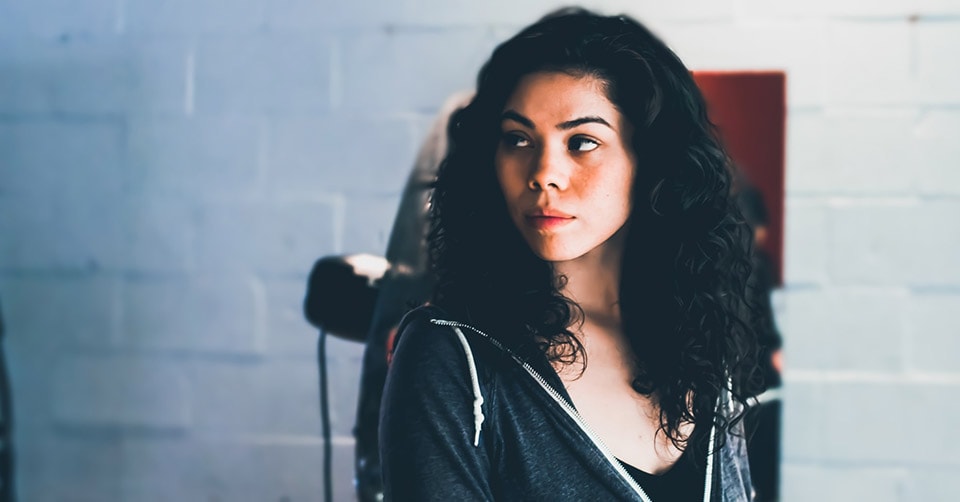 Want to learn how to make a girl jealous? It may seem like a devious act to stir this emotion from a girl that you haven’t even begun dating. But the truth is that a little bit of jealousy can act as a catalyst to further the bonds of your relationship. After all, if someone isn’t jealous because of you, they may not care for you at all - and that’s not a good sign for starting a new relationship!

In this article, we will cover how to make a girl jealous and more: from why you’d want to make her jealous, how to do it, and an actual game plan for how you can elicit this emotion out of her.

Reasons to Make a Girl Jealous

Before we delve into why you make a girl jealous about you, you should first understand what jealousy is:

Jealousy refers to “the thoughts or feelings of insecurity, fear, and concern over a relative lack of possessions or safety.” That’s the basic definition, but there’s been a merging of “envy” that’s become synonymous with jealousy. In other words, you have what she wants and it’s making her feel a long list of emotions.

Considering what we know about women and how they’re emotional creatures at heart, women like to feel a spike of their emotions from time to time to bring them out of their mundane existence. Even negative emotions are better than no emotions, creating a melodrama of her life where she’s the main character.

Of course, you should not use hurtful methods for both ethical reasons and for the fact that overt manipulation can severely backfire on you. If it becomes obvious that you’re manipulative (such as being a player), you may be ostracized from social groups - or worse.

The following are some of the most common reasons you want to make a girl jealous:

FOMO, or the fear of missing out, is a psychological phenomenon that’s prevalent in our society today. After being bombarded with social media and all of the novelties of our modern world, it’s not hard for a woman to feel that she isn’t attaining what others have - and it’s driving her crazy.

Women take cues from the people around them in order to understand the world. For children, if they notice a mother is upset, they might cry in response. Similarly, if a woman sees other women value a man - even if they can’t ascertain reasons why - they will feel an innate need to attain this man. This is called social proof, and it’s also one of the reasons why mass hysteria breaks out (which is more like a feedback loop of the collective unconscious).

As psychologist Robert Cialdini noted in his book Influence, social proof is a powerful concept behind FOMO, wherein “ambiguous social situations where people are unable to determine the appropriate mode of behavior, and is driven by the assumption that the surrounding people possess more knowledge about the current situation.”

By spiking a woman’s jealous motives through FOMO, she values you more because she feels that she’s missing out on something - even though she has no idea why...

Very similar to FOMO, competition anxiety is a concept popularized by Rollo Tomassi in his book The Rational Male. Women are frequently jealous not only of FOMO (abstract events and things) but also about what other women have. And to attain those things, women become competitive and use tools at their disposal to beat other competitors out - namely, sexual interest, nurturing, sabotaging others, and so forth.

By stoking her competitive instincts through jealousy/envy, you force her to opt-in to the game of acquiring you, a high-value man. Considering that high-value men are a scarce resource, the greater the likelihood that you’ll slip away from her clutches - and the more motivated she will be to attain you.

She’s taking you for granted

If you’re on someone’s social radar, such as being in the same classes or friend group, it’s relatively common for someone to subconsciously assign you a role in the pecking order or pigeonhole you as an unviable sexual candidate.

If you feel that you’re being taken for granted, making a woman jealous will force her to reassign a new value to you that she may have missed. Depending on the hierarchical nature of these groups, she may not have the opportunity to understand that you have options in the dating world. By making her jealous, either consciously or subconsciously, she will naturally be forced to reevaluate your potential for courtship.

How to Make a Girl Jealous Without Being Manipulative

Okay, now that you understand some reasons women become jealous and how that relates to you, it’s time to learn how to make a girl jealous.

The following are some subtle and not-so-subtle ways to make a woman jealous.

Compliment other women - but not her (yet)

To stoke a girl’s jealousy, compliment other women - but at the exclusion of her. It’s a bit devious to not flatter her, but what you’re trying to do is to get the girl you are desiring to prove her worth. She may try extra hard to win your favor, wondering why she doesn’t have the same qualities as other women.

The key to this method is to be subtle and indirect. For example, you may want to compliment another girl’s career, social life, or personality quirks that you admire. If you choose to compliment another girl’s body or other characteristics that are hard to change (ie. eye color, natural hair color, accent, etc.), the girl that you’re trying to make jealous may end up resenting you for things she can’t change.

If you’re trying to make a girl jealous, you should always put emphasis on being attractive. Women are acutely aware of how physically attractive men are.

From whether your skin is in great condition, your teeth are white, and how regularly you hit the gym, there’s a running tally of your worth based solely on looks. If you don’t believe it, consider how some of the top dating apps place an emphasis on users’ photos. Style and grooming should be high priorities whenever you’re around the woman you want to make jealous.

If you can max out your looks, women will begin to be subconsciously attracted to you. This, in turn, stimulates the competitive instincts in women. And voila, you’ve managed to make women jealous.

Similar to being physically attractive, projecting high social status and being well-off financially are two irresistible characteristics to make women attracted to you and subsequently jealous of anyone who also wants you. Being high-value depends on what a group values, but can be also determined by general indicators of success in society at large.

For group values, understand what ideas and ethos the group expects of men. A group of scientists will obviously have different dynamics than those of classmates, retail coworkers, or animal shelter volunteers, so align yourself accordingly.

Society, on the other hand, typically has rigid markers of success for men. These include wealth and status, but also are relative to areas that you live and work. If, for example, you make $70,000/year in California, you’re lower-middle class. In Mississippi, you’d be well above the median income for single men at $70k. Status works the same way, where being a garbage collector in a small town is a prized occupation; for a busy metropolis, it’s the opposite.

That being said, the following are some general pointers when it comes to projecting high-status situationally:

If you have a skill or talent that makes you stand out from the masses, use this near other women or in social settings. This may include musical skills, public speaking, in-depth knowledge of topics, a strong sense of humor, and so forth.

Even if you’re not conventionally attractive or you’re socially awkward, having a unique skill can instantly make you more appealing to women. With that in mind, if you want to make a woman jealous, display these skills and show her that other women will find you attractive as well.

Making her jealous through text

Making her jealous on social media

Remember FOMO and competition anxiety? Social media is your gateway to making her reevaluate you. While we all know that social media is an illusion, the effect is the same as a horror movie: we may know that no one actually gets hurt, but we still reel in fear when the monster stalks another victim.

For social media platforms, you’ll want to showcase your exciting life. Don’t be afraid to feature other women on posts, as this shows that other women value you enough to spend time with you (see social proof above). Include fun travel destinations and activities - especially ones that she may have mentioned wanting to go to.

It’s important to be inconsistent in displaying your affection. Just as men use push-pull tactics to keep women off-balance, changing your dynamics will make her feel out-of-balance and unsure whether you actually like her. She may wonder what has changed and if she’s doing something wrong. And if there is no readily available answer, she may think your emotional needs are fulfilled by someone else - a key precursor to jealousy.

The Best Way to Make a Girl Jealous

In truth, if you’re living a fulfilling and exciting life, these tactics aren’t tactics at all - they’re the normal behavior of a man who is busy living his life.

The answer is that by making yourself the best version of yourself and embodying these qualities naturally, you are able to make women jealous without trying.