How to Not Be a Simp: 7 Ways to Stop Blowing It With Women 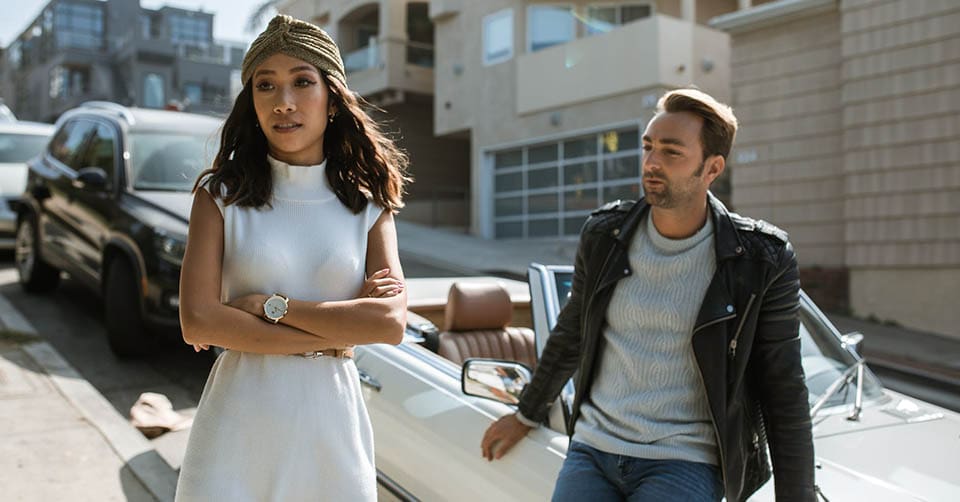 Have you ever been called a simp? Do you know what the word really means? And do you want to learn how to not be a simp?

The word “simp” has two meanings. It was originally short for “simpleton,” which means someone who’s gullible—a pushover, technically.

Today, there’s a new spin to the word, popularized by the droves of thirsty men who send their money to sexy, beautiful women on the Internet. The Urban Dictionary defines “simp” as “a male who is overly submissive to a female and gains nothing from it.”

So are you a simp? Let’s find out. This article will discuss what simping is all about (and why most men cringe at it) and, more importantly, how to not be a simp for a woman—or anyone else, for that matter.

What is a Simp?

As with any word that has many different meanings, it helps to get technical with the terminology. When it comes to women and dating, a simp is a guy who does three things. Check yourself for any of the following symptoms:

You see yourself as inferior or “beneath” women, especially those you’re attracted to. You might hope that by showing them you’re harmless and respectful, they’ll reward you with love and affection. Obviously, they won’t—after all, what woman would fall in love with a man who’s “beneath” her?

Your goal is to make her love you

The end goal is, of course, her attention and affection. And the same way simps send money to pretty online streamers, you do anything and everything she wants, all in the vain hope of making her love you. She might like you, but she won’t love you—it’s a game you can’t win.

She doesn’t need to do anything to earn your love

Unlike normal relationships where both you and your partner put in the work, a simping relationship is extremely one-sided. You spend your time, money, and energy on her while she doesn’t do anything (besides maybe sit there and look pretty).

So how many of the signs above apply to you? Be honest—after all, you can only rise above being a simp if you stick to the truth, even if it’s painful and embarrassing sometimes.

Here’s the thing: If you spotted even just one sign in you, that’s not good. And if you don’t change fast, you’ll need to get used to a dating life (and life in general) that’s filled with pain and disappointment.

On the other hand, if you want more than just a simping life, then keep reading.

How to Avoid Being a Simp With Your Crush

While simping may have hit the mainstream thanks to the Internet, it’s been a thing throughout human history. Simping for a woman in real life is just as bad—and embarrassing—as simping online.

Do you want to break out of the simping habit and take control of your love life? Here’s how.

The first way being a simp destroys your manhood is by turning you into a slave. You’d do anything and everything your lady tells you to do. And while you’re at it, she doesn’t lift a finger.

By now, you should be aware of the pit this behavior throws you into. Will she appreciate all the things you do for her? Perhaps. Will she feel attracted to you? Absolutely not. No level-headed woman will fall in love with someone who throws himself at her feet, right?

So if you’ve been a girl’s gopher lately, try this. The next time she tells you to drop what you’re doing to do something for her—like move furniture or drive her to the next town—tell her: “That’s boyfriend duty.”

If she insists, tell her: “Why don’t you get your boyfriend to do that for you? That’s his job.” And see how she reacts.

She’ll be forced to either withdraw her request or say: “I thought you were my boyfriend!” In any case, you’ve regained control of your love life, and that’s a step in the right direction.

The second way being a simp destroys you is by tying your happiness to her validation. With the greatest of ease, she can totally control how you feel. And the moment she doesn’t validate you, you fall into a crippling depression.

You need to cut the cords tying you to her validation. Remember: In the end, she won’t even choose you. Imagine the existential crisis you’ll have when that happens!

Do you want to spare yourself from that unnecessary pain? Then get rid of your need for her validation.

The third way being a simp destroys you is the competition—there’s just too much of it. Every popular female streamer online has thousands of simps all vying for her attention. Likewise, if you simp for your crush, chances are she has other simps in her life as well—and in the end, she won’t choose you or any of the others.

It’s a game you can’t win, no matter how hard you try. So why play? Why even try?

Instead of trying so hard, focus your precious time and energy on what’s really important—like yourself and your friends.

Here’s a good way to break free of your simping curse: Make her your #2 priority in life. #1 should be your friends or family (or both).

Any time you feel the urge to drop everything for her, stop and ask yourself: “Can I spend this time, money, and energy on my friends and family instead—and get a much better reward for it?”

If the answer is “Yes,” then do that instead. Soon, you’ll see how she quickly becomes your #3 priority, then #4, all the way until she no longer has any control over you.

And that, my friend, is how you stop simping for your crush—a woman who won’t choose you in the end anyway.

Now, what if she’s not your crush—but you find yourself hopelessly infatuated with her anyway?

How to Stop Being a Simp With Everyone Else

Sometimes, guys simp for a woman who’s not their crush. For that matter, sometimes it’s not a woman at all. They may be:

I like to call these people “acquaintances”, but Urban Dictionary had an even better one: “Friendsimp.”

Here, you’re simping for someone, but you’re after something that’s not romantic interest. Perhaps it’s friendship, a favor, or the feeble sense of validation from being associated with them.

It may seem less harmful than romantic simping, but it’s no less destructive. It’s still mental and emotional slavery, and it ruins your self-esteem. Let’s fix that before the damage becomes permanent.

You should have an honor code of some sort—a list of things you absolutely will never do in your life, no matter the circumstances. For instance, you can impose such rules on yourself:

You get the idea, right? You raise your standards by writing down new rules for your life. The list above is just a sample, of course—you got to form your code according to your own goals, motivations, and beliefs.

The key is to know the things you love, hate, and would never do. Then you set it in stone by writing it down and living by it for the rest of your life.

#2: Get obsessed with self-improvement

If you want to stop being a simp, it helps to have mentors and role models—great men you want to emulate. How can you be more like them? The road to becoming a great man is a journey of a thousand miles, and it all begins with one step.

Lastly, a good way to not be a simp is to be the opposite of it. Become a gentleman—unabashedly masculine, capable, and determined. In other words, be the kind of man society—and women—desperately needs these days.

When you’re self-sufficient, you won’t need anyone’s validation but your own. You’ll never be a simp again, and you—and the rest of the world—will be the better for it. Good luck!

By Charles Lee
Dating Expert
Charles is a Dating Expert and writer for Beyond Ages. After achieving great success with women in his 20's and 30's he decided to start sharing his success with other men who started off as he did. He is especially great at developing attraction to leave the "friend zone" and meeting women through dating apps.