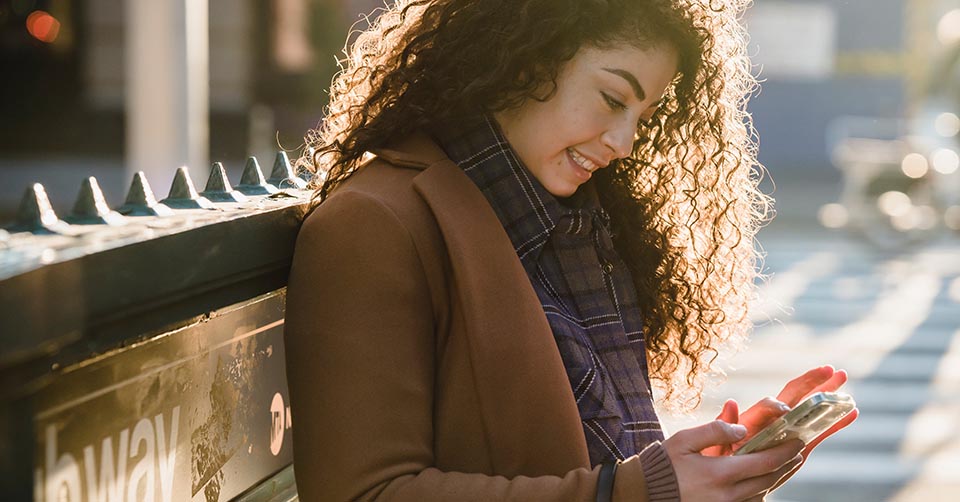 On the one hand, it's good that she messaged you and opened your channels of communication. But on the other hand, "hey" is such a non-message and it conveys literally nothing of interest. Now you're stuck between considering unmatching with her and scrambling for a great response that will resuscitate your conversation.

So what should you do? In this article, we’ll take a look at how to respond to hey from an on Bumble, including:

Bumble is one of the most popular dating apps out there. Unlike Tinder, Bumble empowers women to provide a more in-depth profile and only allows women to message a man when you match. The design for Bumble is meant to make it more palatable to women, who are often bombarded with hundreds of men who message any match on Tinder.

Despite its different rules of initial messaging, what happens when a girl’s profile you swiped on actually gets back to you? The only catch is she just says “Hey” and nothing more…

In truth, women want to be wooed and wowed, so a “Hey” is just a way to game the algorithm while not having to do any of the “conversational heavy lifting”. The “hey” simply puts the responsibility of meeting up back on a man’s shoulders.

Most guys don’t know how to respond to hey on Bumble, but let’s be clear: the rules of engagement are the same as Tinder. Bumble may be an app geared towards women, but it’s still up to you as a man to persuade her through witty and engaging conversation.

How You Should Respond to Hey on Bumble 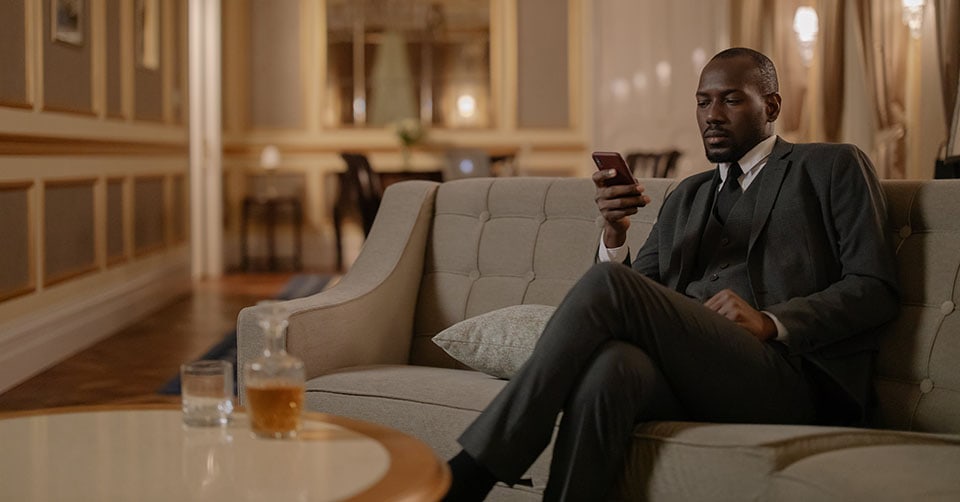 Okay, you’ve got the dreaded “Hey”. What do you do?

The truth is that if a girl simply says “hey” and nothing more, the ball is more or less in your court. You’ll have to do the conversational heavy-lifting, so to speak, so be prepared to bring your A-game.

Remember, women tend to be shy and risk-averse - even with the semi-anonymity that comes with online dating, so it’s best to ease into a conversation.

Also, because Bumble has the advantage of not being Tinder (predominantly a hookup app or a meat market), women are already primed for relationships and more long-term relationships.

The demographics are a bit different than Tinder, too. Women on Bumble tend to be a bit older than other dating apps, which makes initial conversation so important for any success.

That being said, let’s take a look at some of the best Bumble responses for guys when she says “Hey”.

Hello, how are you?

I know, total shocker. The reason for this response is usually because you’ve swiped a number of women and can’t remember anything specific that attracted you to her profile (kudos to you if you can). However, a general answer like this isn’t meant to plumb the depths of her mind or hit on something that she holds near and dear.

Instead, this response is used to get her talking. If you’ve recently received a match on your phone, chances are she’s actively using the app or has her notifications on. By sending a “Hello, how are you?”, you can seize a window of opportunity to chat with her live.

Timing is key in this response. Unless you’re massively more attractive than the girl who messaged you, the conversation will usually fall into a death spiral of “I’m good. And you? Oh, that’s good.” But this response buys you time to come up with something witty and engaging.

This is a great question that is a variation on “How are you?”. What makes it a great opener is that “life” is ambiguous. With this open-endedness, you force her to qualify herself. And if she doesn’t feel like doing so, she might just tell you how she is at the moment (which should be “great” because she has an opportunity to talk to a handsome devil like yourself!).

Be forewarned: If she responds with “terrible”, she might be one of those unstable types that are best screened out (unless she has a creative reason for saying that she’s in a bad mood…).

Are you as cool as I think you are?

This response is a bit of a litmus test for a woman. While it may seem like a bit of a challenge, it works for some women who have high self-confidence. There are a number of logical gymnastics packed into this question:

What’s great is that, if she’s receptive, this question enables you to respond with an answer that requires thought - not just a canned response.

[Ask about one of her pictures] 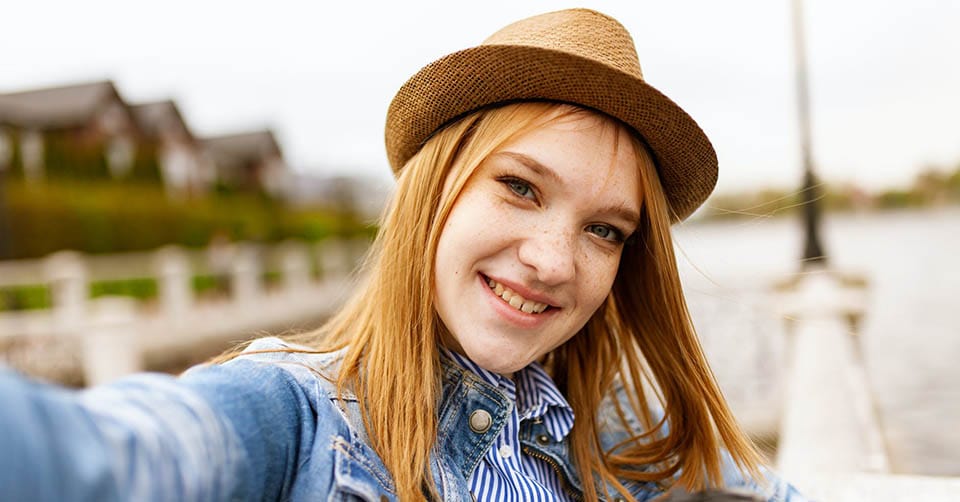 On Bumble, pictures leave clues to what a girl is all about and what she finds interesting.

If she included a picture of her in medical scrubs, for instance, you immediately have an “in” to strike up a question with. Or, she may have a picture of her in a national park, where you can compose a question that tries to find some common ground right off the bat: “Oh, is that Mt. Katahdin in your profile pic?” Even if you’re wrong, the information she offers in response can segue into active conversation.

What to Do If Your Bumble Conversation is Boring

Not all women live exciting lives or are the best communicators. Some women are simply better in person, often not knowing the best ways to convey what makes them unique in a dating app or how to show that they are interested in you. (And then again, some women ARE boring - you still can have sex with boring women, BTW).

If your Bumble conversation has all of the excitement of a dead fish, you may want to inject some sexual energy into the conversation by flirting. Flirting helps polarize women into either a) being sexually attracted to you, or b) not interested in you at all.

While flirting is a complex topic, an easy rule of thumb is to allude to a sex act without directly referencing the sex act. The idea is to stir the imagination.

While it is a fairly overused cliche, “That’s what she said!” is a phrase that illustrates plausible deniability and double-entendres that is the backbone of flirting. Or if you want to take a cheat code from one of the best sources of wordplay (country music), use the phrase “If I said you had a beautiful body, would you hold it against me?”

And if she doesn’t respond to flirting, you may want to cut your losses and move to greener pastures.

Am I boring you? 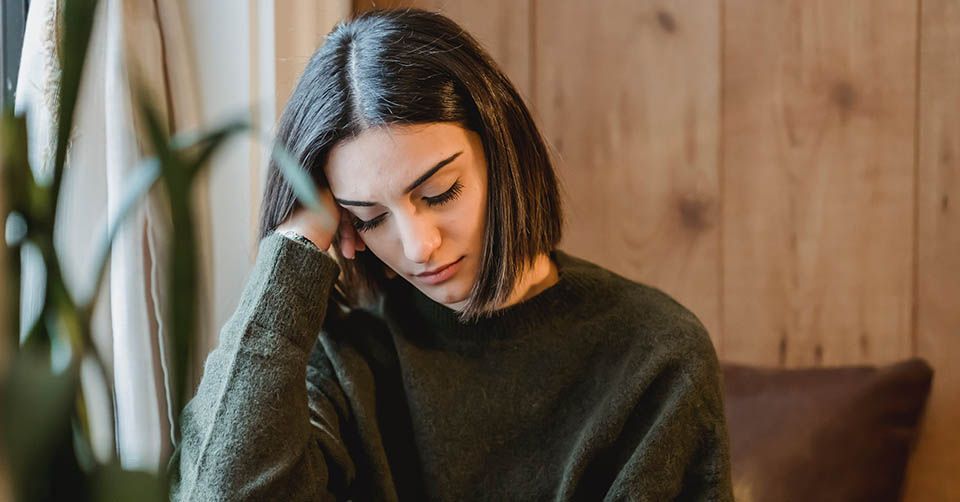 So the conversation was going well but is starting to stall. What do you do? Go nuclear.

If she perks up, the tedious medium of texting might be the problem, so push for exchanging phone numbers (see below) or meeting up. However, this can be a great way to eliminate any time wasters and move on.

This is a Dale Carnegie quote from the book How to Win Friends and Influence People. There’s an entire chapter dedicated to his approach of reawakening someone’s interest simply by actively listening to a person and asking them pointed questions about what they love. You’d be surprised how effective it is to make someone like you while also learning something interesting about a new person.

If you’re getting bored, chances are that you aren’t asking the right questions to elicit a response. If you’ve hit a boring patch with a girl, scroll up to see her previous messages and see what really got a response out of her. Either bring the subject up again to renew her interest or try to parlay that topic into your goal (which should be meeting up).

For example, if you found out she really loves horses, you might want to ask her “So when do we get to go for a ride? Or, use a joke like “Did you hear about the Kentucky Derby winner this year?” and have the joke ready to get her laughing.

Take the conversation to the real world

ABC is a salesman’s tactic that means you should always be trying to make your customer - in this case, a girl on Bumble - sign on the dotted line. For Bumble, this means ultimately meeting up for a first date. No one talks on Bumble forever, and you should be wary of girls who prolong conversation beyond a day or two.

Furthermore, ABC in terms of Bumble essentially means “change locations to communicate”. This can be done digitally simply by exchanging phone numbers (it’s a lot easier to chat by phone and you can send racy photos, too). This escalates the conversation, which is part of any modern seducer’s game plan.

Or, you may just want to set up a date or meetup right then and there. Part of ABC means that you should strike while the iron is hot. If you’re both at a large event, such as a convention or a festival, you can skip the phone numbers and meet someone right then and there.

While it’s usually deemed unethical to simply just cease conversation, it may be worse to insult someone or lead them on. This is especially true if they’re legitimately interested in you but you don’t want to pursue the conversation anymore because they’re boring. Let them unmatch you or do it yourself.

As you can see, talking on Bumble can be tricky. However, using what you’ve learned in this article, you can gain a broader perspective on what goes on from a woman’s perspective. So the next time you’re wondering how to respond to hey on Bumble, use the tips in this article to make your conversations more interesting.