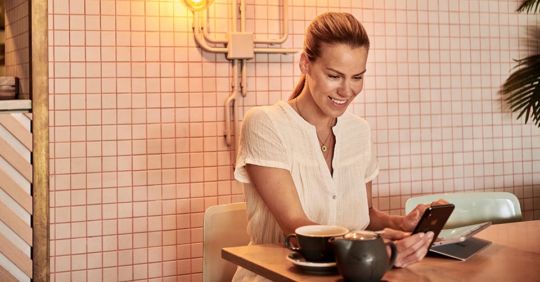 As one of the world’s great capital cities, London has everything. From its cornucopia of ethnic foods to its matchless bar scene, it’s one of the great date cities. Unfortunately, like everything else in London, dating is expensive here. Even more so if you’re going out every night to meet people. This is why so many are turning to dating sites in London.

Whether you’re high-rolling in Chelsea or sharing a seven-person flat in Lewisham, online dating just makes sense. Besides being a more economical choice, it also opens all kinds of romantic and casual options. There are great dating apps in London for casual encounters, as well as excellent sites for meeting a spouse. If anything, there may be too many options.

This is why we’ve written this article to help you figure out which apps and sites are right for you. Annoyingly, there are far too many terrible dating apps on the market. And even among the decent ones, there are inevitably going to be ones that don’t fit your needs. Who has time to research every app out there? Well, we do, so we did.

Read on to find out which ones we’ve called the best dating sites in London. We’d bet good money one of them is going to be your new best friend.

Most people who use dating apps only care about the quality of women or men they can meet. Obviously, that’s important, but generally that’s a reflection of other factors. For one, the more popular a site is, the more likely you’ll have decent matches. But it’s not just the users that make or break a site.

If you’re planning on doing a lot of online dating, you’re quickly going to realize how important site usability is. Some sites, particularly the older ones, can be very user-unfriendly. They can be incredibly frustrating to use, even if there are attractive people. And then there’s the effectiveness of their matching algorithms. Not all dating sites are the same.

Considering all that, here are the dating apps in London that get real results.

#1 - eHarmony (Android, iOS) is among the best dating apps in London for singles looking for a relationship

The old ways of meeting people have long gone out of fashion. Making eye contact across a room and falling in love is a nice movie scene, but it doesn’t happen anymore. You’re more likely to get glassed at a pub than meet the girl of your dreams. It’s far cheaper (and safer) to date online. The roughly 15 million users on eHarmony would agree.

People turn to eHarmony when they’re tired of the dating scene and just want to find the “one”. That’s because eHarmony has the best track record of any London dating site for creating marriages. A full 70% of regular users meet their spouse within a year of signing up. If you’re looking for wedding bells, you should be using eHarmony.

Why eHarmony is one of the best dating sites in London

#2 - Match (Android; iOS) has been creating love for decades

In April 1995, John Major was the PM, Ross and Rachel hadn’t started dating, and the iPhone didn’t exist. What did exist, though, was Match, one of the first dating websites. Back then, it was known as Match.com and it was a strange way to meet someone. All these years later, the creators of Match have proven to be visionaries.

While tons of competitors and copycats have launched since the 90s, Match remains a top-notch dating site. And now it’s an app. Quite a few older sites never adapt to the times. But Match is constantly upgrading and adding new features to remain relevant. If you’re looking for love, Match has the experience to help you find it.

Why Match is a great dating site

At any given point, there are literally hundreds of thousands of Londoners looking for a shag. They don’t want something complicated; they don’t want commitment. They just want to get their rocks off. For those Londoners (as well as tourists), we can’t recommend Adult FriendFinder enough. It’s the original casual dating website.

The pleasure of AFF is that it’s uncomplicated and extremely straightforward. There’s no pretending like you might be interested in a relationship. Everyone on the site is just there to have some fun, in whatever form that might take. It’s such a simple, winning formula, AFF hasn’t really changed much in over two decades. They don’t even have an app!

If there’s one thing most Londoners have in common, it’s a hectic lifestyle. Between work, social engagements, family, and Netflix binges, setting aside time for meeting multiple dates a week is unrealistic. Coffee Meets Bagel is a dating app that gets your time is finite. It aims to make sure your online dating experience is as streamlined as possible.

Instead of swiping through hundreds of photos, CMB selects for you. Men are given a couple dozen potential matches every day. Then, women are given just six matches from the men who liked their profile. By limiting choices, users actually take time to engage with their matches. No more being ignored by an indifferent user who just randomly swiped on your photo.

Why Coffee Meets Bagel is worth trying

You’ve quite possibly heard of Bumble as “Tinder for women.” It’s not really a fair description. It’s true, Bumble is the app that requires female users to write the first message after a match. This keeps men from bombarding women with messages and pictures, so the ladies do like Bumble for that. But plenty of men love it too.

The issue with swipe dating apps is it’s easy to match with someone who wasn’t really interested. For guys, that often means sending a message into the void and never getting a response. You never know if she didn’t like you, or thought your message was dumb, or just left the app. With Bumble, the first message pressure is on the woman, and that’s a big relief for lots of guys.

Why Bumble is worth trying

The Best Hookup Sites in London 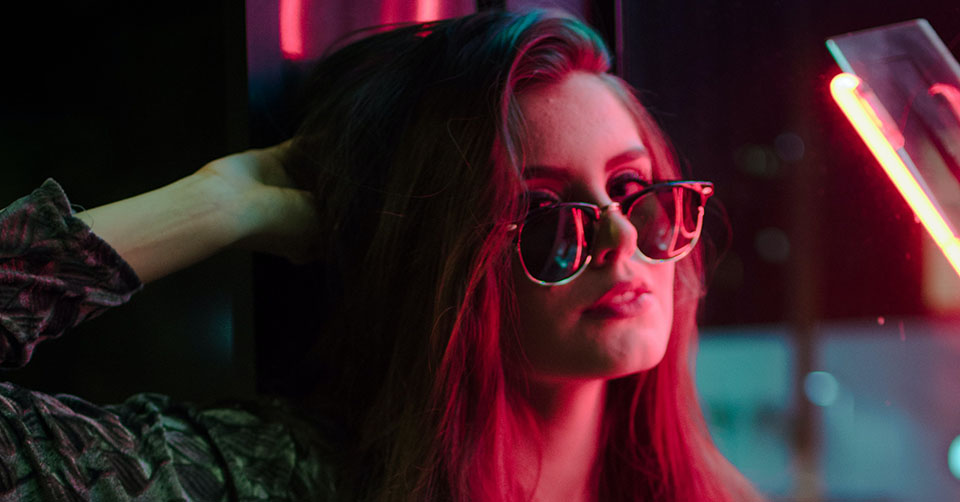 Just because you’re not looking for a long-term partner, doesn’t mean you can’t enjoy online dating. There are tons of London hookup sites, and though many aren’t worth your time, there are some good ones. Here are the best casual dating sites in London:

Check out AFF for casual dating and one-night stands

Having been around since the 90s, Adult FriendFinder has seen its fortunes fall and rise a few times. AFF was the original casual dating website, long before apps like Tinder came around. As such, for many years, it was the best way to meet potential partners online. Then the app revolution happened and AFF faded into the background.

But AFF is still here, and it’s honestly as good as it ever was. So many people get frustrated with the apps because of the miscommunications. Is your match looking for a relationship or something more physical? With AFF, you never have to wonder. This site is for nothing but casual fun. That’s why it’s still one of the best casual dating sites in London after all these years.

Tinder is especially popular among the uni set

Whether you’re studying at UCL or Birkbeck College, you’ve likely used Tinder. If not, what are you waiting for? The most popular dating app for twentysomethings, Tinder makes casual dating as simple as a finger flick. Our one caveat: it’s definitely an app for younger users. Anyone over 30 will struggle on there (but there’s always AFF).

The Best Dating Sites in London for Relationships 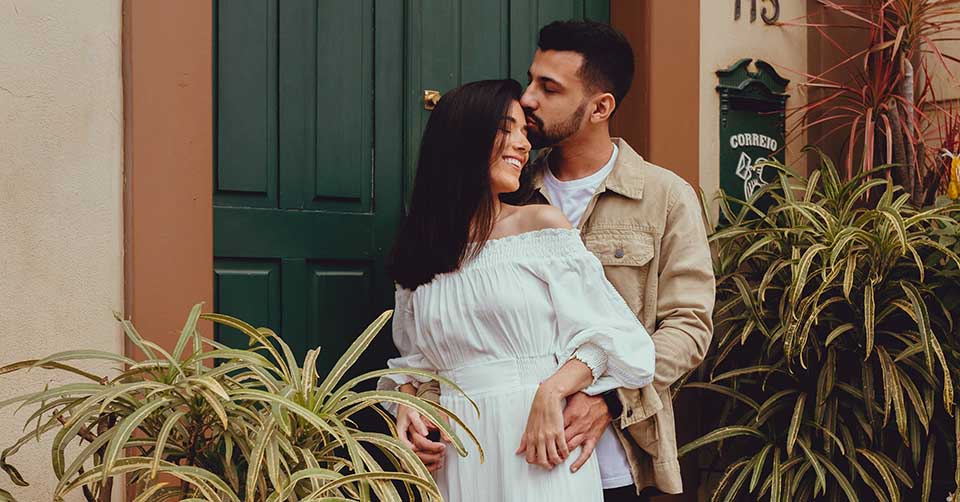 There are London dating sites for all types of niches and preferences. Only a few will actually increase your likelihood of meeting the love of your life. These are the best dating sites in London for finding true love:

eHarmony has an unbeatable record for matching future spouses

When you’re ready to settle down and find your spouse, eHarmony is waiting. Having already helped millions of people find their forever love, this is the site for people looking to get married. With an amazingly intuitive matching algorithm, eHarmony delivers on all its promises. So, what are you waiting for?

Hinge was “designed to be deleted”

Hinge wants to be the last dating app you ever use. That’s what their motto, “designed to be deleted,” means. With a mix of helpful prompts and ice-breaking features, Hinge is making online dating less awkward. Beyond that, the app tracks your experience so that it can make better recommendations. Give Hinge a couple months and it’ll find your perfect match. 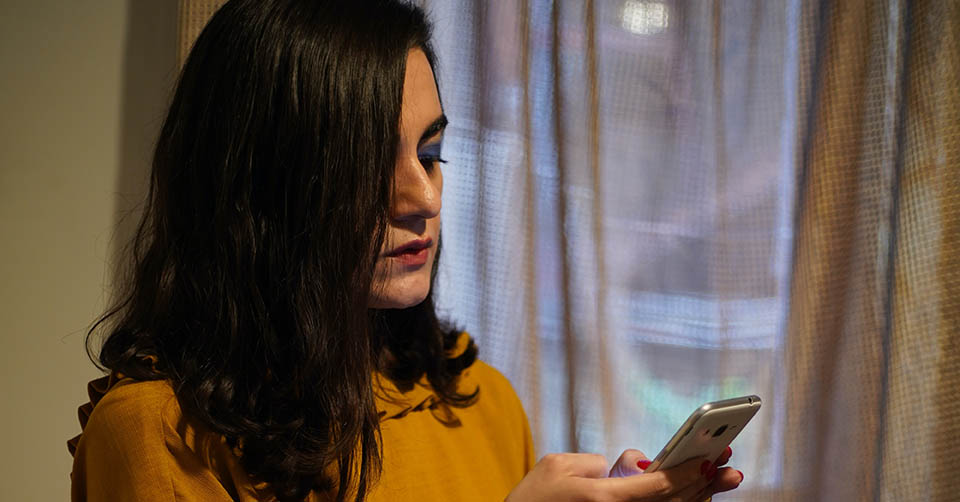 Some of you reading this article are just thinking, “Tell me about the best free dating sites in London already.” Fair enough. London costs heaps of dosh, you don’t want to fork over even more money on an app. We certainly appreciate the concern. But we have to be honest, most free dating sites are absolute garbage.

As the saying goes, you get what you pay for with most free dating sites. Either they barely function until you agree to upgrade, or they’re full of bots and spam accounts. There are some dating apps that offer a genuinely good free experience, but not many. So, which free dating sites in London are actually worth your time? Here are our top picks:

Whichever dating sites or apps you end up choosing, we wish you the best of luck. It’s not always easy, but if you stick with it, you may find the love (or lay) of your dreams.