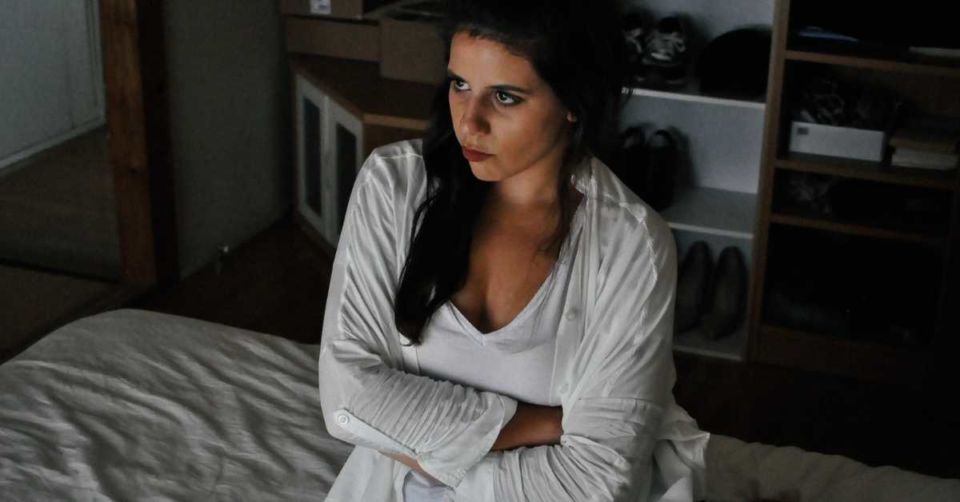 We're not about having sex with every hot woman you meet. We're about reclaiming your power as a man. We're about YOU choosing the women you're interested in.

So, here are Top Ten Signs That a Woman is Bad News so you know what to avoid. With a bonus "What to do before you move on" if the situation is fixable.

The Major Signs A Woman Is Bad News For Guys

She only has male friends. She flirts with some of them. She says she doesn't like women, or that they are threatened by her. (This is different from having mostly male friends, which is fine, especially if she works or goes to school in a male-dominated field).

BEFORE YOU MOVE ON: Nothing. In my experience, women without any close female friends are bad news. They're trading on their sexuality to make friends, and other women don't see anything valuable in her. Don't buy the "other women are threatened" argument. I've dated some of the most beautiful women I've ever seen, and none of them lacked for female friends.

She loves to text but goes silent as soon as you suggest meeting up, and never answers the phone.

She seems to be incapable of solving any problem herself. Everything is always a crisis, and even if you suggest solutions, she's only interested in dropping the problem in your lap. Yet if there's something really important to her, she'll figure out how to get it.

BEFORE YOU MOVE ON: Nothing. Run. She acts like this because she's selfish, needy, manipulative, and lazy. Even if you "fix" the problem-solving behavior, you're still left with a toxic personality.

Like dating your friend's ex-girlfriend, dating the princess will only bring extra drama into your life.

There's nothing wrong with open relationships, but if she's supposed to be faithful and isn't, that's a problem even if you're not the guy she's cheating on. It sounds obvious, but few men use this information. They focus on where their girlfriend is and who she's with (which aren't even the second most important factors) instead of using proven cues to date someone who isn't a cheater.

BEFORE YOU MOVE ON: Nothing. As long as you're not trying to be her exclusive boyfriend or be in a position where you have to trust her, you're fine. If not, move on.

Every time something goes wrong, she'll call you. She'll share intimate secrets. She compliments you all the time. But if you try to take things further, you get "let's just be friends". You're not her boyfriend; you're her therapist.

BEFORE YOU MOVE ON: Stop. When she complains about something, tell her "that's got to be frustrating. I can totally relate. But I have confidence in you, and I know you'll be able to solve this." And then change the subject. Do this every time.

Has she ever gone through your phone without permission? Does she get passive-aggressive when you do things without her? Does she make cutting comments about other attractive women?

BEFORE YOU MOVE ON: Call it out. Say "I feel like we have different expectations here" and explain how her actions make you feel. Maybe her ex let her get away with this sort of thing, but be clear that it's not for you.

Everything is always A Big Deal. Conflict is always around the corner, but the timing, intensity, and cause are often unpredictable and mysterious. She needs attention like you need air.

BEFORE YOU MOVE ON: Nothing. This is not going to change. Some women are just like this. Some men don't mind. Let her find one of those guys.

She's always busy until she suggests something, and she won't let you change the plans. The "something" is always a charity event, networking function, or somewhere she wants to see and be seen. She spends half of the time talking to other people. In short, she's using you for social proof.

BEFORE YOU MOVE ON: Are attractive women at these events? If so, redefine her from "someone I'm trying to date" to "my wingwoman/social proof". If not, set boundaries, e.g., "I'm not really in the mood for [whatever] - I was thinking of [better idea]. What do you think?" Eventually she'll either play ball or disappear.

Most women want a guy who is at least somewhat successful, and there's nothing wrong with that. But for a gold-digger, money is the only thing.

BEFORE YOU MOVE ON: This one is easy. Don't take her to expensive places or buy her expensive things. If she sticks around, you've misjudged her. If she doesn't, problem solved.

A close relative of "the patient" but she's not necessarily trying to put you in a box; she's just morose and miserable. If there's nothing in her life to whine about, she'll tell you about a friend's trauma.

BEFORE YOU MOVE ON: If she's genuinely depressed, that a medical thing. You can suggest she seek help. Otherwise, just move on. Now think how much she's killing your inner game.