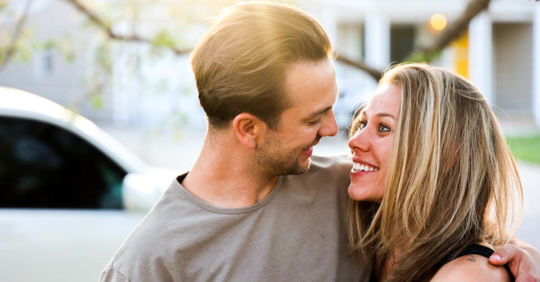 If you’re starting a relationship or just met a girl you’re hooking up with, you may want to know how to make your shared experience more affectionate. The simplest way is to start using pet names and terms of endearment, creating a name that makes her heart perk up and deepen your bonds. The only problem is finding the right name.

Using a name that doesn’t fit or is something that she doesn’t like might scare her off. Or, at the very least, she’ll start to suspect that your emotional intelligence is a bit out of whack. Perhaps you’ve called a girl “babe” while trying to flirt via text, only to receive a confused-face emoji. Or maybe you tried “honey”, only for her to find it too blasé.

In this article, we'll take a look at the many answers to the question “What do girls like to be called?”

Why Do We Use Terms of Endearment and Pet Names?

Terms of endearment (ToE) and pet names are ways that human beings show affection to one another verbally. These names show that the person you’re with is different from the rest of the people in your life. And these names denote a different aspect of their personality, such as their sexual side, their tender side, their humorous side, and so forth.

Calling a woman “snugglebunny” might foster feelings of intimacy at one time, while these names can feel completely out of place (like during an IRS audit). That’s why men, when arguing with their significant other, often will use the name to elicit a favorable emotion, only to hear “Don’t SNUGGLEBUNNY me!”

There’s a psychological conditioning element to creating a pet name or using a ToE. Just as our parents used our full names to demand our attention or reprimand us, these names trigger emotions and behavior that we want out of others. And through their repetition of usage - particularly during or after certain events - we begin to respond to these names in just the same way that Pavlov’s dogs would salivate at the ring of a bell.

Pet names are also a form of subcommunication. If you’re in a group of people but want to tell your lover that you’d like to have sex when you get home (without others knowing), using a pet name that’s generally reserved for the bedroom can accomplish this purpose. Similarly, if you want to rein in her behavior if she’s getting too intoxicated, you can call her by a name you reserve for her more sober side without having to nudge her under the table.

Now you know why women enjoy the occasional pet name. It’s time to come up with what you want to call the woman you’re dating. Here are some tips:

Use the diminutive version of her name

The Reticular Activating System is our brain’s way of funneling out unnecessary information and focusing on what’s important. This phenomenon is best illustrated when we hear our name across the room and immediately snap to attention. And because our name is the most important thing to us, using it automatically gets a woman’s attention.

For creating a pet name, you can use a diminutive version of a girl’s name to take advantage of the reticular activating system and inject a sense of familiarity into it. An easy way to do this is simply add an “ee” sound (like “tree”) to the end of her name or choose a diminutive version. For example, instead of “Katherine”, use “Kathy” or “Kiki”.

What do girls like to be called? Literal pet names

Pets are a source of pleasure, so it’s no surprise that women enjoy being called names of cute animals. Consider “bunny”, “puppy”, “cat”, “kitten”, “doggy” and so forth as viable pet names that women enjoy. Because there’s an inherent sense of nurturing a defenseless and cute animal (a display of the paternal instinct), these names often compel women to feel a sense of comfort.

Names that start with a “B”

The answer is that some of the first sounds that we make as children start with this letter. “Baba”, “booboo”, “bubby”, “bottle” (usually pronounced “bo-uhl”), and so forth only require a brief vocalization and moving of the lips to achieve.

Of course, you may be thinking what this has to do with pet names, but consider the fact that these sounds (also “m” and “n” consonants) imply “neotony” - that is, a type of juvenilism used for sexual selection and mating. Reminding women of this semi-helpless state of being a child with a pet name or ToE starting with “b” subconsciously triggers a feeling of being cared for.

If this sounds far-fetched, consider why so many pop songs use “baby” as a universal placeholder for a woman. Or, why Disney used “Belle” for the female protagonist in Beauty and the Beast. How about “Bella” in Italian? “Beautiful”? “Boo”?

The list goes on, so you can’t go wrong with pet names that start “B”.

Okay, so now that you’ve got some ideas of what girls like to be called in general, what should you call a girl when you’re not yet dating?

What her friends call her

If you haven’t started regularly dating her, you may want to call her what her friends call her as a safe route. This helps her drop her defenses and disarm her without overstepping your bounds from the get-go. If you aren’t aware of what name her close friends use, simply ask “what do your friends call you?”.

Depending on where you live in the world, there are basic names you can use that imply a familiarity without coming on too strong. For instance, if you live in the southern states of the U.S., it’s not uncommon to call a woman “shug” (like “sugar”). In New Orleans, “cher” (like “share”) is used. In urban areas, “girl” works just fine. And if you’re in the UK, “love” is an acceptable name for a woman.

Bear in mind that unless the girl knows your intent, mixing up these names may lead to confusion. For example, if you call a girl “love” in the United States, you may scare her off instead of endearing her to you.

There’s a fine line between teasing and being mean, but bringing a sense of fun into a new relationship can be a great way to get a girl comfortable with you. It’s best to use a teasing name that is the complete opposite of her persona to get her to smile. For example, if a girl is relatively meek and reserved, you can use “party girl” or other variants.

Be careful not to overuse these or say them in a harmful way. But they can add some spice without being a jerk - something women appreciate to understand how well a man navigates social dynamics.

What to Call Her When You’re Hooking Up?

If you’ve managed to enter a sexual relationship, it can be very tricky to know what a woman wants to be called. Sex names can be difficult as each term is loaded with her own experiences. For example, if she experienced sexual abuse in the past and her abuser used the name for her, STEER CLEAR.

Of course, this brings up an important point: How do you know what is off-limits or a turn-on?

Some women are submissive by nature and will respond to whatever name you give them. Others may stop intercourse if you call them a “slut”, “bitch”, or similar - especially if they are actually a “slut” or have an unappealing “bitchy” side.

That being said, here are some general pointers:

In the heat of the moment, you may just want to say whatever comes to your mind. If you’re wrong, you’re wrong - and she’ll probably take the time to call you out on it. But unless she is an unreasonable person, you’ll probably be given another chance. Just don’t say the name again...

There’s no shame in not being a mindreader. Simply ask her what she’d like to be called during sex. You may be surprised that she has a sexual persona that she has a name she can’t wait for you to use. Or, she may respond with “I don’t know”, which gives you enough leeway to call her what you want - and if she acts angry at your choice in the heat of the moment, at least you asked…

A less conventional thing girls like to be called: Her shadow

Our sexual sides are often considered what psychologist Carl Jung called “the shadow”.The shadow is an interesting concept often referred to as “our dark sides”, where we keep our unappealing, repressed, or secret desires hidden from most of the world.

Consider the following examples of a woman’s sexual shadow:

If you’re just starting to hook up and don’t want to blow it, consider using neutral names, such as:

While they aren’t the most creative, they also won’t ruin the moment.

One of the biggest faux-pas that you can make in bed is calling the girl by the wrong name. To reassure her, use her first name just to check in from time to time. As a man, you’d be surprised at some of the hangups women have, and one of those hangups is generally feeling like “just another girl”. Dispel this notion by reminding her that you haven’t forgotten her name to make her feel special.

Things Girls Like to Be Called When You’re Dating

If you’ve started dating, understand that all of the aforementioned pet names are fair game. Because this person is familiar to you, you can use a wider range of names.

Not everyone is a creative genius or needs to come up with a ToE that’s 100% unique. In fact, it’s more about how you say it than what you say that matters in making the girl you’re dating feel secure. If you’re at a loss for what to call your girlfriend, the following list is a great starting place for you to choose from:

Have you ever watched a parent reprimand a child in public by calling them by their first name, middle name, and last name? “Jane Mary Doe, get over here this instant!”

By using her full name, you can inject a bit of humor into your relationship - especially if you use her full name at an inappropriate time. Try it out in the bedroom in place of a sexier name, or just drop it during normal conversation when you’re impressed with her behavior (“Well, Ms. Jane Mary Doe, I must say I’m absolutely impressed by you.”).

So what do girls like to be called? It depends. But we’ve narrowed down some options for you to consider.

You can see that there’s no consensus of the perfect name to call a woman you’re involved with. As stated, it’s not what you say, it’s how you say it. Every woman is different and has her own preferences. So have fun exploring new levels of intimacy by trying out variations that suit your relationship dynamic.