Why Girls Like Attention And How Guys Can Use It 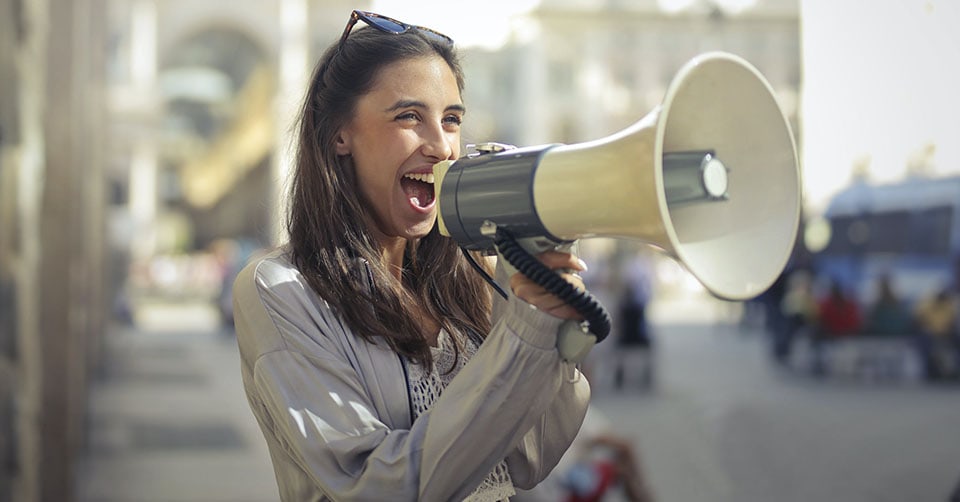 Dating has a lot to do with social dynamics and a large part of that revolves around attention. We get a lot of people asking why girls like attention so much and the answer is more complicated than you think.

First off, it’s not just women that like attention, we all do. Humans across the board like to feel like we’re at least worthy of being noticed. Second, it depends on the type of attention being given and received and what that means for everyone involved.

To stay on topic here, we’re going to focus specifically on why girls want attention. The better you can understand this and how to best satisfy it, the easier your dating life will become.

There’s a huge difference between the various types of attention seeking you’ll come across and what motivates them. More importantly for your dating life, knowing which type you’re dealing with can guide you on what to do next.

Today, we’re going to stick to the two main types you need to get familiar with to help your dating life. Whether you’re using dating apps and websites or you prefer to meet women out and about, this article applies across the board.

We all have at least one friend who’s prone to this. Frequent bikini photos on Instagram, heavily-filtered pics on Snapchat and constant monitoring of her social media. Desperate for attention from anyone and everyone.

This type of attention seeking often comes from an unhealthy place. Generally (not always) it comes from a place of low self-esteem — seeking validation from others in place of self-worth.

Although women in this position will happily accept validation from you, it’s really not about you at all. She’s looking for this attention from wherever and whoever she can get it.

She needs to be the center of attention

One obvious sign you’re dealing with an attention seeker is her need to make every conversation about her.

Mentioned that you just got back from Mexico? “Oh my god, I was there two months ago and we had the craziest night. I went to this club with my friend and. . .”

I’ve met more than my share of people like this in the past and it can get exhausting to be around. No matter what the topic, she just has to one-up it to make sure the attention is on her.

“I just got back from the music festival and I’m exhausted!”

“Yeah, I got free tickets to a festival last month. My friend knew the opener so we got to go backstage then ended up going to Vegas on a private jet with one of the DJs.”

She enjoys making a scene

For most people, drama stops being enjoyable by late high school. For some, this drama is another way to generate some attention, maybe even feel relevant.

If she seems to have some kind of dramatic story or some kind of new drama every time you talk to her, that’s a pretty clear sign.

She’s a little too interested in her social media

Most of us use at least some form of social media every day and that’s perfectly normal. For the unhealthy attention seeker, their social media starts to become their personality.

Everything she does has to be posted to at least one platform. Every notification must be viewed immediately. If you’re the type who prefers to keep their phone in their pocket most of the day, you’ll notice this trait very quickly.

Don’t be afraid to set boundaries early or you might find yourself staring at the back of her phone a little too often.

She’s not interested in anything that isn’t about her

Another huge sign that she’s that type of attention seeker is the fact she’s nowhere to be found if something isn’t about her.

When you’re moving house, dealing with a difficult time or celebrating something important, she’s “busy”. Unless, of course, she has the opportunity to make your celebration about her.

“Let’s celebrate at ABC bar, my friend works there and he’ll totally give me free drinks all night.”

How to Deal with That Type of Attention-Seeking

Specific to dating life, there are four things you need to be mindful of with this kind of attention-seeking woman.

Decide if you’re okay with it

It can get irritating but isn’t inherently a deal-breaker for everyone. This trait is part of who she is and only you can decide if it works for you.

It might be tempting to call her out on this trait or get visibly frustrated but that’ll only make it worse. Stay calm, try to understand where it’s coming from.

Don’t be afraid to have an honest conversation with her about things if it starts to get on your nerves too much. Just make sure you aren’t trying to turn her into someone else.

If you need to, walk away

“There are plenty more fish in the sea” and other such cliches. If her attention-seeking is wearing away at you, there’s no rule saying you have to stick around.

How you choose to handle this type of personality is entirely up to you. If you’re into her, giving her that bit of attention can open the door to learning more about who she is. Just be careful you don’t end up getting friendzoned and used purely for validation.

Signs a Woman Wants Your Attention (Because She Likes You)

This type of attention-seeking is clearly a great sign for you. She isn’t just desperate for validation from a warm body, she’s into you. Particularly when we’re talking about dating older women, she’ll do a great job of making sure you know it, too.

Depending on how bold she’s feeling, this could look like anything from regular texting to outright telling you. I’ve certainly had a couple of occasions where women have jokingly said “hey, pay attention to me!”

Since it’s rare that we’ll get signals telegraphed quite this strong, we’ll look at some more subtle signals in the next section.

She texts you often

Most friends and colleagues tend to text when there’s a specific reason. Making plans, asking a question or talking about something in particular.

On the other hand, if you find that she texts you all the time with no real purpose, this is a pretty good sign she’s interested. She enjoys seeing your name show up on her phone and getting to know you better.

She notices where you are in the room

This is an interesting human trait that you can’t unsee once you’ve been made aware of it. When we’re attracted to someone, we’ll subconsciously keep track of where they are in the room.

It’s nothing creepy and we’re all guilty of it, just not everyone is aware it’s happening. If you’re standing on opposite sides of the room engaged in different conversations, you might notice the two of you keep making eye contact.

That’s because at a subconscious level, she’s craving your attention and wants to know where you are.

She directs a lot of her questions to you

You’ll notice this even more if you’re the quiet type in a group conversation. Rather than asking a question to the group and having someone answer it, she’ll specifically ask for your opinion.

Not only does she value your opinion, but she’s also trying to engage with you more directly and make sure you’re noticing her.

She wants to be near you

Although not always deliberate, when she wants your attention, you’ll often find her physically close to you. This is another broad human trait, thankfully one that’s easy to pick up on, even for the most oblivious of us men.

She specifically invites you out to things

If she invites you to a group event, it’s hard to say if it’s anything more than as a friend. On the other hand, if she’s regularly inviting you to do things with her alone, this is a strong signal.

It doesn’t have to be date-esque, it could be something like “I need to go pick something up from downtown. Want to come for a drive?”

If she’s into you, she enjoys your company so it really doesn’t matter what you get up to.

What to Do with This Type of Attention-Seeking from Women

She’s into you, and maybe you’re into her too. When you’ve picked up on some of these signals from her, you want to make sure you handle it the right way. Assuming you’re just as into her, here are a few quick tips on what to do next.

If you’ve given no indication if you’re into her or not, she’s probably wondering if you feel the same. The next time you’re doing something together, tell her you’re having a good time.

Start inviting her out too. Don’t let this be a one-sided thing. Another great way to let her know you share the same interest is by inviting her out. If you’re ready to go a step further, ask her on a proper date.

You’re both adults and dating doesn’t have to be about convoluted signals. As things start to develop, don’t be afraid to talk to her openly about it. I assure you it’s not as scary as you think and she’ll appreciate it.

The next time you’re wondering, “Why do girls like attention?” stop to consider if the correct question is “why does THIS girl want MY attention?” She could be dropping countless hints that she’s into you. And if that’s the case, it may be time to address it!

By Charles Lee
Dating Expert
Charles is a Dating Expert and writer for Beyond Ages. After achieving great success with women in his 20's and 30's he decided to start sharing his success with other men who started off as he did. He is especially great at developing attraction to leave the "friend zone" and meeting women through dating apps.