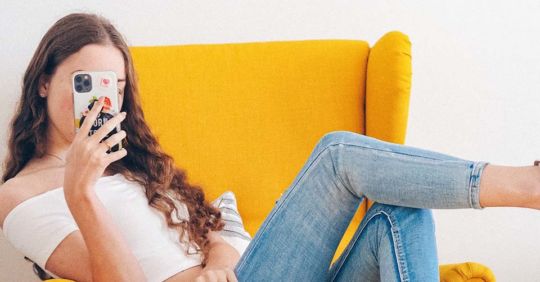 Do you know why guys say that Snapchat is a terrible place to meet women? That’s because they don’t know how to start a conversation with a girl on Snapchat. As it is with most dating platforms and social media sites out there, we now have a pretty good idea of what works and what doesn’t. And for best results, you simply need to follow what works.

As important as starting a conversation is, it’s equally important to know how to keep a conversation going on Snapchat. Keeping her interested—and enticing her to meet you face-to-face—is a whole different ball game. And yet it’s a game you can win if you simply—again—follow what works.

So let’s jump into this quick Snapchat guide on starting a conversation, keeping it going, and what never to do.

How to Start a Great Conversation With a Girl on Snapchat

Starting conversations with girls on Snapchat is actually quite easy. While not everyone will respond to your messages or Snaps, the ones who do will be worth your time—especially if you follow the tips below to pique her interest.

The #1 mistake most men make on Snapchat is being nice. Put simply, women don’t like it. Whenever they meet a guy who’s too nice, friendly, or accommodating on Snapchat, they think one of two things:

So here’s Lesson #1: Avoid being too nice. Instead, learn to tease her, joke around, and have some fun with her. Doing so will make you rise above most of the other guys who are messaging her.

And she replies: “What’s wrong?”

And you ask: “Is it for Halloween?”

And if she’s not a complete stranger, she’ll laugh and call you a jerk. Congratulations—your conversation has started.

Try posting a Snap about something you know she’ll be interested in. It might involve her favorite food, activity, TV show, advocacy, etc. If it’s enough to make her chat you up or ask you a question, then it’s game on.

Common ground is always something nice to have when chatting with someone. Remember, she gets a lot of attention from men, but she shares something in common with only a small number of them. You’ll want to be one of those special few.

Use a bit of self-deprecation

Sometimes self-deprecating jokes can be funny, especially if she finds them relatable. It’s human nature—misery loves company, even on social media. If you have a good idea for a self-deprecating joke, it may be enough to start a conversation. She might feel the sudden urge to vent or share a bad experience with you.

Whether it's your first real relationship or you have a string in your past there are a few apps that dating experts recommend consistently. These are apps where you can meet great girls that want something long-term as well as those just looking to keep it casual:

Remind her of an inside joke

“Hey, your latest Snap reminds me of the Arby’s incident.”

On Snapchat, it’s so much easier to start a conversation with a girl if you already know each other—e.g. she’s an old classmate, co-worker, or acquaintance. That’s because you can share an inside joke—a running gag that only you, she, and a few others know about.

The more gossipy the inside joke is, the better. It makes her feel instantly interested in having a short chat with you. She’ll at least want to know more.

Running out of ideas? Then simply send her a one-second snap. It can be about anything—don’t worry about making sense or being funny. The goal is to make her ask: “Hey! What’s this about?”

When that happens, congratulations. You’ve just started a conversation with a girl on Snapchat—and all it took was a vague one-second video.

Of course, now you have a new challenge. You now have to carry the new conversation. A little further down, you’ll learn how to do just that, so be sure to read ‘til the end.

Here’s a fun and creative idea: Chat with her, but don’t use messages. Everything you send each other should be pics and picture messages. It makes for a fun conversation when you end up communicating effortlessly.

Check out this Pinterest collection for ideas. It should give you ideas, as well as some inspiration.

Reply to her story

This is probably the easiest path to a conversation with a girl. When she posts something new, post a reply or go directly to her. If she’s interested enough in you, she’ll respond and you’ll have yourself a conversation.

Unfortunately, many other guys on Snapchat are doing the exact same thing. And so the challenge is to rise above the noise and grab her attention in a way the others can’t. That’s not always easy.

So while it’s easy to send messages to many different girls by replying to their posts, you may get fewer responses. Use this strategy if you prefer to talk to women en masse.

Lastly, if you have no idea how to start a conversation with a girl on Snapchat, share some news she’d be interested in. Snapchat sends new Public and Sponsored stories your way all the time, so if you see something that might grab her attention, share it with her.

If she’s interested, she’ll reply to you, and you’ll have started a conversation. If she’s not interested, well, maybe try working on the 7 other tips above.

Now on to the next part: How exactly do you carry a conversation on Snapchat? The answer might surprise you.

How to Keep a Conversation Going on Snapchat

Here’s the first thing you should know: Keeping a conversation going on Snapchat may not be a good idea.

Why? It’ll all depend on what kind of relationship you want with the girl you’re having a conversation with. Do you want to see if she’ll be your next lover? Or do you want to just be friends with her?

It may be a good idea to keep things platonic between if you if she adds a lot of non-romantic value to your life. For instance, she might be a good source of business information or connections, or you might be part of the same circle of close friends. Expressing your romantic interest to her may ruin that valuable friendship.

If that’s the case, you can keep the conversation going as long as you want. And doing so is fairly straightforward:

Meanwhile, if you do want to date her, then you should only keep the Snapchat conversation going for only a few messages. Your goal should be to make her look forward to seeing you in person.

When she replies to your messages at least three times, and all of them feel positive, go ahead and invite her to meet up. “Hey, I’ll be in town Thursday. Let’s hang out so we can talk about it more.”

To wrap up, here are a few things to never do on Snapchat if you want to keep a conversation going:

It’s considered bad manners on Snapchat to post a Snap on your Story, and then send the exact same post in a private message. So avoid making this mistake: Either make a public post and wait for her to reply to it, or send it to her directly without showing anyone else.

This should go without saying, but don’t send her any dick pics. For that matter, don’t send her anything indecent and oversexualized. Not only does it not work, but it also ruins your chances with her for good.

Don’t get mad if she takes a while

And lastly, keep in mind that women don’t spend all day on Snapchat. So if she takes a while to respond to you, take it easy and don’t get offended. For that matter, even if she never replies at all, it’s no biggie. After all, Snapchat is a big place. Send messages to as many women as you like, and reward the ones who reply with a fun conversation and a date.

And that, my friend, is how to start a conversation with a girl on Snapchat. If you’re looking for your next girlfriend or lover on the social network, I recommend our comprehensive guide on getting girls on Snapchat.