How to Tease Women Like An Expert & Get Results (With Examples)

Would you like to know how to tease women, even older women? Even if you have some experience, there’s always something new to learn. It’s helpful to expand your knowledge so that you’re ready for the variety of situations you’ll find yourself in.

When dating older women, rarely is a date the same as another. Even if you have a proven date routine, each experience is a new one, since every woman is different.

If you're still struggling to find the right woman you need to try out our favorite places to meet single older women. Knowing how to tease a woman isn't too useful if you don't know any!

Personalities and vibes between women are rarely the same, even if they can be similar at times. Fortunately, teasing older women is something that never really changes.

How to Tease Women

You will always get results when you tease the women you’re dating. It works for women of all kinds and it doesn't matter if you met in a coffee shop or online (if you are interested in dating online, and you should be, take a look at our reviews and rankings of the best sites for dating older women)

In this article we’ll discuss how to tease older women without screwing up. It's the perfect way to attract an older woman if you have a sense of humor.

Apply what you’re about to learn and you’re guaranteed to improve your results.

Moreover, we know it’s no surprise to you that women love teasing.

Why Women Love to be Teased

Women in general love to be teased – especially older women. When done correctly, teasing allows you to build attraction, comfort, and rapport with a woman. The reason why they like it because teasing is fun. It can also be a precursor to seducing an older woman if you do it right.

There’s nothing more exciting in the world for a woman than to be teased by a man she’s strongly attracted to, because it pushes her emotional buttons and injects some spice into her daily life.

Haven’t you noticed how frequently women use their smartphones?

It’s a way for them to get their drama fix when they’re not currently gossiping or having an exciting conversation with someone.

Teasing a woman gets her out of the mundane cycle that is checking her social media for updates, or waiting to hear something new and exciting from someone she regularly talks to. Older single women love a bit of excitement with a charming young man!

As far as attraction goes, women like men with an edge – someone who isn’t afraid to take a mild risk when teasing a woman.

It takes boldness to tease, and as you know by now it’s one of the traits women find attractive.

You do need to make sure you're getting the timing and location right. If you're in some of the better places that single cougars are looking to meet guys you're all set. If you're trying to tease your bus driven while buying a ticket in a line of 20 people you might not have great results.

Tease Women Whenever You Can

It would benefit you to tease women whenever you can, especially because they actually encourage you to do it.

Let’s say your attractive coworker is telling you about her plans the upcoming weekend.

Her: I can’t decide if I should go to the concert with my friends, or see the play downtown. It’s such a tough decision!

You: You’re so indecisive, and it’s cute (smile)

Her: (giggle) You’re not helping me!

You: I didn’t know I was supposed to help you with this major dilemma (said sarcastically with a smile)

Her: (playfully slaps your arm) Jerk!

When a woman plays along with your teasing, she’s indirectly telling you to keep going and to keep doing it.

Of course the above was just an example, but there are millions of situations where you could casually tease a woman you’re talking to.

And the more trust you build with her, the more fun it will get and the better your results will be.

You’ll just have to make sure that at some point you take action, whether it be asking her out or making a move on her at the end of a date.

Teasing is an excellent way to build tension and anticipation, so it’s incredibly effective on dates.

But in any case, you should be teasing women whenever you can, so that you can practice for the older women you like most.

As long as you’re being playful, you’ll be well received.

Just keep in mind that the dynamics of younger women and older men are different. Check out our guide to know more about that.

How to Tease Older Women Correctly

There is no “one” approach to teasing older women.

There are many ways to succeed, and it’s mostly a matter of developing a fun vibe so that teasing becomes natural for you.

It’s difficult to plan teasing ahead of time, as you’ve probably discovered.

Teasing is usually spontaneous, and it depends on a few things for it to be effective.

Firstly, the more quick-witted and playful you are, the better your teasing will be.

Similarly, the more you develop your charm (your social muscle with women), the better you’ll be.

That’s why the best way to learn how to tease older women correctly is simply to practice it more.

Look to make the most of opportunities with your female friends, acquaintances, coworkers, and family members.

With teasing, you don’t always have to do it with a romantic interest.

In fact, some of the best (and often harshest) teasing happens between family members.

The kind of banter an older brother has with his younger sister often provides some great lessons in teasing for men to use with women.

Exaggerating a woman’s actions or mimicking her obnoxiously is also a recipe for memorable teases.

Even though we’re being general at this point, it would do you well to remember that these techniques are effective, and look to use them when appropriate.

Again, the more you experiment with different ways to tease, the better your teasing muscle will become.

How to Tease Older Women – Examples

While the subject of teasing is general by nature, it’s worthwhile to take a look at some examples of the topics and situations you should focus on when teasing older women.

For instance, if you’re younger than the woman you’re flirting with, it should be clear to her or established that she’s older than you. Though keep in mind that a lot of older women like to date younger men.

Instead of dangerously making a joke about her age, call her immature instead.

Actively look for opportunities where you can tease her on her “immaturity.”

Does she complain about something? Call her immature.

Does something trivial annoy her? Call her immature.

Does she tell you she’s starting to feel the alcohol already?

Call her immature, and say you’ll need to see her ID to make sure she isn’t a minor.

Memorize the following, because it will do you many favors when dating older women:

Of course, you should deliver this with a smile, especially if it’s a situation where you’re being sarcastic and she doesn’t know you well enough to know yet.

Another good example of how to tease older women is to give them reasons why you wouldn’t get along.

This works so effectively because it’s the complete opposite of trying to convince a woman why you’re a great fit for her.

By telling her directly in teasing fashion that you wouldn’t get along very well, it’s not only an exciting way to push her emotional buttons, but also make her qualify herself to you.

It gets her thinking something along the lines of, “Why does he keep saying we’re not a good fit together? Does he not see that I’m a desirable woman?”

This often makes her qualify herself to you.

So look for opportunities where you can establish a “we wouldn’t get along” dynamic.

Tell her that she’s too much trouble for you; based on something she said or did.

Call her bad news, or say that she would have a bad influence on you.

It’s good if she agrees – because she’s playing along.

Lastly, here are some tried and true teases you can use to great effect, particularly when you’ve created rapport:

It’s obvious that these are some childish teases, but that’s why they work so well. Paired with your youthful energy, this teasing is one of the many reasons older women date younger men.

Older women love this playful treatment – it allows her to feel some nostalgia from her younger days. 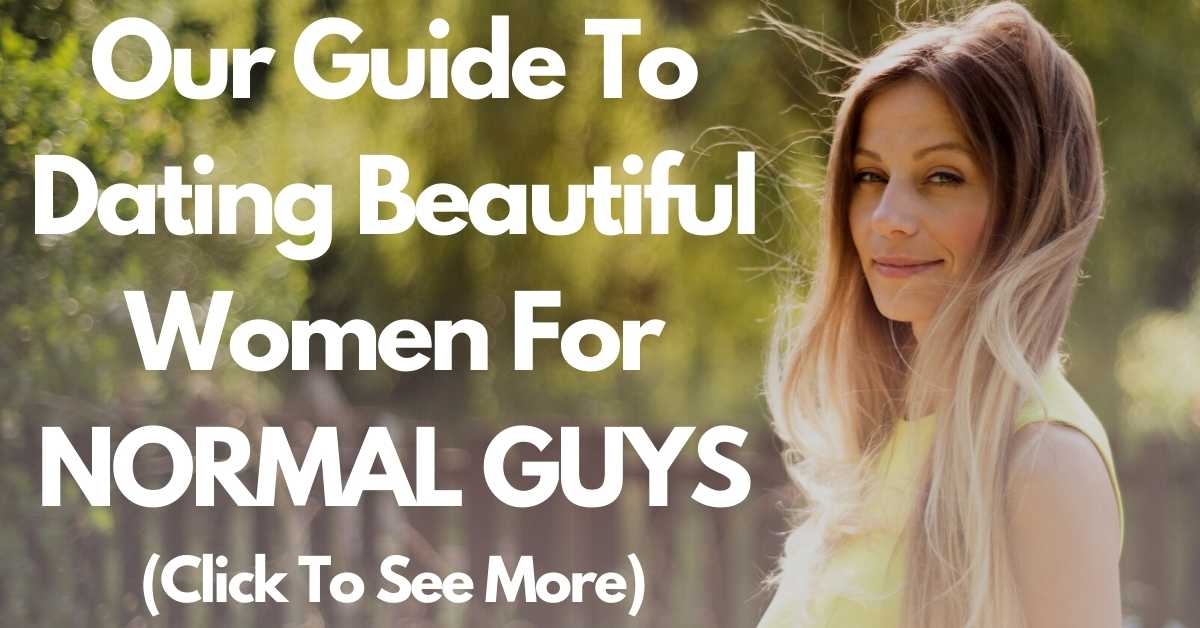 This would not be a proper discussion on how to tease older women if we didn’t mention the mistakes you should avoid.

Generally speaking, as long as you avoid doing something that’s out of place, you’ll be fine.

For instance, don’t call a woman you just met immature, even if you’re being sarcastic, because it’s unlikely she’ll understand you.

Teasing works best when there is already some mutual trust.

With that said, casual teasing (playful remarks) are fine in any situation.

In addition, another mistake to avoid would be excessive teasing.

Don’t feel like you should be teasing women every minute that you’re interacting with them.

It goes without saying that it would be unnatural.

Even if you try to tease women whenever you can, do it only when it’s appropriate.

Lastly, avoid teasing an older woman about her age or appearance.

Calling her immature or too young sarcastically is OK, but making real references to her age is risky.

And the costs outweigh the potential benefits of teasing her appearance in most situations, so don’t do it unless you’re sure that she won’t be offended in some way.

The best way to tease older women is to practice as much as you can so that you can refine your ability to tease.

It can take some time, but you’ll see the benefits right away.

Be playful with older women, push their emotional buttons, and you’ll start to improve your results immediately.