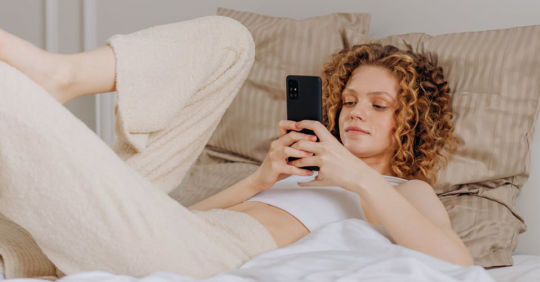 So pick-up lines can be a little outdated and cringy in general. BUT in the world of online dating, where interactions are quick and aplenty, pickup lines can help you catch a woman’s attention. So if you’re on Hinge and the usual hi, hello and hey up aren’t landing you any date, you could try out some of the best Hinge pick up lines to grab her attention.

Keep in mind that we’re not talking about cringy pick up lines here. Hinge users usually aren’t as heavy-handed on the one-liners as Tinder users are. So you won’t find lines like, “Hey, girl. Is your name Wi-Fi? Because we have a connection.” Instead, we’ll only give you examples of lines that women can respond to and might actually appreciate.

So let’s see Hinge can work for you and the best Hinge lines that are guaranteed to get you results.

How Hinge Can Work for You

For those sick of Tinder and Bumble, there’s Hinge. Hinge markets itself as “the dating app that’s meant to be deleted.” Its goal, according to its makers, is to help you find “the one” and live happily ever after—and, since you won’t need the app anymore, you go ahead and delete it. It wants to make dating effective instead of addictive.

What makes Hinge stand out is that it helps you find matches among people who are already within your social network. Think friends of friends of friends. The great thing about the app is that all your matches probably have a friend or two in common with you. So there’s at least that element of safety where you know that the woman you’re talking to is probably not some scammer or catfish.

Hinge also has the same functionality as Tinder where you swipe right if you like someone and left if you don’t. So yes, there’s still that focus on creating a good profile with good pics. But on the bright side, you don’t necessarily have to match to leave a comment on her photos or bio to get her to notice you. That is why Hinge remains one of the top dating apps out there.

Why Hinge is a Still a Great Dating App

Hinge is a better dating app than Tinder, Bumble, and others for a number of reasons:

Also, there’s no rule about using a number of dating apps to find romance in your life. Hinge forms a greater dating pool of women who may have been otherwise buried in more popular dating apps, or simply chose to avoid appearing on popular hookups to preserve their reputation.

The Most Recommended Apps By Dating Experts
(Aside from Hinge)

Hinge is a great option but it might now be the best for a lot of regular guys. Single guys that aren't using more than one dating app are missing out on tons of opportunities. So many women aren't meeting guys anywhere else. The challenge is finding a dating app regular guys can have success with. These are the best options right now to find a quality girl:

The Best Hinge Pick Up Lines Based on Her Age

The first thing you should do before sending out a message is to find out her age. According to Hinge, women of different ages respond more readily to certain opening messages than others. Here are your options:

If she’s on Hinge and is between 18 and 23 years old, novelty is your friend. The more unique and never-before-heard your message is, the more likely she’ll like it and respond to you.

Here are some examples to give you some ideas:

Some of the best Hinge lines are “what if” and “would you rather” questions to start the conversation. The more random the topic, the better!

Meanwhile, if she’s between 24 and 28 years old, the best Hinge pick up lines are lifestyle-related openers more than anything. This is the age when women are starting to live on their own, pursuing their own careers and crafting their own lifestyles. It’s something they love to talk about.

Some examples to help you craft your openers:

Touch on her hobbies, interests, and advocacies. There are few things women like to talk about more than themselves and what’s important to them.

For some reason, more personal openers and questions resonate with women between 29 to 35 years of age. Could it be because this is “mid-life” for many women, and they’re jaded from unmet expectations about the real world? Whichever the case, women in this stage seem to appreciate a listening ear and, perhaps later, a shoulder to cry on.

Here are some examples of personal opening statements and questions:

Ask prodding questions to get her to open up. Like everyone else, women like ranting once in a while, even if it’s to a guy they just met on Hinge.

For women 36 years of age and better, messages about pop culture seem to be warmly accepted. It may be because women of this age group have already found the balance they want in life, and now they can afford to relax and have fun. They’re “old enough to know better, young enough not to care, and experienced enough to do it right,” as the saying goes.

Here are some examples of pop culture-related messages to help you along:

Whatever you do, don’t bring up topics you wouldn’t bring up during Thanksgiving dinner—such as politics. The best Hinge lines are always those that create connections, not divisions.

If All Else Fails: Go for Food

Still at a loss about what to send her? If so, know that you can’t go wrong with food. Hinge found that food-related messages have about a 40% better chance of getting a response, no matter what her age group might be.

Need inspiration? Check these examples out:

By now, any idea is a good idea, so don’t worry if your opener is too cheesy. See what I did there?

More Great Hinge Lines You Can Use on Anyone

If you’re not a fan of basing your approach on her age, you can use of these more general lines. While these aren’t exactly traditional pickup lines, they’re at least engaging enough to get a conversation started.

This is going to come as a shocker, but sometimes coming off too-hot-to-trot on Hinge can work against you. The reason for this simple response is that it can help you break the ice without rocking the boat (puns intended).

A general question like this isn’t meant to plumb the depths of her mind or hit on something that she holds near and dear. Instead, her response is used to get her talking. Once you’ve got some back-and-forth, then you can try springing more in-depth questions.

Bear in mind that timing is key with this question. Unless you’re massively more attractive than the girl who messaged you, the conversation will usually fall into a death spiral of “I’m good. And you? Oh, that’s good.”

As a variation on “How are you?”, this question makes a great opener because asking how her “life” is going is ambiguous. With this open-endedness, you force her to qualify herself or open up honestly.

Be forewarned: If she responds with “terrible”, “tired”, or “sad”, she might be one of those unstable, pessimistic types that are best screened out (unless she has a creative reason for saying that she’s in a bad mood…).

Are you as cool as I think you are?

This and other similar Hinge pick-up lines are a bit of a litmus test for a woman. While it may seem like a bit of a challenge, it works for some women that have high self-confidence. There are a number of logical gymnastics packed into this question:

What’s great is that, if she’s receptive, this question enables you to respond with an answer that requires thought - not just a canned response.

Probably one of the best Hinge pick up lines ever made. Everyone likes to talk about themselves. And adding a little bit of urgency and playfulness from the get-go of messaging on Hinge sets the tone of the conversation

It’s a challenge, too, as women often will turn the question back on you, so have a witty comeback. “Cinnamon. Toast. Crunch” or other nonsensical answers are a great response

“The answer is yes. What is the question?”

Looking to appeal to a creative or intellectual type? Open-ended questions like this are a some of the best pickup lines for Hinge that stokes her interest. Remember, women get hundreds of mundane, low-effort questions from men; having a unique question sets you apart and shows that you put time and effort into a question.

What is that [thing] in your pic?

One of the advantages of Hinge versus other dating apps, like Tinder, is that you can comment directly on each of a woman’s pictures (instead of just a general message). Pictures leave clues to what a girl is all about and what she finds interesting. The idea is that you’re drawing attention to something that she deliberately included to represent her online.

If she included a picture of her skydiving, for instance, you immediately have an “in” to strike up a follow-up question, such as “I guess that you’re a thrillseeker, right?”

Or, she may have a picture of her in a popular national park, where you can compose a question that tries to find some common ground right off the bat: “Oh, is that Mt. Washington in your profile pic?” Even if you’re wrong, the information she offers in response can segue into an active conversation about her love of the outdoors.

One of the best Hinge lines you can use isn’t a line at all - it’s simply striking while the iron is hot.

Remember, women love attention and if she’s on the app, that means she’s actively seeking a partner. With attention spans waning nowadays thanks to social media and a more fast-paced world, timing is everything. It’s very rare that you’ll message a woman and she’ll get back to you after a few days have elapsed. Your message will probably be buried under the others, and she may even feel a bit desperate dusting off an old message when there’s a fresh batch arriving in her inbox.