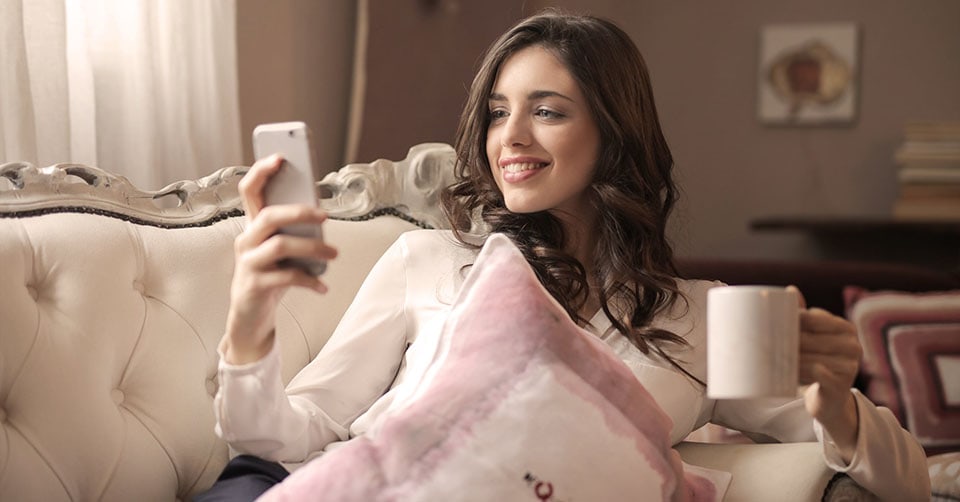 Tinder is currently the most popular dating app out there - and with good reason. Having the ability to match with a large pool of available women from the convenience of your smartphone increases the chances of finding someone who has mutual attraction. Whether you pique her interest by asking some good Tinder questions or just having an interesting profile, Tinder is undoubtedly a massive time-saver.

Communicating on the platform is a little tricky, however. Because you don’t know anything about these girls aside from their pictures and a brief bio, it’s up to you as the man to keep her interested and screen out the girls who aren’t a good match.

If you’ve got good Tinder questions, you’ve won half the battle. Who doesn’t like to be asked genuine and engaging questions? The only problem is: Which questions do I ask?

In this article, we will take a look at good Tinder questions to ask a girl, including great openers to spark her interest, questions to keep the conversation moving, and how to ultimately take her from a digital space to your place (or at least a coffee shop).

Openers are your gateway to stimulate her interest and set the tone for the  Considering Tinder is a “numbers game”, you can get by with “How are you?” if she is interested in you. But let’s be honest: it’s pretty bland and you’re more likely to weeded out as unimaginative.

Remember, Tinder doesn’t really follow the same rules and conventions that you would follow if you had met a girl in person. Instead, you build interest by saying the right things from beginning to end. Saying the wrong thing or asking a question that’s too personal - such as “Where do you work?” - can have her screening you out for her own perceived safety. So it goes, but Tinder’s purpose is to open up the dating pool while screening out the crazies and substandard males.

That being said, your opener should be witty but well thought out. The following are some good tinder questions and explanations to start the conversation off right:

This works because you can make her laugh from the outset. But you should have a good joke at the ready. As a cheat, you can simply copy/paste one from a quick search on Google, but make sure to space out the punchline so that she has time to answer (sometimes women know jokes - total shocker, I know!).

Not all jokes are created equal. A better joke is related to her persona or job with an approach that matches what you’re looking for (ie. sex, friendship, relationship). If she works as a gardener, you can tell her a gardening joke (think puns); if she’s a service industry worker, you can get a bit saucier and salacious.

Pointing out something interesting that a woman displays in her profile is a surefire way to spark a conversation that she enjoys. After all, that’s why she’s doing it - to attract a person who is into similar interests.

Even if you’re not fully versed in what she’s into, a quick Google search can help you make a more nuanced question. For example, if she has a picture of her playing the ukulele on stage in her profile, you can ask, “Where do you usually perform?”. She may be taken aback or forget that she put the picture in there, so be ready for a quick explanation. It shows that you have done your due diligence and that you want to know more about her.

Can you describe yourself in three words?

The point of this question is to get three interesting things about her, each of which are great jumping-off points to keep the conversation rolling (which will be useful in the next section - see below).

You can also flip this question to be more direct by wording it as “Quick: Describe yourself in 3 words - Go!”, which is still asking a question but modifying it to be playful (which is the name of the game on Tinder).

[Reiterate a question from her profile]

Some women leave questions in their profile, so why not reciprocate? Bear in mind that she may forget what she wrote, but the familiarity of it should be on her mind. And more often than not, she will flip the script on you and you’ll have to answer the question to satisfy her curiosity.

Good Tinder Questions to Ask to Keep the Conversation Going

Okay, now that you’ve managed to get her talking and you’ve sparked her interest, you want to keep the conversation going until you’ve built up a reasonable rapport (especially if she wants to start sending you pictures, which is not allowed on Tinder).

Open-ended questions are questions that can’t be answered by a simple yes, no, or any other single response. They’re broader and lead to more interesting questions to keep the conversation going. Open-ended questions give her the option of revealing her personality, and you can use them to gauge her interest level.

Closed-ended questions, by contrast, typically can be answered with a single word or from a list of multiple-choice options. They aren’t necessarily to be avoided, but if she’s an unimaginative communicator or the question is lame (Q: “Do you like the beach?” A: “Yes”), you may get unmatched or ghosted without warning.

Also, avoid “interview-style” questions. No one wants to feel like they are at work when they’re screening new partners, so try to keep the questions jumping from playful to serious, inquisitive to superficial, rhetorical to… you get the picture.

Here are a few examples of open-ended questions to ask a girl to keep the conversation moving:

What’s the most interesting thing about you?

Dale Carnegie has a great quote in his famous book, How to Win Friends and Influence People: “To be interesting, be interested.” The purpose of asking this question is to not only find out something interesting about a girl but to also be perceived as an interesting (and attractive) man that she needs in her life. And who doesn’t like to be interesting?

This question can backfire, particularly for young women or those with low self-esteem. Some women may say, “I’m boring haha”, which means that you might become her source of entertainment (a positive or negative thing depending on your disposition).

Do you have any secret talents?

Similar to the previous question, asking a girl about her talents is a great way to spark the conversation. She may reveal something personal that she doesn’t tell anyone, or she may impress you with what skills she’s cultivated.

Women with a sexual disposition may describe their sexual talents (“I can tie a cherry stem with my tongue”), which is a great way to steer the question into sexual territory - and then it’s time to get a room!

Where do you see yourself in X years?

This question is dangerous if not used correctly, as it is an interview question. However, I’ve used this question for college-aged women to great success. It tends to make women justify their current life path as well as communicate their worthiness to you. The secret to using this question is that you should have some commonality towards her path, which makes you a logical choice.

For example, if she says, “I see myself living in Boston,” you can offer your knowledge of Boston (“I know a great restaurant in Chinatown”) or some hook that leads to finding more about her.

Closed-end question + “and why?”

It’s hard to be perfect on Tinder, but if you find yourself asking a closed-end question, you can add “and why?” or “and why’s that?” to get her to open up. It’s important to be smart about this. If she seems reluctant to answer something, don’t push with asking why or you’ll end up turning her off (or end up with a pissed-off Richard Feynman on your hands).

If you were a/an [xxxx], what/where/who would you [xxxx]?

This is a good question format that can be used for playful or serious matters. Here are a few variations:

The object is to enable her to give creative responses. Remember, women want to be appealing to men, so giving her space to show off and stimulate your interest (even if you’re already all-in) is a plus.

What to Ask Girls on Tinder to Take the Chat Further

Ok, you’ve managed to get her talking and she’s interested. Now what? The following are some good Tinder questions to take the chat further:

Everyone hates Tinder because it’s a clumsy dating platform and feels a bit trashy (despite being super popular). Establishing commonality by shitting on the app creates a mini-crisis, with an easy resolution: exchanging phone numbers. The intent is to gradually escalate to voice communication or heavy texting (nudes, selfies, etc.), but you must build trust before popping this question.

Where do we go from here?

If the girl is a bit of a normie, it’s nice to throw this one unexpectedly amidst the back and forth banter. Even if she says “I dunno” or other variants, the idea is to have a quick follow up to capitalize on her attention. Remember, as you are chatting her up, other men are doing the same. Strike while the iron is hot and she might just give you her phone number, Snapchat, Instagram, or whatever. If not, ask for it.

Do you want to go on an adventure?

Who doesn’t like fun and mystery? The keyword here is “adventure”. Dates imply an appointment and seem more formal, but an adventure seems like a way for you to steal her away from the responsibilities of life and towards a life of excitement. You can set times and what you plan to do after popping the question (you better have a plan), but this question usually transitions off Tinder and into the real world.

Want to play a game?

Ask her a dumb question that’s easily answerable - such as “What is the capital of France?” The kicker is that you can use a reversal, such as “The F is the capital of France” to tease her, then offer your phone number. Cease communication from that point forward because otherwise you’ll get caught on Tinder, and it’s more than likely that you won’t get off the app before she gets too busy or bored.

This helps you get right down to business. Girls who use Tinder for hookups will typically be hot to trot, so it's up to you as a man to initiate the next steps. Have the logistics all ready to go - you may have a date within minutes if you live in the same area!