How to Cold Approach without Anxiety in 2022 (Plus Examples) 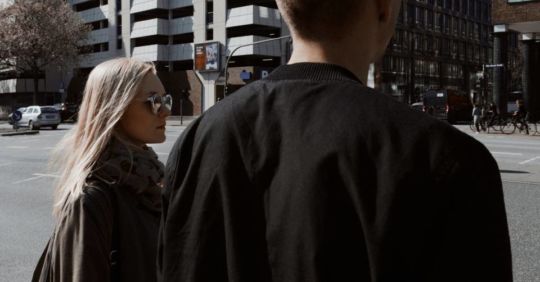 If you can cold approach women effortlessly on the streets, you are going to be really good with women. However, the majority of men fail at the cold approach because the idea of going up to talk to an attractive stranger overwhelms them. Secondly, the majority of your cold-approaching success is going to rely on how well you deal with approach anxiety.

How many opportunities have you and I missed as the years went by. She walks by and you tell yourself: 'I'll approach the next one". Thousands, if not hundreds of thousands by the years.

The Art of the Cold Approach

Let's assume you are an introvert that does not really have any other options. You aren't also a fan of the quality of women you get from online dating apps such as Tinder. There isn't any other alternative right? You're only able to get good at this through cold approaching and overcoming your approach anxiety. That's it.

A lot of guys are afraid of the cold approach and limit themselves to using dating apps. There are certainly some great dating apps for men that we've had a lot of success with but you need to be doing both. If you can get decent at both online and in-person attraction you're going to be successful. Really successful. 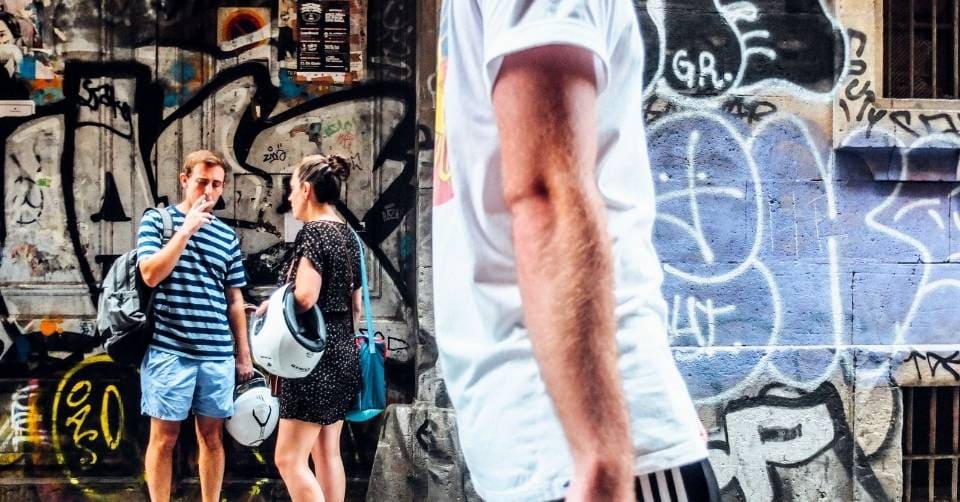 You're on a dating advice blog for a reason. You want to get better with your interactions with women. Look, this isn't a Disney movie. There's nobody coming to save you. It's your dating life that we're talking about. You need to decide to win. If you're half-hearted about getting your dating life handled (or any aspect of your life for that matter.) You are simply not going to win.

I want you to take out a piece of paper, and write your goals for your dating life. Yes, get serious about it. Can you hold yourself accountable for your life values?

There comes a point that you'll need to pull the trigger and just fucking do it.

Step 2) Put Evolutionary Pressure on Yourself

How many of us make internal life decisions but end up not following through? That's a lot of us. That's because you are still in your comfort zone.

I only started cold approaching seriously only after I signed up for a coaching program with a dating coach. If you can't motivate yourself, then use your own psychology against you. If you pay up half your bank account as I did in my earlier twenties, I can guarantee you're going to start approaching.

One other reason people procrastinate is that they lack sexual motivation. If you're watching sexual stuff every single day you're going to sit at home and procrastinate. The solution here is simple, cut down on your intake.

If all your friends mock you for attempting to better your dating life, then find new friends. In my later teens, I ran around introducing self-help books to my friends. They told me I was raving mad. I responded by getting a coach, audiobooks, and whatever material I can get my hands on. That pushed me to take action in my dating life. I also learned later in life that it's pointless to discuss self-development with friends and or family. 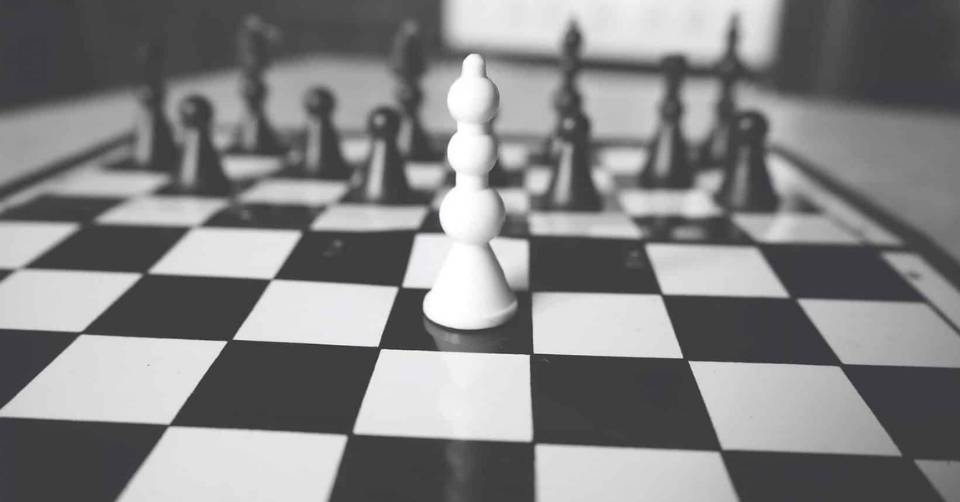 Step 3) How to Cold Approach Women

If you're socially awkward and never had positive responses from people or women in your life. Then let's say you're going to be crippled with approach anxiety. Only after learning the basics of dressing adequately and the ability to read basic social cues, you'll be able to approach successfully

I did an entire Youtube video on how to cold approach women even in a conservative culture such as Singapore.

In my experience, the reason why people get overwhelmed with approach anxiety is that they haven't made an internal decision. They either don't feel worthy of success in women themselves, or their fear of rejection/failure trumps the sweetness of success. You need to make an internal life decision. Now, and today.

You got to decide you are going to risk rejection for success. Furthermore, is there really real risk involved? There's only perceived risk. You don't lose money, a leg, or an arm by talking to some attractive stranger. There's no real inherent risk.

So, you have decided internally. HOWEVER, you realize going out and talking to the most attractive person you can find at the mall is daunting. So what you can do about it?

If you're dealing with unbearable approach anxiety, here's an exercise and a program that's going to help: 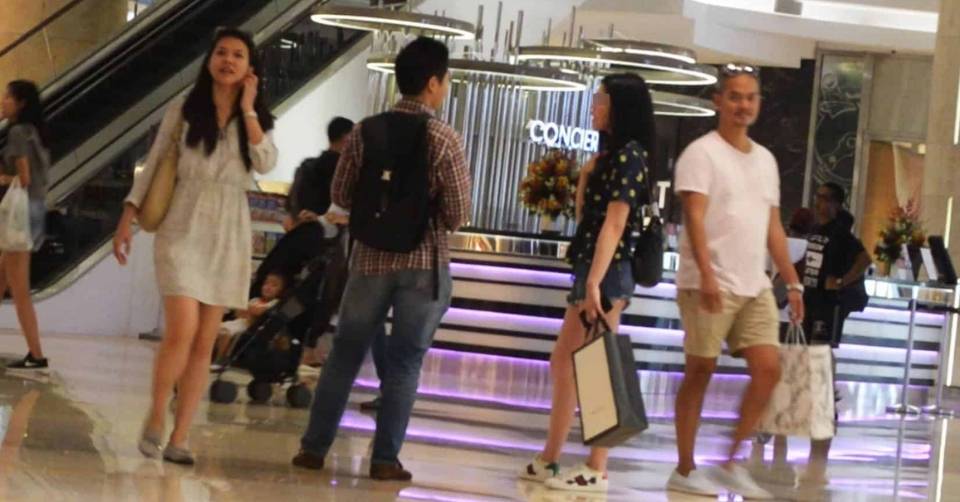 There are no hard and fast rules here. You can tweak the difficulty settings according to your cold approach responses and skill level. This progressive desensitization method is also a clinically researched method that's used across many therapeutical settings.

Note, if you're having huge issues with even talking to strangers asking for the time and directions. You should not be studying dating advice. You may need a therapist and/or talk to professional mental health workers. However, if you aren't then progressively moving your way up the ladder is going to help.

Step 5) The Reasons Why Most Men Can't Cold Approach

In my experience, the reasons why most men can't do cold approaches is not only because we fear rejection itself, but because the act of approaching is unconventional.

How else are you going to outperform if you did everything similarly 99% of the male population aren't able to directly approach an attractive lady on the streets, much less alone a nightclub or a bar. If it was easy and common, then everybody is going to be successful with women.

Unfortunately, it's not easy.

However, that is good news. If you're able to be competent in cold approaching. Then you'll outperform 99% of the men out there.

This is also true of many other skills not related to dating. For example, building a business from the ground up is extremely difficult. That is why only a small majority of the population are business owners. The option of running a business is not readily accessible to everyone.

I'm going to be a little philosophical here. Majority of your cold approaches, most of the time you're going to get lukewarm responses. IF you're doing it right, the ones that aren't interested are plainly going to ignore you, or maybe give you a negative response. You're not going to get slapped, I assure you.

Let's say, you cold approach twenty women. Out of twenty, five of them are slightly interested. You go out on a date with 2 and 1 fall through and you're left with one. The sooner you accept that the majority of your interactions are going to go nowhere, the freer you are able to take action.

The reason why people hesitate and procrastinate over ONE approach is that they have this fantasy that every approach has to be perfect and that every girl they approach is going to fall head over heels for them. In reality, most girls aren't going to be interested or available.

Lastly, by going through tens of interactions by cold approaching, you're forced to be good at improvisation. You're forced to be able to improvise on the spot. You need to be able to tease, flirt and understand social cues right there and then. It's not only the most direct way of getting to meet more women, it's also a great way to practice other skill sets that are required for dating success.

There's something to be said about acceptance. The acceptance that you're not going to be attractive to the majority of women every time. Only when you acknowledge that then you're free to be rejected. It's not personal. It's not about you. It doesn't say anything about you, your successes, failures, or your identity. it's just the economics of dating, some luck, and a lot of randomness.

By Marcus N
Dating Coach
Marcus is an internationally known dating coach who has helped thousands of men find the dating results they want. He has been featured and quoted widely in print and on TV. He is especially knowledgeable about helping men from diverse backgrounds find great relationships.