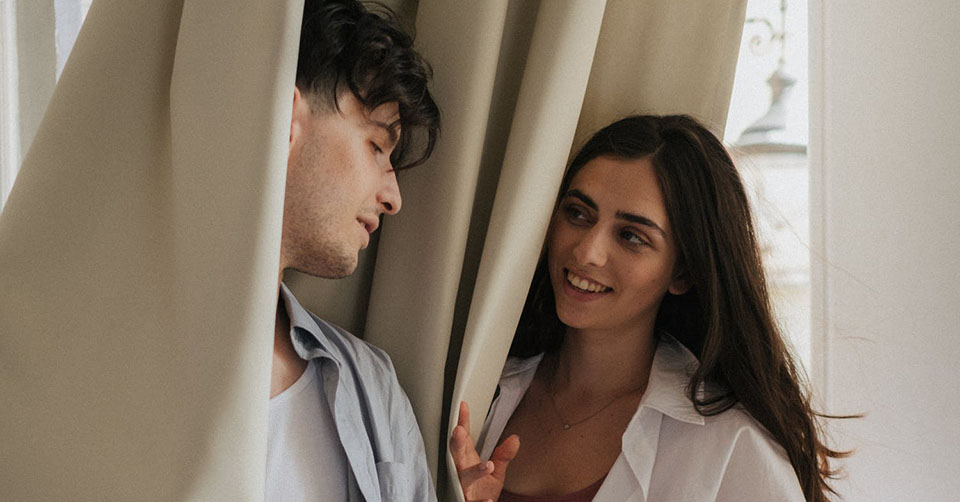 Interested in getting back together with your ex? You’re not alone. Plenty of guys (and women) entertain the thought of dating an ex again.

From the one that got away, the girl you amicably parted ways with or the girl that seemingly left for greener pastures, it is tempting to pursue a woman we’re familiar with for another round. What every man in these situations wants to know is if there is a chance to get back together - and if so, how can you do it?

In this article, we will take a look at whether a girl can get her feelings back for you, how to re-attract your ex, and what to keep in mind when dating an ex again.

Can a Girl Get Her Feelings Back for You?

Answer? Yes and no.

Every situation is different. However, there are a number of things you should be aware of when trying to get an ex back in your life:

Women are generally focused on their emotional states, which are ever-changing. If you’ve met a woman and started a relationship, only for her to drift away, it may not be you that is the issue: it may be that the situation has changed.

For example, if you had a wild summer romance while she stayed at her timeshare by the beach, you may be surprised to find that her entire being changes when it’s time to hunker down for the winter or when she returns to her ordinary life. Similarly, if you were in a relationship and she went to a new college, the new situation dictates that she must drop her old paradigm and adapt to a new one.

Despite having a hot and steamy love affair, the practicality of a woman’s existence dictates her actual behavior. Considering that unmarried and childless women are some of the least happy of all demographics, it should be no surprise that a woman may kick you to the curb if you aren’t the marriage-and-kids type.

Of course, this works the other way around: If you’re a homebody that’s reliable but doesn't show any excitement, she may want to spice things up and test her capabilities by making a radical departure from what was “normal” about her.

If you broke up with your ex-girlfriend or she’s decided to take a break, you may be surprised that you may not have a second chance - even if it was caused by you taking the initiative to dump her.

Just like a dog won’t return to its vomit, women tend to not return to a relationship that fell apart. There are a couple of reasons for this, but the most prominent one is that it puts her at a significant disadvantage if she ever decides to get back to you. Even if the decision is on her terms, she may feel that it is easier to start from a fresh template rather than have to grovel for reacceptance.

Her friends and family may have pressured her to dump you

Never underestimate the power of the group. Evolutionarily speaking, women have always sought the approval of the group from protection and resources. Despite living in the 21st century, these evolutionary behaviors still hold true - especially when she’s getting flack from her friends and family.

Women are notoriously competitive with one another (see: catfights on Friday nights in any urban area for proof), but they also flock to a group of like-minded women. It’s rare to see women who are exceptionally attractive paired with someone exceptionally unattractive (note: money and status are attractive too). These friends serve as her emotional pillow, and it’s not uncommon for her to ask advice about what they think of you.

The same goes for her family. However, depending on the relationship she has with her father, mother or other important family members, she may heed the warnings that they speak about you. Peer pressure is a strong motivator for change, and she may believe that they see things in you that she is blinded to.

How to Re-Attract Your Ex

Okay, now that you understand what you’re up against, you may be looking for which opportunities you have at your disposal to date your ex-girlfriend again. The following are specific tips for getting her to want you again:

Women are emotional. Memories trigger emotions. If you are ever on speaking terms, try to trigger nostalgia. Nostalgia consists of two Greek words, meaning “homecoming” and “pain and/or suffering”. If you’re able to trigger the comforts of your past life together, you may be able to outweigh her new reality without you in it.

Be forewarned that too much nostalgia may be off-putting for her, so temper it with trying to bring up new possibilities of a new relationship.

Be a better version of yourself

Women may leave you if they think they can get a better deal (ie. more money, a better-looking guy, more social status, different personality, etc.), so it’s time to improve those things. Focus on yourself and you may soon find that she might start checking up on you. While it’s normally better to do things for yourself (and only yourself), posting on social media about your progress without any passive aggression is a good route to start.

Women test men to see whether they are capable of enduring hardship. Even if you’re not in a great mental state, act as if you’re not suffering from not having her in your life. Women prefer a guy who's not too invested as opposed to a man who cares too much. She may be impressed at how you are coping with a loss as great as her and try to find ways to re-enter your life. Best of all, if you act unaffected, you will eventually start to become unaffected - fake it until you make it...

Now that you don’t have a relationship in your life, you may want to rediscover some of the hobbies and activities that she may not have enjoyed. It’s relatively common for women to be attracted to a man’s rough edges, only to smooth them out over time and be left with a man that they find undesirable. “Taming the beast” is a common theme among women (see Beauty and the Beast and countless romance novel plots), so it may be time to go back into Beast-Mode.

“The easiest way to get over a woman is to get under another woman.” If you’re looking to re-attract an ex back into your life, understand that social proof is your greatest weapon. Sooner or later, word will get around that you are seeing new women and developing new relationships, which will trigger your ex’s jealousy (especially if she is having trouble finding viable partners of her own).

And, as a side benefit, you may see your ex in a new light and realize that the relationship wasn’t meant to be due to irreconcilable differences. So, dating other women is a win-win!

Okay, this isn’t the best move, but we’ll explain how you can turn it to your advantage:

Expanding on the last point, nothing will make her more interested in you than by winning her friend group’s approval. If it appears that her friends are willing to date you - and may have been waiting for the right time when she was out of the picture - she may double her efforts to get back with you.

Remember, women are hyper-competitive and territorial, so this can backfire on you. She may, for example, try to sabotage your current relationships with her friends or turn vindictive - especially if she decides that you’re trying to ruin her sense of normalcy and support group.

What to Keep in Mind When Dating an Ex Again

Okay, you managed to get back in the saddle again. Now what?

The following are what you need to know to stay level-headed and maybe enjoy a new chapter of dating an ex again.

Things to remember when dating an ex again

In conclusion, dating an ex again is generally a hard sell and may not be a good idea at all. Rollo Tomassi, the author of the book The Rational Male, has a great quote about dating an ex that may resonate with you:

Never root through the trash once the garbage has been dragged to the curb. You get messy, your neighbors see you do it, and what you thought was worth digging for is never as valuable as you thought it was.