2023 EroticAffairs Review - Is This Site Legit For Hookups Or A Scam? 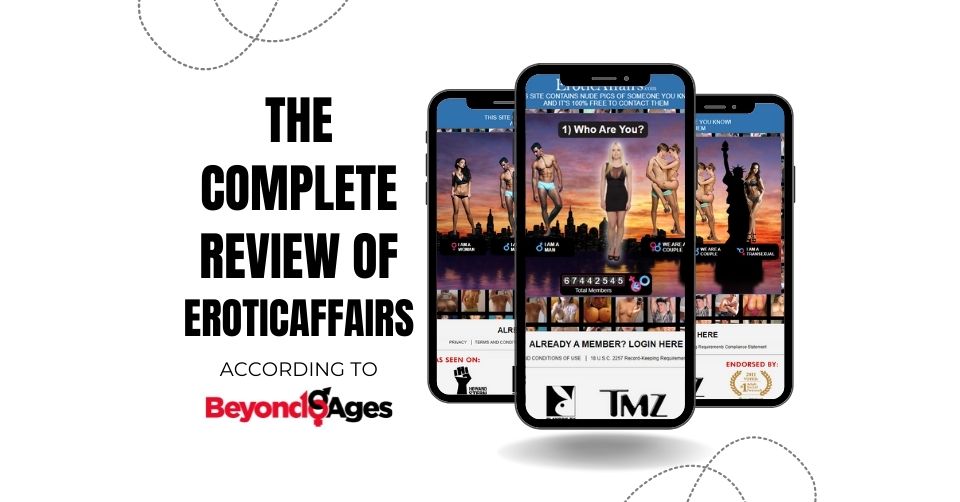 Meeting a stranger online can be thrilling. When you click over to EroticAffairs.com, you are immediately greeted with possibilities. What might you find? Love or lust? An affair to remember, or a broken heart?

For all its many positives, the internet is a dangerous place. It isn’t always easy to tell what websites are legitimate, and that is especially true for dating sites. Many look great initially but end up being scams. That’s why we’re here. We sign up for major hookup sites and apps, explore their services, and then put together a comprehensive list of the hookup apps that work. We let you know which sites are scams and which ones are the real deal.

If you’re one of the millions of people looking for love (or something like it) online, read our EroticAffairs review to take a little bit of the risk out of the equation.

EroticAffairs Review - Is This The Sexiest Dating Site?

Risk is part of the fun of any illicit affair. When two people jump into a new relationship together, it's often scary, but fun. Getting to know each other, building trust, trying out the combination of their two personalities - it's a thrill. It wouldn’t be nearly as fun if you knew right from the very beginning how everything will end up. Mystery and challenge are what makes love (and lust) exciting.

Speaking of which, if you still need to improve your ability to get women interested in you it would be smart to take a look at our step-by-step video guide to effectively attracting women.

There is a limit to how much risk you want to take, though. For instance, you'd surely like to be assured the person you’re meeting isn't a murderer. At the very least, you want to know they aren’t a scam artist trying to steal your money or identity. Similarly, you should have that type of confidence in whatever dating sites you use. Can EroticAffairs.com earn your trust?

This is one site that doesn’t beat around the bush. EroticAffairs gets right down to business. Immediately after the site loaded, I was greeted by a voice saying, “I am adult film star Jesse Jane.” Jesse welcomed me to the “world’s number one dating site.” As she spoke, I examined their sign-up page and it was quite a sight.

There were five scantily clad figures featured. It asked me to select if I was, a man, a woman, a couple, or “a transexual” (admittedly questionable terminology). Behind the main figures were dozens of pictures, most of them of explicitly nude women (and some men).

After I selected my gender, I was taken to another page where the voice returned. I found this a little bit annoying because there was no obvious way to turn it off. What if I had been at work or somewhere public? “Who do you want to hook up with?” it asked me. I chose “Women”.

The site had a counter which claimed they had 66,173,773 members and counting. The number kept going up as I continued through the process. With each successive page, the pictures got more and more explicit.

EroticAffairs definitely comes on strong; maybe a bit too strong. Could they really have 66 million members? Would that many people use a dating or hookup site with such pornographic content? It all seemed a bit over the top, unrealistic, and, frankly, trashy.

Sites that want to lure you in with exaggerated claims and a ton of explicit photos usually don’t have much of a real service to offer. There was only one way to find out.

You should avoid this site and go with AFF

With 50 million REAL members, not just a fake ticker like Eroticaffairs.com you are going to have a lot of options at your disposal if you live in an English-speaking country. They have been the biggest site around for years now and that isn't changing any time soon.

Their only real competition is Tinder and as you probably noticed if you have used it lately it is turning more and more into a regular dating app. If you want to find a quick fling a real hookup app like AFF is the way to go.

Don't waste any more time reading this review, try AFF for free and check out the women nearby. 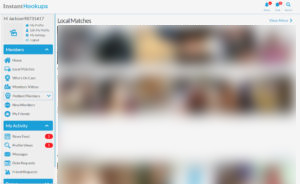 After I signed up for EroticAffairs and filled out a profile, I was finally taken to their main site, which turned out not to be EroticAffairs.com at all. The site redirected me to another URL address immediately.

It was an upgrade page. On the side of the screen, a woman in a bikini commanded me to upgrade my membership. I clicked away from that page and tried to go back to EroticAffairs, hoping it was maybe just a popup. It wouldn’t let me.

When I looked at the confirmation email in my inbox, it also linked me back to another site rather than EroticAffairs.com. From what I was able to determine, EroticAffairs doesn’t exist as an actual site.

This is a classic red flag for a scam site. They change their name or sell out to some other site and then just redirect everyone who signs up. If a site isn’t successful enough to make it under one name, what makes them think they will actually run a good service under another? Which site did those supposed 66 million people have memberships with?

Even after getting redirected, I knew I had to still review the site anyway. Whatever the name of the site, you should still know what you’re in for.

Sites that traffic in considerable adult material always make me suspicious. Who were all of these women willing to bear it all up front?

And why were they all messaging me?

"So I found out my man has been cheating on me."

Those were two of the messages I received out of the blue from very beautiful women. The site was beeping at me like an alarm because there were so many chats coming in. It got annoying quick. When I didn’t respond, they sent more messages, saying things like, “don't ignore me! it's not nice, lol.”

Any guy who has used an online dating service knows beautiful women don’t just throw themselves at you. Receiving so many messages initially excited me, but I knew getting that many messages meant something else was going on. I didn’t even have a profile picture, so what made them so interested?

To my utter lack of surprise, when I did try to respond, it wouldn’t let me. The website wanted me to upgrade my account first. This is typically how it works when sites use fake messages sent from bots. They are really just trying to lure guys into a paid service.

It wasn't just sending messages that cost money. I couldn’t even view a woman’s profile without first upgrading. It seemed like nearly everything I tried to do on the site brought me to an account upgrade screen. I don’t know about you, but I don’t consider a dating service “free” if I can’t even look at the profiles of women who are sending me messages.

This is one of the oldest tricks in the scam dating site book. EroticAffairs.com, or whatever they want to call it, excites guys with messages and then makes them sign up for a “premium” membership before they are allowed to reply. Once they’ve signed up, it becomes sadly clear the women were never real.

I now knew that EroticAffairs used fake profiles. To be certain, I took a look at their terms and conditions page. As they say themselves: “ONLINE REGENTS: UTILIZES VIRTUAL PROFILES THAT DO NOT CORRESPOND TO ACTUAL MEMBERS.” There it was in all caps.

The supposed purpose of these “virtual profiles” is to encourage users to “use the ONLINE REGENT service to enhance communications, entertainment and Your total site experience and enjoyment.”

What does it mean to “enhance communications” with a fake profile? I’m sorry, but I came to the site to meet a real woman, not some online avatar that’s run by a computer algorithm or a site employee. It’s pretty hard to have an affair with a virtual person.

The terms and conditions of the site also say if you put your photos in a public place on the site, they can use them for their own promotional purposes. As they put it:

"With respect to Content other than photos, graphics, audio or video you submit or make available for inclusion on accessible areas of the Site. You grant the perpetual, irrevocable and fully sub-licensable license to use, distribute, reproduce, modify, adapt, publish, translate, publicly perform and publicly display such Content (in whole or in part) and to incorporate such Content into other works in any format or medium now known or later developed."

That’s a pretty broad release you’re giving them for your information and photos. And what do you get in return? The opportunity to chat with a fake woman after you pay a hefty membership fee? That doesn’t sound like a good deal to me.

This was all standard issue for scam dating sites: they get to use your personal info and you get nothing in return. I’ve seen it a million times. Maybe even 66 million times.

A scam by any other name

Any dating site that uses multiple names is sketchy enough as it is, but these guys do everything else wrong, too. They use fake profiles sending fake messages, and they claim the right to take your personal information for their own promotional uses.

If you’ve learned nothing else from this EroticAffairs review, just know that a legitimate dating site doesn’t hide behind other names. Regardless of whether you’re looking for love or an affair, there are much better places to search.

EroticAffairs is a real site, but since all you can access is the (terrible) landing page, we can't say it's even worth a visit.

No, we don't think EroticAffairs is safe.

Is there an EroticAffairs app?

No, there is no EroticAffairs app.

Can you send messages for free on EroticAffairs?

By Kristin Wang
Dating Coach
Kristin Wang is a regular contributing author to BeyondAges.com. After spending many years dating both younger and older men Kristin loves helping couples find dating success. Kristin has found a lot of success meeting younger men online and sharing her insights with others is something she loves.