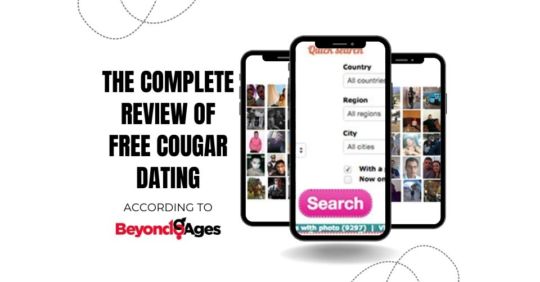 Free Cougar Dating Site is not going to be anywhere near our Best Cougar Dating Site Review. With a little investigation it becomes quite clear that this site has no intention of actually bringing young men and attractive older women together.

Below you will find the main reasons that have brought us to this conclusion. 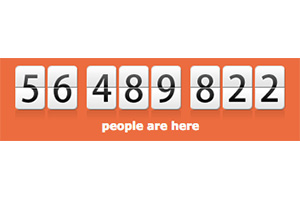 When you first log onto Freecougardatingsite.com you are greeted by a giant banner. This banner proudly states that Free Cougar Dating Site has nearly fifty-seven million users.

Free Cougar Dating Site single-handedly has more users than the top dating sites in the world including Cougar Life and eHarmony.

Does that sound realistic? Has nearly 15% of the United States signed up for a site very few people even know about?

I don't think so. This is pretty clearly a transparent effort to make this site seem incredibly popular. There is absolutely no way that this user count is even close to accurate.

Ditch this site and try Cougar Life or AFF

When it comes to sites where you can have a good shot of meeting a single cougar there are two options depending on what you are looking for. If you are open to something developing into a relationship you need Cougar Life. If you just want a short-term fling there is AFF.

Unlike Free Cougar Dating Site, Cougar Life has 7 million REAL members and is by far the most popular site to meet cougars specifically. Every woman on it is interested in both younger and older men which makes thing sooooo much easier on a guy.

You can try Cougar Life for free to get a very good idea of the quality of the talent in your area. Give it a shot and see.

For guys just looking for some short-term cougar fun without any of the attachments AFF is by far the best. You will not find another app or site with a better selection of single women 35+ (they have over 50,000,000 active members after all).

Tinder is solid if you are a good looking guy trying to date 22 year-olds. If you want to find women 35+ Tinder is going to mostly be a waste of time. You are going to have much better options and better response rates with AFF since every woman on there is actually interested in meeting up and not just getting attention.

Try their free trial as well and thank us later. 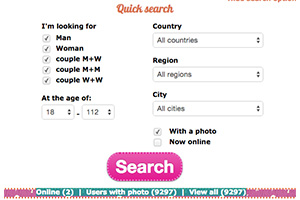 Even though we don't believe the user counts we decided to test them. Maybe we were wrong and Free Cougar Dating Site really is incredibly popular.

To find out we decided to do a little test. Lets do a search of all the active users on a typical Thursday evening and see how many users are online. If there really are millions of users on this site we should see a lot of members online.

Well we didn't. Searching across the site for men and women we found less then ten thousand users. Does it sound realistic that a site with fifty million members would only have ten thousand online during the week?

No? We don't either.

Problem #3 -All the new users are men 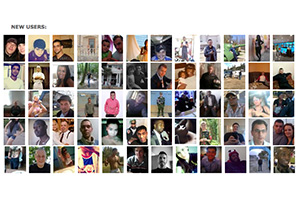 This won't be a downside for the ladies but nearly all of the new users appear to be men. Free Cougar Dating Site makes it very easy to see who exactly has been registering to the site.

Unfortunately when you actually look at these profiles they are either men or fake women profiles.  Not exactly what we are looking for.

It is actually pretty surprising that the Free Cougar Dating Site homepage would have such damaging information. It appears that they don't expect their users to look closely at this.

Problem #4 -They advertise other dating sites 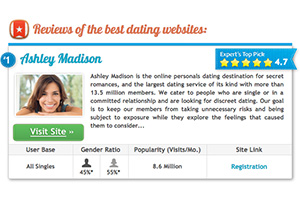 This is a big red flag that we see quite a bit. When a site like Free Cougar Dating Site is advertising and reviewing other dating sites it's a very bad sign.

If a site is actively trying to push you away they are not at all confident in what they are selling. In this case, they don't have confidence in their own dating site.

They don't even list Free Cougar Dating Site as one of the "best dating websites"!

How can you possibly take a site like this seriously when they don't even have faith in their own product?

Problem #5 -Most of the women are the same height 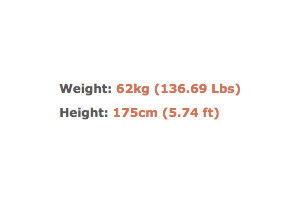 This is a strange one. As we were looking through a lot of the female profiles looking for clues we noticed something peculiar. Almost every female profile we looked at on Free Cougar Dating Site the height was the same, 175 cm.

Now women that are 175 cm is not unusual. There are many women who are that height. What do you think the odds are that we would randomly select dozens of women in a row with the same height?

So what does that mean? The most obvious answer is that these profiles are fake. Not only fake but the person in charge of making the fake profiles for Free Cougar Dating Site didn't even do a good job!

Problem #6 - This site is almost invisible on Google

Having a website that is easy for potential users to find on Google is critical to the success of a site. If you research the amount of traffic that is heading to a site from Google you get a pretty good idea of how popular it is.

In this case when we look at the traffic numbers we see a pretty sad story. Despite the claims that are made on the site there is almost zero incoming traffic to the site.

Nobody is searching for this site on Google and nobody is finding it on accident for the most part.

Just about everywhere you look on this site you run into major red flags that all point in one direction. If you really are interested in dating older women you are better off spending your time well away from this site.