Getting Over the One Who Got Away: How to Forget Her 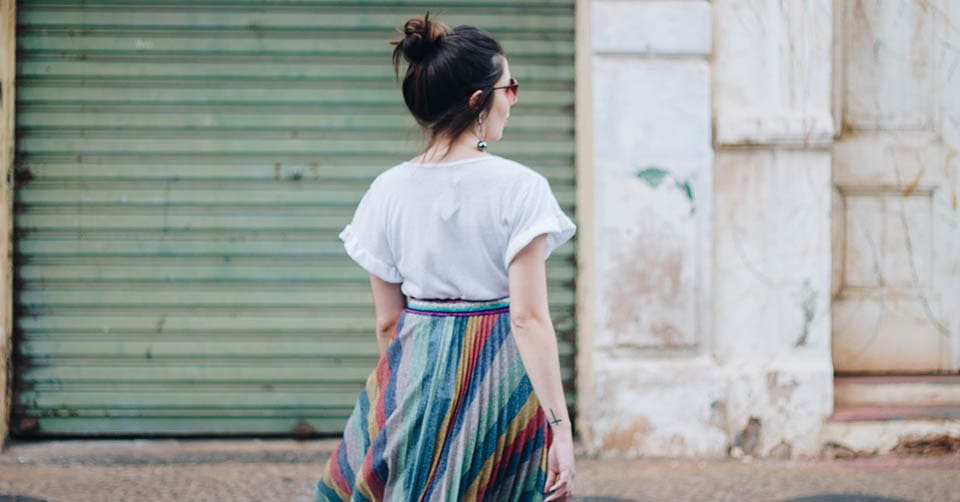 At one point, she meant the world to you. But life happened. And now you want to know how to forget her. It’s easier said than done, but it’s not impossible.

We’ve all been there. Whether she wants a break from seeing you as often, you go through a painful breakup with her, or you never got the chance to be in a relationship with her, it’s not easy to be a man and simply put her out of your mind.

Men who don’t know how to forget a woman often experience unpleasant emotions that can wreak havoc on their daily lives - sometimes creating long periods of despair, anger, depression, anxiety, and more.

To avoid these outcomes, it’s important to learn how to forget her. The only question is: How?

In this article, we’ll take a look at a number of reasons why you always think of the one that got away, how to forget her after a breakup, and - if this applies to your situation - how to forget a girl you were never with.

Why Do You Always Think of the One that Got Away?

What is it about “the one that got away” that makes us wax poetic about what could have been?

There are pair-bonding chemicals released during sex and other activities

There are plenty of studies that show that the pair-bonding chemical oxytocin is released during sex and mating activities (like cuddling, holding hands, or simply being around a woman we find desirable). This ensures that humans end up in a semi-monogamous relationship during pregnancy and while children are young.

This cycle of good feelings tends to only last about 3 months before things turn more practical. While modern social dynamics show that humans tend to stay in relationships beyond this cycle, it’s not uncommon for a woman to look elsewhere for another man if her body is ready for children.

Casual sex, even in a committed relationship, doesn’t make an exception for releasing these feelings. And it is these feelings that our bodies become used to that makes it so hard to forget a girl once she’s gone.

Going one step further, there’s enough evidence to suggest that not getting a regular dose of oxytocin (as well as good-feeling hormones like serotonin and dopamine) is equivalent to the feeling that opiates have on our body. In truth, a man’s body may be withdrawing from building up a tolerance to those good-feeling hormones - and that girl was your connection in the same way that a junkie that loses his dealer’s phone number feels.

It’s also not a logical leap to suggest that those who are dealing with oxytocin withdrawal often turn to drugs and destructive behaviors, as well.

You may not have other options

If you don’t have another person to love or pine for, you may default to the last woman in your life that you were in a relationship with. This type of focus can make men often regret their decision-making, inflate a woman’s worth in his life, and cause depression because there are no other women in their life to fulfill that lost role.

She may be better than all of your previous love interests

If you have trouble forgetting a woman, she may have been the best you’ve experienced.

In PUA terminology, when a woman breaks up with a high-value man, she becomes “Alpha Widowed” - that is, she feels that all men in the future will not live up to this relationship.

Men have this state of mind too. Often called “oneitis”, a man will compare every current and future woman in his life to a particularly prized woman (real or imagined). Being fixated on the best he has had can throw a wrench in his self-confidence and skew his perceptions. Other women simply don’t match up - and so this desire defaults to THE ONE.

Unless another woman comes into the picture, this phase can last years.

You may have issues with abandonment

Those who experienced traumatic events in early childhood - especially those concerning a distant or absent mother - may seek to replace that maternal role with a woman in our lives.

And when a man feels abandoned and doesn’t have the coping skills to care for his mental health (particularly after a girlfriend used to fit this role), it’s not uncommon to be in extreme states of confusion, anger, depression, and so forth.

You may be suffering from the “sunk cost fallacy”

Ever hear a man say, “I can’t believe she broke up with me! After all I did for her…” It’s that last part that’s important and why you may be having trouble forgetting a girl.

Essentially, men are more interested in things, whereas women are more interested in people. This means that men express their love and commitment by providing things, expending effort on her behalf, and spending time with their loved ones. And when it seems that a woman doesn’t reciprocate in the same way or value the effort that it took to provide those things and time, it tends to stick in a man’s mind more than it should.

What this behavior hinges on is the sunk cost fallacy. In short, the sunk cost fallacy is when a person continues a behavior or endeavor as a result of previously invested resources. And the more a man feels that he was “used”, the harder it is to forget a woman who still has to even the deal.

Rosy retrospection is a psychological phenomenon that results from reminiscing about the past more favorably than you assess the present. This distorts your view, emphasizing the highs and downplaying the lows. We end up slingshotting between triumphs in a relationship to miserable failures that have us asking, “What if that never happened?”

You didn’t get closure

In an ideal world, every relationship would follow a logical story arc, from beginning to end. But what happens if she simply cuts you off with no explanation? Or one day, you’re simply ghosted without a trace?

It’s no surprise that our minds drag us through every possibility - and often towards the worst-case scenarios.

How to Forget Her After a Breakup

So you and her are no longer an item? It’s time to take action to move forward in your life. Let’s take a look at some practical steps you can take to forget someone:

Find other women to pursue

Go to a therapist

How to Forget a Girl You Were Never With

Understand the process of how you developed a crush on a girl, and try to see where it began. Understand that she was never “yours” and probably won’t be. It’s a tough pill to swallow, but living in a fantasy can lead to dark obsessive feelings.

Last, it’s also important to understand that by never being involved with her, you have a distorted view of her real being. You’re basing your knowledge and speculating. Who knows if she’s concealing personality defects that would turn you off? So focus on acknowledging that you never really knew her enough to know that she was “The One”. That way, you can learn to forget her and all those “what ifs” about her.