Have you been seeing a girl for a while? You're probably starting to wonder when it's appropriate to take your relationship to a more intimate level. But how do you know she's ready for the next step? You don't want to come off as overeager or too aggressive. And you certainly don't want her to feel any pressure to have sex if she's not ready.

Wouldn't it be great if women offered signs to let a guy know she's ready for sex? Fortunately, they do. Every girl is different, and girls want sex at various stages in a relationship. But when you know what to look for, taking your relationship into the bedroom is an easy and natural progression.

1. When girls want sex, they tell you

Believe it or not, in some cases there is no mystery at all-around a girl's desire for sex. Modern women are more upfront about their sexual needs and desires. Many times, they're not afraid to simply state that they want to have sex.

For guys, this is something of a sexual jackpot. Knowing you have her consent to go full speed ahead can be incredibly liberating. You can focus on giving her pleasure and growing closer as a couple. Which is much better than agonizing over picking the right time to make your move.

The Hookup Apps Every Guy Should Be Using

There are only a few hookup apps that work for normal guys. Whether you're looking for your first hookup or are more experienced there are a few apps that tend to give regular guys the best results. These are the ones that our dating coaches have seen guys consistently have the best results with: 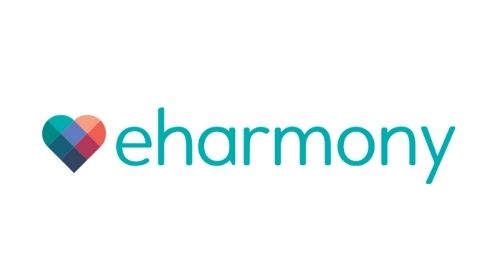 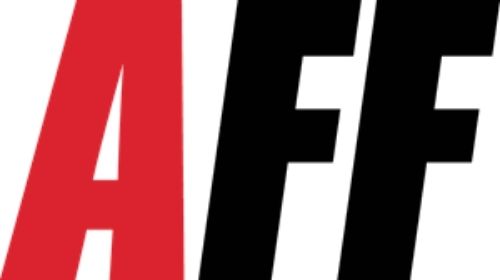 2. She sends some naughty texts

Many people feel less inhibited behind a keyboard. Someone might be too shy to engage in dirty talk face-to-face. But they could be a lot more adventurous over text.

When girls want sex, they're more inclined to let you know through a flirty or downright dirty text message. In fact, sexting is more common than you might think. According to one survey, half of all Americans have sent a naughty text to someone else. Among people ages 18 to 24, the numbers were much higher, with 70 percent saying they've sexted.

If your girl starts getting hot and heavy over text, take this as a sign she's ready for a sexual experience. Let her know you get the message by sending a few naughty texts of your own.

3. She asks about your past

Not everyone loves discussing their sexual history. But a woman who asks about your past relationships could be sending a signal that she's interested in sex.

It may be awkward at times, but being open and honest about your sexual history is important. Both for your relationship and your health. If you're thinking about sleeping with someone, you want to make sure they have a history of practicing safe sex. You also want to be sure that they've been tested for sexually transmitted diseases.

This is also a good time to talk about your preferences for safe sex. Will you take care of getting condoms, or is this something she wants to handle? By discussing it beforehand, you avoid derailing any passionate moments when the opportunity arises.

These more subtle signs are most common when figuring out if a shy girl is interested in more. Don't be skip over these smaller signs.

4. When girls want sex, they touch you more

Is your girl getting downright handsy when you're together? This is a strong sign that she's into you and looking for more.

When girls want sex from a guy, they tend to show their trust and affection in a physical way. They might stand closer to you or make casual little touches on your hand or arm. These are signs they're attracted to you and prepared to get even closer.

It's also normal for a girl to touch herself more when she's ready for sex. Watch her to see if she touches her hair, face, or upper chest while you're talking. These playful touches can be subconscious, so she might not even realize she's doing them. But you will, and you can feel more confident about turning up the heat in your relationship.

5. She invites you to her place

There's a reason the invitation to visit her place is a staple of TV shows and romcoms. When a woman lets you onto her turf, she's letting you know she trusts you. And that she's ready for you to learn more about her.

When you're at her place, you can see where she spends her time and what she's interested in. Don't be afraid to ask questions about her family and hobbies.

For example, if she's got ski equipment in her living room, ask how often she hits the slopes. If she has pets, share stories about your own animals. Is her kitchen decked out with gourmet cookware? Talk about your favorite restaurants and ask what kinds of cuisine she loves to prepare. These conversations forge intimacy and make it easy to move into a sexual relationship.

She might also show her readiness for sex by asking to stop by your place. If she asks what kind of hours you work or what your schedule is like in the evenings? This can also be a strong indicator that she's ready for sex.

So she's given you plenty of signs, you're definitely into her, and now you're ready to make your move. This can be a nerve-wracking step, but don't worry—you've got this. Here are some tried and true tips for initiating sex.

Most people take sex seriously. You might be down for the occasional, casual one-night stand. But if you've been dating a girl, chances are you want the sex to mean something.

This is why it's important to do your own gut check. Are you ready for sex? Is it something you want with this girl? Before you start sending signals of your own, make sure you're ready to get more serious.

2. Know when to back off

Women can be complicated. Just because she's been giving signals left and right doesn't mean you can take for granted that she wants sex.

There can be a lot of reasons why a girl shies away from having sex. Keep in mind that just because she's declining right now doesn't mean she's not into you.

Look for subtle clues that might indicate a timing issue. Does she have a work meeting at the crack of dawn? Are her parents coming into town the next day? Is she still recovering from a stomach virus? These can all be good reasons for her to turn down sex.

3. When girls want sex, don’t be too pushy

Just because she's given you signs doesn't mean she wants you to strip down and carry her off to bed. Modern women might revel in good sex just as much as men do, but they still like to be romanced.

Don't be in a rush to get to the main event. Take your time creating a sexy and intimate atmosphere. You can start with a nice dinner out or even a home-cooked meal you prepared just for her. Light some candles and put on some soft music, or ask her to sample some new wine at your place. Taking the time to make her feel special and sexy can be a major turn-on for women.

4. Be prepared to take charge

Men sometimes bemoan the fact that women seem to expect them to make the first move every time. Understandably, always being in charge of initiating sex can get tiresome. Wouldn't it be nice to be seduced every now and then?

However, sexual health researchers say that biology is to blame. Men have more testosterone, which makes them aroused before sex even begins. By contrast, women typically don't experience arousal until after sex has been initiated.

So what does this mean for guys? A girl might be into you—and totally prepared to get kinky. But she's unlikely to feel sexual arousal until the two of you are already getting it on. This means it's up to men to notice the signs girls want sex and be willing to set things in motion.

When Girls Want Sex, They Might Just Ask You for It

Although men initiate sex more often than women, a confident woman might be willing to put the moves on her man. This turning of the tables can make for a sexy encounter.

Psychologists have pointed out that plenty of men want to feel desired. So if your girl outright asks for sex or sets out to seduce you, consider yourself lucky—and very much wanted.

By Nicole Pena
Dating Expert & Writer
Nicole Pena is a dating and relationship expert with over 10 years of experience writing for many leading publications. She's a passionate believer in body positivity and healthy intimacy, and she brings that focus to her work with her clients.