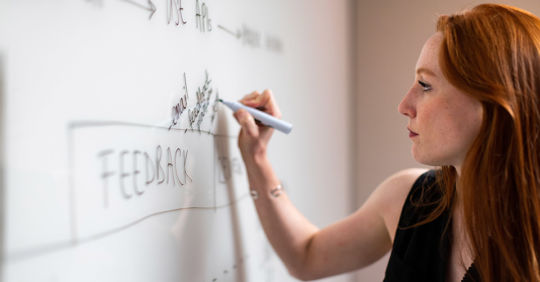 No matter what type of guy you are, learning how to date intelligent women can be surprisingly intimidating. Obviously, that’s not to say that most women lack intelligence, we’re just focussing on those who are above average in today’s article.

In my experience, this increase in intelligence seems to bring a few traits with it that can be intimidating in their own ways. That’s exactly why I’m putting this guide together to help you figure your way through it.

Thankfully, this advice can help you out with dating as a whole, not just with intellectual women.

Where to Meet Intelligent Women

Since you’re reading an article about how to date intelligent women, it’s safe to say this is something you value. After all, studies suggest that those with high emotional intelligence tend to have more satisfying relationships. The tricky thing is, intelligence doesn’t define who she is or what she’s interested in.

While I can’t give you a foolproof way to find intelligent women, here are a few that’ll help your chances.

That’s right, dating apps are for literally everyone and intelligence certainly doesn’t exclude them. We have a few favorite dating apps that tend to work the best for men.

Since intelligence is a high priority for you, this is something you should include in your bio as well. Just. . . be tactful about it.

While this is somewhere I used to shy away from, coffee shops have become a great place to meet people. These days, they tend to attract a lot of freelancers and students since they have endless caffeine and none of the distractions of home.

What that means for you is a great chance of meeting intelligent women while they’re taking a break from their work/study. If your job allows this as well, all you need to do is pick up your laptop, head to your favorite coffee shop and get started.

If you’re open to meeting new people while you’re there, you’re already giving yourself a great chance of meeting intelligent women.

Just keep in mind that coffee shop dates don’t fare so well if you’re looking to hook up. However, if you’re the type of guy who prefers a romantic meetup, then this is just the place for you. 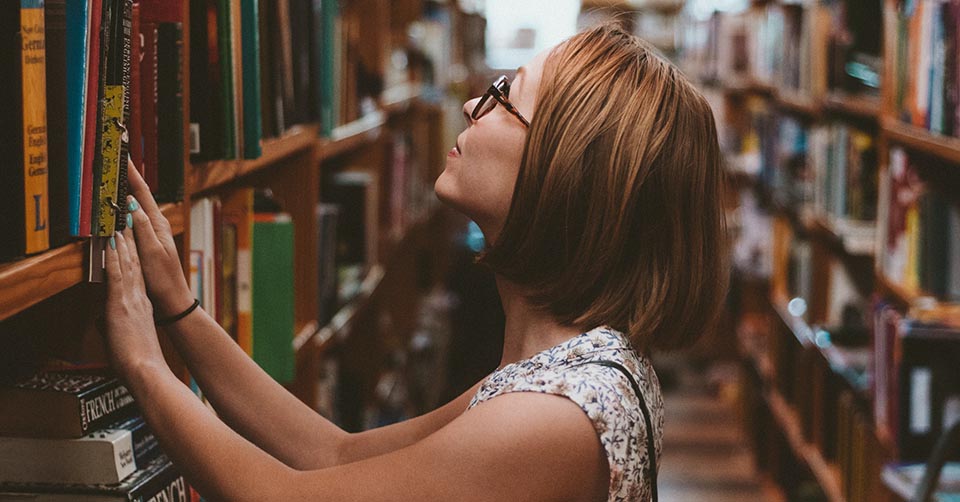 Sure, this one’s a bit of a stereotype but it’s also accurate. There are two main reasons why people would spend time in a library. Either they’re looking for new books to feed their creative side or they’re there to study.

Either way, this gives you a great opportunity to meet intelligent women, although you might want to keep the conversation short until you’re outside!

Last but not least, don’t forget about university. Particularly once you get to know the campus, you’ll start to understand exactly where to look.

One great thing about university is that, culturally, it’s almost as much about the social aspect as it is about study. People tend to be open to meeting new people and experiencing new things. Obviously, this is great for your dating life.

Keep in mind that studies show that women tend to shy away from relationships when they’re in college and tend to prefer casual relationships.

How to Attract an Intellectual Woman

Now that we’ve covered where to find intelligent women, let’s talk about how we can make ourselves more attractive to them. Of course, all the usual tips still apply. That means being well dressed, well groomed, not over-texting and so on.

Specifically for intelligent women though, there are a few extra things you’ll want to consider here.

If you’re pretending to be something you’re not, she’s going to see through this quickly. If you don’t understand something she’s talking about, don’t try to pretend. In fact, it’ll probably work in your favor to straight-up say you’re not familiar with the topic.

Set aside your hangups about having to be “masculine” for a moment and be open to learning new things. It makes for some interesting and engaging conversation — you’re learning, she’s talking about something she’s passionate about and you’re not pretending to be someone else.

Don’t shy away from “real” conversation

Politics and religion are notoriously bad topics to get into on a first date. Still, that doesn’t mean you have to keep it superficial. Rather than talk about the weather today, get to know her on a more personal level.

Figure out what she’s interested in, what she does in her spare time and go from there. By doing this, not only are you getting into real conversations, you’re also going to find some common ground shared between the two of you. 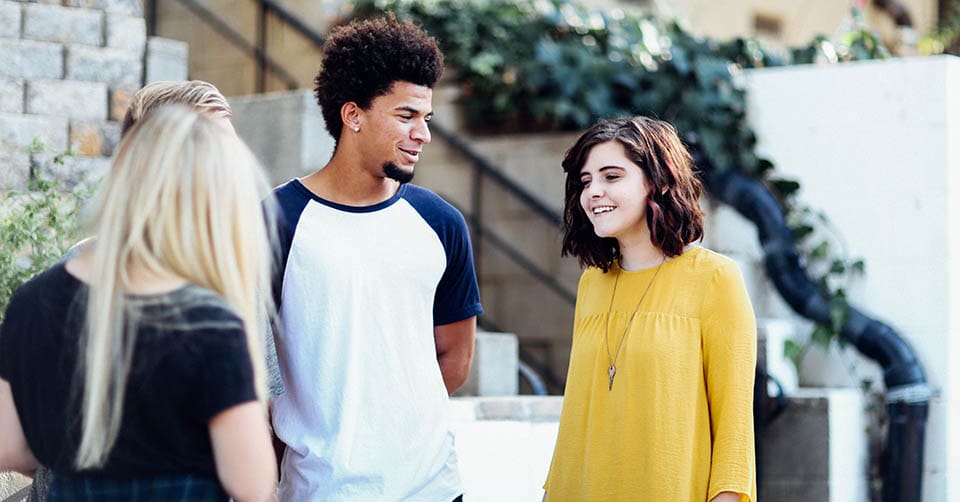 Confidence is one of the incredibly few things every human can agree is attractive. Unfortunately, it doesn’t come naturally to everyone. If you’re one of the many that struggle with this element, that’s okay but now is the time to start working on it.

Unsure where to begin? Try to identify the things that are giving you those feelings of self-doubt and work on them. Whether that’s physical (clothes, weight, etc.) or imposter syndrome (there’s no way she’s attracted to me), the first step is figuring out what the problem is.

From there, put a plan in place to improve whatever is holding you back. It’ll help you in so much more than just your dating life. And remember, no matter what, if she’s going on a date with you, she’s attracted to you. If she wasn’t, why would she be there? Remind yourself of that fact every time you feel that self-doubt creeping in.

If you need a quick confidence boost, try wearing something red or wearing a perfume you like. These usually give you a slight increase in confidence, especially if you’re often nervous around women.

Never stop working on yourself

No matter where you are on that journey of self-love and the confidence that comes from it, never stop. There’s no endpoint to that aspect of working on yourself.

Speaking from personal experience, becoming a better version of yourself will be literally life-changing. It changes the way you feel when you wake up in the morning. It changes how people interact with you and, most importantly for this article, it changes how women respond to you.

How to Date Intelligent Women

Once you’ve reached that stage where you’ve been on a few dates, there are some additional tips to keep in mind. Obviously, the story doesn’t end after the first date and you don’t want to mess things up with some simple mistakes.

Learn what she cares about and ask questions

This is a great way to demonstrate that you’re genuinely into her and want to know more. You’ve been paying attention to the things she cares about and you’re asking relevant questions that show you actually care.

A simple “.. that’s so interesting, I want to know more about it” can go a long way.

Work on your conversation skills 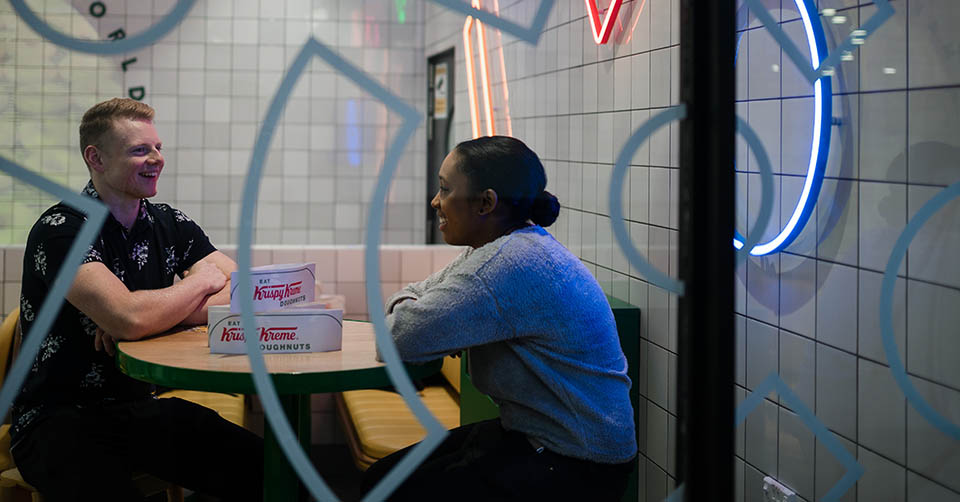 No matter who you’re dating, if you can’t hold a conversation then things tend to get dry and awkward fast. Ask questions, actually listen to the answers and contribute to the conversation.

So long as it’s not one-sided and you’re listening to what she says, you’re off to a great start.

One thing that can help you get better at this is conversation threading. In short, it’s about recognizing that every sentence has several elements you can focus on. You can use these elements as a new topic for a question or point of conversation.

With a bit of practice, this will become second nature and you’ll never run out of things to say. Do away with those awkward silences!

It’s okay to challenge her

As John Wooden once said, “Whatever you do in life, surround yourself with smart people who’ll argue with you.” Clearly, we’re not talking about an actual argument — that’d be a great way to end the date early.

Rather, it’s about challenging and being challenged. This is an excellent way to bring about engaging conversation that goes far beyond the usual mundane nonsense. In fact, the last time I was bold enough to give an “Actually, I disagree” on a date, it led to about half an hour of exploring this one topic together.

Although far from my usual date, it was anything but boring and we learned a lot about each other. That she was intelligent, she could handle being challenged and enjoyed learning new things.

Later in the night, she even said, “It’s so nice to meet someone that talks about more than weather and school.”

So long as you’re respectful about it and open to the possibility that she’s actually right in the first place, go ahead. It’s fun.

Forget about dated gender roles, she doesn’t need to be coddled

From my experience, intelligent women are fiercely independent. They don’t need you to “be the man” and coddle her. She’s capable of ordering her own meal, asking for directions and opening her car door.

In fact, trying to do any of these for her is likely to be met with an eye roll and a sneer, if not worse. This is something that’s (thankfully) changed in dating over the last 10 years anyway, I’ve just noticed that it seems to be more pronounced with intelligent women.