How Often You Should Text Her in 2023 - For All Situations 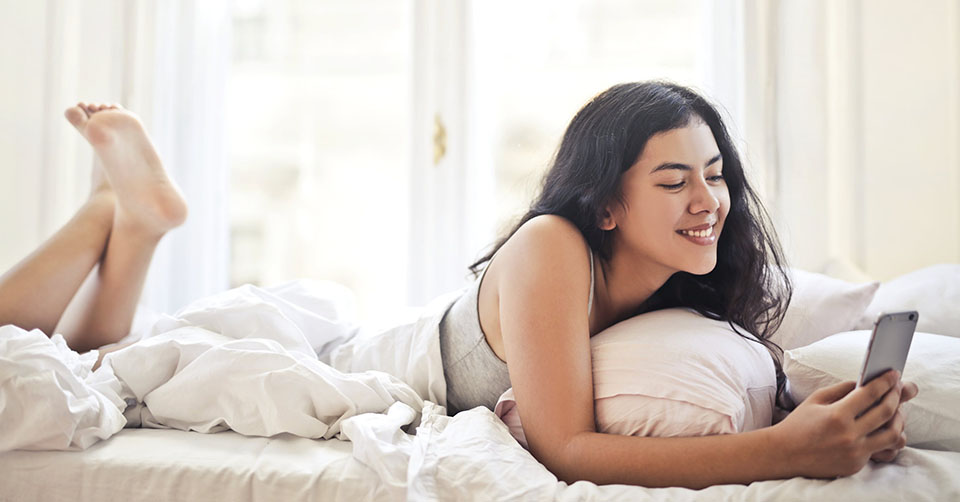 “We met on Hinge and went out once. But I was able to kiss her on the first date. How often should I text her now?” – Tim

Well, Timmy, I’m glad you asked your question in detail because how often you text a girl you like depends on a lot of things. One of those things is how invested you are in her and how invested she is in you. All too often, a guy would think that liking a girl a lot is enough reason to text her every day. But chances are, if she's not yet invested in you, she'll see this as annoying instead of flattering.

With that in mind, how can you determine how often you should text a woman you like? Here's a quick guide to ensure that your texting strategy will make her want you even more.

The Rules of Texting a Girl

First, there are four text rules that most guys either neglect or aren’t aware of when it comes to texting women. Understanding these rules is the difference between getting the girl and getting ghosted by her, so take them seriously.

Before you ask a woman for something, you must improve her mood first.

Women tune to their emotions when it comes to dating. If you ask a girl out, she’ll unconsciously ask herself “am I feeling it?” And the answer should always be “Yes.”

Her state should justify the favor. Put a girl in a good mood before you ask her for favors (e.g. a date, her number or her Instagram handle), and she’s more likely to say yes. Don’t exchange a few boring interrogative questions with her then jump straight to asking her out. She’ll say no because you didn’t make her FEEL it.

There are a few signs to gauge a girl’s interest over text. So if you spot any of these signs, you can go ahead and ask her out.

2. Until you date/sleep with the girl, you’re only a few pixels on a dating app to her

I see many guys get angry when a Tinder girl stops responding. He thinks that just because she was friendly once then she’s totally into him. And to him I say,

“Dude, she doesn’t even know you.”

It’s an 8:2 male to female ratio on Tinder, so expect any girl to have dozens of other guys talking to her at any given time. If she stops texting, don’t hate on the girl and ignore her forever. That’s a lead you just threw in the trash because your ego thinks the world revolves around you… it doesn't.

3. Women can smell neediness from a mile away 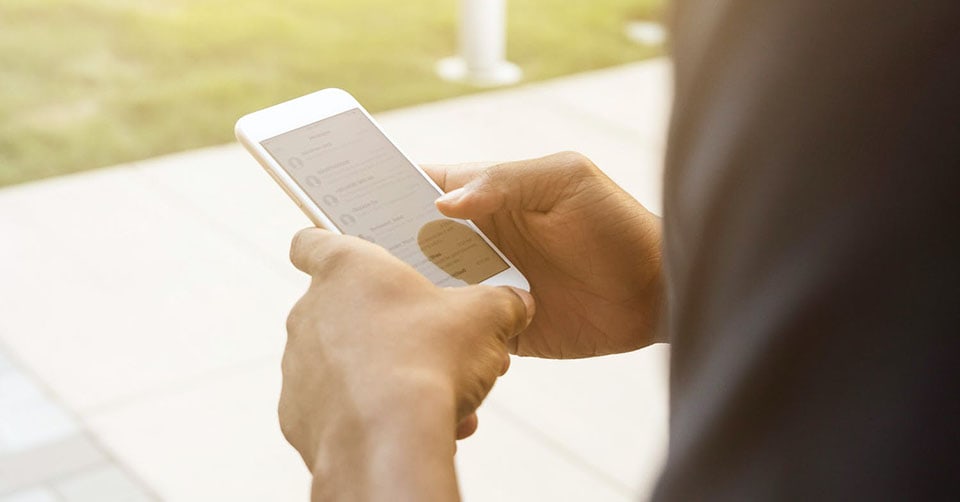 Don’t reply back the second a woman texts you. It tells her that you dropped everything in your hand to get back to her, which means:

There will be times when you MUST reply back right away – I will reveal them later. But the main rule stands as it is: Don’t be too available.

Women value safety, comfort, and understanding the same way they value attraction and masculinity. A girl may be down to f*** from the second you match with her, but still won’t come over because she doesn’t think it’s safe enough.

In this regard, all women are different. Some women are comfortable meeting up with a guy after a short text exchange. But this isn't always the case, you need to learn how to make women comfortable with you before you even ask them out. So build some rapport, be vulnerable, let her see that you're a good person who's worth her while.

How Often You Should Text a Girl You Like 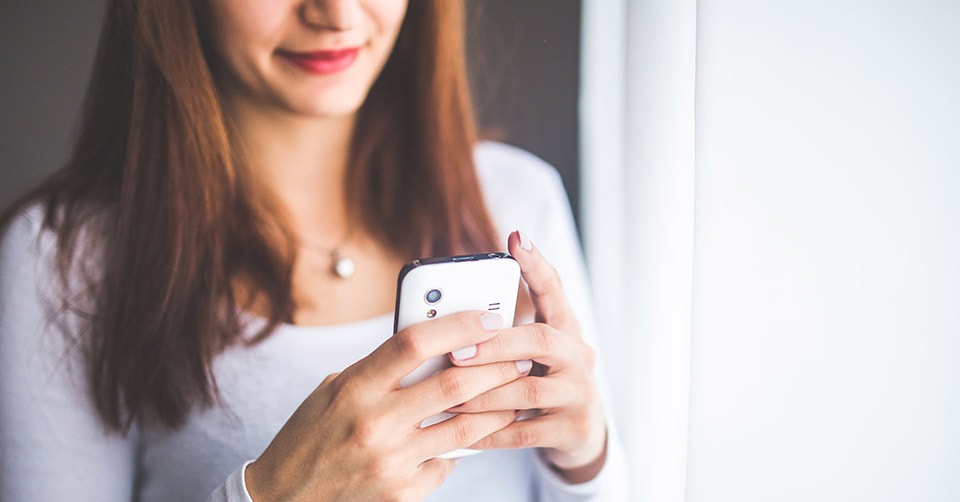 Texting a girl that you only dated once – or haven’t even met – should serve three purposes:

There are three phases from when you match with a girl to when you take her out. Each of them will require a slightly different approach depending on her level of beauty. Here’s how often you should text in this phase:

New things are always flashy and exciting, including new matches. As I said earlier, she already has a bunch of other guys in her DM, and unless you prove yourself to her FAST, you’ll sit next to them. So, what should you do? Text her something fun as soon as you match then let the conversation flow naturally.

The goal in this period is to indulge a girl in a conversation where both of you text non-stop for an hour or so (with lots of emojis from her side). This is enough to ready her for what will come next (a date or a phone number).

What you’re going to do is to match her investment until you find an opportunity to put her on a conversation high. If she responds right away, text her back in 3-5 minutes. However, if she takes two days to reply, wait for a day or two then re-engage her again. The goal is to be patient and let things be. Anyway, it shouldn’t take long to get a girl in an exciting conversation.

This phase ends when she agrees to meet you.

Your goal here is to not ruin it. She already said yes, but it’s NOT A FIXED YES.

As I said earlier, women are emotional beings. One day she’s excited about meeting you, the next she's having second thoughts. So you want to keep that fire stoked until she texts “I’m on my way.”

By re-engaging her in fun conversations every other day, especially the day before the date. Show up on her radar with a fun text, an intriguing question, anything. Then keep the conversation going for a while before reminding her of your date the following day with something like: “It's a long story... But I can tell you all about it on our date tomorrow.”

How Often Should I Text Her When Dating? 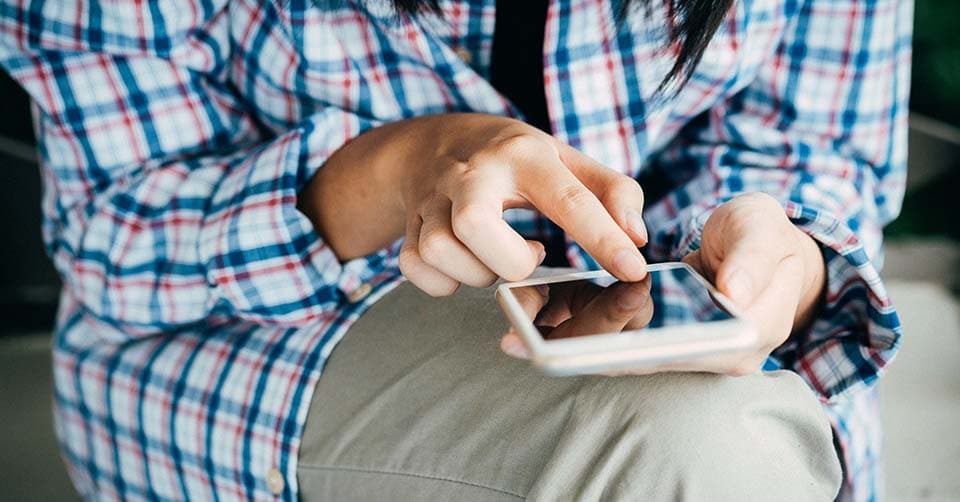 At this point, she’s starting to like you, and you have partially proved yourself. She should know that you’re a busy man who only uses texts to sext, schedule dates and maybe intrigue a girl in a fun conversation from time to time. How often you text a girl, however, will depend on how far you’ve gone with her.

I divide this into three categories:

1. She’s still on the fence (the first four or five dates)

The faster you take a girl out, the bigger the chance that she likes you. In this period – the first four to six dates – the girl is still not fully sold on you, and there will always be a chance that she gets bored, or someone new changes her mind.

What should you do?

Give her enough reason to date you again by being playful and fun over the phone… but NOT every day or else you’ll soon run out of things to say. If I’m meeting a girl a week from now, I’d ping her three days later and chat for 10-20 minutes. I’d then do it again a day or two before the date, spice things up a little, and then confirm the meetup.

2. She’s really into you

"How often should I text her if she's already into me?"

You kissed her, made out, had sex once or she’s been seeing you for a while and she seems to enjoy it. In this case, I’d text the girl every few days to tell her to come along or paint a picture of what I want to do with her later on.

It's also important that you consistently stay on a girl’s radar if you want to be exclusive together. Don’t ghost her for weeks then hit her up for a booty call unless you just want to be friends with benefits. Instead, you want to be a semi-constant presence in her life, especially if you want to have the exclusive talk soon. This lets her know that you're invested enough in her to want to check up on her often.

3. You’re in an exclusive relationship

When you're already in a serious relationship, the question stops being "How often should I text her?" and becomes "How often do I want to talk to the woman I love/really, really, really like?"

While you're in the honeymoon phase, chances are you want to talk to each other ALL the time. So if you're texting each other every day and you're both enjoying it, then great! After all, if you're already in a serious relationship with her, you'd want to know what she's up to on the daily, right?

She might appreciate the daily morning text, a cute message at around lunchtime and a conversation after you both get off work. Ideally, that includes a few texts asking her to meet up soon.

When you've been together for a while, however, it's okay to not text her as often. A few updates throughout the day should be fine as long as you maintain her interest in you. How can you do that? By being the same charming guy she fell for when you first texted her!