Nailing The Exclusive Talk: It's Easy When Done Right 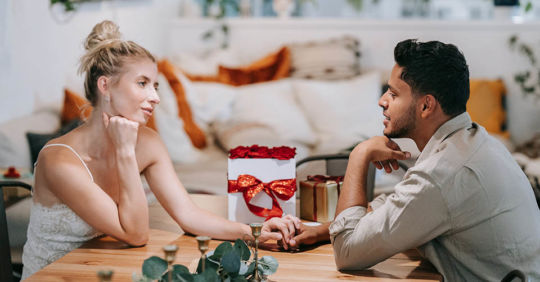 Ah, the exclusive talk. How do you go about it?

You might have been with a girl for a while, dated her, and maybe even gotten intimate with her. And yet despite all that, you’re not exclusive as boyfriend-and-girlfriend because of one reason: You haven’t talked about it yet. And it’s making you nervous, which is why you’re reading this article right now. Is that accurate?

Now, like any level-headed guy, you’ll want to do the exclusive talk right. You’ll want to get an enthusiastic “YES!” from her instead of a “Let’s just keep things laid-back and casual for now, okay?”

So how exactly do you achieve that? That’s what this article is all about. You’re about to learn:

By the end of this article, you’ll have a solid, doable game plan to get her “Yes” and finally become boyfriend-and-girlfriend.

Why You Should Have the”Are We Exclusive” Talk

First off, let’s be clear. There are two major reasons why the exclusive talk must happen at some point. They are:

If you're intimate with her but not exclusive, then it’s not a real relationship. Instead, it's a fling. And flings never last.

At best, you’ll be enjoying each other’s company for a few months—maybe a year if you’re lucky. But eventually, one of the following things happen:

So, if she’s just a fling at the moment, time’s running short for you.

(SIDE NOTE: It’s possible to turn a fling into a serious relationship if you follow our tips.) 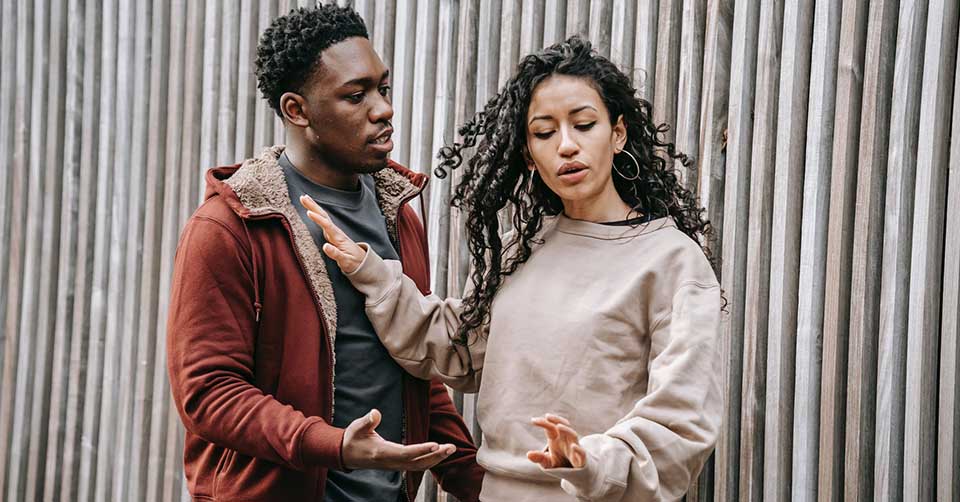 This is when you’re dating her, but you’re not sleeping with each other. If the exclusive talk doesn’t happen soon, you’ll get slotted straight into her friend zone. And watch out—it’ll happen before you know it, and it’ll take a lot of extra work to escape the friendzone.

I hope you’re getting the picture by now. No exclusive talk? No exclusive relationship. It absolutely must happen.

And that leads us to the next question. How should it happen?

Let’s start with what that really means:

Who Should Initiate the Exclusive Talk?

Should you initiate it? Or should you wait for her to bring it up?

The answer is: It depends. Each option has its role to play depending on the state of your relationship right now.

Option #1: Why it should be you

Does she seem satisfied with your current setup? Is she happy with what she has with you right now, and she’s not hinting at "the next level" or "wanting something more"?

If so, then you should be the one to initiate the exclusive talk.

Why? Because you want it more than she does. And if you wait for her to bring it up, you might end up waiting forever. Remember—flings don’t last, and the friend zone is looming. So you have to move fast.

By the way: Is she really in love with you, or does she just see you as a friend? You'll need to consider this too.

Option #2: Why it should be her 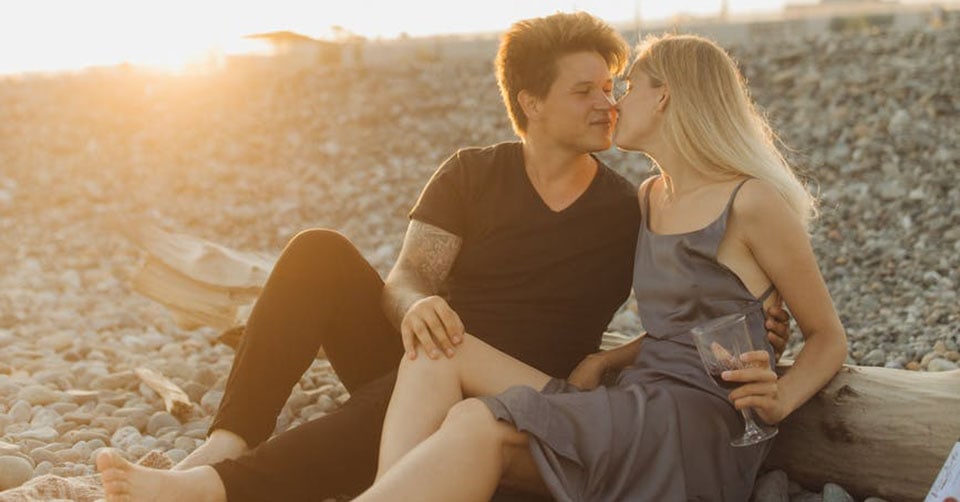 Tell yourself the truth. Are you actually good either way? That is—if she becomes your girlfriend, that’s great... but if you don’t, you’re fine?

If that sounds like you, then it’s best if she brings up the exclusive talk.

Why? Because the biggest risk right now is jumping the gun. For all you know, she might be fine with your setup right now. If you suddenly brought up the exclusive talk, she might not be ready to commit, and she’ll feel the urge to say no.

That’s why if you’re good either way, it’s best to let her bring it up. And to maximize the chances of her actually starting the exclusive talk, you must make her like the idea of having you as her boyfriend.

You can do that by doing “good boyfriend” things like:

Do these, and she’ll soon want just a bit more—the official title of “girlfriend”. Good luck!

Now, that aside, let’s jump back to the first situation: She seems satisfied with your current setup, so it should be you who initiates the exclusive talk.

When should you bring it up?

Let’s take a look at your options...

When to Ask a Girl to Be Exclusive

There are four opportune moments you should look out for. These are the times when she's much more open to the exclusive talk and saying “yes” to your proposal.

Moment #1: When she brings it up

This is the best-case scenario, right? She brings up the exclusive talk herself, and you just engage her and make it official. When she brings it up, it tells you she absolutely is interested in you, and all it takes is your "yes" to seal the deal.

Moment #2: When she tells you about a friend of hers

This is when you’re in a conversation with her and she tells you about one of her friends. When it’s appropriate, you interject and ask her if she's told her friend about you, "her boyfriend."

That should make for an interesting conversation!

Moment #3: Before introducing her to someone

Before you introduce her to someone, ask her if it's okay to introduce her as your girlfriend. It’s a sneaky way to pop the question, but it’s flattering enough to get a “Yeah, okay” from her.

Moment #4: When you compliment her

This is when she does something nice for you. Simply thank her and tell her you're lucky to have her as your girlfriend.

These are the four best moments to bring up the exclusive talk—when she’s on an emotional high. Now, what exactly do you say at these moments?

What Should You Say if You Want to Be Exclusive? 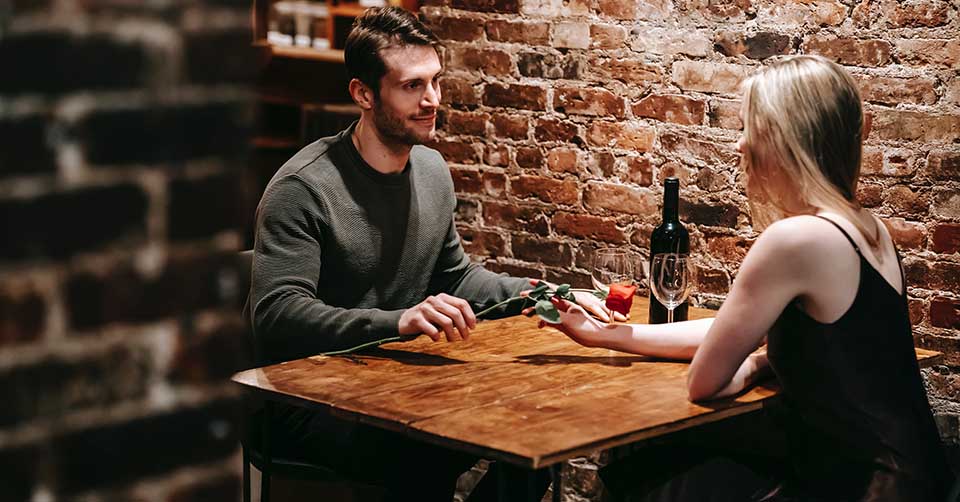 Contrary to popular belief, the shorter the exclusive talk is, the better. The longer the talk gets, the more uncomfortable she becomes, and the more likely she’ll just say “No” or “I’ll need to think about it” just to escape the mounting pressure.

So here’s what to say during the exclusive talk, depending on which of the four options you go for:

If you decide to wait for her...

This is the best-case scenario because all you have to say is "Yes."

For instance, she might bring it up and say: "Come to think of it, what are we, really? Are you my boyfriend and am I your girlfriend?"

All you have to say is: "I think so... yeah. You’re my girlfriend. That sounds good.”

If you ask if she's told anyone about you...

Let's say she tells you about her friend Linda. At a break in your conversation, you ask her: "So have you told Linda about me, your boyfriend?"

Pay close attention to how she answers—we’ll discuss how to deal with her different possible responses at the end of this article.

If you bring it up before introducing her to someone...

Let's say you’re about to introduce her to your co-workers at the company Christmas party. Before you do, you ask her: "Is it okay if I introduce you as my girlfriend?"

Likewise, hopefully she’ll give an enthusiastic “Sure!”, but what if she doesn’t? Keep reading for the answer.

If you bring it up when you compliment her

And lastly, let’s say she gives you something nice for your birthday—something you’ve been wanting for a long time. You then kiss her and say, “I’m lucky and blessed to have you as my girlfriend.”

Now, what if she responds negatively? What if she says: “What? Wait, I’m not your girlfriend!” What do you say then?

“Oh, I thought that since we’re great together, we spend most of our time with each other, and we have great sex... we were already on. But nah, it’s fine if you don’t like the label. I’ll call you my paramour, then.”

In other words: Be cool about it. Have a good reason to call her your girlfriend, but if she doesn’t like it, either call her something else (like “paramour”) or just drop it and carry on.

Understand that ultimately, it takes two to tango. If she doesn’t want an exclusive relationship with you, be ready to say, “Okay, cool,” and continue with the relationship like nothing happened.