The Right Ways To Show a Girl You're Serious About Her: From Fling to Relationship 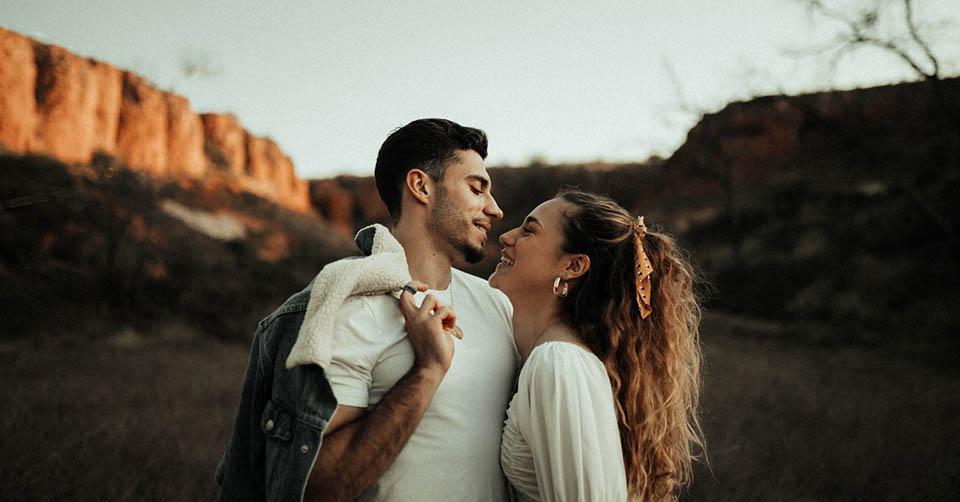 Are you wondering how to show a girl you’re serious about her? If you’ve been dating someone, you know that escalating your commitment is a big step in any relationship. The only problem is: How do I do it right?

In this article, we will take a look at various ways you can show a girl you’re serious about her, turn a fling into a relationship (or not), and how to make a girl your girlfriend.

How to Show a Girl You’re Serious About Her

So here’s the scenario: you’ve been seeing someone and things are going pretty well. Maybe you’ve hooked up or maybe you’re just going on a few fun dates. Either way, you know the sexual chemistry is there. So now you’re looking for ways to show a girl you’re serious about her because your current relationship seems a little too casual for your liking.

Here are some of the ways you can make a girl consider entering a serious relationship with you.

This one is a no-brainer. More time means more opportunities to deepen your relationship. Eating together or going on trips - especially alone - shows that you’re comfortable in her presence. Going on dates is an amazing way to get to know each other.

Unless you have a work relationship (not recommended for beginners), being away from the group enables you to speak your mind more freely, invites spontaneous physical affection and builds trust - with trust being the foundation of most relationships.

Leave your personal belongings at her home

Women do this as a way to claim their territory and for convenience, but men can also use this strategy.

There’s a subconscious motive for leaving your clothing or other personal items as a totem of your presence. Leaving belongings implies deepening trust, but it also gives you an excuse to see her in the future.

Clothing is an optimal choice, particularly if she needs to borrow a sweater or jacket because they carry pheromones and any fragrances you wear. You can choose to leave journals if you want her to read them or other items that stimulate her curiosity and gets her thinking about you.

This is the modern equivalent of carrying a girl’s photo in your wallet. When you make a relationship “public” by posting on social media, you are showing your audience, including friends and family, that this person is involved with you.

Side note: If she’s leery about any photos or videos you post, you might deduce that she doesn’t want to be directly associated with you at this moment. Jumping the gun on this can make you come off as creepy. So only post if she gives you a go-ahead or if you’re reasonably certain that she wants a committed relationship.

Serious relationships usually involve the man sharing his resources, so buying gifts is symbolic of this type of relationship. A lot of PUA and relationship gurus often say that a man doesn’t need to buy gifts to win women over, but for relationships they’re a must.

Gifts can be dicey territory, as giving her an overly expensive gift may feel as though you’re coming on too strong. That’s why it is better to focus on gifts that will remind her about your relationship.

Random gifts are also a great way to play up the mystery. Sending flowers or gifts of significance without a name can be a playful way to engage her. And it can also offer a bit of reconnaissance. If she doesn’t find out it’s from you or doesn’t mention it, she may have other men in her life.

The Ben Franklin effect is a simple way to get someone to like you. In essence, this psychological phenomenon occurs when you ask a favor from someone, which in turn makes them like you. Because you’re depending on them for some task, they feel a sense of duty to get the job done right and they get the satisfaction of being helpful. And it’s flattering, which women prefer over endless compliments about their beauty.

For the woman you like, you may ask her to bring a bottle of wine on her way to your house or help you with an easy home repair. If she forgets the gift or chooses not to bring it, this may be a red flag.

This is the male version of “the talk”, where women usually ask “What are we?”, “Where are we going?”, and other questions.

It’s often said in negotiations that the first person to make an offer is at a disadvantage, but for relationships, you can force the timing in your favor to catch her off-guard and find out if she likes you the same way.

The direct approach has the advantage of being able to gauge her immediate reaction. She should be willing to give you an answer right away. If not, she’s weighing her options - and that means that you have to be the best option versus the other men she is dating.

Also, when you choose to tell her, it’s important to choose a setting, holiday or milestone that has some significance. Camping trips are good for this purpose, as are amusement parks - both have an air of danger while a man is in charge of her safety. This “misappropriation of arousal” elevates the drama and creates a backdrop versus just another weekday.

Important note if you want to make a girl your girlfriend:

And as a final word, there is no way to MAKE a girl your girlfriend - attraction cannot be negotiated. If you don’t believe so, I want you to look at an unattractive woman and try to feel a burning desire for her… chances are that you’ll get an idea. However, with the tips in this section, you can at least increase your odds.

How to Turn a Fling Into a Relationship

The title of this section is a bit of an oxymoron.

A fling is a woman’s temporary sexual excursion. It’s mostly a “time and place” kind of thing. Even the etymology of the word “fling” suggests something tossed away (carelessly).

Women engage in flings when they are away from their normal surroundings or circumstances. It’s why a woman can go for a girls-only weekend and have a relationship that lasts those two days, then return as if nothing happens. Sad, but true.

Depending on where you are, your personality conforms to that environment. A fling is a situation that functions as a liminal space and implies the temporary. If you want to show a girl you're serious about her, it's best to know what her situation is and what she wants in a relationship--casual or otherwise.

When a person is in a liminal space, they are more apt to try new things and are more open to suggestion. Watch Last Tango in Paris. It’s a fairly risqué movie, but it shows how women are attracted to the risky and non-conforming behavior in their private lives - especially when it comes to butter.

As an example, I had a girlfriend at this summer job I worked at. Because she found out that I was a seasonal employee and would leave in three months, we started regularly hooking up - and she initiated it. Once that time elapsed, she ended up in a serious relationship with someone else and we never had the free time to meet up for drinks. So it goes...

When women travel or are in a limited-time-only environment, that phase has an expiration date. That is, unless there is some unfinished business.

In my experience, the way I was able to extend a fling was to withdraw early and give her a lingering sense that the relationship had more to offer rather than going back to our normal humdrum lives. This may mean traveling to her city or vice versa; it can also mean maintaining the standard of living when you first met the fling. If you pulled out all the stops, she may be disappointed when you aren’t who she thought you were.

If you’re looking to learn how to turn a fling into a relationship, you might want to know whether she has a significant other. This is dicey territory, and it is usually better to avoid (unless she’s in the process of breaking up).

Also beware that if she is willing to cheat on her boyfriend/husband, she might very well do the same to you.

How To Make A Girl Your Girlfriend

“Girlfriend” is a nebulous term these days. Here are a couple of meanings:

Because of the wide variation between each definition (and I’m sure there are many others), let’s shed some light on each situation.

If you find yourself developing feelings for a woman, the risk is that you may be mistaking feelings of comfort with sexual lust. Be careful when looking to upgrade these types of relationships, as you might scare a sexual relationship away when she wants her independence - or you’re not her best option. Either way if you want to show a girl you're serious about her after having a casual hookup, it can be quite a challenge!

A girl that you have hooked up with in the past, but created a relationship afterwards

The idea is that you may have options for sexual partners if one should go away, with the option of getting more serious as you become more familiar with each other. And like some investments, some never come to fruition while others may blossom over time.

A woman that you currently use for opposite-sex companionship

Emphasis on the word “current”. If you go on dates or have a girl that's in your life, the next logical step is making the relationship more serious (see the first section for those tips).

Deciding on whether to become serious is another matter altogether. Ask yourself what serious looks like:

In conclusion, there’s no guarantee that learning how to show a girl you’re serious about her will be successful. As with everything in dating, there are always risks of failure. Nevertheless, keep plugging away and you just may find what you’re seeking.

By Mike Rhodes
Dating Coach
Mike Rhodes is a Dating Coach for Beyond Ages. Mike started off as a typical guy with low confidence and zero success with women. Over many years of practice and experimentation, he has developed a system that can work for any guy. He is especially good at creating and developing attraction through online dating sites and apps.