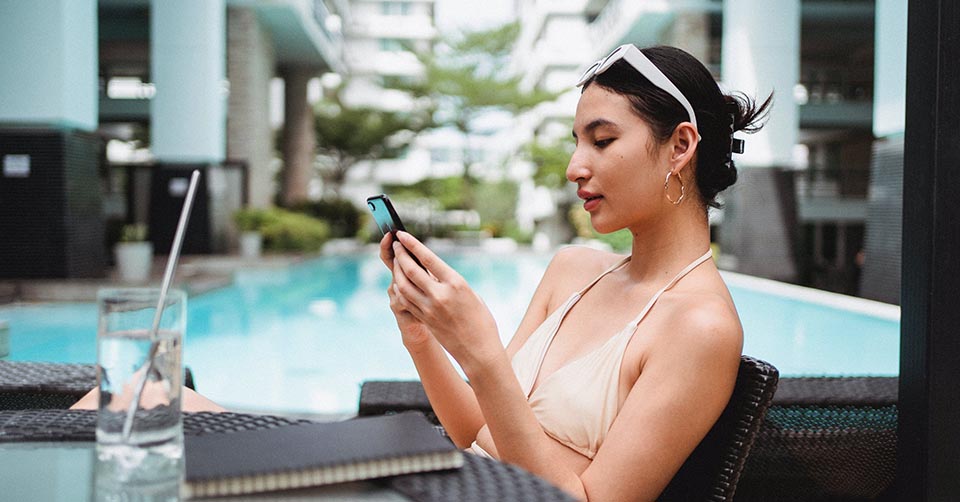 Wondering how to keep a conversation going on Bumble? Not everyone is a master of conversation on this dating app, but there are a few tips and tricks that you can use to your advantage to meet a girl off of Bumble.

I’m sure this has happened to you before. You match on Bumble, and then she sends you a pretty generic message. You try to keep the conversation interesting, and it works for a while. But then replying starts to feel like a chore. You talk often enough that you know enough about each other, but not nearly enough to ask for each other’s contact info. What do you do to carry the conversation on Bumble?

In this article, we will take a look at how to keep a conversation going on Bumble by giving you some tips on what to do and what to talk about. Read on!

What To Talk About On Bumble

Okay, so you’ve swiped right and you’ve matched with a lovely lady - what do you do next?

A Bumble conversation is meant to be light, fun, flirty - basically everything you’d say in person but on your smartphone. Still, you don’t have the active body language that you’d get by chatting up a girl in a club, nor can she respond to your body language in real-time. Instead, you’ve got words, emojis, and gifs - use them wisely.

Let’s take a look at what to talk about on Bumble to get the conversation started, spark her interest, and meet up in the real world.

Pay attention to her profile and look for commonalities that you already have. Because you both have things in common, it’s easy to build rapport and earn her trust. However, you should be legitimately interested in what she’s interested in. That is unless her profile is completely blank and you have nothing to go on.

A good way to further your rapport is to go beyond a novice’s knowledge of her interest. If, for example, she has a picture of her performing with an electric guitar, you can ask her which pickups she uses (“I’m gonna go out on a limb and say you’re a humbucker kind of girl”). Even if a specific question like this is out of her knowledge base, she’ll appreciate that you have knowledge that she appreciates.

It’s important to avoid topics that you don’t have any interest in, however. If she has an interest in surfing and you hate the water, you can only fool her so long before she’ll find out that you’re trying to say what you think she wants to hear. In other words, she’ll suss out the manipulator and immediately avoid you.

Chances are if you matched on Bumble, then you both live in roughly the same area. Use this proximity to your advantage for a Bumble conversation.

Local events imply that you both are living in the same space and experience relatively the same things, already creating a shared experience. You may have more in common than you know - especially if you attended the same concert, county fair, 5k fun run - you name it.

One of the easiest ways to spark her interest is to ask if she goes to the local farmers’ market. Women love farmers’ markets for their better quality of produce and sense of community. It's also a great way to screen out women you have next to nothing in common with.

Similarly, you can use recent local events such as power outages, abnormal weather, or a full moon to establish common ground. Remember, you’re trying to find things in common to establish rapport so that she feels safe to reveal more about herself to you.

Bear in mind that you will want to steer any conversation away from negativity, though you can frame it in a better light. For example, if you mention a section of town being run-down or dangerous due to a recent crime wave, you may inadvertently offend her (whether she lives there, has family there, or simply has a different opinion about the place).

Flirting: when you have no idea what to talk about on Bumble

Let’s be honest: While Bumble isn’t the same meat market that Tinder is, women on Bumble still have a sexual interest in men.

Most women choose Bumble because it gives women more control over the screening process (among many other reasons), but very few women are going to use sexual innuendo to charm you. That’s why you, as a man, can steer the conversation with light flirting to get her interested (you’ll know she’s interested when the messages come faster than usual).

The approach should be light, however. Don’t start out too sexy, but if her profile has a bikini photo, you can point out something funny like, “Great bathing suit pic. It’s a good thing I won’t have to use my imagination for your underwear!” Remember, women leave sexual clues and they usually are pretty aware of which pictures show cleavage, their figure, or are sexual in nature.

The Steps To Keeping A Conversation Going On Bumble

Now that the Bumble conversation is going well, you want to keep that momentum.

However, if her first message is a simple “Hey”, “Hello”, or similarly uninspiring answer, it’s up to you as a man to guide the conversation. The previous section has some great tips and tricks to spark her interest, but you do want to make sure that she keeps talking. After all, if she’s not talking to you, chances are she’s talking to someone else...

Building towards a date 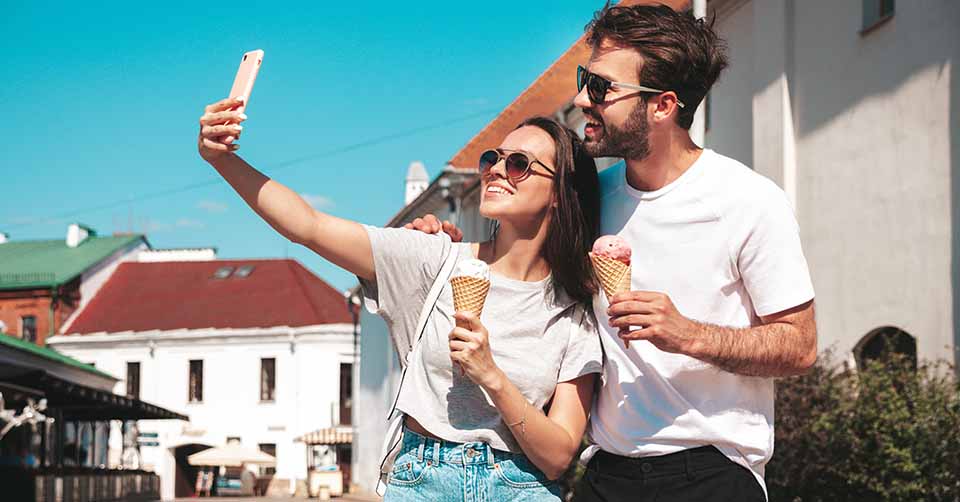 The purpose of Bumble and other dating apps is to eventually meet up. To keep the conversation going, start to steer the question towards the real world. A great way to do so is to simply ask her: “If you had to go on a date with a handsome man like me, what would fill your heart with joy?”

Don’t worry about putting the ball in her court for setting the terms of the date. The idea is just to get her out of the “endless conversation on dating app” paradigm and start thinking about the future. After all, you want to keep the conversation going on Bumble, but you don’t want to be stuck there forever. Eventually, you’ll either have to trade phone numbers or set a date in a recent time frame. But this can reinvigorate a Bumble conversation that doesn't seem to go anywhere.

Use a points system

One way to keep a conversation fun is to use a points system as a way to reward or punish a girl for making good conversation. Subconsciously, everyone likes to win and feel like they’re progressing towards some goal, so use this gaming strategy to your advantage.

Don’t worry about being fair or keeping the exact score; instead, you can dock yourself points to show off your self-effacing humor (“Oh geez, minus five points for my response to your question… Let’s see if I can get back in the black.”). Or, simply award her points for her physical appearance (“Why’d you give me ten points?” “Oh, because you’re so beautiful, that’s why!”)

You can keep a tally and offer her a prize - with the prize being a date with you or some other token of affection when you do actually meet in person.

What brought you to Bumble?

As a man, this is a bit of a rhetorical question, but you can get some honest responses from women that show what she is truly interested in. Obviously, many women won’t tell you an honest answer, such as not being able to find a decent man or have the time to do so, but some women will appreciate the answer. Best of all, women typically will ask you the same question, to which the best reply is, “Obviously to meet someone like you.”

Flirty, open-ended questions are questions that can’t be answered by a simple yes, no, or any other single response. They’re broader and lead to more interesting questions to keep the conversation going. Open-ended questions give her the option of revealing her personality. It can also be used to screen for her interest level.

Closed-ended questions, by contrast, typically can be answered with a single word or from a list of multiple-choice options. They aren’t necessarily to be avoided, but if she’s an unimaginative communicator or the question is lame (Q: “Do you like the beach?” A: “Yes”), you may get unmatched or ghosted without warning.

Ugh, I hate this app - what’s your number? 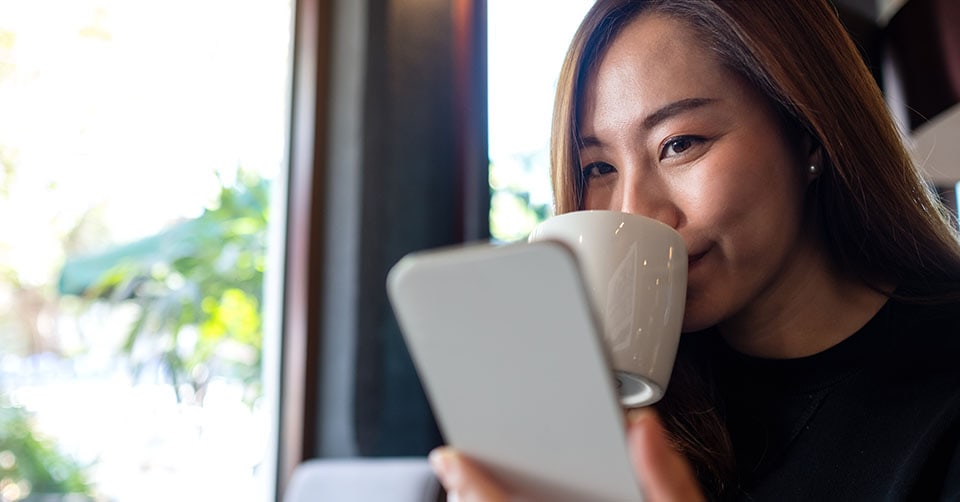 For the record, everyone hates dating apps. They’re a necessary evil in our highly digitized world, so the sooner you can get off the app and on her phone, the greater your chances of success for dating, sex, or even just platonic friendship.

Simply use the phrase/question “I hate this app, what’s your phone number?” or a variation of that, and you’ll know whether she wants to meet up or not. If not, you can either try to find some other topics to chat about, or you may just want to cut your losses and find someone else to talk to.

Learning how to keep a conversation going on Bumble is admittedly a skill that you can learn with practice. Lucky for you, you’ve got lots of potential matches on the app that you can practice with. Some conversations might go great while others may fizzle out. But that’s just part of the dating game!