How to Test a Woman’s Character Without Being Manipulative 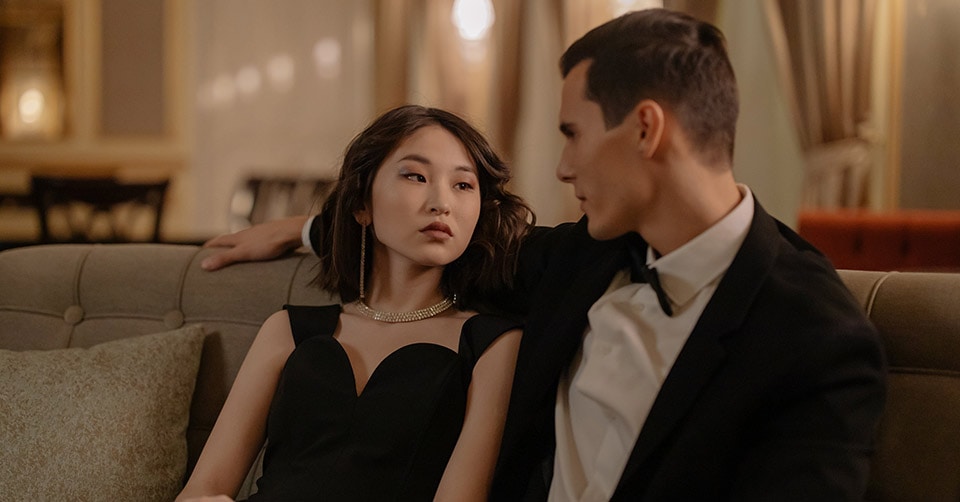 At its core, dating always starts with learning about this new person and whether or not the two of you will be a fit. Even if you’re both just looking for a hookup, there still needs to be a level of compatibility there. So, learning how to test a woman’s character without being weird and manipulative is a helpful skill.

I’m going to run through a number of things you can be doing through your dating life that’ll help you out here. This isn’t about staging tests so much as it is paying attention to potential red flags and gauging her response to questions and situations.

With this advice in mind, you’ll have a better understanding of what to be looking out for on your next date. Testing a woman’s character can start as early as your first text message on a dating app — this advice can be applied no matter what stage you’re at with her.

How to Test a Woman’s Character Through Talking

The vast majority of learning how to test a woman’s character will happen through conversation. It doesn’t matter if you’re using a dating app or are chatting in person, the faster we can learn about her personality, the better. For everyone.

If the two of you just aren’t a good fit, I’ve always found it’s better to save you both the time and move on. Attempting to push ahead anyway just ends up being a time suck for both parties involved.

Listen and be observant in conversation

If you’re going to learn how to test a woman, it has to start with the basics and that just means listening to what she has to say. Not just hearing the words but truly listening.

Pay attention to the things she cares about in life and the elements she focuses on in her stories. Let’s take a look at a couple of common examples here for a better understanding:

“My parents flew me to Puerto Vallarta last summer and it was the worst. They made me fly economy, then the airline lost my Prada bags. I was so mad!”

“I miss traveling. On my last trip, I saved up and went backpacking across Europe for two months and had the most amazing experiences.”

These are both (paraphrased) stories I’ve heard on first dates in the last few months. As a minimalist who values experiences over brand names, it’s not hard to guess which of these was a red flag for me.

The point here isn’t so much about materialism (we’ll get to that), it’s about noticing what she emphasizes in her story. That first example could have just as easily been

“I went to Mexico last summer and it wasn’t the best experience. It started with the airline losing my bag and only got worse from there”

Instead, she focused entirely on money and brands. Mentioning who paid for the tickets, what class she flew and the brand of her luggage didn’t add anything to the story — nothing besides bright red flags anyway.

Where does her attention seem to be?

On every date, your attention should be predominantly on her. The two of you have spent time messaging on the app, you’ve made plans and now you’re on a date together. The least you can do is make an effort to get to know her.

The exact same can be said for her. . . but that’s not always how it goes. From time to time you’ll come across the “I’m so popular” girl. Being “busy” and “so popular” is a part of her personality and one that you’ll always be competing with.

Sit back and look at how much attention she’s giving you on your dates. If you start to feel as though she’s on a date with you and her phone in equal parts, this tells you a lot about her character and priorities.

From my experience, she’s probably more interested in her “likes” and DMs than she is in this date.

Is she a “brand names” girl? 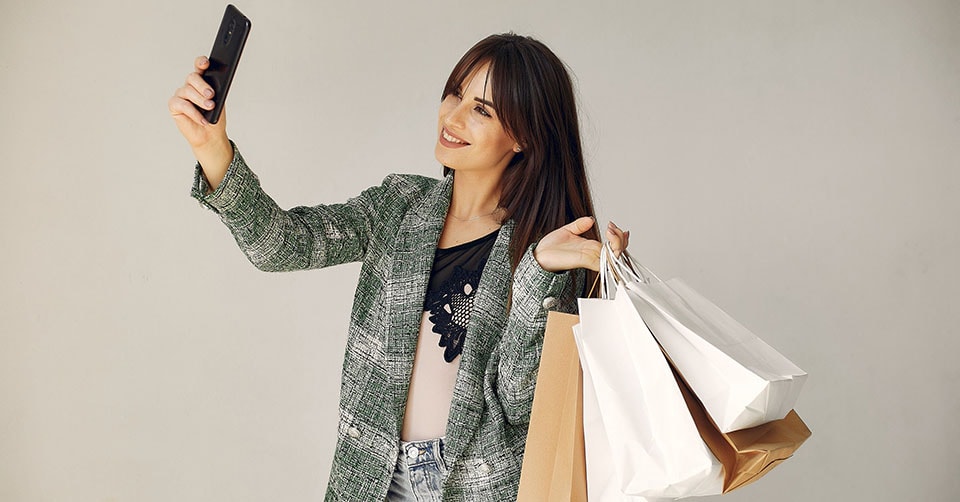 We touched on this in the first point above but it deserves its own section. As you’re learning how to test a woman’s character, seeing the types of things she really values in life will always be a major indicator.

The woman who goes out of her way to talk about brand names is telling you something very important. As is the type that idolizes an item because of who made it or how expensive it is.

Now, on some occasions, she might just be feeling nervous or insecure. A great way to test a woman if you’re unsure is to ask some basic questions on the topic. Personally, I’ll ask why they want that item so bad. What makes it worth the money — there are so many legitimate reasons why someone might one something expensive, this isn’t inherently a negative.

As a recent example, I was on a date with a woman who was just getting into rock climbing. She made a point of telling me she just bought a new Arc'teryx harness and shell jacket. If you’re not familiar, this is an expensive high-end brand.

They do make great equipment but it’s not really a beginner brand so I asked why she chose them specifically. Her answer was simply that she “only buys good brands” and seemed to have no clue what made it worth all that money. Oh my.

How to Test a Woman in Different Situations

There are a few situations that lend themselves well to determining her character on a date. Let’s look at a few examples you can easily start applying on your next date.

See how she acts around wait staff 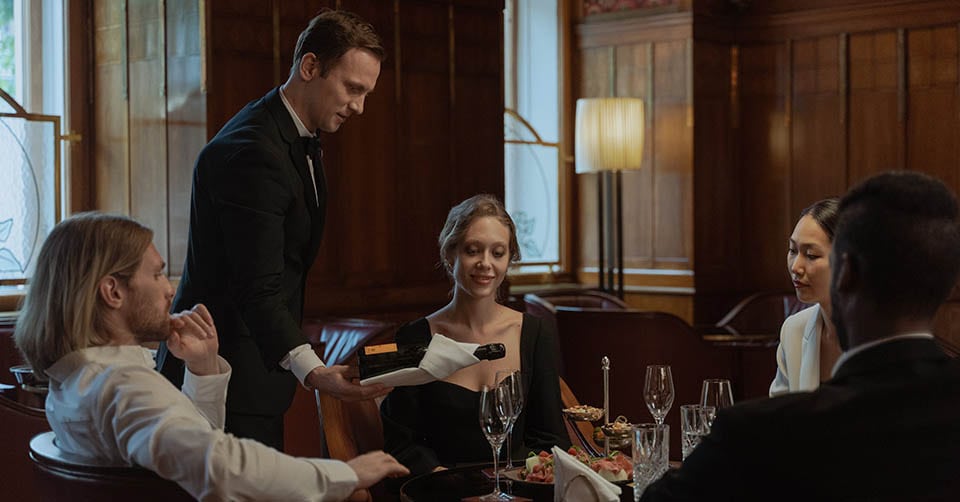 Most first dates are going to happen at some kind of bar, restaurant or coffee shop. That makes it a simple, subtle opportunity to test a woman’s character.

Notice how she acts with the server or cashier when it comes time to order or request a change. How someone treats a person in that type of role will tell you so much about their character immediately.

If she’s aggressive or dismissive, I can assure you this is a bigger signal than you think it is. When someone thinks it’s okay to look down on someone for their job title, there’s an entire mess going on there. Time to pack it up and leave.

Is she there for you or for a free meal?

Another huge indication of her character is what happens when it comes time for the bill. Is she really into this date or does she just enjoy having someone fawn over her and pay for her food and drinks?

This isn’t the place to get into the politics of it all, just make sure that if you’re paying the bill, it’s for the right reasons.

Invite her to something you enjoy 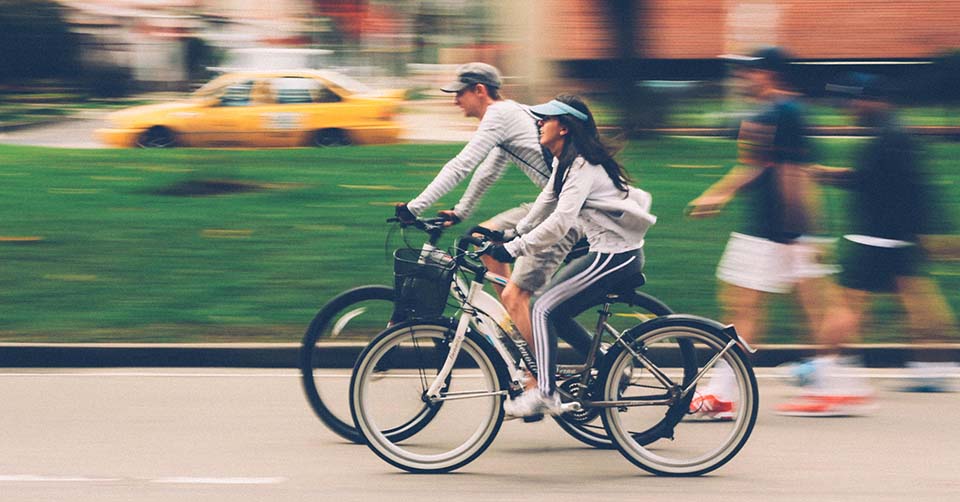 Despite what ‘90s dating advice tells us, you don’t have to be into the same things to be compatible. The reason I use this as a way of getting to know her is to see how she responds to it.

Of course, if she’s into the same things as me then great. If she’s not, she has two choices: Either say she’s not into it and decline or say she hasn’t done it but is open to new things.

The reason I find this to be a great indicator is because it gives you an idea of her dating mindset. If she views the dating process as allowing some guys to take her out, she’ll only be interested in doing things she enjoys.

On the other hand, if she’s coming into it the same way I am — getting to know someone new and trying new things — then she’ll be open to doing something different. Alternatively, maybe she actively hates what I suggest, then she’ll tell me. “I’m all for new adventures but I’ve tried that before and hated it!”

Remember, it’s not about seeing if she likes the same things as you, it’s a matter of seeing how she views the dating dynamic.

See how she reacts around your friends

If the two of you reach a point where it’s time to meet friends, pay close attention to how that plays out. Not so much what your friends think of her (important but not relevant to this topic) but how she acts around them.

If she’s catty, dismissive or argumentative, that’s going to tell you so much about her character in just a few minutes. Likewise, if she starts to get defensive or possessive around your female friends, it’ll only get worse from there.

Come up with new plans on the fly, see how she responds

Spontaneity isn’t for everyone and that’s okay. It’s not about whether or not she’s down to make things up as you go, it’s about how she responds to these changes.

Personally, my favorite kind of date is one where we start with a basic plan to meet somewhere. After a drink or two, we see where the night takes us. That isn’t for everyone, which is perfectly fine but you’d be surprised how poorly some people handle this situation.

Some will laugh and say they’re a steadfast planner and this is killing them. Others seem to border on throwing a tantrum at the thought of plans changing. “I thought we were going to XYZ?!”

There’s also the third option of her being completely down to go with the flow which is my ideal, personally.

Regardless of whether she’s for or against, how she delivers her answer is what you’re looking for here. If a change of venue is all it takes for her to get frustrated or angry, this tells us a lot about her character. For the average, well-adjusted person, this is a non-issue. Personally, I find it adds more fun to the night and gives us both the chance to do something more suited to us both.

Once you start paying attention to these signals and putting this advice into practice, you’ll become a far better judge of character on your dates. Once you can understand the type of person she is, it’s entirely up to you what you do from there.

It’s your dating life and potentially your relationship. Define your own boundaries and what you’re really looking for and stick to it. Dating is a fun and exciting process made even better by being able to filter out poor matches quickly.

So go ahead, start using this info on your next date and see for yourself how effective it is.