Your Ex Unblocked You - What It Means And What To Do 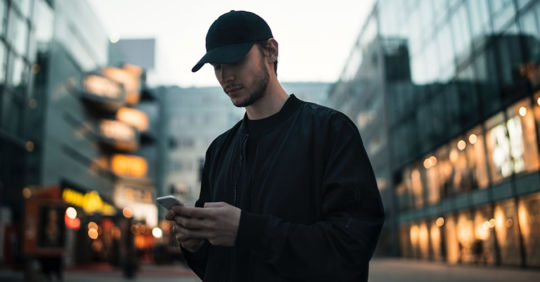 You’re looking at your typical social media feed, checking the news, and checking up on friends. And then a familiar face pops up, someone you hadn’t seen online in a while. Then you realize, “My ex unblocked me.” And on your mind is a more important question: “What should I do?”

Going through the process of being blocked and then being unblocked can be confusing for most men out there. Depending on the circumstances, this can be a good sign or a bad sign regarding the future of your relationship with an ex-girlfriend.

Still most men don’t know what to do when with these new circumstances, including:

In this article, we’ll answer these questions and what you should do if your ex blocks you and/or unblocks you.

Why Did My Ex Unblock Me?

So, you’re asking yourself,  “Why did my ex unblock me? The truth is there can be a number of reasons why your ex might unblock you suddenly:

Let’s take a look at some of each of these scenarios, as well as some personal anecdotes that can shed light on your personal experience:

She found out new information

Women block men from their lives if they find out something negative about the man they’re dating. Whether you are accused of cheating, were caught in a white lie, or something unsavory she found out about you, blocking you was her way of removing you from her life.

If a woman decides to unblock you, it may be because she blocked you in error. For example, her friends may be gossiping about you and she may have gotten word that you were a womanizer. However, after weighing their opinions she may realize that she was mistaken.

If you're still not completely over your ex it's often because you haven't met anyone new lately. A lot of guys don't have much success using dating apps because they aren't using the right ones. It's a very important decision since online dating has become critical to meeting single girls and you miss out on so many opportunities if you're not on at least one app.

Before you waste any more time wishing your ex was back you need to understand if you actually miss her or if you're just lonely. That means meeting some new girls. These are the apps that our team of dating coaches has seen regular guys have the best results with:

She sees you in a new light

Sometimes women block men because they are considering their options and don’t want to stay friends or spoil any new relationship they have with a new partner. She’ll block you with or without your knowledge, and move on.

However, this new relationship may go sour and she may try to reach out to you again - or at least open up the opportunity for you to communicate again.

You manage to reconcile your differences 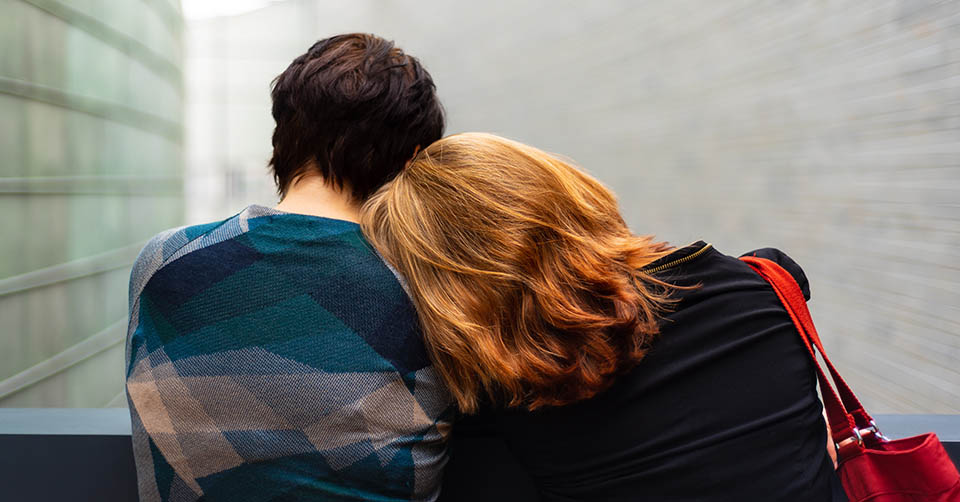 Break ups are messy and she may have decided to block you in a fit of rage. If you’ve managed to make up with her, she may unblock you to be back on good terms. In fact, research shows that up to 50% of couples get back together after breaking up. And unblocking you may be the first step in that direction.

Blocking is an extreme method of cutting off communication to someone in your life. If she feels that she may have made a mistake and her emotions subside into more pragmatic thinking, she may choose to unblock you in a probationary fashion.

In one study, researchers learned that Facebook’s algorithm sometimes show people content about people they’ve already blocked. For most people, this can be upsetting. But if your ex still has lingering feelings for you, she might realize that she doesn’t want you to disappear from her life.

She blocked you by accident

Smartphones are cumbersome devices. Whether it was a pocket dial or some other type of action, she may unblock you when she notices the error.

My Ex Unblocked me: What Should I Do?

Now that you know the answer to “my ex unblocked me?”, let’s look at what you can do if your ex blocks you in different scenarios:

Blocking is a form of ghosting. And if she unblocked you with no contact, you may find that she hasn’t reached out to you to explain her side of the matter.

For all intents and purposes, you may want to either reach out to find out why she unblocked, give her time to respond on her own, or act as if you were never blocked in the first place. 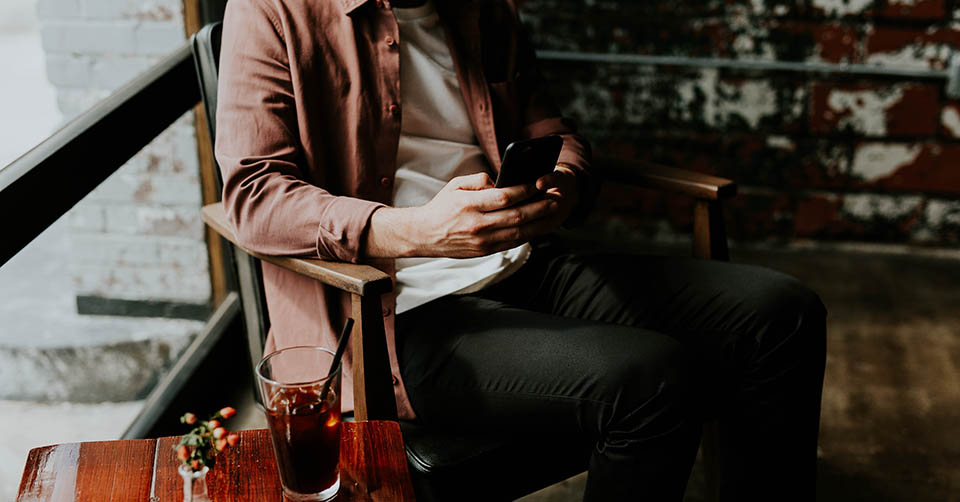 If you’re still interested in your ex-girlfriend, and she has unblocked you, this may be a green light to re-establish the relationship. However, it’s important to take a look at the reasons why she blocked you in the first place.

The best advice you can follow if she’s unblocked you and you’re still interested in her is to proceed with caution. Unless she accidentally blocked you – and that is actually true – then there may have been some other reasons she went to the extremes of cutting off communication and extricating you from her life.

In this scenario, it’s often a good idea to address the elephant in the room and actually ask her why she blocked you. You may get some honest answers, such as her life being too busy for a relationship in the past, and this can help stop any negative feelings you may have had.

Bear in mind she may not be honest in her response or she may feel that you’re not entitled to an honest answer, so it’s best to limit contacting her excessively if you believe that was one of the causes for her to block you in the past.

My ex blocked me on Facebook, which was our primary method of communication. When I found out that she wasn’t receiving my messages, I have to admit I was a bit hurt. It wasn’t until I started to see baby pictures and her on my Facebook feed that I understood that she was pregnant and engaged to another man.

If you just broke up 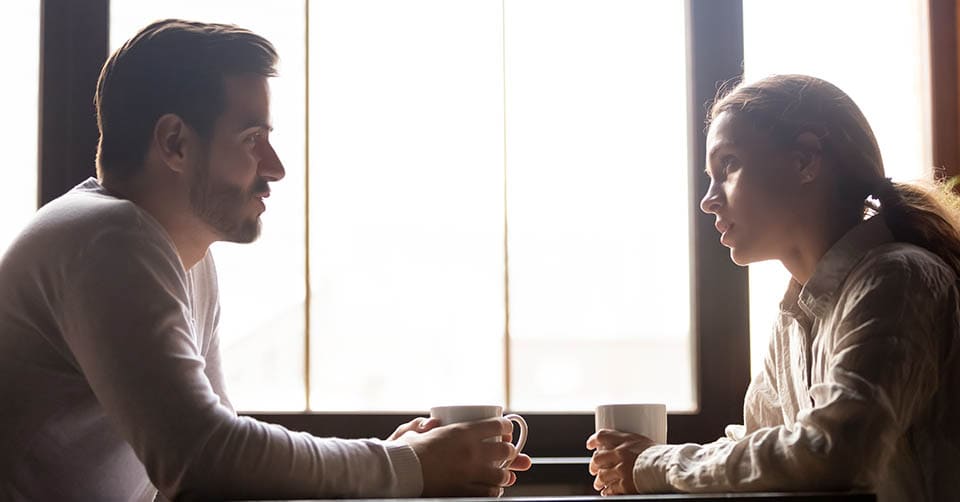 If you just broke up with your girlfriend and she has unblocked you, you may be wondering what the next thing to do is. The answer is that it depends on whether you want to:

My ex blocked me on her phone and all social media platforms after a particularly bad breakup. This woman had a habit of going to extreme measures to revamp her life, involving everything from shaving her head to moving to another state on a whim, so her behavior of blocking me was par for the course.

However, after talking to some of our mutual friends, I realized that she was in an agitated state and blocked them as well, causing us all to scratch our heads and try to figure out what was going on in her life.

Years later, she unblocked me and we remain on friendly terms to this day. She later revealed to me that I reminded me of her father on one occasion, which was a misconception on her part. However, the damage was done.

Sadly, research suggests that most people have generally more negative feelings towards their ex if they’re still in touch on social media. This may be highlighted even more if your breakup was recent.

If you broke up on bad terms and you’ve noticed that she’s unblocked you, this scenario may have no effect on you going forward. After all, if you broke up once on bad terms, going back to reengage with her may lead to a dysfunctional relationship or you may get caught in a cycle of blocking and unblocking.

Here’s yet another personal anecdote:

After my ex blocked me on her phone and social media, I was a bit angered. The reason was we shared a lot of property together and needed to sort through whose was whose and what was what. By blocking me, she left me a little recourse other than to try to reach out to her friends and family to no avail.

It was only years later when I found out that she had blamed me for stealing her property and spread nasty rumors. Once I found this out, I decided to keep her at a safe distance and only contacted her in the case of an emergency - which never occurred. While I could’ve gotten my stuff back, it was better to cut my losses and move on.

Why Does My Ex Keep Blocking and Unblocking Me?

Why does my ex keep blocking and unblocking me? Let’s look at some of the most common reasons she might be engaging in this repetitive and frustrating behavior:

As mentioned before, a cycle of blocking and unblocking is a manipulative way that women can toy with a man’s emotions.

Knowing that she has a habit of disabling ways of contacting her at will leaves you little recourse other than to put yourself in a bad position by reaching out to her.

It’s not uncommon for women of this type to accuse men of stalking or engaging in aggressive behavior – even if it is her own fault and your attempts to reach out are being taken out of context.

If you find that you’re caught in a cycle of blocking and unblocking, the best advice is to move on to new women.