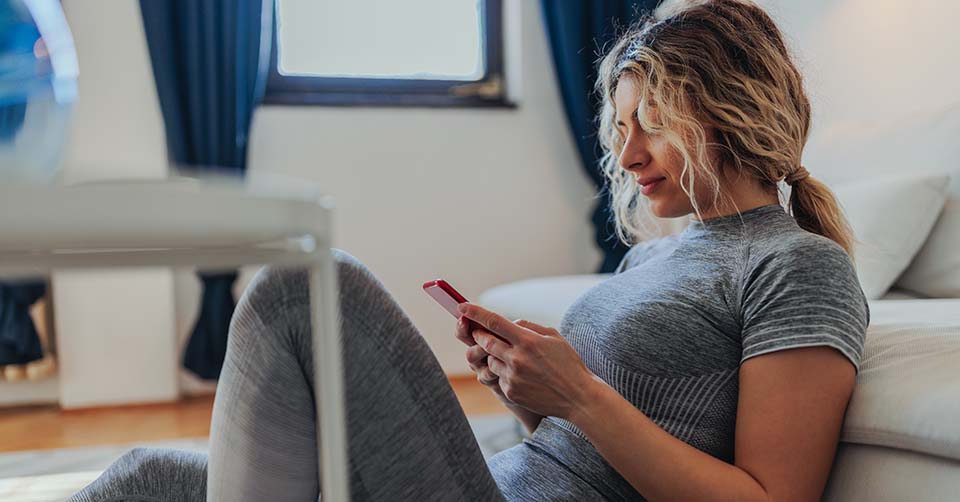 Creating a real connection with someone these days can be difficult. Though we live in an era where meeting new people is easier than ever, finding love remains a struggle. Partly, that’s because all the options available to us can actually make it more difficult. Just look at online dating. How do you know which are the best dating sites in Quebec City?

That is, indeed, a tricky question. And if you’ve been asking it, you’re not alone. That’s why we’ve created this article: to help you determine which apps and sites are right for you.

More and more people are dating online now, especially after the pandemic, which means more options for you. Even if you study at Laval or you’re a regular at Midnight Blue, online dating offers far more potential partners. But not every dating app genuinely delivers. You have to do your research. No worries, though, because we’ve done it for you.

Be sure to also check out our dating app guide to Montreal. Now then, are you ready to improve your dating life? Keep reading to learn all about our favourite dating apps in Quebec City.

Everyone’s looking for something unique when it comes to both romantic and casual relationships. This is why there are so many different dating apps in Quebec City. There’s something for every taste. Even with those differences, though, there are certain characteristics that all the best sites and apps have in common.

Number one is the quality of users. The best sites have active, responsive users who are using the site as intended. That also relates to another important quality: popularity. There are great niche dating apps, but generally speaking, the more users the better. Beyond that, as long as the site has a good usability and is effective for meeting people, we’ll like it.

With all that said, here are our top 5 dating apps and sites in Quebec City.

#1 - eHarmony (Android, iOS) is one of the best dating apps in Quebec City for singles looking for lasting love

There are still people who think that apps and sites are only for nothing but flings. That isn’t the case. Millions of people meet their spouses through online dating, with most modern long-term couples starting in the digital space. At the forefront of that shift is eHarmony, the best dating site in Quebec City for finding true love.

With an unparalleled record of producing marriages, eHarmony is where more and more people are turning to for relationships. One of the main reasons it’s so successful is its algorithm. It relies on a thorough questionnaire that you answer when you sign up. It takes some time to complete, but when you get your matches, you’ll be happy you put in the effort.

#2 – Plenty of Fish (Android; iOS) is getting more popular every day

While Plenty of Fish has been around for nearly two decades, it’s never been the site with tons of buzz. Tinder and OkCupid have become cultural touchstones, while POF has just steadily chugged along. So, even if you’ve heard of POF, it might surprise you that its global user base is north of 100 million. And growing.

This is why we wholeheartedly recommend it. As we said above, one true sign of a site’s value is its popularity. Having tons of users means your odds of matching with someone increase. But, also, it suggests good word of mouth. Even without lots of press, POF has grown into one of the biggest sites out there. That speaks to its fundamental reliability.

Why we recommend POF

There are multiple sites that are popular for casual fun, but few have even a fraction of AFF’s user base. And since AFF has never claimed to be a site for relationships, everyone knows what the deal is. You don’t have to navigate tricky feelings or complicated dates. Just get in, get out, and have a great time doing it.

#4 - Match (Android; iOS) continues to be a favourite dating site in Quebec City

Match came on the scene well before the glut of dating apps came along. In fact, when it was first created, an app was jalapeno poppers. This is to say, a lot has changed since Match.com launched in the mid-90s. A lot of legacy sites would be content to rest on their massive name recognition. Not Match.

Committed to constantly updating and trying new things, Match regularly rolls out new features. With video chatting, icebreaker prompts, and even in-app games, Match ensures the online dating experience is fun and dynamic. There are some bugs to fix in the app itself, but overall, Match remains a major player in the game.

Are you a busy person? Does dating with an app sound fun, but does the idea of endless swiping seem exhausting? We get it. Dating in the modern age can be a full-time activity, and that’s even before you meet anyone in person. It’s for that reason that the creators of Coffee Meets Bagel are working to make online dating simpler.

Instead of offering a non-stop stream of accounts, CMB works by giving you a daily list of potential matches. With features designed to help break the ice, you can get to know your matches in a timely manner. By letting you slow down and appreciate the experience, CMB is one of the best dating apps in Quebec City.

Why Coffee Meets Bagel is worth trying

Not everyone in Quebec City is looking for love, and that’s fine. There’s no reason you should feel pressured into being in a relationship if that’s not what you’re after. For that reason, here are our top picks for hookup sites and apps that actually work:

Many Quebec City hookup sites want to seem more “respectable,” so they advertise themselves as relationship and dating sites. AFF isn’t ashamed to be what it is: the best way to have casual fun in town. With millions of users, whatever your bedroom proclivities, there’s someone for you on AFF.

Tinder is massively popular with the younger crowd

When Tinder popped up a decade ago, it immediately changed the game. With its focus on photos over detailed bios and its simple swiping mechanics, it immediately became a phenomenon. What’s interesting about Tinder is it has an unofficial age limit of 29. No, there’s nothing saying you can’t use the app in your 30s or 40s. Just don’t expect much luck. Tinder is the best hookup app for young, good-looking people in Quebec City.

The Best Dating Sites in Quebec City for Relationships 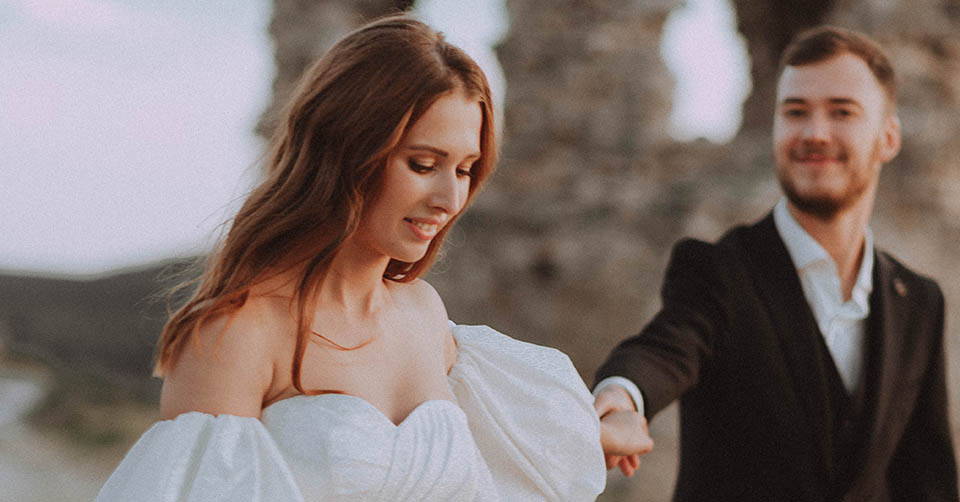 Are you done playing the field? Are you dead set on finding a partner for life? Then you’ll definitely want to check out these sites. These are two of the best dating sites in Quebec City for finding love.

Of all the Quebec City dating sites, eHarmony is the one we recommend the most. Its track record and user quality are just too good to not at least try. Obviously, not everyone who signs up to eHarmony is going to find the love of their life in the first month. But, statistically, most users will find a spouse within a year. No other dating site can make such a bold claim.

Zoosk is growing its userbase in Quebec City

Zoosk is unique among the dating apps in Quebec City. It’s marketed to younger users–people between 18 and 29–but it isn’t a hookup app. While not all users are necessarily looking for marriage, they aren’t after flings either. Studies show Gen Z is less interested in casual fun, and as a result, Zoosk is having a moment. Check it out. 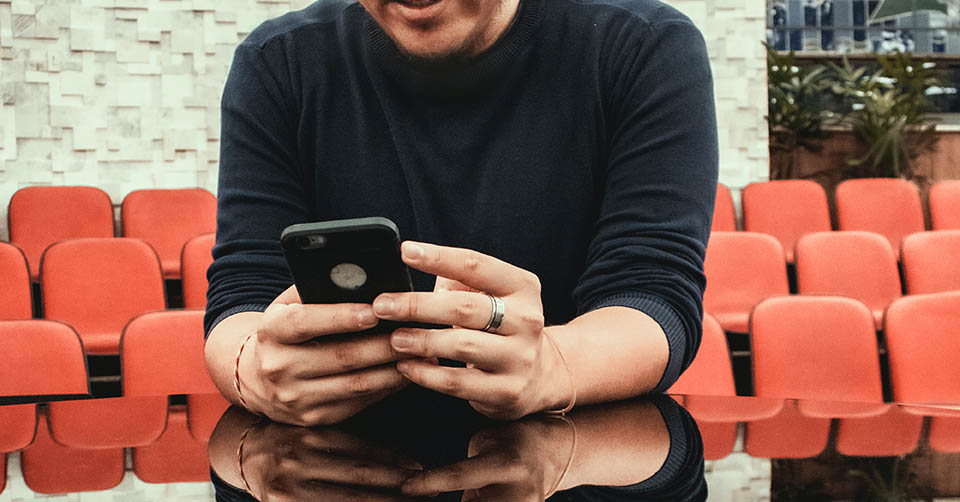 Most people, especially when they’re first dipping their toes into online dating, just want to try out a free site. While almost all sites offer minimum usability without payment, truly free sites of real quality are rare. Which makes sense. These sites aim to make money, and the best way to do that is to persuade people to get subscriptions.

Still, people ask us all the time, “What are the best free dating sites in Quebec City?” If you can find true love without paying a cent, why wouldn’t you go for it? Well, as we’ve said, dating sites and apps that are truly free are rarely any good. But we do have a few that we like. If you don’t want a subscription but do want to meet new people, try these:

There are tons of dating sites in Quebec City, so hopefully, this article has helped you narrow down the choices. Whatever you’re looking for – love or something more casual – we hope these recommendations have helped.