7 Simple Ways to Make Emotional Connections with a Women 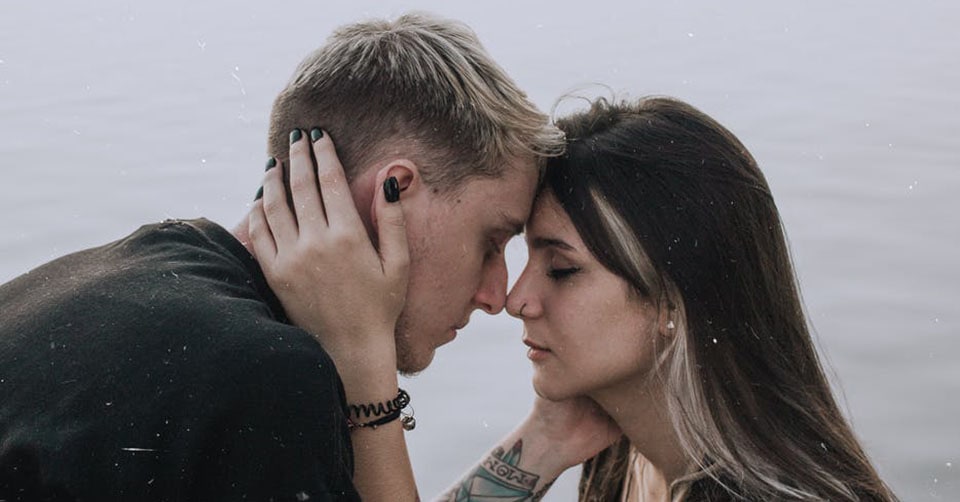 The reason some guys don’t make it past the first date is that they don’t know how to make an emotional connection with a woman. Chemistry is all well and good, and it’s ideal if you’re just after a shallow hookup or a fling. But an emotional connection? That’s something for keeps. The ability to make emotional connections is one of the most useful skills you’ll ever learn—not just for the dating game, but for life in general as well.

Before we get started: What exactly is an “emotional connection?” In the simplest terms, it’s the feeling you get when the person you’re with is “the same” as you. They think and feel the same way you do, and they understand you at your deepest, most honest level.

In dating, you want women to feel that emotional connection with you right away. You’ll want them to spend 10 minutes with you and think, “He’s the same as I am,” or “He totally understands me,” or “He’s just like me!”

So let’s make things easier for ourselves by reading this article all the way ‘til the end, yes?

The Importance of an Emotional Connection

Let’s kick off with a sad statistic: Most guys do not know how to make an emotional connection with a woman.

For that matter, too many men don’t even know it’s a thing.

And the result? They make a critical mistake with women—and they don’t even know they’re making it:

Most men break the emotional connection by default 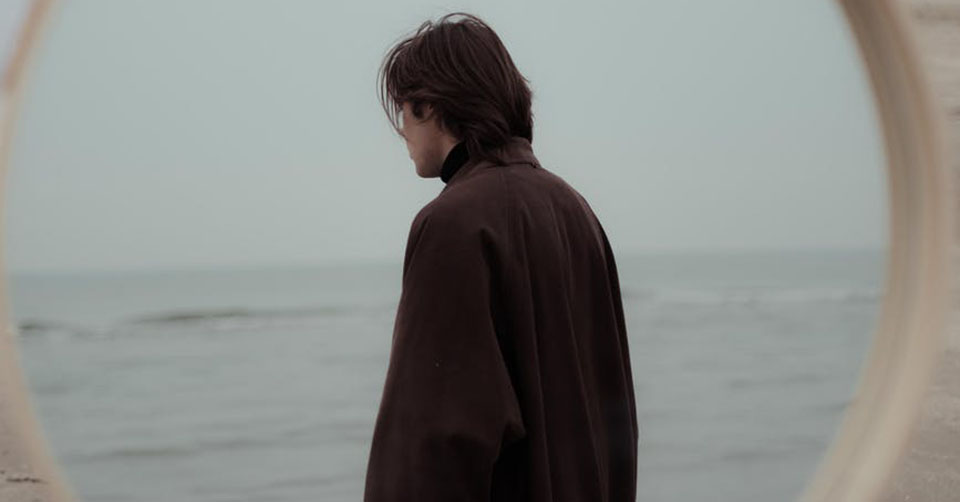 You read that right: Most men break the emotional connection with women instead of building it. And it happens in both situations: With women they just met and with women they're already dating.

How does it happen? Check yourself if you do any of these with women:

Too many men do these things. It’s all to impress a woman and make her feel attracted. After all, the more “special” or “unique” you are, the more interesting you’ll be to women, right?

Well, they’ll find you unique, all right—which does the exact opposite of building an emotional connection. It makes her think: “Nope, he’s not like me.”

It’s even worse when the woman in question is your girlfriend or wife. Eroding your emotional connection over time will only make her want out of the relationship. So, if you’ve ever had a relationship where she just “fell out of love” with you, now you know why.

Let’s not make that same mistake again. Instead of breaking emotional connection with women, learn to build it.

When you make an emotional connection, trust and attraction follows

Here’s another mistake many men make: They try to make a woman like them by “building trust” or “triggering attraction.”

To be fair, these are good strategies. Except that they may require more effort—and can come off as less honest—than simply building an emotional connection with her.

Here’s why: When she feels you’re on the same wavelength as she is, the trust and attraction follow naturally. It’s automatic—no building or triggering necessary.

Which of the two approaches do you think is better? Without a doubt, it’s the latter.

I hope you see by now the power of knowing how to build emotional connections with a girl.

Now let’s get to the heart of the matter. How do you build an emotional connection? Let’s first take a look at how to do that with a woman you’ve just met—and later, with the woman you’re in a relationship with. 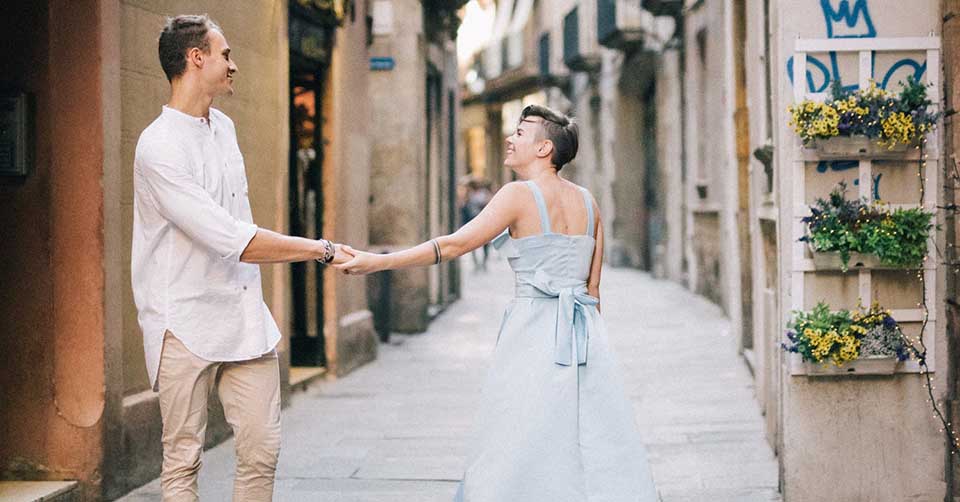 If she’s someone you’ve just met, building an emotional connection with her means doing two things:

How exactly do you do that? By keeping these three tips in mind as you interact with her:

I’m talking about controversial opinions like “Dogs are much better pets than cats.” It’ll be incredibly awkward when she tells you she runs a shelter for abandoned cats.

It’s okay to have strong opinions about politics, religion, food, pets, and so on. What’s not okay is to express them this early. That’s easily one of the biggest flirting mistakes you can make at this stage.

If you want to make an emotional connection with her, keep them to yourself for now. In the meantime, be neutral, listen, and don’t judge.

#2: Make her feel involved as you lead the date

Another mistake men make is trying to impress a woman with their leadership skills. On a first date, they might say: “I know this great Italian place. Let’s go,” never even giving her a chance to maybe say, “I don’t like Italian.”

When you make her feel like she’s not involved, and is instead just along for the ride, no emotional connection happens.

So instead, involve her in your decision-making. You can say: “I was thinking of getting Italian. Do you like Italian?”

You’re taking the lead, which is good, but you’re also making her feel involved—which, with the goal of building a connection with her, is even better.

The more you make her feel like she’s an equal partner in this relationship–as early as things are–the easier it will be for her to fall in love with you.

If, after 15 minutes of conversation, you’re still making small talk with a woman (e.g. talking about your hometowns, your jobs, your hobbies, the weather, etc.), then that’s a bad sign. You’re not making much of an emotional connection, and you’re running out of time.

Your goal should be this: Within 10-15 minutes of your first conversation with her, you should already be going deeper. That is, she should already be pouring her heart out to you. She should be telling you about her life, struggles, dreams, fears, views, and so on. You can do this by asking some of the first date questions on our list.

She builds the strongest emotional connections with men she trusts. And when you can make her tell you about her deepest secrets, she’ll feel that connection with you. That’s your goal.

These three tips will turn your interaction into a wellspring of emotional connection for her. Keep it up, and she’ll like you, trust you, and then feel attracted to you in just a few minutes. You’ll see it happen right before your eyes—try it out, and you’ll be amazed at how quickly it works.

Now, let’s move on to the other situation: What if you’re already seeing the woman in question? 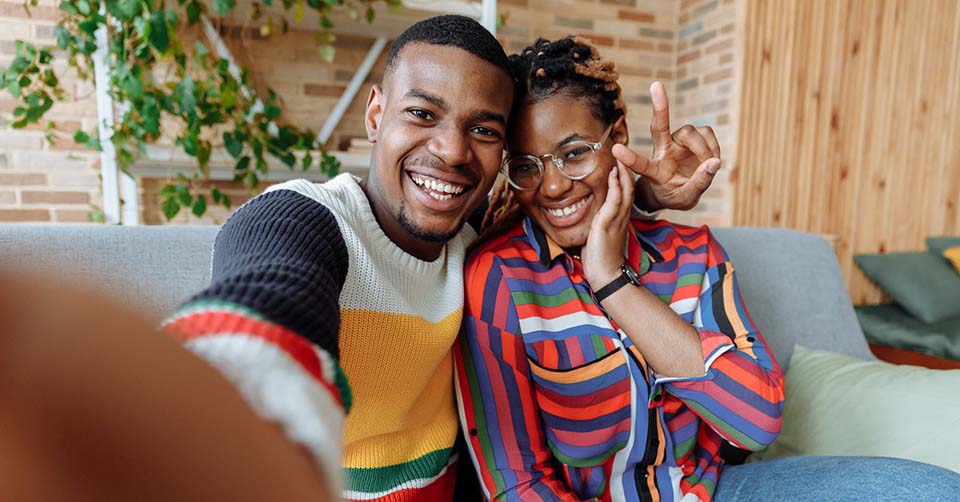 If you’re already dating a woman, then the game plan is to keep the emotional connection growing between you. Emotional connection doesn’t stay stagnant—it’s either growing or fading. And to make sure it’s always growing, I recommend you do these three things:

Few things break an emotional connection faster than harsh criticism. Nothing makes her think, “I was wrong about him,” more than a biting condemnation from you.

Remember: If she’s seeing you, it means she values your opinion. And if she becomes the butt of a critical opinion from you, she’ll feel so soul-crushed she can’t help but withdraw from you.

My advice? Keep things constructive. Make your suggestion, state your reason for suggesting it, and then let her make her own decisions. Even if you disagree with her, she’ll appreciate your thoughtfulness and maturity, and that’ll only make your bond stronger.

#2: Let her make the smaller decisions

In a relationship, even when you’re just starting out, it’s best when you make decisions together. And while you should make the most important decisions yourself, it helps tremendously when you let her take the lead on the smaller ones.

The less important decisions include:

Again, feel free to make your suggestions, but if she states a preference, go with it. You can’t go wrong. And the more you do it, the more she’ll feel you’re already a couple.

Lastly, understand that women need to talk. It’s how they build bonds with other people. That’s why when she tells you about her day, she doesn’t just give you the highlights—she gives you a blow-by-blow account, in slow motion, in gory detail.

What should you do? Listen and care, that’s what!

The worst thing you can do is to dismiss her or tell her to “get to the point.” That just tells her you don’t care.

And that’s all she needs to think: “If he doesn’t care, why should I?”, and your relationship’s days are numbered.

So, just listen. Often, you won’t even need to solve her problem or make suggestions. As long as she knows you’re there, listening, caring, firmly in her corner, she’ll appreciate you.

And that, my friend, is how to make an emotional connection with a woman.

It’s a simple skill to learn—but only if you know about it. Most men don’t.

But now, you do. So go out there, try it out, and see how simple things actually are with women.