You Ghosted Her And Want Her Back (How To Handle It) 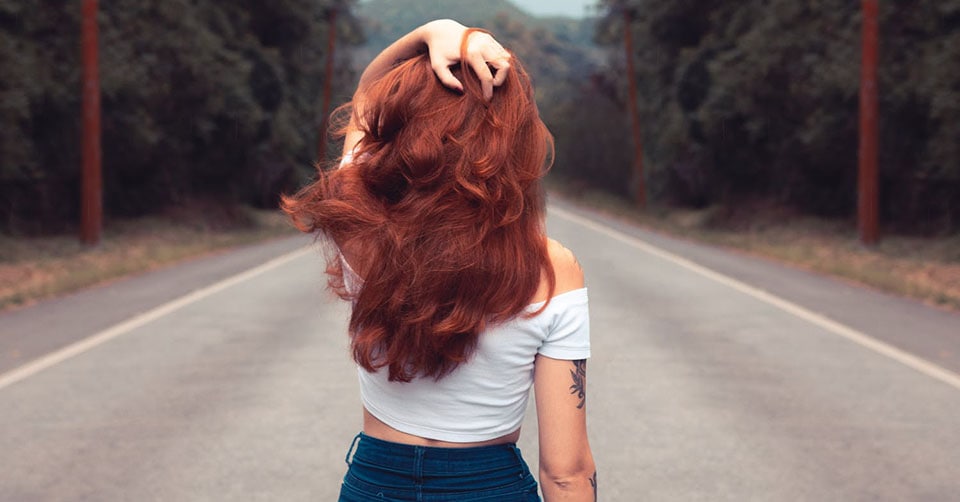 Have you ever disappeared from a girl’s life but after you ghosted her you want her back? Or maybe she ghosted you and you’re not sure where you stand with her?

With modern dating and digital communication drastically changing our social landscape, it’s no surprise to learn just how common it is to be ghosted today. Whether a girl you were interested in ghosted you, or maybe a girlfriend ghosted you, it’s an unpleasant feeling for them to disappear from your life. However, understanding why people ghost makes it easier to deal with and, in some cases, get the girl back.

In this article, you will learn about ghosting someone or being ghosted, and what you can do if you want her back in your life.

Why Do People Ghost?

So, why do people ghost one another? The truth is that ghosting comes in a variety of scenarios: It can be justified or unjustified, intentional or unintentional, or simply depends on what is happening in someone’s life.

Let’s look at some of the most common answers as to why people ghost one another.

She got a new boyfriend and is in an exclusive relationship 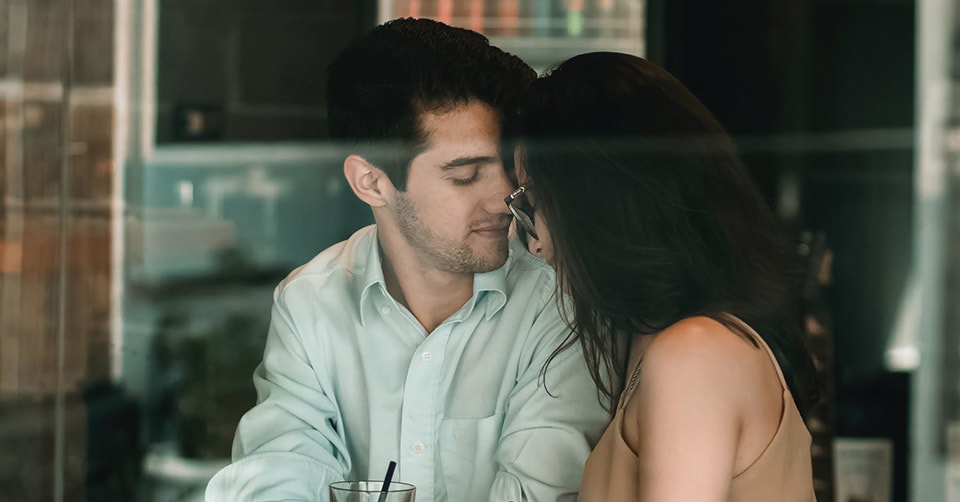 Some women unceremoniously shut out other men in their lives when they’ve started a new relationship. Or, they may have had a talk with their current relationship and become exclusive for the sake of maintaining fidelity.

Whatever the reason, if you’re getting the cold shoulder, she might just have a new boyfriend to be occupied with.

She lost her phone

People lose contact all the time if they’ve lost their phone. Over 70 million smartphones are lost each year, with only a dismal 7% every returning to their owner. Considering how often this occurrence is, a girl who is ghosting you may actually have lost her way of contacting you for the time being.

While some phones have backup and recovery options for contact numbers, it’s not uncommon for people to lose all their information and spend months tracking down every contact.

Women are naturally less risk-averse and shy when compared to men, so they may have trouble working up the courage to contact you. Normally, if she’s just shy about reaching out, she’ll respond when you text her. But if she’s too shy to talk about why she’d rather not continue talking to you, any sort of text you send her will probably remain ignored.

If you exhibited a negative behavior in her presence or she heard about you through the grapevine, she may be purposely ignoring you in hopes that you get the message (and lack thereof). Likewise, it’s also possible that she’s scared of her feelings for you and she doesn’t know how to talk to you about it.

Not all people are good and that includes a fair amount of women. Some women use ghosting as a way of actively ignoring people in their life as a form of dominance. In some cases, she may still want to keep in touch with you, but solely on her terms. Or, she might have just given you the wrong number to keep you at bay.

Commonly, a manipulative woman will reach out to you when she needs something from you (e.g. company, money, a ride, etc.) but block you in the interim. Some women will even tell you that they are ghosting you until you stop a certain behavior that isn’t to her liking. Either way, this type of behavior is obviously a red flag.

If she’s ghosting you, she may be seeing what you’re made of.

Some women will test men to see if they’re comfortable with not speaking for a while. Whether she read about this strategy online or feels that she needs to see what you’re made of when she’s absent, it’s not uncommon for women to wait several days or even weeks before reaching out (often with an excuse that she was “busy” or “stressed”).

She might be waiting for you to make a move

Even though dating has evolved in many ways that empowers women, the same rules for women wanting to be pursued still apply. If you’re feeling ghosted and haven’t sent a message yet, the ball may be in your court to reach out to her first.

Busy with a major life event 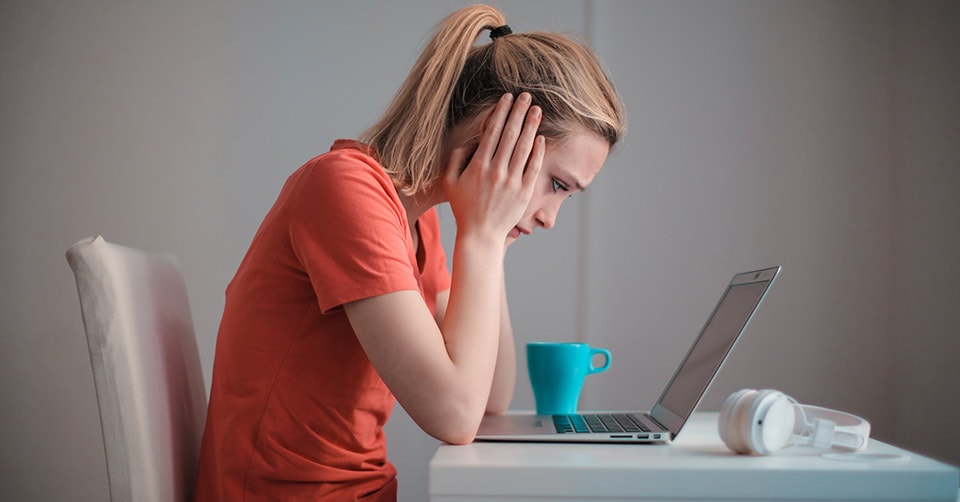 Sometimes, a woman may have to deal with a major life event that simply overwhelms her desire to contact men in her life. Here are a few examples:

My Girlfriend Ghosted Me: What to Do

Another special scenario is when your girlfriend ghosts you. This is often a troubling situation for a boyfriend, as you may not know what you did wrong and may be confused as to why she blocked you (or just simply stopped responding).

The following are some steps to take after being ghosted by your girlfriend.

Figuring out if you’ve been ghosted

In the previous section, you learned why women ghost men. For relationships, you need to first figure out why you’ve been ghosted. Trust your intuition but see if any of those reasons why people ghost fit.

Here are some supplemental questions to help you get to the bottom of the matter::

Haven’t heard from her? If so, you should reach out to her a few times in order to do a little research:

Depending on how serious and involved you were together (such as renting an apartment together or just casually dating), you may need to either ignore her in response or get in contact with her for matters that depend on her input.

When a girl decides to ghost you, understand that she may be looking for space in her life. There are a number of reasons for this, such as the relationship is getting serious faster than she’d like or she’s exploring her options. But the best strategy for being ghosted by your girlfriend is to simply go no-contact.

If you don’t hear from a girlfriend for about a week after sending a message, it’s perfectly reasonable to move on. Avoid the temptation to reach out to her unless it is absolutely essential, nor should you accuse her of anything (even if it is true). In fact, while you give her space, her mind may start to fixate on why you haven’t reached out to her, creating the likelihood that she might contact you with renewed interest.

Consider the relationship over

Ghosting is a bit disrespectful when it comes to in-person relationships. The best course of action is to consider yourself single again.

Even if she comes back into your life in some way or another, unless she has a plausible excuse (e.g. she lost her phone, she was in a serious accident, etc.), it’s time to find new women to date.

If your girlfriend is ghosting you, mutual friends can point out how she is doing without intruding in her life.

For example, rumors may have circulated that painted you in a bad light, or she may have misinterpreted something you did. If you feel these are false or maybe you learned from a careless mistake, these friends may even act as an intermediary/buffer to verify her ghosting behavior.

I Ghosted Her and Want Her Back 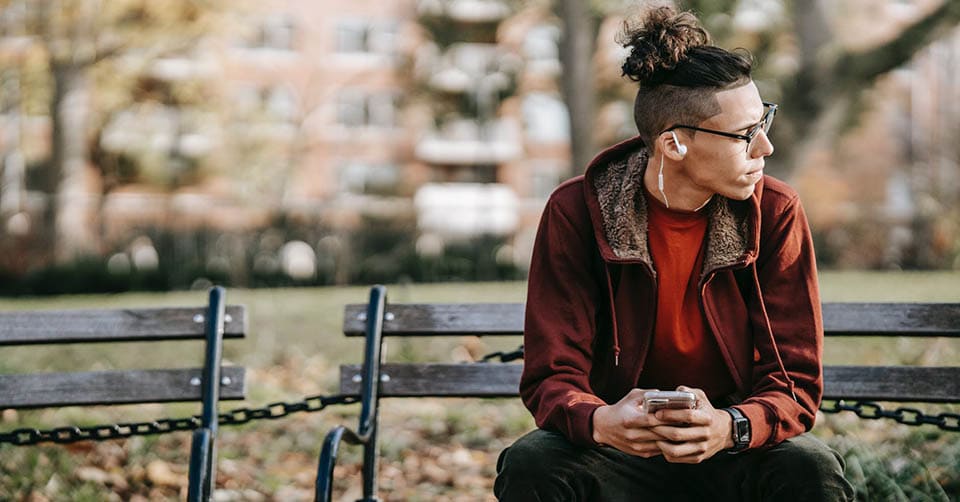 All of the previous scenarios about ghosting in this article have so far been focused on being ghosted by a woman. But what happens when you ghost her and regret it?

Many men often say “I ghosted her and want her back”, but getting her back may be an issue. Here are some strategies to get her back after ghosting her:

If you ghosted her, test the waters by sending out a single message. “How are you?” is all you really need. Anything more than that puts you at a disadvantage. For example, you may have ghosted her to explore other options, so to come crawling back with a long diatribe about how you miss her may make her view you in a negative light.

Understand that you might go tit for tat if her feelings were hurt by you ghosting her, only to have her ghost you for the emotional harm you caused her.

If you had a breakup or needed space in your life, one way to get her back is to contact her with an explanation. It can show her that you are capable of seeing things in a new light and are sensitive enough to understand where you went wrong, she may take you back.

So come up with an honest explanation, apologize and see if she’ll consider picking up where you left off. Naturally, there will be some trust issues going forward, but if you can work on them, you can patch up the fractured relationship.

Act as if you hadn’t ghosted her

One of the advantages of ghosting is that the other party often doesn’t know if they’ve been blocked or not responded to (ie. messages left on “Unread”). Acting as if you hadn’t ghosted her may not require an explanation at all.

You may be surprised that ghosting her gave her some time to see your relationship in a new light. After all, if you’re already ghosting her, there may be some differences that need to be reconciled, or her behavior may have changed for the better unconsciously.

You ghosted someone who may have had feelings for you. And you may also have feelings for her seeing as you regret your decision. But even if you come to the realization that you ghosted her and want her back, she may no longer want anything to do with you.

Ghosting hurts because of the prolonged uncertainty. So when you hurt someone like that, sometimes you just have to accept that you’re the bad guy in this. If she agrees to talk to you again only to effectively end the relationship, the only thing you can do is move on.