She Gave You The Wrong Number: 10 Ways To Turn It Around 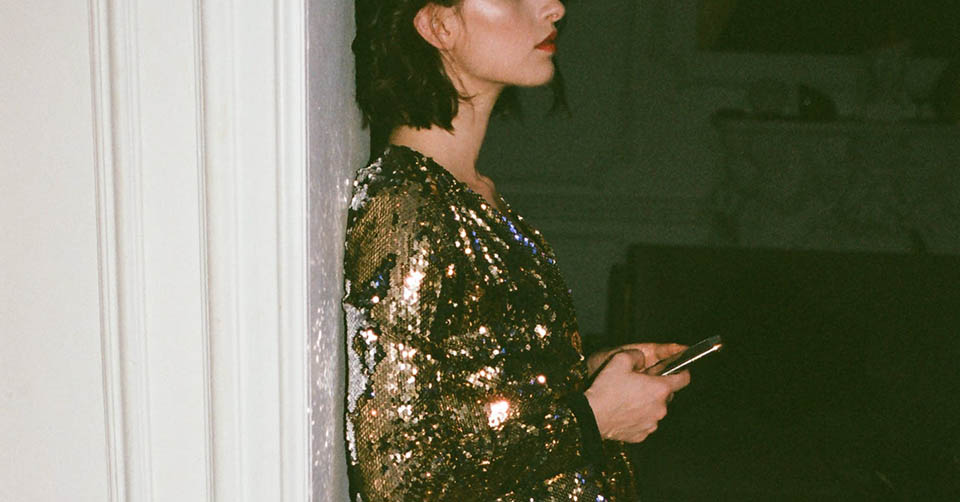 “I did everything by the book but still, she gave me the wrong number…” This is a complaint every single guy who’d ever approached a woman on the street knows. You walk to the girl – overcoming a ton of social anxiety – talk to her for a while, then put your pride on the line to get her number.

Then she walks away after she said yes. And while you’re daydreaming in the subway about what your first date might be like, you check your phone to send her a quick text… but you get nothing.

Or worse, someone else picks up and it's some random dry cleaners two cities away.

She gave you the wrong number and you feel like a loser who women won't give their number do.

First, and before everything else, you’re a champ. Very few men have the confidence to ask a hot stranger for her number. You’re an even bigger champ if you did it despite your immense social anxiety. Anyone who’d been in your shoes knows how hard it is to pull your shit together and approach a girl in front of tens of people.

Today, I’m going to show you how to avoid getting fake-numbered by girls and what to do to make sure she gives you her right number.

Did She Give Me a Fake Number?

The faster you figure out you’ve been fake-numbered the better. There’s a difference between noticing it on your way home and realizing it before she leaves you. Below, are my two most favorite ways to spot it when a girl gives me the wrong number.

1. Say it back wrong

Well, this may sound sneaky, but I like to repeat a girl’s number out loud after she puts it (or I put it) in my phone, but with a couple of wrong digits.

The normal response should be her correcting you and making sure you got the right one. However, if she says that the “wrong” number you just spelled out is the right one then she definitely gave you a fake one.

Put her number on dial and click call. That’s the quickest – and most embarrassing – way I use to find if she gave me the wrong number. Also, if the girl is smart and saw you dialing her number, then she won’t give it wrong to avoid looking bad.

However, I don’t like this move because it makes her feel pressured to give away her real number, and brings out the vindictive part of her. She's thinking, "You're putting me into a corner, I’mma block your ass once we shake hands."

Not quite the best move.

So the first tip is a little sneaky and the second one might back her into a corner. This third one is a slightly more subtle way of making sure you get the right number.

Instead of asking outright for her number, give her yours. Then ask her to send you a text now so you can get her digits too. If she's into you, she won't mind. If she's not into you, she'll give a bunch of excuses like "I can't get a signal here", "I ran out of credits", or "I'll message you later."

If she gives you an excuse, take the hint: she's not into you and she doesn't want you to have her number. But the good news is that if you accept this graciously, she might change her mind later on and actually text you first. Win-win!

She Gave Me the Wrong Number: What to Do 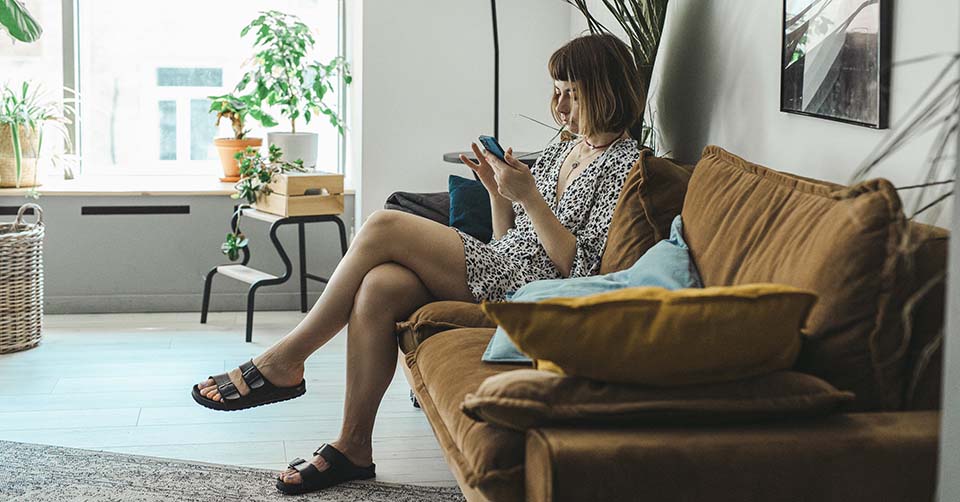 What should you do after you find out that she gave you the wrong number? If you met her again, should you confront her and risk looking butthurt or act as if nothing happened? There are a few ways you can navigate this sticky situation.

Do this if you think you'll never see her again..

Scroll through the names, and if she’s not from out of town, then you should find her. But again, it kinda feels like stalking her won’t put you in a good light.

And do this if you ever bump into each other..

How to Avoid Getting a Fake Number in the Future

Now that I’ve told you how to deal with being fake-numbered, it’s time to show you how to avoid the problem in the first place. Below are my top five tips for reducing, if not limiting, the chance of a girl giving you a fake phone number when you approach her. They’re so easy but require a big load of boldness and self-confidence. 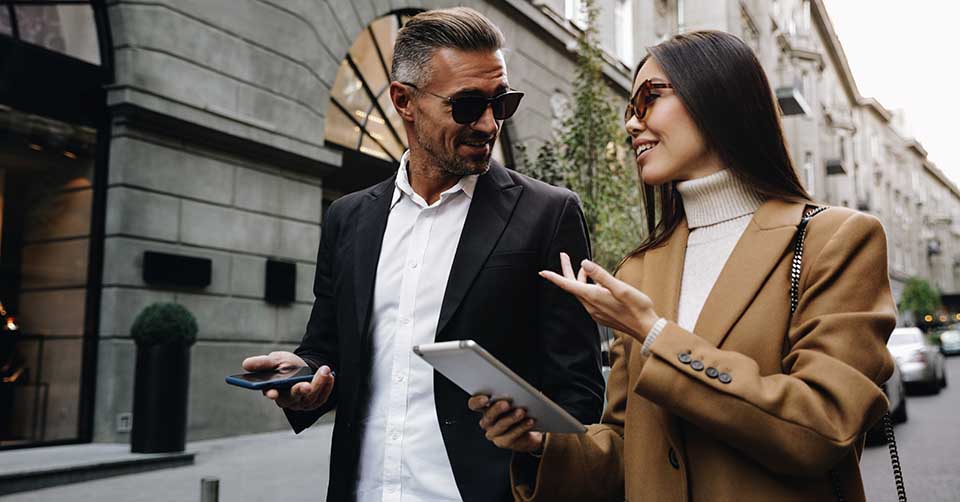 The best way to avoid getting fake numbers is to state it early on. Tell her you find her interesting and that you’re an interesting person too (be damn cocky about it), and that she can say no if she doesn’t wanna give away her number. This will take the pressure away.

By giving her that chance to decline your request, most girls will give you a real number because they no longer feel their back against the wall. Also, it shows that you’re both understanding and you can get over the rejection. Just don’t say it as if you’re used to girls giving you fake numbers, that will be a huge turn-off to her.

In attraction, tonality and body language matter more than good humor, and sometimes looks. I’ve seen many guys – me included – who are slick via text but they suck on dates just because they don’t have proper delivery skills.

Be bold and grounded when you ask a girl out or ask for her number. When you tell her, “let’s grab a drink sometime” say it like it’s not a big deal or like you’re used to getting girls to follow your requests. Talk slowly, and with conviction, and look her in the eye as you speak. All these little details will impact her decision and will get you the right phone number – if not more. 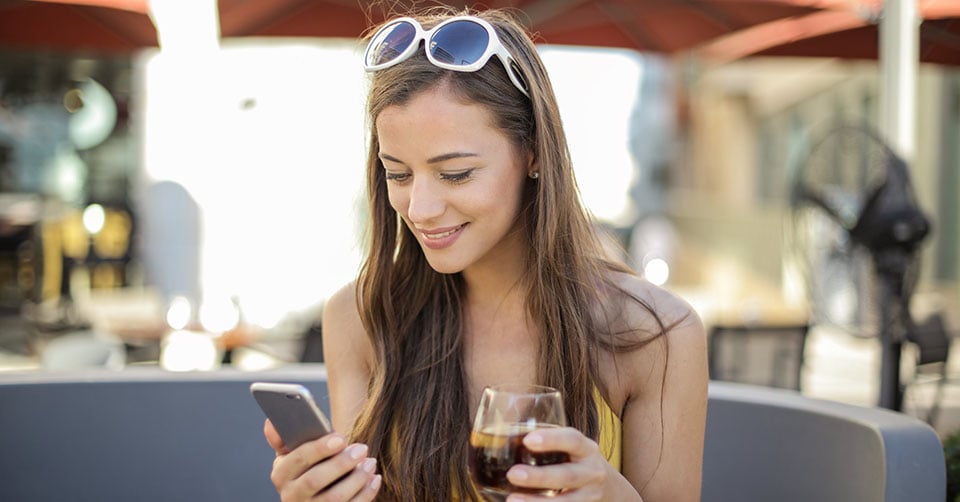 A girl will make a lot of fuss about giving you her number, but she won’t mind sharing her Instagram handle.

If you think this girl is timid, and you didn’t make enough impression to get her on a date, then get her Instagram and message her there. It’s almost the same text game. The only problem, however, is if she has more social status than you. If you don’t have cool Instagram photos or if your profile says that you don’t have much going on in your life, then you’ll find it difficult to keep up with her.

When a girl ghosts or blocks you after giving you her number, it’s probably because you didn’t build enough of a connection with her. You can fix this problem with an instant date.

Instead of asking for her number, why don’t you take her somewhere nice right away?

Sometimes, especially during the day, you may squeeze in 20 minutes for a quick coffee date with her on the spot. This is a great opportunity to build a quick, and strong, impression on the girl.

5. Bonus tip: Don’t leave right after she gives you her number

This may not affect whether or not she gives you a fake number, but it may reduce your chances of being blocked on the spot or getting ignored later on.

Leaving right after she gives you her number is a big turn-off to some women. It feels less genuine as if you only came for the number/lay and you don’t care about her personality. When she gives you her number, hang in there for five minutes or so then excuse yourself. It gives a better impression and improves the bond with her.

Now of course, this is different from ending the conversation to build up attraction. So if you've been having a good conversation so far, but you really need to get going, get her number as soon as you can. Then build up some more rapport so that you say goodbye on a high note. Chances are, if she initially gave you the wrong number, she'll change her mind and give you the right one instead.

Your first thought after thinking, "She gave me the wrong number" should be "It's not a big deal." Women have their reasons for giving strangers the wrong number, and sometimes it's not even your fault. But with the tips above, you can improve your chances of getting the right number.