The Signs She Is Hiding Her Feelings for You: What to Do 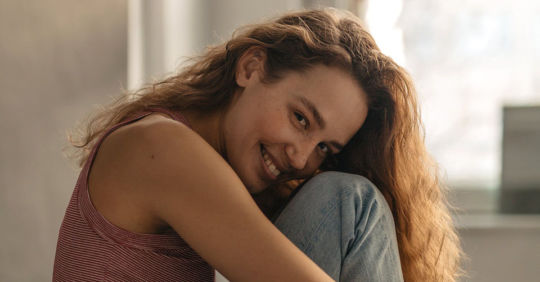 Women are prone to hiding their feelings during the early stages of dating. That’s why it’s important for you to understand the signs she is developing feelings for you.

When you can spot the signs she is hiding her feelings for you, it becomes easier to know where you stand. At this point, you will feel free to progress the relationship with her and take things more seriously, if that’s what you want.

If you’re not able to spot the signs she is hiding her feelings for you, it’s possible that you might walk away from a relationship that could have been really great. Yes, that’s partly her fault for hiding her true feelings, but women will often do that if they’ve been hurt in the past.

So, let’s dive into this guide to help you understand the signs she has feelings for you but is hiding it.

Signs She Is Developing Feelings For You

It’s important to start this article with a list of basic signs she is developing feelings for you. Often, women won’t come out and say “I like you” or “I’m attracted to you” or “I want you to take me home”.

In the early stages of dating, they’re scared of being vulnerable in case they scare you off, or if you don’t feel the same way yet. However, you will be able to see the signs she has feelings for you in her behavior.

Here is a quick list of examples of behaviors to look out for.

This is stuff that women rarely do around men they’re not attracted to, not frequently anyway.

It might seem like an obvious list of signs she has feelings for you, yet a lot of guys still don’t pick up on them, especially if they have anxiety around women or low self-esteem. It’s not because she’s hiding her feelings for you; you might just be missing all the signs!

It’s especially difficult for guys to understand these signs when a woman is trying to hide them. That’s why it’s important to also recognize the signs that she is hiding her feelings for you.

Most dating apps aren't great for finding quality women but there are a few standouts. If you haven't had a great time using dating apps to this point it's probably because you're using the wrong ones. So much of dating happens online now that you miss out on too many opportunities by avoiding it.

There are a couple of apps that dating experts have been recommending to regular guys that will work for you:

Signs She Is Hiding Her Feelings for You

If you can learn to see through the walls she puts up and understand how she really feels, it’ll be better for both of you. You want to get to know her better and see why she’d be scared of her feelings for you.

Sometimes this is because of cultural differences. Some women were simply raised to never show their affection for someone unless they’re already in a relationship. In other cases, it’s because she’s been hurt--whether by being rejected or because all her past relationships ended badly. It’s also possible that she’s simply young or inexperienced when it comes to relationships, and she’s still figuring out how to show her feelings.

When a woman hides her feelings for you, she’ll usually blow hot and cold. This means she’ll happily engage in some of these signs that she likes you in one moment, only to turn completely cold on you later.

Essentially, she wants you to know that she likes you, but doesn’t want to scare you away by showing you too much. If she begins to fear she’s moving too fast, she’ll compensate for that by removing all affectionate behavior and maybe even turning completely mean.

Here are some examples:

It’s common that a woman will be really warm towards you in real life, but cold over text. Or vice-versa.

A lot of women think these mind games help them bag a good man. The truth is: this type of behavior can leave us completely mystified and annoyed. We are mostly a lot more simple when it comes to this sort of thing, and would prefer women to act the same way. If only life was that easy!

A good rule of thumb to follow is: assume she likes you, until it becomes clear otherwise.

In most cases, if she has been showcasing some of the signs she likes you listed above, she harbors at least some romantic feelings towards you.

By proceeding as if she is obviously attracted to you, you will display a certain confidence that can make you even more attractive in her eyes. So, it’s a win-win.

What To Do When She’s Hiding Her Feelings for You

The main reason she’s hiding her feelings for you is that she fears being hurt. It might be tempting to try and beat at her own game and go cold yourself. Sometimes, this will make her come running back.

But it’s often a better idea to help her relieve any fears she has about losing you.

The next time you see her, call out her behavior. Tell her you know she likes you. Explain that she doesn’t need to turn cold or play mind games because you like her too.

She’ll believe you more if your actions match your words. So, take a look at the list of these signs that she likes you above - and start showing these signs towards her.

Since she’s so unsure, you’ll need to lead in this relationship. So, be brave enough to take the first step in showing her woman you’re ready to be honest and vulnerable about how you feel. The more you do that, the safer she’ll feel about doing the same. Over time, she’ll learn to trust you and express how she really feels without filters.

You don’t have to overdo it. In fact, if you shower her with love and affection when she’s still hiding her feelings, that might make you look desperate and scare her away.

You shouldn’t increase the amount of affection you show her when she turns cold either. That’s rewarding her for behavior that you don’t want her to engage in. It’ll only encourage her to behave like that whenever she wants more from you.

Instead, remain consistent with your confidence in yourself and your affection for her, no matter how she behaves. This is what it means to be “her rock”. You’re unmoved in the face of her drama. This makes women feel safe and secure. It’s a highly desirable quality in a boyfriend and a husband.

The first step to getting there is to recognize when she is hiding her feelings. Hopefully, this guide makes you feel more capable of doing that.

If you liked this guide, you’ll love our list of 10 things you need to understand to get women. It will shed more light on women’s behavior so that you’re not constantly confused by mixed messages.