The Female Mind During The No Contact Rule (What Happens) 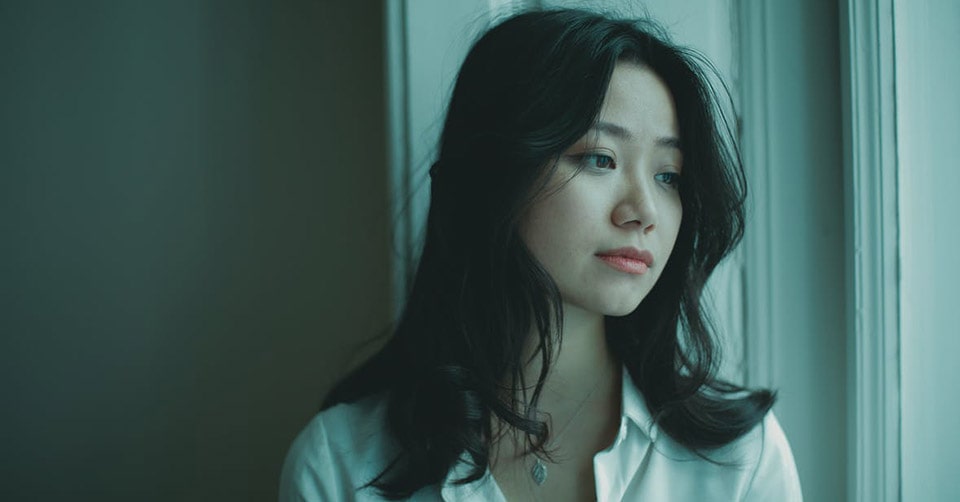 That’s why so many dating experts recommend the no contact rule to make her miss you.

The no contact rule states that you DO NOT contact your love interest until they contact you first. This means no texting, no calling, no liking or commenting on their social media photos, no knocking on their front door. Nothing.

Single men and women are frequently advised to adopt the no contact rule when their love interest isn’t being as receptive as they’d like.

This could be when:

The idea behind the no contact rule is to inspire your love interest to chase you, because they fear losing you otherwise.

Its power is based on the universal psychological concepts that humans tend to want what they can’t have - and that we fear losing something more than we are excited about getting it.

It works best on people who were previously interested in you, only for that interest to seemingly die down. If your love interest was never excited about meeting you, the no contact rule is unlikely to work.

Either of you can initiate the no contact rule. So what goes through her mind when she uses it on you?

When she’s using the no contact rule on you

Not contacting you is a conscious effort. If you’ve been interested in each other for a while and you’ve been talking regularly, you’d think there would be no reason for her to go no contact. But that’s not always the case.

She notices a lack of effort

Sometimes, even if you do communicate regularly or you even go out on frequent dates, she could initiate no contact if she wants more from you.

For instance, if she feels like you’re taking her for granted (e.g. going on the same dates, talking about the same stuff, etc.), she could go no contact. She wants you to realize that a few lame dates and inane conversations aren’t going to make you win her over.

She might also choose to ignore you if you’ve done something wrong. Maybe you said something hurtful and she’s mad that you didn’t even recognize it. In this case, she’s using the no contact rule to make you want to win her back after hurting her.

If she really likes you, she’ll probably say something after a few weeks. But if it seems like she has gone no contact for far too long…

She wants out but can’t say it

Lastly, there are just some women who will ghost you for no discernible reason. It could be that she found someone else or maybe she stopped liking you. She could also just not be ready for anything serious, but she lacks the ability to tell you outright. Some people are just terrible at confrontation, so they just ignore the problem until it disappears.

Good news for you: if she’d rather ghost you that tell you what’s wrong, you dodged a bullet.

When you’re using the no contact rule on her

During the courtship process, women don’t want men who pursue them too aggressively. You might see it work in Hollywood movies, but it’s a huge turn-off in real life.

The reason is that a woman wants to date a man who she perceives as better than her.

If a man is constantly sending her messages and trying to arrange a date without her putting in any effort to impress him, this signals that she’s not batting out of her league. If she was, she would at least have to put in some work to win him over. This is why a woman tends to turn cold when you’re putting too much effort into pursuing her in the early days of the courtship.

She concludes that you probably don’t have any other women to pursue, nor any other exciting activities to fill your time. So, she asks herself: why should she be excited about meeting you if no one else is?

But, when you engage the no contact rule, the whole dynamic is flipped on its head.

Assuming she initially had some level of interest in you, she’s probably now going to begin to wonder why you’ve stopped contacting her all of a sudden.

Have you found someone else to date? Is there some sort of exciting project that you’re getting involved with?

These are the types of questions that will begin to run through her head. Now, you’re beginning to come across as more of a high-value guy in her mind. She’s going to start telling herself she needs to chase you if she ever wants to make something happen.

That’s why the no contact rule not only inspires women to get back in touch with you but also motivates them to chase you harder than ever.

It’s therefore in your best interests to create that mystery and the no contact rule is a great way of doing that.

The no contact rule isn’t a magic trick that compels women to reach out after a lengthy period of disinterest. As previously mentioned, it’s only likely to work if she previously had a level of romantic interest in you.

If you’ve just matched on Tinder and she’s ignored your opener, the no contact rule probably isn’t going to help you.

But, if you’ve been on a couple of great dates then she appears to be losing interest, that’s a far more effective scenario to utilize the no contact rule.

In recent years, the explosion of social media has helped to make the no contact rule even more effective, provided you’re using it properly. Now, you can indirectly show a woman all the fun she’s missing out on by ignoring you.

If you’re posting photos and videos of awesome adventures you’re experiencing without her - and she happens to see it - that creates a fear of missing out that most women will find too powerful to not act upon.

Better yet, if you’re posting content with other attractive women, that’s often going to spark the fire of jealousy inside her, making her even more likely to get back in touch.

Before social media, you would have to tell her about all the fun she was missing out on. That was nowhere near as effective because it comes across as too try-hard.

By posting your highlights to social media, you can jump this hurdle. After all, you’re no longer trying to impress her. You’re sharing the fun with everyone and she just happened to see it.

What to Do If the No Contact Rule Doesn’t Work?

When should you break the no contact rule? Should you ever break it?

These are common questions among guys who have no other romantic options.

Ideally, you’ll be pursuing and hooking up with other women during this period of no contact, meaning you won’t ever feel the need to break it. That’s when the no contact rule is most effective because it means you probably are better than this woman you’re ignoring and you don’t have to fake your disinterest.

With that said, if you do feel the urge to break the no contact rule (after let’s say 1-2 weeks), it’s best to do so via what is known as a “ping text”. You can learn about what a ping text is in this guide on getting a girl to text you back.

Of course, it’s always best to look at these scenarios with an abundance mindset. If this woman still doesn’t reach out after you break the no contact rule, focus your sights elsewhere.

There’s probably another woman who will be excited to hang out with you on the horizon.

Now you understand the female mind during the no contact rule, you’ll be in a much better position to land dates with the women you meet on dating apps and in real life.

However, the truth is: you usually won’t need to adopt the no contact rule if you don’t make errors during the texting phase of the courtship.