2021 SocialSex.com Review - Is SocialSex The Real Deal Or A Scam?

Dating has moved online, and in a big way. It’s not just message boards and Craigslist personals anymore. Now there is a dating site for every kind of person and persuasion. Take, for instance, SocialSex.com, which looks and operates a lot like traditional social networking sites: users get a profile, a feed, and an inbox.

Modern dating sites can be a pretty laid back and surprisingly successful way to meet new people for romance and hookups. But, as anyone who has spent any amount of hours searching for love knows, online dating can also be sketchy at times.

Here's where we come in. In our search for the best hookup apps to meet beautiful women, we've seen everything. We review dating sites so you don’t have to learn about them the hard way. We make profiles, send messages, read the fine print, and give you all of the juicy details. In this SocialSex review, we'll uncover all the secrets of a site that promises discreet encounters.

The internet has brought us closer together in so many ways. I can chat with my friends in Asia and Europe without racking up crazy phone bills. Connecting with a business partner who lives across the country is a snap. If I need to, I can work remotely from home or take my laptop on a trip and work from almost any random city.

One quick note, if you are still not confident on your ability to attract women once you meet them you need to work on that. To help, we have a great step-by-step video course to teach you how to consistently attract good looking women.

Social networks, in particular, help us keep up with the day-to-day lives of thousands of our acquaintances. Without it, I wouldn’t know when my old high school friends have kids, or when there is a last minute plan for my work buddies to meet up for a night out. But social networks aren’t just for friendship. They've become a hotbed for casual sex, and dating sites have taken notice.

When I first navigated to SocialSex.com, I was presented with a progressive series of sign-up pages that posed a number of questions regarding my demographic and sexual interest. As I progressed through the questions, the moving background images showed a series of scantily clad women gyrating and caressing their bodies. Considering the site’s name, it makes sense they'd get straight to the point.

It's an obviously eye-catching opening, but I have to wonder about any site which opens with a bunch of pictures like these. Could it really appeal to any straight women? There aren’t any images of shirtless men flailing on a bed. This kind of male gaze-centric imagery is always a red flag for a dating site. Do they only have sexy pictures of women because they don’t have any female members?

Only one way to know for sure: I forged on.

Our Recommendation - Avoid Social Sex and use AFF

In our review of Socialsex.com it was pretty easy to tell that this isn't a site a guy is going to get much use from. Women just don't seem to be using it at all so where does that leave you?

Try out the top site from our hookup app reviews if you actually want to get laid. Without going into too much detail but AFF the most members, have been trusted for a long time, and we have seen the best results using them of any other app out there (since we are not super handsome).

You can also try them for free and it will be well worth your time. Skip Social Sex and maybe you will actually get some.

Social Sex doesn’t get any subtler

I went through the sign-up process, hoping the site would up its game once I logged in. Unfortunately, that wasn’t the case. 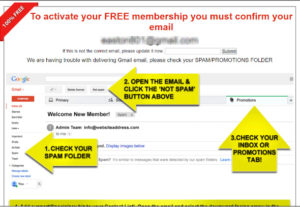 The page told me I had to verify my email before I could open my account, which is normal enough, but it warned I would probably find the verification email in the spam folder. SocialSex helpfully provided a step-by-step guide for marking their email as “not spam,” which wasn’t a reassuring sign. Any dating site that expects to be blocked by your spam filter is probably not going to have a lot to offer.

A bigger issue, though, became immediately apparent once I verified my email. The site’s URL had changed to “www2.socialsex.biz.” That didn’t leave me feeling confident.

Continuing onto SocialSex's homepage, the design was abominable, with an absolutely horrible site layout. The profiles are listed in a haphazard way, with boxy photos and no real information about the members. Then there’s the weird sidebar with a ton of text and updates about my account activity. Even the blue and gray color scheme only goes to make the site incredibly bland.

The site looks like a bad page from the Myspace era; there is simultaneously too much and not enough going on.

The best things in life are free; Social Sex is not

Not all dating sites are free, but plenty of really good ones are. If you’re going to pay for a dating site, you want to make sure it is really top-notch. It should have a healthy base of verified, active members and plenty of success stories. If it’s not the best, why pay for it?

SocialSex advertises that it is 100% free, but I quickly discovered this wasn’t the case. I received a ton of messages as soon as I logged in to the site. That already had me suspicious because my profile wasn’t even filled out. I had no pictures, no biographical information, nothing. Yet, here I was receiving messages like I was Brad Pitt or Idris Elba.

When I tried to respond to those messages, things got even worse. I was taken to an account upgrade page. This is a classic tactic for sketchy dating sites. They make sure you get a ton of messages right off the bat, and then they make you pay before you can even write back.

As I browsed through the site’s profiles, I noticed most of them had only one photo, and that photo was generally quite explicit. There was scant information for most of the women, usually just a single sentence biography with maybe a few stats on their height and body type. The whole site sort of looked like it had been filled out by one person in a rush. This is not what a legit dating site looks like.

I decided to dig a little bit deeper with the help of Google's reverse image search function. It wasn’t long before I had a hit. One of the profile pictures on SocialSex came up on a Twitter profile for someone named Jamie Heller. It also came up for someone named Holly Hite. And once again for an account named Freelance Chic. There were other sites, too. The same photo was popping up all over the web on fake profiles of all kinds.

Now, just because one or two profiles has a fake photo, that doesn’t mean the whole site is a scam. Even the best sites can't control what all of their users do. With everything else I had already seen on SocialSex, though, I felt reasonably skeptical.

What are online emissaries?

At this point I was pretty wary of SocialSex.com. It had a terrible layout, it wasn’t free, and there were fake profile pictures aplenty. I knew the best way to find out the true skinny on the site was to read the oft-ignored terms and conditions. That’s where I found this:

"Socialsex.biz utilizes virtual profiles that do not correspond to actual members . . . Socialsex.biz encourages you to use the Online Emissary service to enhance communications, entertainment and your total site experience and enjoyment."

Ignore for a second the awkward wording of that statement. The bigger issue is that they flat out admit they utilize fake profiles. Dating sites with fake profiles are the bottom of the barrel. I have no qualms with saying they are always a scam. Always. Don’t waste your time.

Yes, believe it or not, Social Sex gets worse. Not only do they use fake profiles (which they also call “digital actors,” “avatars” and, most Orwellian of all, “Synthespians”), but they also claim the right to use any of your personal information as they see fit. In the fine print, it says,

"By posting content to any area of socialsex.biz, you automatically grant, and you represent and warrant that you have the right to grant, to socialsex.biz and its Members, an irrevocable, perpetual, non-exclusive, fully-paid, worldwide license to use, copy, perform, display, and distribute such information, rights of publicity, and content and to prepare derivative works of, or incorporate into other works and other media, such information and content, and to grant and authorize sublicenses of the foregoing."

To translate into plain English: Socialsex.com can steal all of your photos, change them in Photoshop however they desire, and then use those altered photos in their advertisements whenever and however they want. And there’s nothing you can do about it.

It’s always a disappointment when we have to do this (we exist to help people find love, after all), but we can conclude our SocialSex review no other way: don’t bother with them.

This site is garbage. It doesn’t even offer any new tricks. Fake profiles, paywalls, information stealing; it’s just another run-of-the-meal dating site scam. They aren’t even trying, so don’t try them.

By Scott Mahoney
Dating Coach
Scott Mahoney is a Dating Coach for BeyondAges.com. After finding significant success dating older women he shares his knowledge here and on several other personal development websites. He is especially passionate about helping men enjoy the dating process while also finding success.
Join Our Newsletter For Exclusive Dating Tips & Advice