2023 XPersonals.com Review - Is This The Best Way To Meet A Woman? 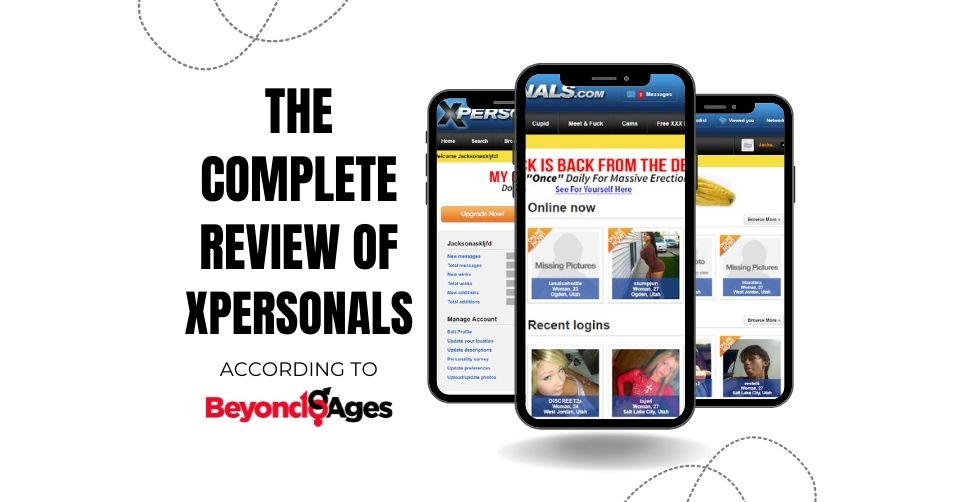 Sometimes it feels like there are more dating sites than actual human beings. Some of them are fantastic, but far too many are utterly worthless. The last thing you want to do is search through them blind. You want to choose the best site to fit your needs. XPersonals.com wants to be that site for you.

Before signing up for any dating page, though, a little bit of research can make all the difference. That must be why you're here. We're known for our reviews of the best hookup apps out there after spending hundreds and hundreds of hours testing. We have the expertise to see through the empty promises of fake sites to find real deal. If you’ve been looking for an XPersonals review, you’ve come to the right place.

XPersonals.com Review - Is This The Best Way To Meet A Woman?

When it comes to finding love, there is a lot of luck involved. If you find a woman you think is attractive, she might be involved already. Or, maybe you won’t be her “type.” You could find out that she lives on the other side of the country, or that she belongs to some weird cult.

So much of finding love is pure chance, but there are factors that are under your control. One factor is where you look.

X Personals is the equivalent of a b-list action movie

Imagine every VHS action movie cover from the 90’s. There's Steven Seagal or Arnold Schwarzenegger and a terrible title with prominent use of an “X” in it. If you’ve seen one of those schlock movies, you have an idea of the first impression XPersonals.com gives.

The blue, silver and black logo is pixelated and, while technically sleek, very boring. It's very dated, and not in a fun, retro way. Much like a 90’s action flick, this site looks like it might entertain you for five minutes and then bore you for another hour and a half.

Still, I had to look deeper, so I signed up. Once I got past the sign-up pages, XPersonals didn’t get much better. First, they explained, in steps, how to take their site off of my email spam filter so I could receive their many emails. Any site that requires you to unblock them is probably on the seedier side, but I was only getting started.

Ditching Xpersonals.com for AFF is a good move

It shouldn't be much of a shock to hear that we think you are going to be much better off avoiding Xpersonals.com and turning your attention toward a hookup site that is proven to work like AFF.

You only have so much time to spend and you are wasting it on X Personals. We have done a huge test and review of all the popular apps for hooking up and AFF is consistently at the top (X Personals isn't even close).

Fortunately, you don't have to take our word for it (though you should) because you can try them for free. Make a quick profile and see the kind of women that are available to you. It's easy.

X Personals is jumbled and sketchy

Great dating sites have great layouts. They spend time on usability because they expect members to come back again and again and spend hours browsing for the perfect mate. Sites that have confusing and unattractive layouts, like XPersonals.com, are clearly not too worried about making their site easy to use. They really don’t expect you to stick around.

I found XPersonals to be particularly shady. Upon logging in, the page greeted me with a glaring advertisement for erectile dysfunction medication right in the header. There was also a big, gaudy yellow bar telling me to upgrade my membership and a bunch of menu options that were unrelated to any dating service. Everything about the layout and appearance was sketchy.

I have nothing against other countries, but if I’m using a website to meet women, I’d prefer the creators of that site were fluent in English and somewhat familiar with the customs of dating in my country. Reading through XPersonals’ promotional text set off alarm bells. Read for yourself:

"Take this opportunity to meet, chat or share personals experience with new people or even better to find your next romance, this is XPersonals.com. Let us let you imagine, for a minute, not leaving it all to chance, to letting it be, but actually being able to choose the perfect persons to whom you would dedicate yourself to."

It kept going like that. They clearly haven’t hired a professional copywriter or even a native English speaker. At the bottom of the site, I found a tag that explained that XPersonals.com was based out of the small island of Guernsey in the English Channel. I suspect the creators had outsourced the actual web design.

If this had been my first date, I wouldn’t have asked XPersonals out again. But, I had a job to do, so I continued through the site. 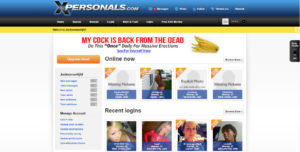 Other than the lousy design on XPersonals.com, what stuck out to me the most were all the squares that had "Explicit Photo" stamped over them. I turned off safe mode to find these pictures were, indeed, very explicit. I can appreciate a sexy photo, but these weren’t cute or tantalizingly naughty, they were just gross and raunchy. No thanks.

It’s not unusual to find a few seductive, even explicit, photos on dating sites, but it’s rare. Only a small portion of members are willing to put something racy on their profile. The better sites generally don’t allow any “adult” images. So, once I saw all of these photos on XPersonals,  I knew I wasn’t in the best of places.

Digging even deeper, I did a reverse image search on Google. A ton of hits came back right away. One of the photos appeared on a bunch of Russian “dating” sites and popping up on a site titled “Emo Pic Dump.” Clearly, the photo didn’t actually belong to this XPersonals member. Someone had lifted it from another site.

And fake profiles to go with them

Now fully suspicious, I did some more research on the profiles to see if more than the photos were fake. Across the profiles, I found a cornucopia of bad writing. Take for instance this particularly fetching profile description:

"I am a single female never married and have No Kids,am ready for serious relationship but looking for a true love we could be the one of my heart."

Reading that, do you get the feeling like that frantic sentence could be found scrawled on a bathroom stall?

Having read a few different profiles with, shall we say, interesting grammatical choices, I decided to read XPersonals.com's fine print to see if it said anything about using fake profiles.

The terms and conditions mentioned an “Online Flirt” program. That's a fancy way of saying that they utilize fake profiles to “enhance your amusement experience, to stimulate you and others to use our Services more extensively, and to generally sprinkle some sparkle and excitement into the Services.”

According to their own admission, XPersonals uses fake profiles.

X Personals only wants your money

Legit sites don’t need to fake it. They are in the business of helping you meet real women to date or hook up with. Fake profiles only get in the way. 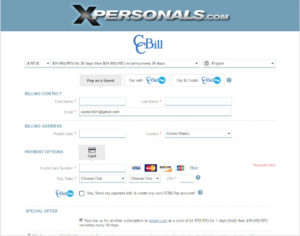 By contrast, sketchy scam sites are almost always riddled with fakes. They use fake profiles to try to lure in clients with bogus chat invitations and promises of sexual exploits. They hope people will be enticed into paying for a membership. The nature of the scam becomes apparent quickly after that, but it’s too late, they have the sucker's payment.

XPersonals is clearly one of those sites. As soon as I tried to send a message or chat with a woman, I was sent to an upgrade page. I knew this game.

Not that I needed any more proof that XPersonals was a scam, but they provided it anyway: third-party links. Dating sites have to make their money from some advertising and upgraded memberships, of course. They would never send you directly to other competing “adult” services, though. Links to cam sites undercut the whole purpose of a dating site.

Only use this site if you have thick skin

The fine print for XPersonals has a strange clause in it:

“You are most sincerely advised not to disclose anything about yourself in our Services – even in messages - that you don't want to be known publicly – and that you should not use our Services at all unless you have a very thick skin.”

Apparently I shouldn’t expect a personal connection on XPersonals.com because my information will be stolen and used in ways I won’t enjoy. That’s good to know.

Their terms and conditions also say they can use all of my content for their own, presumably nefarious purposes: “We may use any and all of this Content, including but not limited to text and photographs (regardless of whom they may depict) of any nature for any purpose...”

My pictures could end up on advertisements or in their fake profiles. There’s really no limit to what could happen to a member's personal details once given to XPersonals.

Fake profiles, fake photos, and third-party links, oh my. Add on to those issues the warnings about needing thick skin and having your photos used for anything. This site is a nightmare. I can’t imagine that anyone actually finds love - or even just a date - on XPersonals.com. If this site has a use, it’s for wasting time, money, and brain cells.

It isn’t even a question: look for love somewhere else. There are plenty of great sites out there, but XPersonals isn’t one of them.