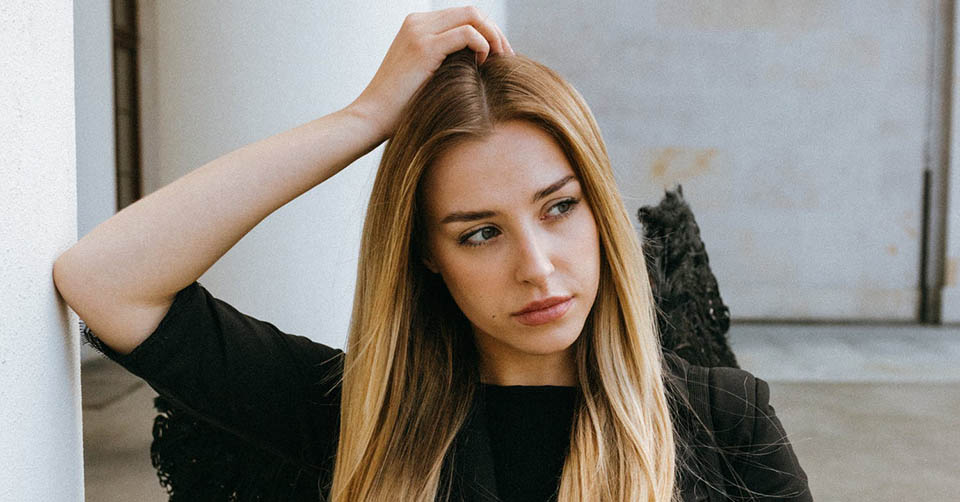 Have you ever started seeing a woman and had lots of chemistry, then all of a sudden she goes cold. You start to wonder, “Why did she lose interest all of a sudden?” The whiplash can really make your head spin! And I know from experience...

One of the sexiest women I have ever known started flirting with me out of the blue. We worked together on the weekend during our college years.

I caught her checking me out a few times and she even started rubbing her leg against mine in the canteen. She made subtle sexual innuendos while holding seductive eye contact with me and laughed at all my jokes. The sexual tension was heating up each week.

We start texting every day and talking on the phone a few times a week. Eventually, she agreed to meet me for a drink at a trendy cocktail bar. And you know how it goes... A gentleman never tells!

The next morning I felt like I had taken the most powerful drug on earth. Life seemed like pure bliss. The aroma in the air seemed fresh and rejuvenating. I’ve got the girl of my dreams! I couldn’t wait to parade her around and show everyone that the most attractive person in the room is with me.

But she lost interest after a few dates.

My mind was spinning, “Did I do something wrong?”, “Does she not like me anymore?”, “Has she met someone else?”. I couldn’t help but think, over and over, “Why did she lose interest all of a sudden when we had a good thing going?!”

I was pissed and hurt. Why would a woman suddenly lose interest?

Why Did She Lose Interest All of a Sudden?

I replayed every second of our dates to figure out what I had done to turn her off so much. Months passed by and yet I still couldn’t stop thinking about her. I tried everything to get her back, even begging! (I know I am not proud of that).

I didn’t think I would ever be able to attract a woman like her ever again. But I had to figure out one thing...

I felt like David Deida’s hand reached through my book and slapped me across the face.

She probably felt my neediness and desperation, which killed her attraction for me quicker than a stone-cold assassin.

I wanted her so badly. I wanted my friends to be jealous to see me with a hot chick that they could only dream about. I created a mental fantasy of her being my girlfriend and (don’t judge me) also my wife.

I made her the most important thing in my life and as soon as a woman gets a whiff of being a “nice guy” you are done. Let me explain.

She will lose interest if there is no polarity

Attraction is based on masculine and feminine polarity. And when the man is the one seeking intimacy and trying to curtail the woman’s freedom, the roles are reversed. Attraction is destroyed in the process.

A woman is attracted to a man who wants her but doesn’t need her to feel good about himself. So, a man must develop his ability to be unphased by external circumstances or outcomes.

This means keeping his cool when a woman stops texting or showing interest all of a sudden. It means not getting oneitis or being emotionally attached to a specific outcome. It means having a great life without needing a woman to complete it.

Sometimes a woman will even test a man to see how he reacts to external challenges. If he loses his composure, she loses attraction. But if he can remain composed and his inner reality undisturbed by the external annoyance, she will become even more attracted.

Imagine you are on a date with a super hot woman in a tight red dress, tanned, long legs, fit body... You know, a total 10. Then you pop out to the men’s room, come back and she has gained 20 pounds and looks 20 years older.

You see as men, we are attracted to visual traits whereas women are assessing us mostly on our behavioral traits. So, when we display neediness it's the equivalent of her gaining 20 pounds and looking 20 years older.

But before you go down the rabbit hole of trying to understand everything about women, you need to know...

She will lose interest for no reason whatsoever

Women are like the weather. Their opinions, moods and interests will change from moment to moment. Sometimes there is no linear cause and effect to her behavior. This is the key to understanding women.

It’s the reason why we love women. Her soft, flowy energy is a relief from the hard, rigid energy of the masculine. So we’ve got to accept it, see it as a gift, let go of trying to control it, enjoy the experience and move on when it’s time to.

I have two rules for the men I coach:

Sometimes you just have to remind yourself that you are an awesome guy. That her loss of interest is no fault of your own. So rather than drowning yourself in self-defeating, negative thoughts, you can accept that this is the nature of dating.

Stay connected to all the other great things in your life and go meet other women. “But” I hear you say.

Is She Losing Interest or Playing Hard to Get?

The more extroverted a girl is, the more she might play “hard to get” if she likes you. Whereas an introverted woman may get more awkward and shy when she is around a man she likes.

What I have found after 10 years as a dating coach, is:

Your job isn’t to wait around for months to find out if she is interested or to see if she changes her mind. Your job is to take action that draws out a response that shows high or low interest in wanting to be with you.

The quicker you find out, the better. And yes, that does mean being willing to get rejected. The best playboys on the planet get rejected all the time. It just doesn’t phase them. They laugh it off and move on to find a woman who is interested in them.

If a woman is “playing hard to get”, I suggest you follow the three times rule.

There is a fine line between displaying boyish charm and being a desperate creep who can’t take a hint.

Sometimes a woman will put up some resistance because she wants to experience a closely played game. She wants to see you display a bit of confidence and boyish charm to overcome the obstacles and melt away her defenses.

Other women will string you along even though they have no interest in you. Having men orbit around them gives us an inflated sense of self-worth. So while she has no interest in you romantically, she keeps you around because it feels good knowing you want her. You don’t want to be this guy!

That is why I recommend the three times rule

This means you are giving her three opportunities to show high interest in you or you will move on. The more you push it beyond the three times rule, the more likely you are entering the desperate-creep-who-can’t-take-a-hint zone.

So if she is canceling dates and not making alternative plans or turning away from your advances  more than three times then do yourself a favor and apply Mark Manson’s Law of Fuck Yes or No:

The law of “Fuck Yes or No” states that when you want to get involved with someone new, in whatever capacity, THEY must respond with a “fuck yes” in order for you to proceed with them.

There are beautiful women out there who are crying themselves to sleep wondering why they can’t find men like you. Don’t waste your time on the ones who don’t respect or appreciate you. Go put your energy and attention into meeting the really great women that do.