One major element a lot of men are missing in their dating life is that they just don’t know how to understand women. People are complicated enough as it is, when you throw gender differences into the mix as well, it can make for some fundamental misunderstandings.

Whether you’re looking for a long-term relationship or something purely physical, this article will prove helpful for you. We’re going to look at the major factors that make it so hard for us to understand women in the first place.

On this topic, one of the most common things we get asked is “why do women test men?” and honestly, it’s an important question to answer. It can be irritating to deal with these tests, especially when you don’t understand why she’s doing it in the first place.

To simplify this complex topic, we’re going to break this all down and give you some actionable tips to help you deal with it.

The Secrets of How to Understand Women

In order to understand women, you must first be exposed to your fair share of ladies. Get yourself out there and get to know more women with this in-depth course on how to attract women over 30.

As for the most basic thing about understanding women, here’s the truth: Women want you to see them and treat them as regular people. It all comes down to mutual respect, really. And if you think women are above or below you as a person, then you’ve got a huge problem on your hands.

For example, if you think a gorgeous woman is out of your league, you’ll end up with a skewed view of who she is. You’ll get distracted by her looks, which might tempt you to treat her as some sort of goddess that you need to worship. That’s not how it works!

Likewise, you might view a woman as someone who will “complete” you. But she is her own person who doesn’t exist just to fill a hole in your life. She has wants, needs and feelings that aren’t there solely to suit your needs. That’s why you have to acknowledge that there will be things about her that you might not like. And that’s okay because she wasn’t made to be perfect.

If you treat her as someone who is beneath or beyond a regular person, you’ll both end up with mismatched expectations in your relationship. This is a surefire way for any relationship to end.

All women are different

Another big part of understanding the opposite sex is taking into account the fact that no two women are the same. There are so many elements that go into making each of us who we are which is exactly what makes us all so unique. Sure, there are some common traits we can look for but you can’t treat all women the same way and expect it to work out.

Ignoring this fact is where a lot of problems start to develop for guys in terms of how to understand women. Some men take a rejection personally when it may have actually had nothing to do with them in the first place.

In their mind, they paint that woman in a negative light, even though she might already be in a relationship or having a bad day. Out of frustration, they then project that same anger on women in general and wonder why they’re getting shut out.

I know it sounds obvious when you’re sitting there reading this but believe me, you’ve done this at some point. The next time you have a bad experience with a woman, take a moment to reset before you go talking to others.

Don’t let that frustration spill over into conversations with other women. It’ll lead to even more confusion and frustration as you try to figure out where you went wrong.

When you think about it, there could be a million reasons that one particular woman rejected this one particular guy. Maybe he wants to Netflix and chill, but she doesn't or vice versa. Maybe she just came from a funeral or is having family problems. A rejection is not always personal.

Women want to know the real you 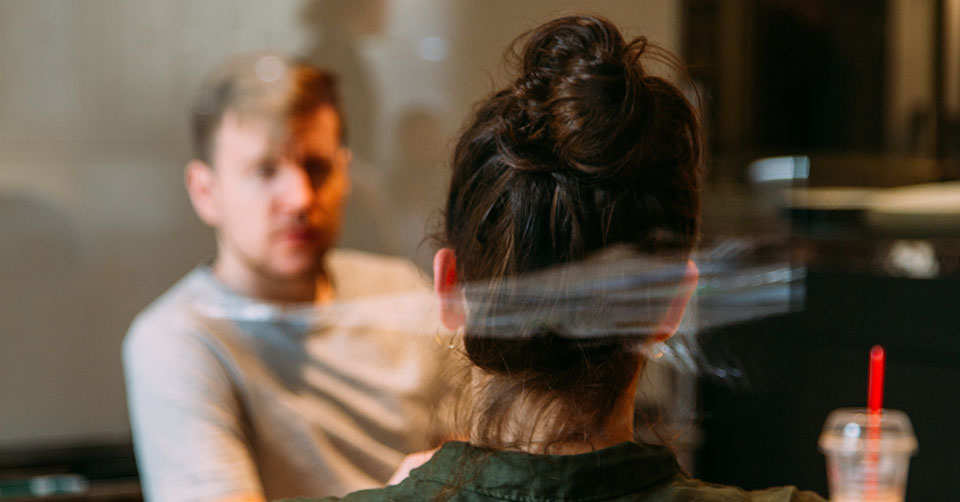 Another core concept in knowing how to understand women is remembering they always want to see who you really are — none of them are looking for the “perfect” guy and they don’t want you to try acting like one. They’d rather have an imperfect guy who’s honest with her than a guy who’s trying to be someone he’s not. It's the key to winning a woman's heart.

Put yourself in her shoes and imagine dating someone and getting into a relationship with them. Then when things are getting serious, you find out that the person you thought you were dating turns out to be this unrecognizable person. Sounds like a waste of time, right?

Authenticity will take you a long way in every part of your life. The better you can be at showing vulnerability, the easier dating will be. It allows you to make real connections rather than trying to play a character. 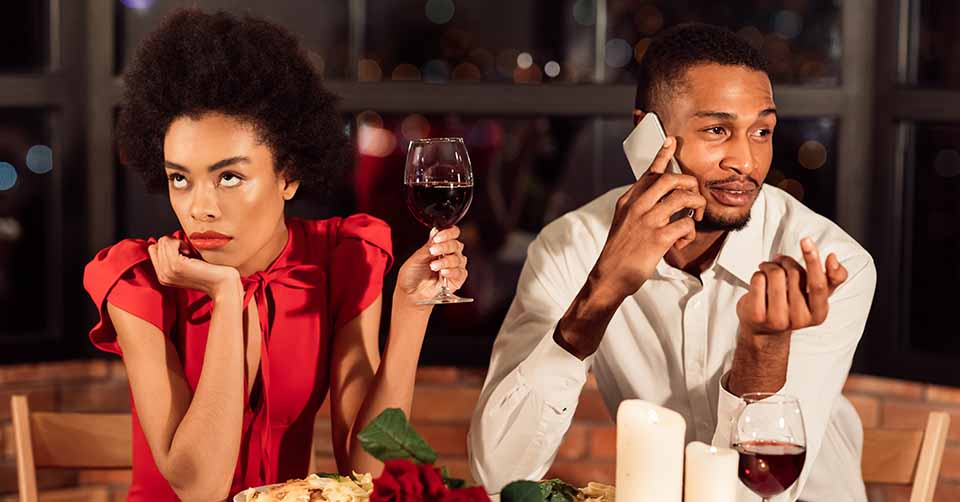 Always wanting the best things in life is at the core of what drives us as human beings. And women are no exception to this.

That’s why women want to be with the best man they can find. It’s just their natural instincts. So to make a woman want you, you have to be the best guy for her.

This doesn’t mean they’ll ditch you as soon as they lay eyes on someone else who’s objectively better. Because there’s always going to be someone better as there’s always a bigger fish.

Instead, it just means if you neglect your relationship or take her for granted, don’t be surprised when she leaves.

Women want to date men who will help them grow. They want men who will challenge them to be the best they can become. Women want a man with whom they can build a mutually beneficial relationship together.

Likewise, you should never settle for mediocrity as well.

You have to always strive to be the best version of yourself to attract the best women for you. Have ambitions and goals in life and then strive to achieve them. Do whatever it takes to make your dreams come true.

Lots of women dread losing their autonomy when they get into a relationship. Like men, they enjoy the freedom and independence of single life. The thought of losing that is where a lot of commitment issues come from.

One of the keys to a great relationship is mutual trust and respect. And in a mutually trusting and respectful relationship, you should have the freedom to do whatever you want within reason.

Just because you’re in a relationship doesn’t mean you “own” each other. Getting the woman you want isn't about being in control of her! Co-dependence is never a good look, nor is it a healthy habit for any relationship.

By all means, do things together and enjoy whatever form of relationship makes you both happy. Just make sure you leave room for each of you to have your own space and independence too.

How to understand women individually 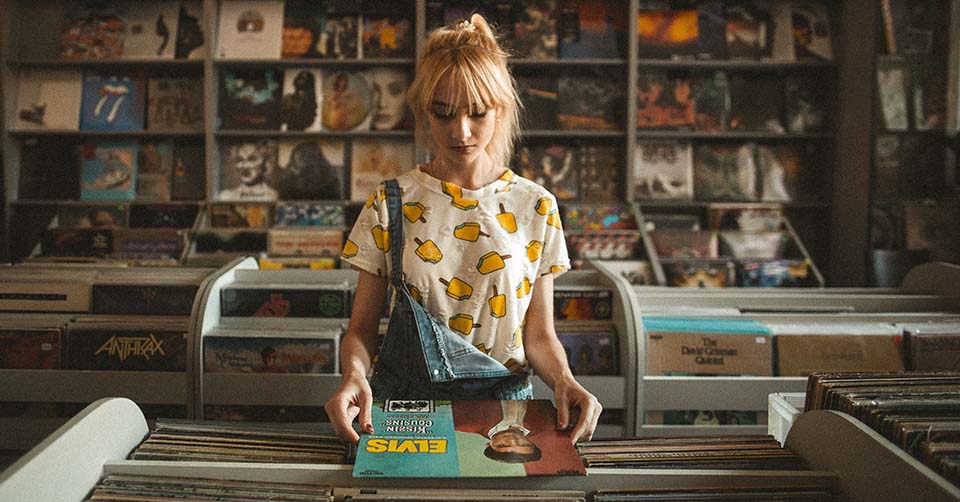 As I mentioned before, each woman is different. This means the only true way to understand them is to get to know them for who they really are and find out what they want in life and a partner.

The best way to do that is to connect with the women you’re dating on a deeper, more personal level. See what makes her tick. When you know enough about her, figure out if you’re actually compatible.

Many women prefer to communicate openly. The best way to understand her as an individual is to get into the habit of open, clear communication. Ask her questions about who she is and what she wants in life. Let her talk about what she wants in a relationship and really listen to what she has to say.

Not only will this help you understand her better, but it will also show her that you’re a great listener.

Questions to ask women to understand them better

So what should you ask a woman to understand her better as a person?

Well, you’ll have to take a moment and figure this out for yourself. Because only you know what you really want in a partner. That said, the basics are to figure out if she has the traits you’re looking for.

You’d probably also want to figure out what she wants to do with her life and where she’s headed.

Does she want to be a housewife or a career woman? How does she want to spend her days when she’s with and without you? Is she adventurous or does she prefer to stay at home? What does she think of children and does she eventually want to have them?

There are also ways to test a woman’s character without being manipulative. In this article, we’ve outlined some ways you can really get to know someone when you’re in a variety of situations. Keep in mind that we’re not condoning manipulating and lying to her to see “her true colors”. Instead, these are methods of observing her behavior to see if you really are compatible.

All these things and more are important to learn if you want to understand her and see if you want to stay together. Because if most of her answers to these questions don’t jive with yours then you’ll probably end up splitting up. That is unless one of you is willing to compromise.

That’s why it’s so important to learn to understand the woman you’re with. Take the time to have an honest talk about what you both want. It’s so you don’t end up hurting each other by wasting each other’s time.

Now you know how to understand women when meeting and dating them. With this knowledge, you’ll have a significantly easier time moving things along with women. It will also help you during any relationship you might have, be they only hookups, friends with benefits or even serious long-term relationships.

By Andrius Saulis
Dating Expert
Andrius Saulis is a professional dating coach and educator with over a decade of hands-on experience, who shows men how to deal with their insecurities and self-esteem issues, and teaches guys how to have consistently great dates that end up in casual hookups or serious relationships. He has taught thousands of guys how to master their Inner Game by getting rid of their Anxiety, Shyness, Nervousness, Self-Doubt, Fear, and various mental blocks and limiting beliefs that hold most men back from being awesome with women! Andrius is also a successful author who has published multiple books on dating and relationships that have been highly received.