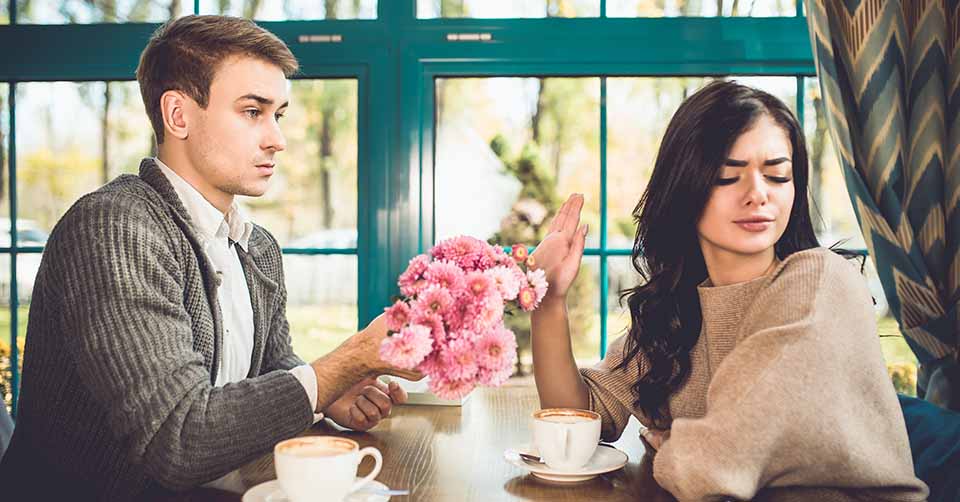 It's really depressing to see young men say they can't get laid at all. This wasn't a major problem to the older generation who didn't have Tinder or Instagram but still got laid consistently. To top it off, even average-looking guys with average salaries and average conversational skills can still get laid.

So no, it's not that you're repelling women or you're in the wrong part of town. You just need a leg up compared to the other guys out there. After all, there are plenty of women out there who just want some action, much like you.

In this article, we will discuss the main reasons why you can't get laid and lay down some of the actions you can take to fix the problem.

Why Can’t I Get Laid?

There are a few reasons why you can't get laid. Some can be solved pretty quickly while others may require you some time.

The good news? It doesn't take much to get laid. A few months of working on yourself (or even weeks) will set you up for a much better dating life. You just need to be willing to do the hard work.

Without further ado, here are the main reasons you can't get laid

1. Your social circle is very small

And with no women in it.

You can't sell if you got no leads, and the same goes with getting laid. Twenty percent of American heterosexual couples have met through friends, according to a recent survey.

The right group of friends will introduce you to women and even vouch for you. It's even better if you can get at least one good female friend. She can be your wingman if not sleep with you herself.

What if you can't make new friends?

Well, you can't say "can't". It may take 20 years to make a good friend but it doesn't take 20 months to make a strong social group. It all comes down to two words:

Six months in the same gym and you'll make friends with everybody, including the hot female regulars.

I moved to Barcelona two years ago and I knew nobody. How did I make friends?

The fastest way a handsome guy with a shitty personality can get laid is to post his photos on Tinder, Hinge, or some hookup app.

So, yes, looks matter. It will give you an edge because make no mistake, no one wants to sleep with an ugly person.

But my friend is bald and he gets laid all the time?

Your friend gets laid because he has status, wittiness or money (or all of them). But what if you don't have them?

Or, to ask a better question, why not have them all: looks, money, status, and an attractive personality?

Exercise, eat good food, upgrade your wardrobe with better - and fitter - clothes, take care of your teeth and stop picking your nose and burping in public. Take regular showers, get a flattering haircut and quit slouching. Do all of that and you're instantly more attractive!

3. You can’t get laid because you’re fishing in the wrong lake

In other words, he won't get laid.

And yes, I know it's spelled Casanova.

I used to live in a small coastal town in Africa. Absolutely gorgeous, but no dates and Tinder didn't work.

Then plan to move out to a bigger city.

4. You have bad logistics

Do you live with your parents or in a place far away from downtown with no car?

These are very bad logistics that will hurt your chances of getting laid.

Imagine having a steamy date that can end with you two getting into bed, but you can't find a place, or live too far and don't have a car. Do you think she will stick around?

5. You’re insecure down there

One of the reasons you can't get laid is because you think you're not big enough and women will laugh at you. So you won't bother at all.

Scientifically, anything above the 5-inch mark is good enough to hit all a woman's pleasure spots in there, assuming you know how to use it.

Some people claim that you can grow your penis an inch or something with training. This can be true but we've yet to see legit studies that back it up. So until then, let's stick to what we know best, which is:

6. You have no social skills with women

If you go on many bad dates that end up with women ghosting you or asking to just be friends, then there's something about your dating technique that needs to be checked.

Maybe you're nervous around hot women, bad at coming up with good conversation topics or don't know how to lead or tease a woman and evoke her emotions.

Look for patterns then try to fix them.

7. Or maybe you can’t get laid because you have low self-esteem

If you think you're an ugly dude who isn't worth being with hot women, then it won't happen.

If all the women you seem to attract are unattractive girls who don't get laid much, then it's because you think you're not good enough to attract better women. People treat us based on how we treat ourselves. So if you think you're trash, women will think it too.

Take some time alone and list all the negative emotions you feel around women. Try to notice the thoughts you have as you go out and interact with them, then journal these thoughts and work on them. If that doesn't seem to work, then talking to a good friend or even a therapist who will help you out might work.

Do this for four months straight and you will get laid.

8. You can’t get laid because you don’t know how to escalate

A woman will sleep with you on the very first date if can show her that you're good with women.

And I don't mean good as in "buy her flowers and treat her nicely". I mean as in being bold enough to tease her, get physical, communicate your desire unapologetically and have enough guts to invite her over.

Do you think a guy who gets laid consistently waits till the last second - or even the next date - to go in for the kiss?

I had girls ghost me for NOT inviting them over and not the other way around. She wants to get laid as much as you do. You just have to do it the right way.

9. You can’t get laid because you’re not on any dating app

In a recent Tinder report, they said that three billion people swiped on each other in ONE SINGLE DAY during the pandemic.

It's almost half the planet.

And you're still not using any of those amazing hookup apps because they ask you for ten bucks every month.

A guy will drop six photos of him sitting in some park, call himself "different" in the bio then asks, "why can't I get laid?"

You're just bad at it.

30+ percent of heterosexual US couples met online because it's easy and practical. Yes, texting can be time-consuming but it's more efficient than partying every night.

Take good photos, try to come up with a creative Tinder bio, get better at carrying conversations with women online and you will get laid consistently.

What to Do if You Can’t Get Laid

Now that we listed all the reasons why you can't get laid, it's time to show you the real fixers:

1. Hit the gym and lift weights

Six months of lifting and eating healthy will transform your dating life. It may feel like torture at first, but not getting laid is torture in itself, don't you think?

2. Go out more and use MeetUp

As I said, it's all about consistency and familiarity. Pick a few hobbies/places that you like and drop by consistently. Also, don't overlook small talk. Even a "hi" with a fellow stranger today can lead to a good friendship a year later.

3. Move to a bigger city

Move out of your parents' house and rent in a busy neighborhood. Even better if you can get a car.

4. Learn how to be better in bed

Sounds like the egg-chicken dilemma, but there are many tutorials on the internet that will show you how to please a woman without even using your penis. Watch them so you can rock her world when the chance comes.

Use better photos and learn how to trigger girls' emotions with good texts. It may take you some time, but it's totally worth it because even if you don't use any dating app, you'll still need to text girls to set up dates. And you must know how to keep them on their toes waiting for your next text.