How to Recognize an Alpha Woman in 2022 (And Date Her) 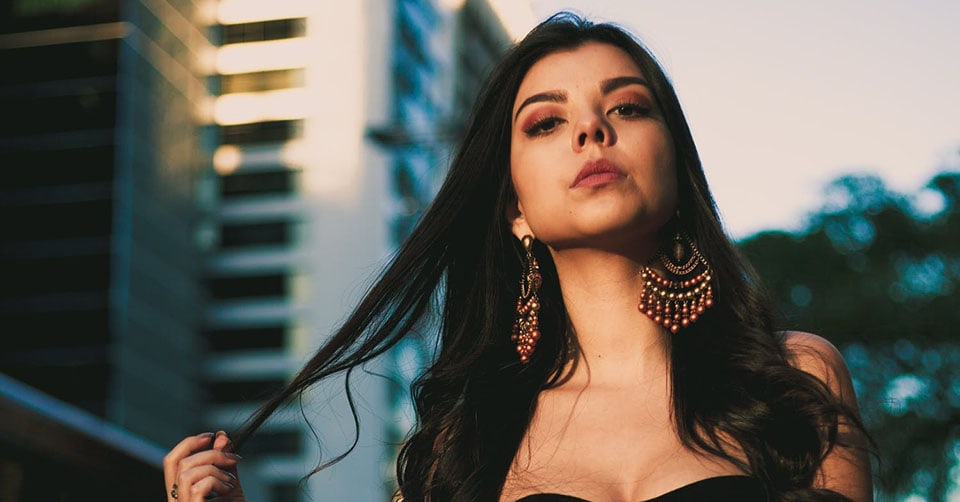 If you’re looking for a high-quality woman to compliment your life, there’s no better option than an alpha woman. Often staggeringly beautiful and intimidating for many men, alpha women are some of the most highly sought-after women out there.

Sadly, many men don’t know how to attract, much less date, an alpha woman. Even though these women tend to be more straightforward and direct (you're more likely to find them on our favorite dating apps as well as the hookup apps that tend to work better for guys), it doesn’t mean you should just make like a wallflower and wait for her to approach. There’s more to being with these women than that!

To learn how to recognize an alpha woman and what you should know before dating her, read on to learn everything you need to know.

What is an Alpha Woman? 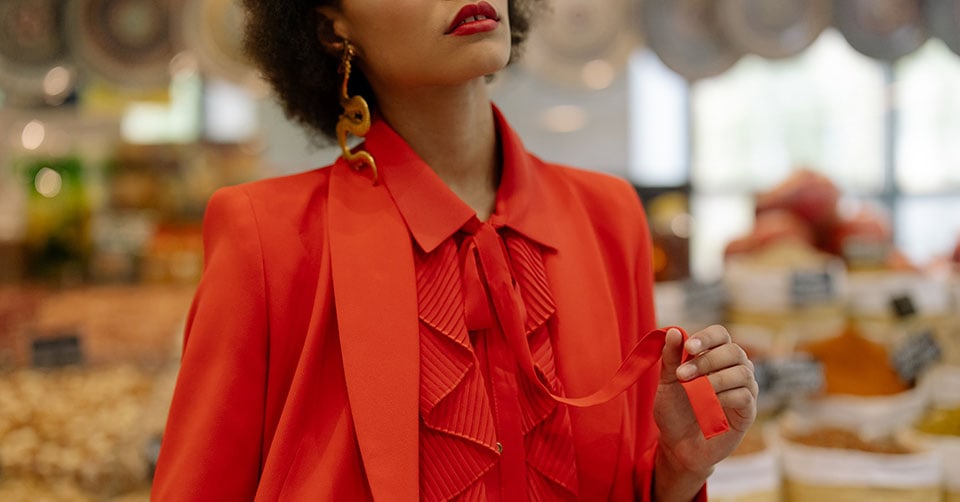 In social interactions, betas act submissive to alphas for mating and social purposes, whereas alphas hold the most authority and are in leadership roles.

Alphas tend to associate with other alpha animals of the opposite sex, whereas betas have their own ranking to determine who gets the mate with who, which order they get to eat, and their acceptance by other members of the social group - among many other factors.

Human beings are no different. Alpha women are highly-motivated people that seek to climb the dominance hierarchy in a feminine manner. Whether this means leveraging her sexuality, her notoriety, her ingenuity - the list goes on, but the fact that she is willing to stand out from the masses is a cue that you’re dealing with an alpha female.

Bear in mind that there’s plenty written about alphas and betas in dating advice online. The truth of the matter is that alpha and beta designations are a limited way of viewing human relationships, which are ever in flux. However, you can use your evaluation and judgment of a woman to determine whether you’re dealing with alpha women traits.

Alpha Female Traits to Look Out For

Now that we have the basic answer to “What is an alpha female?”, it’s time to dive deeper into the definitive female traits of an alpha woman. Having a firm grasp on the traits enhances your ability to navigate the world of dating and find a better partner who suits your life.

Let’s look at some of the most common alpha female traits so you can recognize a high-quality woman when you see her in the wild.

If you’ve been around women in school, work, or social engagements, you can see that certain women attract and surround themselves with a large number of other people. These alpha women, often referred to as “queen bees”, are in effect the queen of the social hivemind.

Queen bees are often surrounded by similarly-attractive women or less attractive women. And if you pay attention to a queen bee, you’ll see that a large portion of the conversation is centered around social consensus and agreed-upon norms. If a female of the group transgresses these norms (which are set by the queen bee), she is often challenged through words, actions, or exclusion.

It’s one of the reasons why women talk about clothing or other seemingly innocuous things, as attracting more attention than the rest of the group is often looked down on negatively. Watch this clip from The Sopranos to gain an understanding of female hierarchy in different situations.

She likes the finer things in life 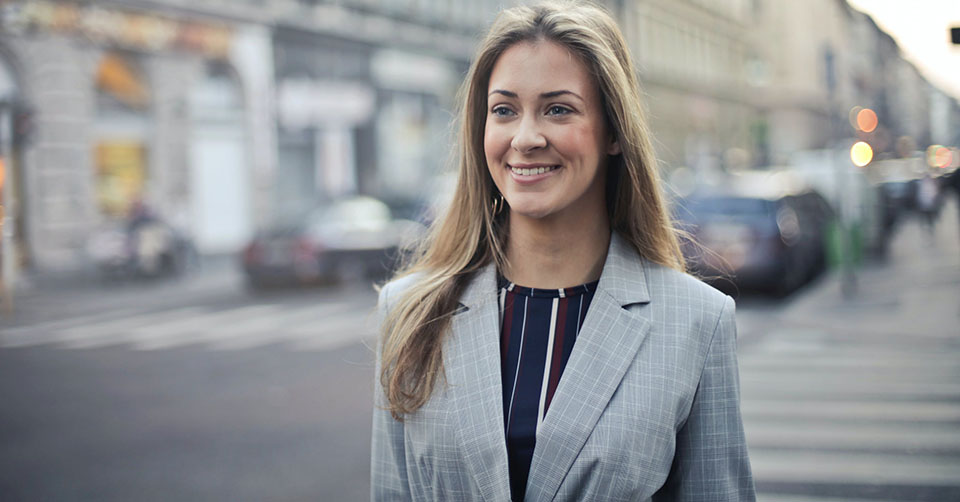 Because of their position on the social hierarchy and their higher-than-average traits, alpha women are exposed to better quality experiences, clothing, food, and so forth on a more regular basis. Over time, alpha women become acclimated to these things, which changes their perceptions. And because of human nature, it’s hard to be excited about things that are of lesser quality.

Here’s a personal story that illustrates the point:

When I was on a trip down the California coast with one of my long-time alpha female friends, I ran inside the gas station to use the bathroom. While I ran inside, I asked her to fill the tank.

After returning to the vehicle, I noticed that she was still inside the car.

“No. Can you?” she replied sheepishly.

I was a bit pissed at her laziness. “C’mon, I’m driving.”

I was astonished, as she worked for a major computer manufacturer in Oregon. “You don’t know how to pump gas?! Really?”

She nodded, and it suddenly occurred to me that she was so pampered by others that she didn’t even know how to pump gas. This was a girl who was a direct descendent of Serbian royalty who traveled extensively, so even her living in Oregon wasn’t an excuse (Note: Oregon and New Jersey are two states in the USA that don’t allow drivers to pump their own gas).

As stated before, the terms alpha and beta are situational. Depending on the needs of the situation, an alpha woman may be temporarily demoted in the presence of other women. For example, if a person injures their leg on a hike, a pretty girl will not be the alpha in comparison to a woman that has adequate medical training.

So, alpha women and beta women are fluid in some aspects. For women, especially when meeting new people, this designation is often determined in each social setting by not only beauty but intelligence and sophistication.

Here’s another personal anecdote that illustrates this point:

The Serbian princess was often the most desired woman in every social circle we were in. It was not uncommon for her to have numbers passed to her surreptitiously from men or look around at scowls from jealous women whenever we’d go out. However, she can’t sing or play a note, so when I hosted a jam session at her house, she was simply a spectator.

On that day, a girl with a harp showed up with an incredible voice (think a more sultry Joanna Newsom) and quickly was the focus for the rest of the night. Looking back to the kitchen, I noticed the Serbian princess making drinks and snacks for everyone gathered. When she periodically refreshed our drinks, I made a note to see that she poured the harpist's drink first and then the rest of ours. The harp player barely acknowledged her.

Once the harpist left, the Serbian princess reverted to her previous dominance, which left me with the impression that alpha/beta categorizations are situational.

Has strategies against unwanted attention

Alpha women are inundated with unwanted attention from nearly every person they meet throughout their day. Whether it is jealous women, aggressive men, or her circle of submissive men (known as “orbiters”), alpha women are experienced in shutting down unwanted advances or manipulating them to get what she wants without engaging with them.

The halo effect is real. And for women, it’s a bit like living as a celebrity. Nearly everyone wants to be around them or place demands on their time. In response, alpha women deploy strategies to get away from these demands or leverage these responses in their favor.

Some of these strategies include:

Another key aspect of alpha women is that they tend to be the most physically fit in their chosen social groups. Whether she’s more muscular or toned, it’s not uncommon for her to choose regular physical activity such as yoga classes, Crossfit, or running.

How to Date an Alpha Woman 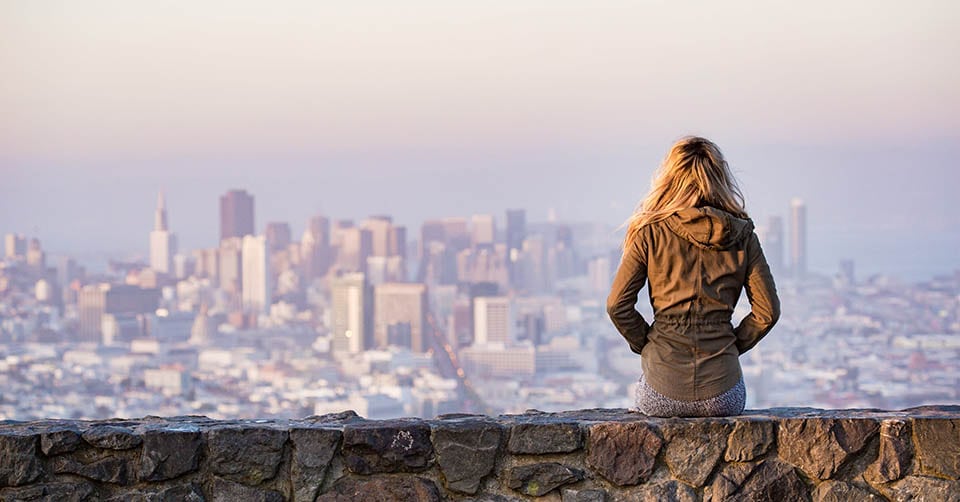 You must be a high achiever

Like seeks like. In order to date an alpha woman, you need to be on her level or above her. This means that you need to earn more than her, hold a position in society that is highly esteemed (e.g. entrepreneur, executive, doctor, lawyer, etc.), and be desirable to a large number of women.

In short, you must be an alpha male to continually date an alpha woman. As a good rule of thumb, always be progressing and focusing on your life’s mission while bringing her along for the ride. Stagnation is the enemy when dating an alpha woman, so explore new activities, always be on the lookout for new financial opportunities, and work your way up in your social circles.

Ward off her orbiters

Because of all of the unwanted attention, an alpha woman appreciates it when her partner can ease her burden. As her partner, you’ll be tasked with cutting off creepy advances from her circle of men as well as turning down orbiting women that want to knock her down a peg.

Part of doing this should come naturally to an alpha male, but here are a few pointers:

Recognize that you’re the best she can get (right now)

Just as the status of alpha and beta are fluid, so will be an alpha woman’s perception of you. Because you’re dating, she obviously thinks you are one of the best men that she can get. However, this may change due to a job loss, stress, loss of physical attributes. After all, she has options while her beauty is still appealing to men, so staying with a man simply for loyalty and companionship will lose out to your next replacement.

Therefore, start to pay attention to any warning signs where her behavior suddenly withdraws. If you notice a problem, take action to fix these problems ASAP - or face losing an alpha woman in your life.

Women who are more socially dominant tend to have higher levels of sex hormones. Expect to put in serious time and effort in the sack to stay intimate with her and keep up with her libido. If, for instance, she has a bad day or has a personal failure, you should act as her source of rejuvenation from a competitive world.

Take note that if the sex starts to taper off unexpectedly, this may be a sign that she’s losing sexual interest or getting her needs met elsewhere.

Participate in her social responsibilities

Part of being an alpha is being a leader of others. And alpha women often participate in being a fixture among their family and friends. Therefore, you will find yourself helping her to host parties, go to social engagements, and help her in family gatherings.

When learning how to date an alpha woman, being extroverted will help you do well. Of course, if you’re an introvert, her socializing will always be a point of contention.

Act cool: she appreciates nonchalance in others

A beguiling aspect of alpha women is that they appreciate nonchalance in others. Because most people want something from them, those who act cool and collected are often held in higher esteem than the needy.

For those who wish to date them, using this strategy may reveal how surprisingly relatable alpha women can be when they feel free to let their hair down. For example, many rich and high-status people act this way in the company of others they deem as equals.

Alpha women may be challenging to attract and date. But if you catch the eye of one, you’ll be in for a ride. While swatting off orbiters and keeping up with her social circle may be tough, dating an alpha woman is a pretty rewarding experience.