The 10 Signs She's Playing You: How To Spot Them And What To Do 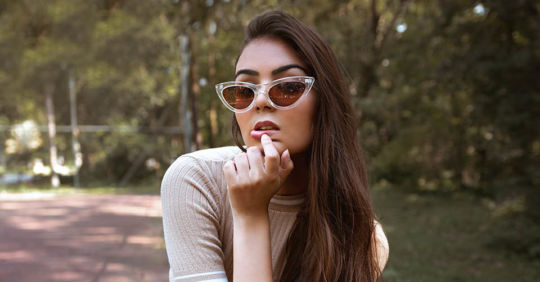 It’s so important to be able to recognize the signs you’re being played by a woman. If you can’t spot these signs she’s playing you, it’s easy to waste so much time on a woman who doesn’t want what you do.

We only have so much time in this world, so it’s crucial to be able to spot the romantic time-wasters when they enter our lives. Below, you’ll find 10 signs that you’re being played by a woman, plus some tips on how to walk away.

Here are 10 key signs she is playing you. The more of these signs she’s a player that you spot, the more likely it is that this woman is not ready to commit to a serious relationship with you.

1. She acts differently over the phone compared to in-person

Is she responsive and affectionate over the phone only? This is one of the clearest signs she only wants attention. The phone is a medium for talking only. You need to pay attention to what she does, not what she says.

2. She always avoids meeting up in real life

Perhaps you suggest meeting up, but she always ignores these suggestions or finds a reason not to do it. Yes, it’s true that some women are very busy. But, it’s also true that all women will find a way to make time for men they are really interested in. If she never meets you in real life, it’s one of the clearest signs she’s leading you on.

3. She only reaches out when she needs something

If a woman is playing you, she’ll rarely ever start a conversation unless she needs something. Is it always you who initiates conversations over the phone? If so, that’s another sign she’s not serious about you.

4. Showing zero interest in your life is a huge sign she’s playing you

How much does this woman know about who you are as a person? If someone asked her about your job, your hobbies or your passions, would she remember? Does it seem like she even listens when you talk to her?

5. She has an army of male orbiters--she’s playing you if you’re one of them

Does she invite an army of male “friends” to the club, or wherever she goes? Maybe you’re not invited, so you don’t know. If so, you can take a look at her social media pages to get a solid idea of whether this woman is interested in a serious relationship with you. Is she out at the club every night? Is she surrounded by different men every night? Or, even worse, the same dude every night?

Does she have an army of simps in her Instagram comments, and does she engage with them? These are all signs she only wants attention from men, and nothing more.

6. She won’t take any pictures with you

A woman who is really smart at playing games will be careful about who she takes photos with. That’s because she’s trying to convince a bunch of other dudes that she’s serious about them too! If she won’t take photos with you - or she refuses to look like she enjoys your company in a photo - it’s time to ask if she is playing games.

Maybe you are invited to join her at a nightclub or a house party. Perhaps she will agree to meet you for dinner because she assumes you’ll pay for it. However, these female “players” are rarely interested in meeting your friends and family. That’s because they know these people who care for you will see right through her silly games. On top of that, she’s most likely even less interested in introducing you to her loved ones.

One of the biggest signs that she’s a player is that she’ll never commit to plans too far ahead in the future. Or, even more annoyingly, she does commit only to back out at the last minute.

This type of woman is only too happy to string guys along, just to cancel when a better offer from a better man crops up. They have no integrity. She might have a solid excuse to cancel on you every single time you text to set up a date, but it’s almost always a lie.

9. She never comes to your place

10. She never refers to you as her boyfriend

She’s not interested in labels because she has no plans to commit to you. Watch what happens when you suggest becoming her boyfriend one day. That’ll tell you everything you need to know about her intentions. If you’re looking for a committed relationship, this woman is not the one you want to be spending time with.

Here’s a quick script for how to walk away when she plays games. This script will be most effective if you can get her alone in a private space, but since that’s probably proving difficult, a phone call or a text would suffice too.

“It seems like you don’t know what you want. So, I think you need to be alone for a while and figure that out.

I want you to be happy, and don’t want you to force you into anything. I just hope I’m still here if you decide you want to be with me.

Until then, I need to focus on someone who is 100% ready to commit to me, because that’s what I deserve.”

This is great because it comes from a place of love.

If you try and force her to commit to you, it’s going to look desperate. She’s going to feel like she’s being pushed into something - and she’s probably going to resist that.

Instead, with this script, you’re encouraging her to figure out what she wants because you care about her. There’s no pressure or manipulation. You’re also introducing the fear of losing you forever, which can do a lot to make her want to stop playing these games.

You’re also showing that you value yourself by making it clear you deserve someone who is ready to go all-in with you. She’s now faced with the prospect of losing a strong, confident guy who clearly wants the best for her. From here, be strong and cut all contact until she’s ready to commit.

If she ever had serious feelings for you, this speech could be enough to make her commit and stop playing games. If you were only ever a toy for her to play with, she’ll be out of your life forever. Good riddance.

Either way, this script is the best way to answer the question of “Is she playing games?”