The Different Types of Ghosting and Semi Ghosting in Dating 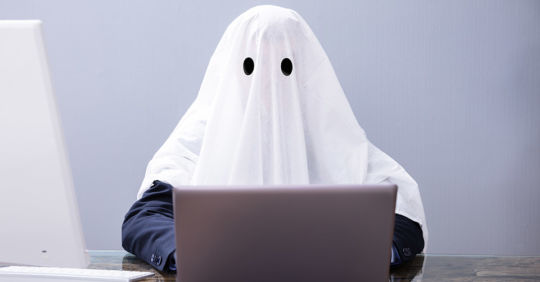 The modern dating world is tough as is, but a spanner has been thrown in the works — ghosting. You finally managed to hook her with a witty message, or maybe you even locked in a date. But then, POOF! Just like that, she disappeared. You’re scratching your head, wondering what happened. After analyzing every move, you can’t figure out where you went wrong. Welcome to the harsh reality many men endure. You’ve been a victim of one of the several different types of ghosting.

Although unpleasant, ghosting is a great teacher. It forces you to scrutinize your interactions with women. Ghosting helps you to learn about your communication methods and reveals your flaws. It shows you the behavior women find unappealing and helps you to avoid the wrong kind of women.

You can be ghosted after the first message or even after some time in a relationship. Regardless of when it happens, ghosting sucks. You need to recognize the signs of when it might happen and the women who may do it so you don’t keep hitting your head against the wall. Here are the different ways you can be ghosted.

It’s normal for you to be frustrated when she stops replying after a few messages. But even worse is her not responding to your first message. That might be because you don’t know how to text a girl for the first time.

Now that you’ve established contact with her online, let’s look at the different scenarios she may ghost you.

Making a connection with someone online is intriguing. You’ve never met in person, but something about the words she chooses when replying reveals her desirable personality. You want to know more about her, so you keep messaging.

All of a sudden, she doesn’t reply. Maybe she’s read the message and chosen not to respond. Even worse, the read receipt shows she hasn’t seen your message. You wonder if you should follow up because she could’ve accidentally skipped over your message amongst the barrage of DMs she receives daily.

Or maybe technology failed you, and she didn’t receive your message. But you hesitate to send another one because it might make you seem desperate.

She may have gotten distracted with work or an activity. But if she hasn’t replied by the following day, she’s no longer interested in talking to you. Most women are glued to their phones and aware of the messages they receive.

A woman who stops messaging out of the blue is known as The Riddler. Her actions are like a complicated riddle, leaving you to solve her confusing behavior. The most frustrating part about this type of ghosting is that you never saw it coming. Everything was going well but then went pear-shaped quickly.

She may have shown signs that this was coming by the sporadic timing of her replies. Sometimes she replied within several minutes and other times within hours. Her initial replies were instantaneous, but the last few were delayed until she eventually lost interest completely.

After you build attraction, you want to lock in a date as soon as possible. Women lose interest in men who don’t lead. The point isn’t to keep messaging. You want her to invest in you, and the best way is to get her to commit to meeting up with you.

The Vengeful Lisbeth vs. The Prowler Who Lurks in Your Profile 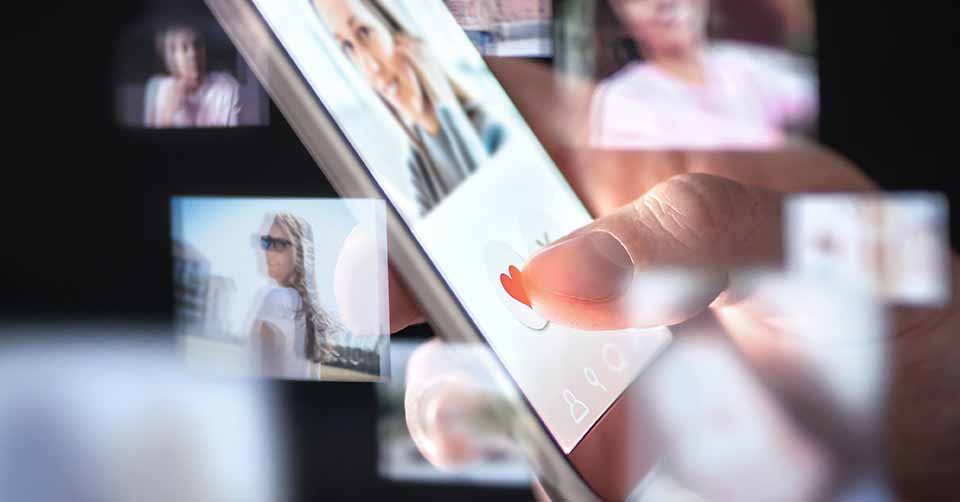 Instagram is known as the world’s greatest dating app. Her pictures provide insight into her lifestyle and usually show her entire figure so you know what to expect. Your profile shows your lifestyle, which can be attractive to some women and may provide you with status before she’s even read your message.

A woman can ghost you in several ways on social media. The most brutal way is if she stops immediate contact, blocks and unfollows you. That is how she goes out of her way to tell you she never wants to hear from you again because you stepped over the line.

A woman who does this is known as Lisbeth, like the character from the movie The Girl With the Dragon Tattoo. She seeks revenge and shows no mercy.

Another way women ghost on social media is by avoiding your messages but still checking your photos and letting you know that by liking them and sometimes even by commenting.

This type of ghoster is known as the Prowler and is the Riddler on steroids because she doesn’t reply to your messages but still engages you indirectly, leaving you to wonder if she is interested but plays games.

Nothing good usually comes from interacting with such a woman because she’s unpredictable in a bad way.

The Commoner - The Typical Ghoster

Around 75% of Tinder users are men. This number isn’t that far off when it comes to other dating apps. The odds are skewed in the favor of women, so you need to know how to start a conversation on Tinder.

Naturally, your profile is the first thing she’ll see on Tinder or any other dating app. If she likes what she sees, she’ll then move on to your bio to check if you’d get along. But your photo is really what matters the most. In fact, your chances of being swiped right increase by 14% if you’re smiling in your photo.

Considering that women have the upper hand on dating sites because of a larger selection than men, you shouldn’t be surprised when you’re ghosted.

Regardless of how good your game is, there’s always someone better. You have a lot of competition from men on dating apps, and most women can easily set up a date.

If you did everything right and she ghosts you on a dating app, she’s known as The Commoner — does the same thing most women do when they find another guy who is more attractive, interesting, lives closer than you, and with whom she shares more interests.

Women receive numerous matches daily, and they treat dating apps like a game show, eliminating contestants until finding the one who ticks every single box.

Okay, so let’s say the online game proved to be frustrating, and you prefer to meet women in person. But you need to know what to talk about with a girl you like so you can attract her. But that alone won’t make you immune to ghosting. Whether online or in person, you can be ghosted, even after intimacy with a girl.

Ghosting after the first date 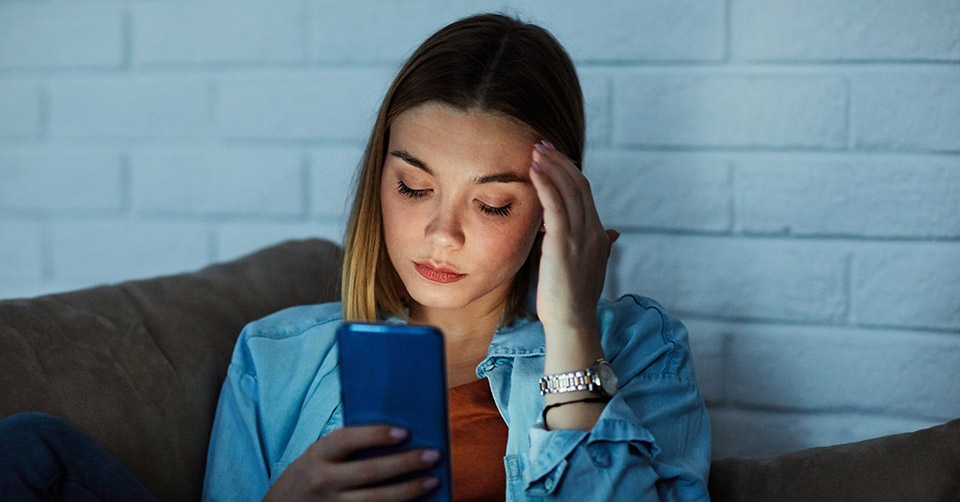 The first date is an opportunity for you to impress her so she can invest more time in getting to know you. She’s scrutinizing your shoes, the way you talk to the waiter and your table manners.

You thought the date went well. And she may have agreed to another date, but when you call her, she doesn’t answer. She lied about wanting to see you again and didn’t want to hurt your feelings by telling you that you were boring.

Being too agreeable with everything she says makes you untrustworthy. She feels you will say anything to please her and may perceive you to be deceitful. You didn’t create tension or say anything provocative.

Some signs she may have displayed of ghosting are checking her phone several times during the date, or she stopped asking questions about your life. If this happens, don’t expect her to agree to another date.

Gone after a few dates

After a few dates, you feel that things between the two of you are progressing. The problem is that you haven’t gotten what you want yet, and communication with her eventually dwindles.

She doesn’t respond to your initial message, and then you don’t hear from her for several weeks. She then pops up out of the blue by sending you a message. It seems like she wants to rekindle the flame.

A woman who disappears in this fashion is known as a Carrot Dangler. She soft ghosted you by reeling you in and then dropping you into the ocean, only to re-establish contact when it suits her. This type of woman is stringing you along and keeping her options open.

She likely mentioned that she dates a lot or displayed signs of being uncertain of what she wants in general.

Don’t be surprised when she disappears again because she has a habit of semi ghosting. 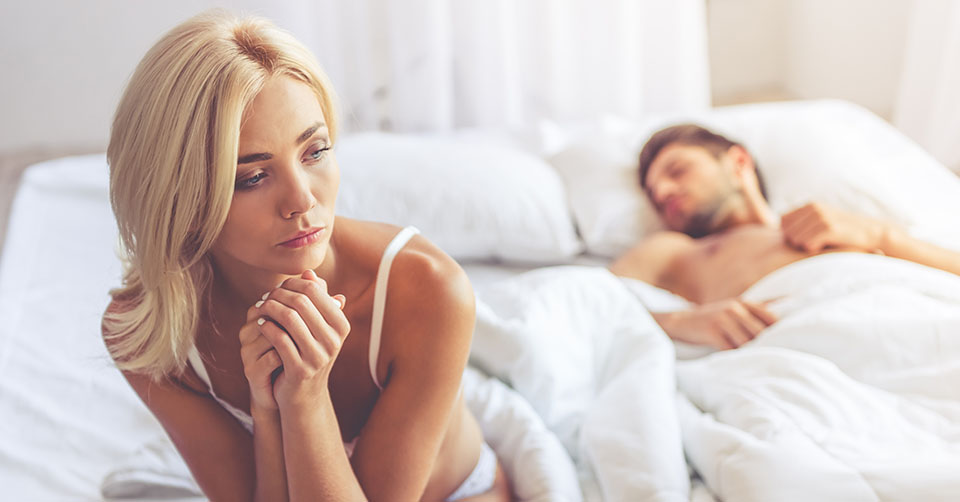 The two of you had sex, and you want more. The problem is that she didn’t answer your call after your night together. You were either terrible in bed because you didn’t give her what she wanted, or she used you to get back at her cheating boyfriend. Or, more rarely, you might have given her the time of her life but you had no idea what to say after sex. Trust me, not knowing what to say after the deed can be just as bad as not knowing what to do during the deed!

If you had provided the goods, there is no reason for her not to sleep with you again. This ghoster is the Unsatisfied Customer.

Ghosting in a serious relationship

A woman will usually ghost you in a relationship after you stopped doing the things that initially made you attractive. You may have lost ambition for pursuing your goals, or you no longer playfully tease her because you’re too busy putting her up on a pedestal.

A woman will hint at leaving the relationship by spending less time with you or may seem uninterested in having sex.

In some cases, she may be too nervous to break up with you in person and opt for ignoring your attempts at communication to let you know it’s over. This ghoster is simply known as the ex-girlfriend. Learn from the mistakes you made in the relationship, and don’t go back to her.

When you throw out spoiled milk, you don’t go back to it the following day to see if it’s fresh again.

The Takeaway from Ghosting

Now that you know the different types of ghosting stages, it’s important to recognize the situations that may lead to them and do a U-turn to correct your mistakes before she disappears. Being soft ghosted doesn’t hurt any less than her doing a complete vanishing act, but it’s not always your fault. You now have the knowledge to recognize when semi ghosting may occur and revert to the attractive behavior that made her notice you.