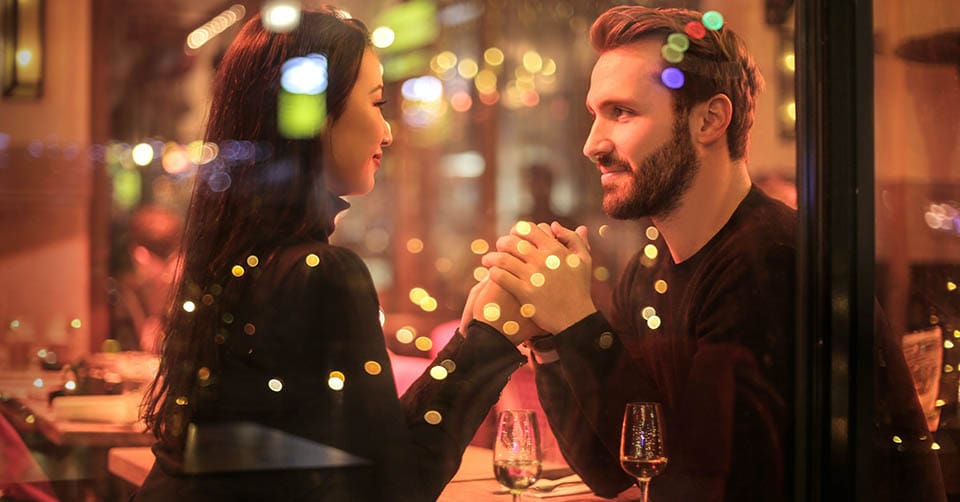 “I just want to know, am I wasting my time or does she really love me?” When you land yourself a woman you are crazy about, it’s normal to have some doubts in the back of your mind.

“Is it too good to be true?”, “Could she really like me as I am?”, “Am I just a guy she likes rather than someone she wants to spend the rest of her life with?”.

Sometimes being with an attractive girl will trigger a guy’s insecurities. Deep down, he doesn’t believe he is good enough for her so his mind goes on overdrive coming up with all the reasons why she doesn’t love him.

Other times there may be genuine reasons to be suspicious of her behavior. Her actions could leave you feeling like you are just another guy to her and not someone she really loves and wants to spend the rest of her life with.

Before you dive in and profess your love for her, you might want to know how to test a girl if she loves you.  Because let’s face it, there is no point staying in a relationship if she doesn’t really love you.

The average man will waste years of his life trapped in a loveless marriage consumed by endless drama and constant nagging. They feel they need to put up with crap, just to be in a relationship. But another world is possible…

Think of Will Smith and Jada Pinkett who have been together since she first auditioned for the “Fresh Prince of Bel-air” in 1995. Or like Sting and Trudie who have been together for 30 years and still hold hands and love each other more as the years pass by. Or like Conor McGregor who attributes his success to Dee Devlin, his partner who supported him while he was on government benefits and living at home with his parents.

The truth is, a woman who really loves her boyfriend will show affection, care and support her man. She will be excited to make and talk about your plans for the future. She will miss you when you are apart. And she will even show a little bit of jealousy at times because she doesn’t want other women to take her man from her.

If she does really love you, she will bring out your best self but if you are in a relationship with the wrong woman she will drag you down and deplete you. You just need to know how to check if she really loves you or not...

Does She Really Love You?

The average man will typically settle for the first, decent-looking woman that shows a little bit of interest in him. She might be toxic and manipulative, but she gives him what he wants at the moment: maybe companionship, maybe attention. He never really asks himself, “does she really love me?” and just feels happy that there’s a woman who is interested in him. Love can come after, right?

Instead, he mistakenly thinks that the endless drama and constant nagging are just part of a normal relationship. I don’t want you to make the same mistake, so I am going to show you the best ways to know how to tell if what she’s feeling is love or just superficial attraction.

Some women will expect you to keep giving while she offers nothing back in return. It’s a red flag when a woman puts high expectations on you and low expectations on herself.

If she expects you to take her to expensive restaurants, buy her expensive gifts, listen to her, do things for her yet she refuses to do the same for you, then it's a clear sign she doesn't love you.  A woman who loves you will invest time, energy and resources into a relationship.

Are you a priority in her life?

When I was dating my girlfriend in the beginning and wondering how to check if she loves me or not, I would observe how available she was to me. Was I a priority or just an option?

If we were out together, I would observe whether her attention was on me or if she was more interested in other people. If a woman is really in love with you, she will pay attention to you. You might be out doing something fun, and her attention may be on something else. But you can tell that her genuine joy is because you’re there with her.

Is she checking out other guys? 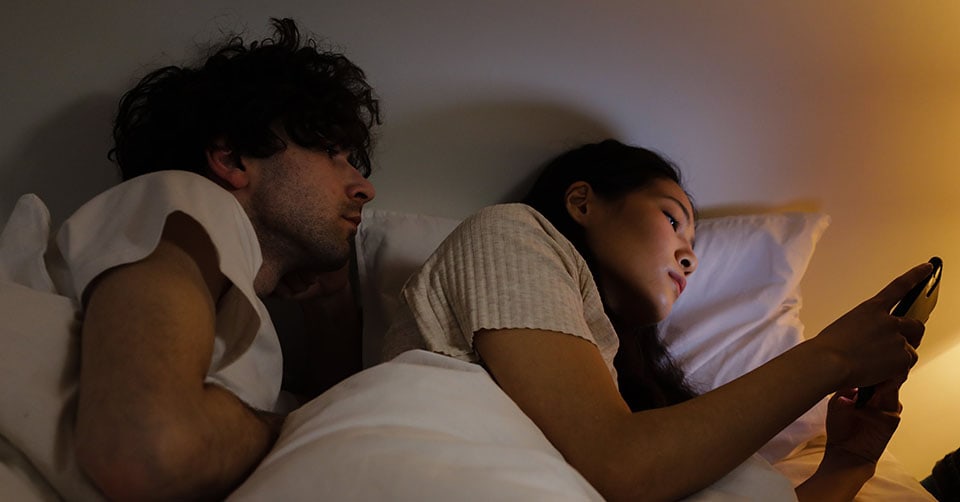 You can’t stop a woman from interacting with men altogether. But I have always found it a red flag if a woman had a lot of “guy friends” texting her or if she checks out other guys when you’re with her. This is a clear sign that she is still considering her options and not committed to you. Yelling at her or trying to control her isn’t going to change that. It’s better to accept the fact that she just might not love you the way you love her.

Are you included in her future plans?

A few years ago, I was having drinks with an actress. We had been dating for a few months.  I was crazy about her and I thought she had fallen madly in love with me too. I even read an article that week on how to check if she loves me or not, and she was ticking all the boxes except this one…

She kept telling me about her plans to go to Thailand and live there for a year. I didn’t think much of it because I thought she was crazy in love with me so she wouldn’t leave. I don’t know why I was so shocked and devastated when she told me she had booked her tickets and she hasn’t even included me in her plans.

Does she introduce you to her family and friends?

If you are ever wondering “does she really love me?”, well this is one of the clearest signs that she is invested emotionally and plans to stick around.

I was dating my current girlfriend for 3 months when she introduced me to her family. It meant hopping on a 3-hour flight to go to a different country just to meet her family. I knew it was a sign that she had fallen in love with me.

How to Test a Girl If She Loves You

My email inbox is flooded with the same question from many different guys; “I need to know does she really love me? Can you tell me how to test if she loves me?” This is a tricky one because I know some guys are thinking along the lines of tracking her phone, snooping in her messages or saying something they don’t mean to try to catch her out.

This is toxic and manipulative behavior and it can backfire and damage a good relationship.

There is no need to fabricate scenarios to test your girlfriend. There is a simpler and healthier way. And that is by observing how she treats you on a day-to-day basis. You simply observe her during the normal course of life and notice how she treats you. 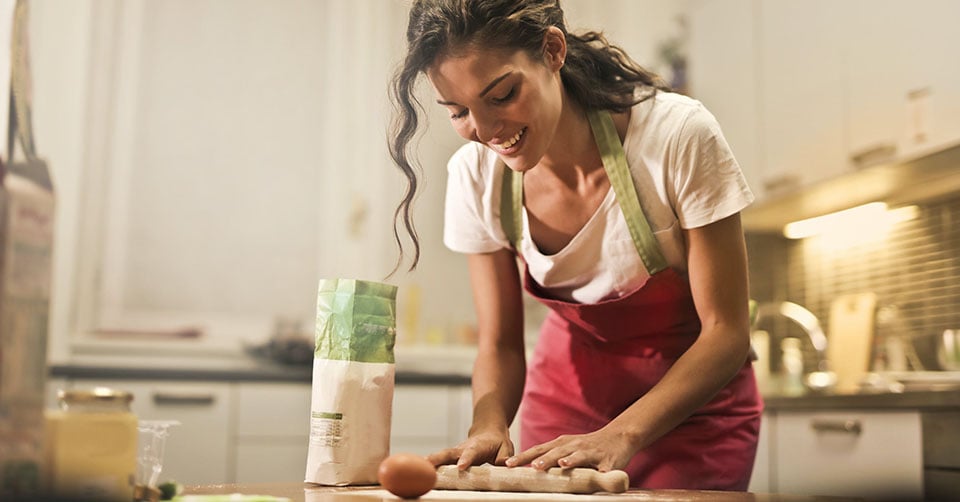 Pay attention to the “little things”. When you talk about goals that are important to you, is she supportive? When I met my girlfriend I told her I was learning mixed martial arts. The next time I saw her, she brought me supplements to help me recover from training.

See how she treats other people. Is she generally a loving person? How does she talk about her family members or women friends? Because this is going to be a good indication of how she is going to treat you.

Does she touch you?

Scientists have proven that couples who touch each other more often, stay together longer. If your girlfriend really loves you, she will be seeking physical connection. When a woman doesn’t like someone she will place obstacles between herself and that person. When she is angry at someone, you might even hear her shout “Don’t touch me!”

Next time you are out with her, notice if she is seeking physical closeness or separation. If you want to know how to test if she loves you, this test is going to tell a lot. 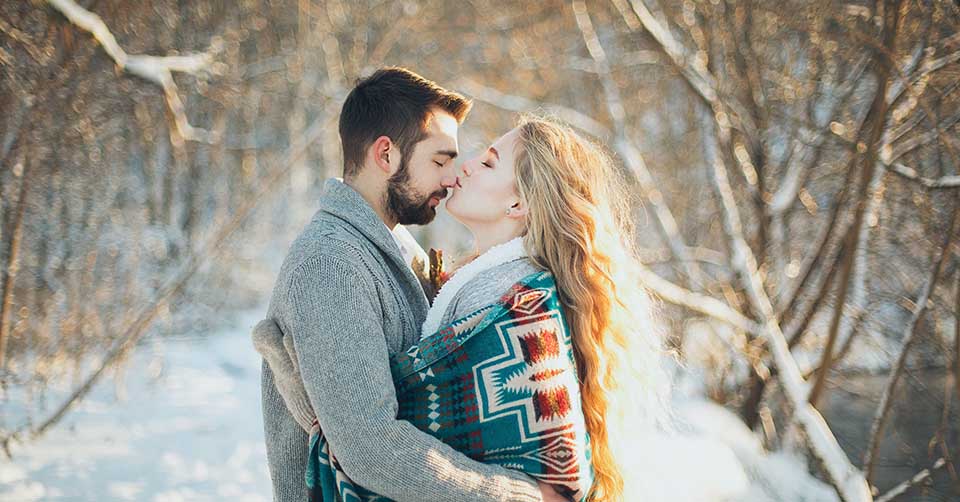 Before you ask “Does she really love me?”, ask yourself “Am I showing up and leading my relationship with love and integrity?” Often a man will hold back because he isn’t sure if she loves him. I suggest the quickest way to know if she really does love you is by showing up 100% committed yourself.

You can’t think your way through the question of whether she loves you or not, you’ve got to act. And whatever the outcome, at least you can live with no regrets because you gave your relationship the best chance of succeeding.

When in Doubt, Ask If She Really Loves You

If you still feel that something isn’t right in your relationship and you are still asking yourself “Does she really love me the way I love her?” then your last resort is to have a chat. This can be daunting for a lot of men who fear being emotionally vulnerable.

Yes, it can be awkward, and yes, she might be on the defensive side. But start off by stating how much she means to you. Then explain that you want to know if she feels the same way too. When she knows you’re not out to criticize her, she’ll be more likely to give you an honest answer.

Finding a girl that really loves you is about picking the right woman and ending it quickly with women who don’t love you. So even if you don’t get the answer you are looking for, know that you are moving one step closer to meeting a woman who will love you for who you are.