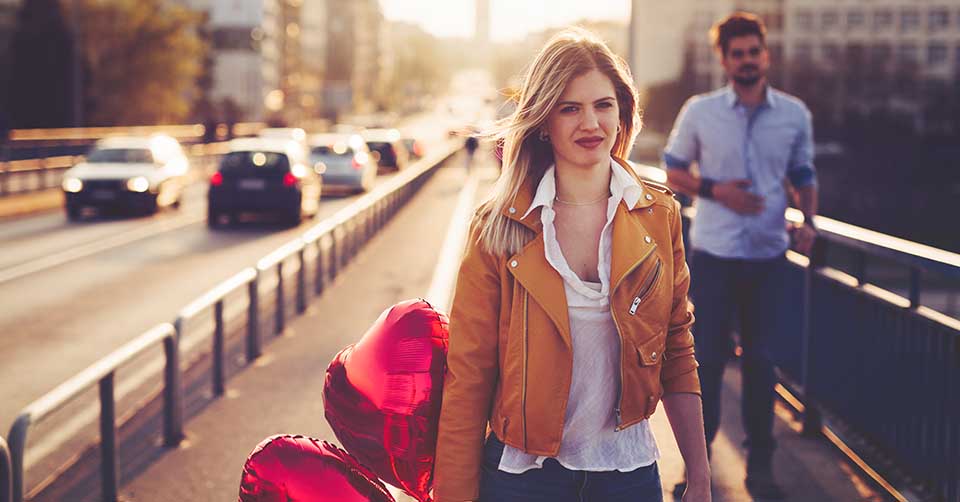 What are the chances of getting back with an ex? Men who are interested in picking up their relationship where they left off often weigh the percentages when it comes to taking action. After all, no one wants to waste their time trying to win over an ex who just isn’t interested.

Whether you had an amicable breakup, you broke up on bad terms, cheating (you or her) was involved, or you dated several years ago, each of these scenarios puts you in a particular situation. Do you know what you can do to increase your odds of success?

In this article, we will look at the chances of going back with an ex-girlfriend, as well as provide some advice about where you’ll run into your ex (and what to do about it).

What Are the Chances of Getting Back with an Ex?

If you broke up with a girlfriend on good terms, there’s a good reason to believe that you could pick the relationship back up in the future by reaching out to her. There are plenty of positive reasons why you broke up in the past, like moving to another state for college or studying abroad, so if it was a mutual decision, who’s to say you can’t go for Round 2?

Of course, people tend to move on with their lives, but if the time you shared was generally positive, she may be willing to give you another shot. If things work out, you can look forward to rediscovering what drew you to one another and create a new future. Or, you may rediscover elements of her that led to a breakup in the first place.

If you broke up with your ex on bad terms, it’s very rare that she will be receptive to you getting back together. The emotional pain and duress that comes with a bad breakup is often reason enough for a woman to block you from entering her life again.

Also, be forewarned that getting back with an ex that you broke up on bad terms may lead to an on-again-off-again relationship, where the original enthusiasm for the relationship is difficult to replicate. Now, with more resentments and always the option of one person leaving, the relationship will be on shaky ground. 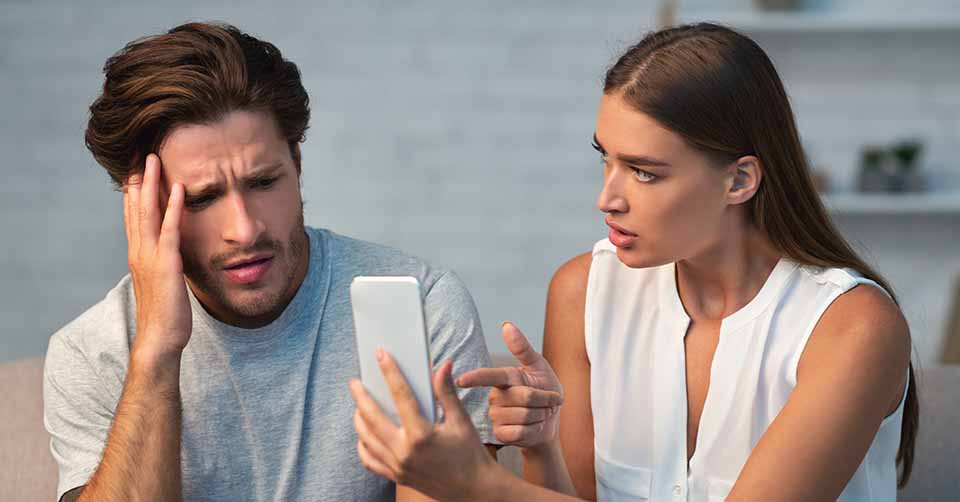 If you or her cheated on one another that ultimately led to a breakup, the chance of getting back with an ex-girlfriend is often slim. There are some people who can forgive those who cheat, particularly if the cheating wasn’t severe or circumstantial. However, reconciliation is often difficult.

Winning back trust in a cheating relationship is often insurmountable. One partner will always feel more anxiety than the other, either not feeling that the reestablished relationship was as comfortable as in the past or feeling pressured to meet the needs of the cheating partner.

There’s also the likelihood that either partner might push for an open relationship, where either partner is free to explore other people in their life. Considering how often these relationship arrangements fail, it might be better to just move on.

If you’ve dated years ago but the relationship fizzled out for some reason or another, you may have a chance to rekindle the relationship if enough time has passed. This depends on whether you measure up to the person you once were and how your current life is doing. For example, you may have started a new business that makes her more interested than when you were in school previously.

The truth is that your past relationship is a unique entity, but resuming an old relationship requires dealing with new circumstances. If these circumstances are not in your favor, you may want to find a new partner to start with a completely blank slate of expectations.

Look at the numbers

Let’s bring some data and empiricism when it comes to getting back with ex-girlfriends.

The website Ex Back Permanently conducted a study among 5,000+ participants to survey the chances of getting back with an ex. Here are their findings:

As you can see, the chances of getting back with an ex are pretty low across the board, but long-term relationships tend to have a better success rate.

What Are the Odds of Running Into an Ex?

Part of getting back with an ex is if you will be in one another’s life again. Whether this includes in-person encounters or strictly online correspondence, let’s take a look at some of the most common scenarios where you are likely to run into your ex again (for better or worse). 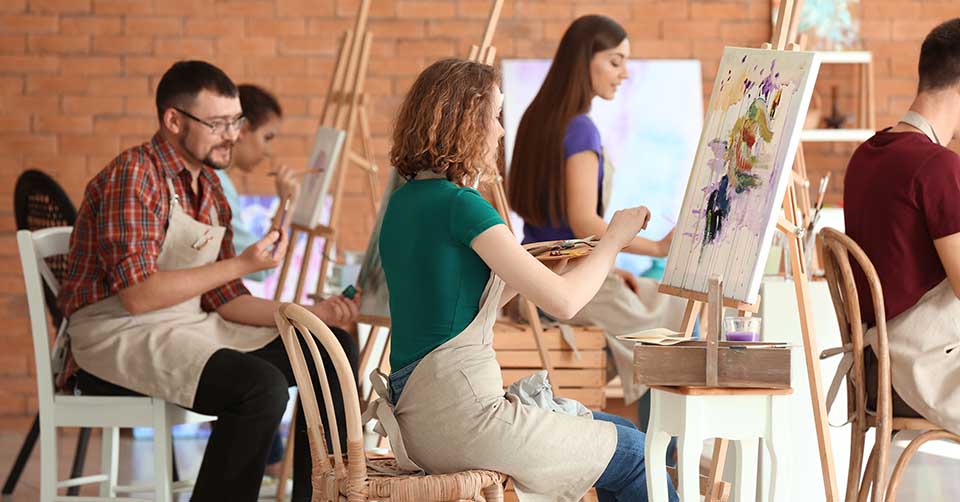 If you pursue the same hobbies, it’s fairly likely that you’ll run into your ex again. For example, you may see your ex at a farmers market if you are both interested in crafts and healthy eating. Or, if you both participated in a running group, she may continue to go despite your presence.

Classes together will be a challenge, as you may be in a no-win situation to disengage from an ex-girlfriend. If you don’t have classes together or don’t work in the same department(s), you can at least expect to cross paths with her in a cafeteria, study rooms, and other places that you used to meet up.

If you’ve got the same friends and acquaintances with an ex, it’s likely that you’ll run into them sooner or later. Depending on their interpretation of your breakup (such as an amicable breakup), expect some sort of shift in their attitude.

Bear in mind that your ex may be avoiding you in these circles, and you may find yourself disinvited to events if she was better friends with them. 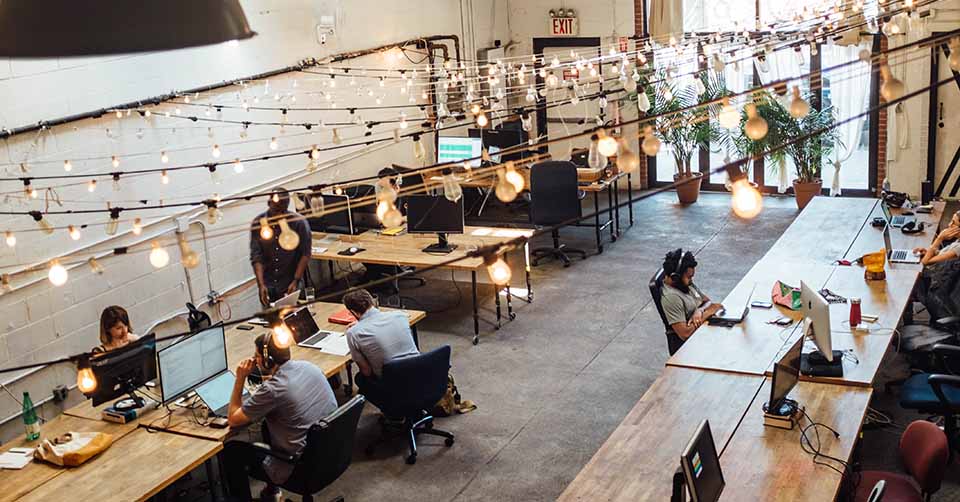 There’s a reason why much dating advice revolves around not dating in your workplace. When things go south, you may be forced to act in a professional manner around an ex who isn’t too pleased to see you.

It’s often dangerous to air your grievances and conflicts at work, which may lead to either you or her getting fired due to an employer’s guidelines relating to inter-office romance. This only exacerbates tensions and may make your professional life more uncomfortable than it already is.

If you live with one another, you’ll obviously be seeing one another again. It adds another layer of difficulty since it’s hard to break up with someone you live with. But what happens if you live in the same apartment complex or the same area of town?

There’s a high likelihood that you’ll run into your ex at supermarkets, restaurants, bars, and other public places - particularly if you’re in a small town or have very similar tastes.

Social media keeps us connected, so it’s no surprise that you may want to reach out to her on these platforms (using DMs or Direct Messages). Unless you want to air your private lives on social media, avoid discussing anything by leaving comments or “strategically liking” her posts to get her attention.

Remember that social media is often a curated image of one’s self. So an ex may want to remain on friendly terms for the likes or comments you provide but may want to keep their distance.

Depending on whether she blocked you or ghosted you on these platforms, you may not have the ability to reach out to her in hopes to get back together.

If you’re part of an online group discussion or a forum, there’s a chance that your ex will make an appearance. In these situations, you will probably be forced to be civil or act as if things are back to normal.

Your chances of getting back with an ex depends a lot on the circumstances of your breakup and the odds of running into her. So if you want to get back together with your ex, keep these facts in mind to help you find a way in. Otherwise, if the odds are against you, it’s best to move on from your ex and start seeing other people.