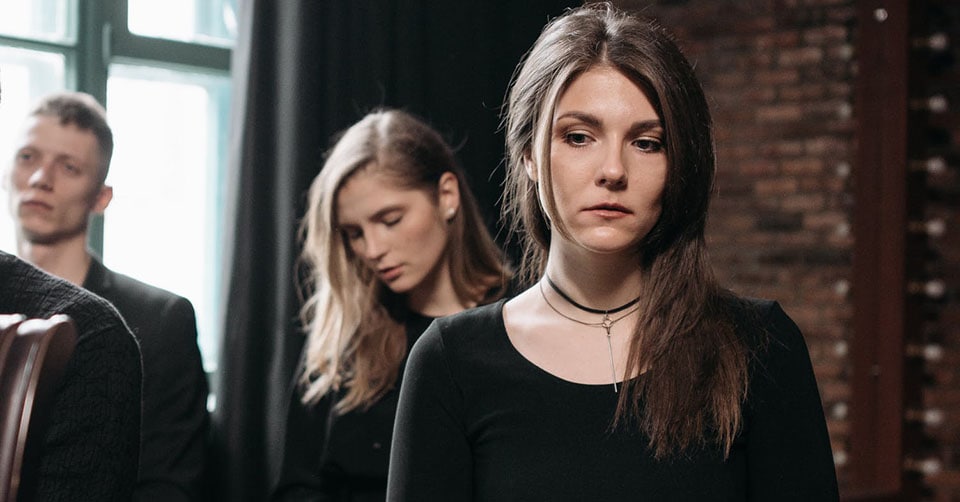 Did you know there are signs your ex is pretending to be over you? You might not think of them as signs, but more like annoyances and gestures from her that confuse the heck out of you. And yet some of these signs are telltale indications she’s not quite over you yet—far from it.

If you’ve just had a breakup, it’s super-important to know what these 14 signs are. Here’s why: If, by any chance, you want to get her back, then some of these signs mean she’s open to getting back together with you.

Meanwhile, other signs will predict that if you tried to get her back now, it’ll be ugly and messy—and so it’s best to not try, or at least wait for a better time.

So, what are these signs? This article will introduce you to the 14 of them and whether they’re good or bad for any attempt to get back together. Plus, at the end, we’ll also answer the burning question: Should you try to get her back?

The 14 Signs Your Ex is Pretending to Be Over You

So, are you thinking of getting back together with her? Regardless, watch out carefully for the first 10 of these 14 signs. If you spot them, it means now’s not the time to fix the relationship.

#1: She’s livid at you, trying to bait you into arguments

Is she still quite angry at you? When you bump into her online or in town, is she cold and confrontational? Is she being toxic and manipulative each time you talk? If so, then she’s definitely not interested in getting back together—or, at least, not until she’s had her fill of getting under your skin.

#2: She tries to sabotage your plans

Again, definitely not the right time to try to fix things with her. Instead, it’s best you lay low and keep your plans to yourself.

#3: She’s told everyone about the breakup

This is when you've noticed people seem to know about your recent breakup with her, even if you've told no one. That simply means she told people around her, most likely to gain sympathy and paint you as the bad guy.

#4: She becomes a party animal and gets into rebound relationships

It’s the typical “getting over him” routine. She becomes a party animal, going out drinking every night, taking drugs, and getting into rebound relationships. It’s one of the biggest signs your ex is pretending to be happy.

It’s a phase many women go through after a breakup, and it’s a phase where it’s not advisable for the ex-boyfriend to try and get her back.

#5: She’s blaming you for everything bad happening to her

If you checked her social media profiles, you’ll see she’s made some vague (or not-so-vague) posts insinuating that all the crap she’s going through is your fault. She might not mention your name directly, but when she uses phrases like “the past,” or “past hurts,” or “past lessons,” you can bet she means you.

#6: Her friends are spying on you

You may have noticed her friends have been pestering you, asking you questions, giving snide remarks, and even stalking you while you’re in town. She might even be the one stalking you herself! If she’s enlisted her army to harass you, this tells you one thing: She’s not over you.

And speaking of social media... 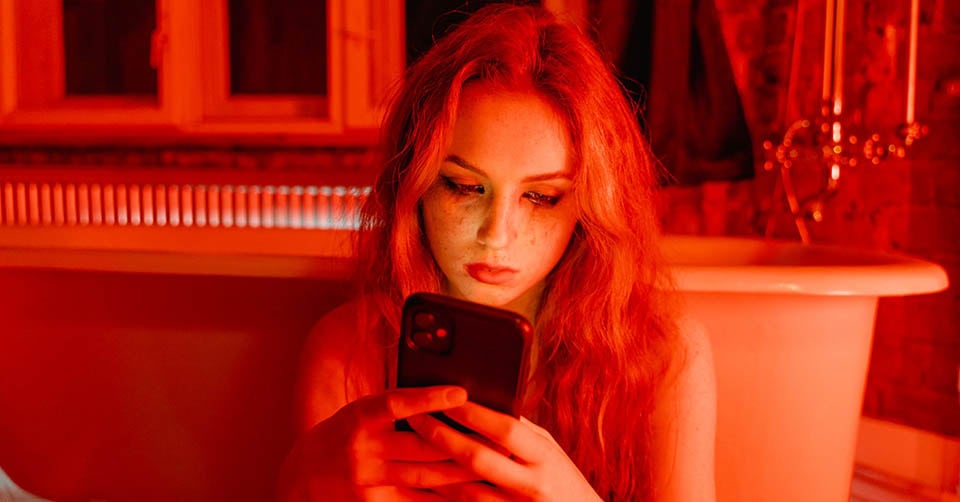 You may have noticed a wild change in her social media habits. If she used to be a sparse poster who’s now super-active, or she used to post every hour and now she doesn’t post in days—something’s up. She's dealing with her feelings over the breakup, and it’s difficult on her.

#8: She still has photos of you

Here’s a funny story. A few years ago, my friend broke up with his girlfriend. Shortly after, he hopped on to Tinder and, to his surprise, found her profile there.

The funny part? Half her pics on Tinder had him in them. I’m not even kidding.

Now, if she still has photos of you on her social media profiles—even weeks after the breakup—it means she hasn’t gotten over you yet.

#9: She tries to make you jealous by showing she’s “doing just fine”

Has her social media timeline been filled with photos of her trips, cruises, parties, and new flings? Has she been going crazy with captions that say: “Better than ever!” or “Doing just fine” or even: “Better this way”?

If so, she’s definitely trying to make you feel jealous. And yes, she’s not “doing just fine,” despite appearances.

This one’s the last of the bad signs: She makes drunk calls and sends long-winded text messages to you. Often, she makes these calls and texts in the middle of the night, either during one of her drunken parties or in the lonely crash afterward.

These are the 10 signs you’re better off not trying to get her back. Or at least, not yet. At this point, she hates you. She’s smack in the middle of the “getting over you” phase, and jarring her out of it won't be pretty.

Instead, wait until you see the following four signs before you extend an olive branch to her:

The first good sign is this: There was no period of “no-contact” between you.

She still texts, chats, and calls you, well past the breakup. You get the feeling that even if you’re no longer a couple, it’s still quite important to her that you remain friends.

#12: She still flirts with you

Even though the relationship is over, she’s still quite flirty. She’s still her naughty, sweet self, and she drops hints here and there about getting back together.

If it feels almost like nothing's changed between you, it's because that’s true. She still feels very much the same way.

#13: She’s strangely giddy when she’s with you 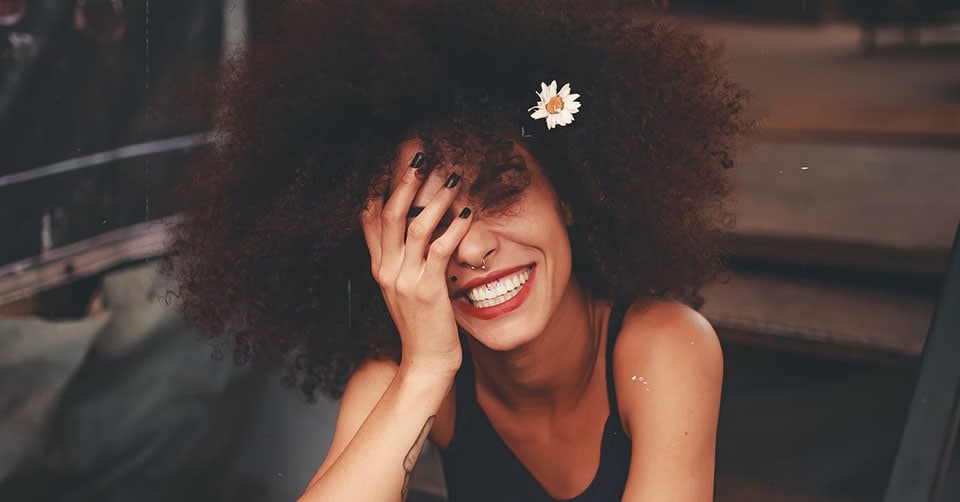 Whenever you spent time with her after the breakup, you noticed her mood’s always quite good. She’s giddy, excited, and almost bursting with affection.

That’s a sign you still give her the butterflies, and she loves every second of it. You can bet she wished you were still together.

#14: She still talks about the past

Lastly, she talks about your past relationships. She does so wistfully, as though they were the “good times” that are now gone. Nothing can be clearer: She wishes the good times would come back.

Those are the 14 signs your ex is pretending to be over you. Again, most of the signs (specifically the first 10) are red flags—you shouldn’t try to get back with her yet, if at all.

Meanwhile, the last four signs are good ones. They’re indications she’s already past the harsher phases that come after the breakup, and she’s in a calmer, wiser, and altogether more open-minded state.

And in that state, she’s much more likely to say “yes” if you asked her back.

So go ahead and check. Which of the 14 signs are you seeing in your ex right now? 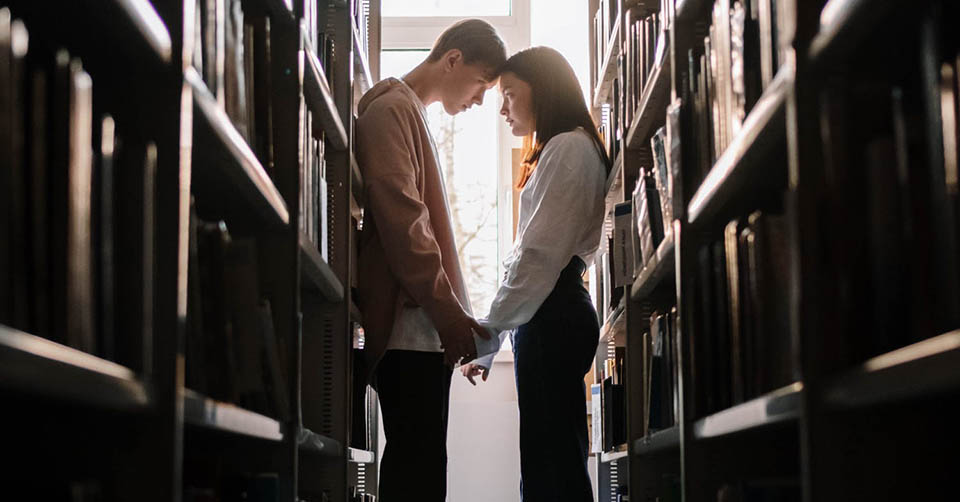 Now, ask yourself. Do you want to get her back and give your relationship a second chance?

Or do you want her to finally get over you so you can move on with your life?

If you want to get her back...

On the other hand, if the signs aren’t there, wait until they manifest before you attempt to get your ex back. And be prepared to wait for weeks or months—she’ll likely need time to work through the toxic post-breakup phases.

Meanwhile, do take a closer look at what caused the breakup:

Was it her fault?

Was she crazy, or too demanding, or simply too much for you to handle—so bad that you had to call things off? If so, wait for Signs #11 to #14 to show up—these are the signs she’s learned her lesson. In the meantime, you might want to read the tips in this article to make the mending easier.

Was it your fault?

If you were too toxic or unreliable, then you might need to work on yourself in the meantime. Roll up your sleeves and work to become a better man. Besides that, if you were too needy for her, you might want to kill your neediness by meeting more women and spending time with them.

Perhaps one of you found their dream job in another town, or someone decided to attend university in another country—and it caused the breakup. In this case, it’s best not to try to get the relationship together. Wait for whatever the situation is to work itself through, then try again with her—smarter this time—when things aren’t so complicated.

Then it’s quite simple. Break all contact with her and move on with your life. If you have some hurt feelings lingering in you, you can work through those post-breakup feelings.

At the same time, you’ll want to get over her and move on in as little time as possible. Life is short, after all. So I suggest you start meeting more women. Nothing erases the pain of a breakup than fresh, new experiences with new people.

No matter which you choose, I wish you the best of luck moving forward!