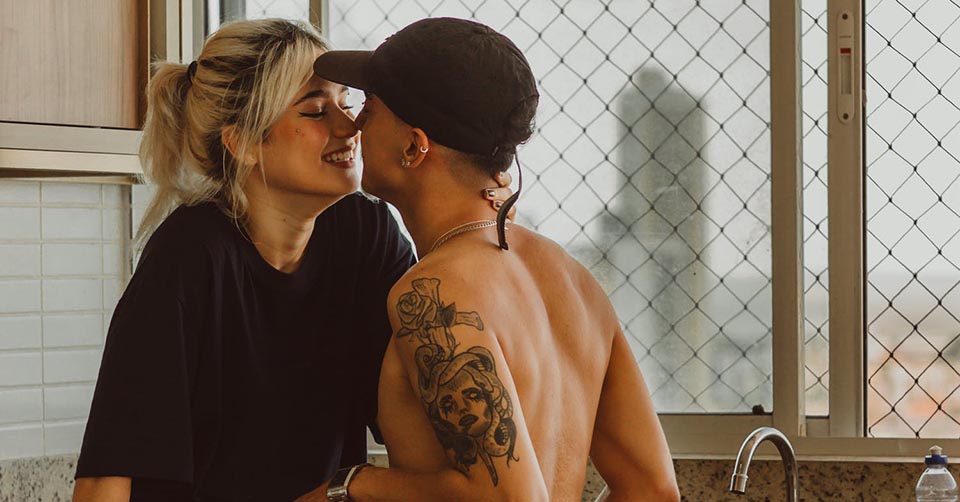 You may have heard women talking about men who are too nice or boring in their dating lives. When you learn how to be more aggressive to a girl, you open up a new world of possibilities in your dating life that may not have been apparent before. So many men tend to be too passive when dating, causing them to miss out on chances to attract someone or foster a healthy relationship that’s more in line with what women really want.

In this article, you will learn how you can be more aggressive and assertive in dating, the bedroom, and just life in general.

Being Aggressive Vs. Being Rude: What’s the Difference?

Most men make the mistake of thinking that being aggressive to a girl is the same as being rude to a girl. Nothing could be further from the truth, so let’s establish the difference between each mode of being.

Aggression is a forceful assertion of yourself and your priorities in social situations. As a synonym that’s closer to the meaning of being aggressive, being “assertive” - having a confident and forceful personality - is the desired state of being.

Being aggressive enables you to assert wants and needs, often disregarding those of others that are deemed unnecessary. For example, you may want to refuse to drive drunk while your friends beg you to buy more alcohol to keep a party going. That’s being assertive.

Being rude, on the other hand, isn’t an attractive quality. Rudeness often takes on the tone of inappropriate violence, either through words or actions, that tends to reveal a chaotic mental state. It also is demeaning to others and reveals a person that is self-centered.

Despite their forceful exterior, rude people are often making up for a lack of control in their lives or a lack of awareness that often leads to unnecessary conflict. For example, a rude person may insult a waitress when she brings the wrong order, only to feel justified in not leaving a tip due to “poor service”. By contrast, an assertive person will correct the order but empathize with the waitress to resolve the situation.

Here’s a typical example of a rude person in action:

One of my business partners was a typical steroid junkie sociopath, but he was magnetic to women - at least at first. He’d make it a point to start confrontations with servers and managers to impress women and display dominance, which they’d often respond to favorably. Women were often bowled over by a man who could seemingly get things done and manipulate the world in their favor. That is until he started to scrutinize her in the same aggressive manner.

Over time, I watched as she first became enamored with him, then began to suspect that his rudeness was starting to cause problems in their relationship. Finally, she realized she was trapped but kept quiet, as she felt fearful to get on his bad side.

And while I lost contact with him due to a bad business deal (surprise surprise), his girlfriend actually took the time to find my number out of the blue and give his current location so I could sue him in small claims court. According to her, he was astonished that he could be served papers and couldn’t figure out how I found him. 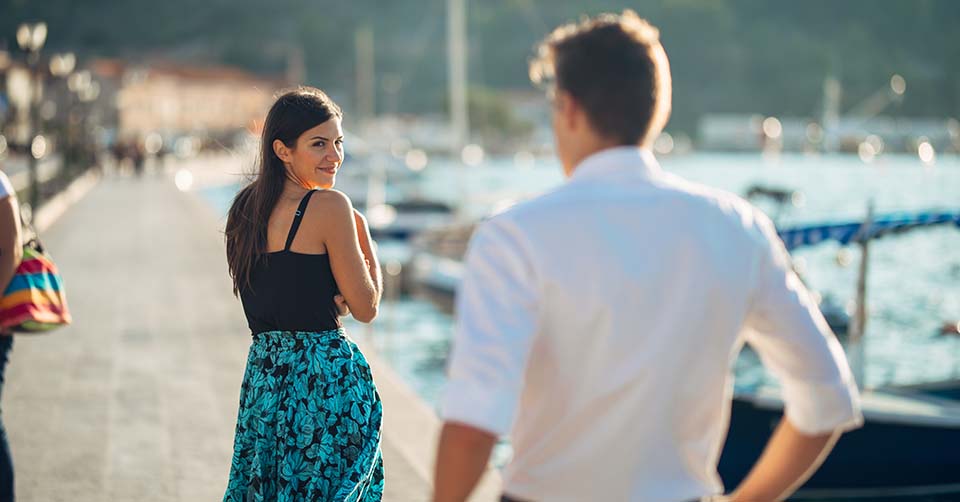 Let’s take a look at specific things to do to be more aggressive to a girl, including when approaching women, during courtship, when in a relationship, and so forth.

Remember: submissive women want to be approached by attractive men. The act of being aggressive is breaking through social conditioning and the humdrum existence most people are used to. Other men may be intimidated or try to rationalize not bothering her, but an aggressive man will give it a shot and let the chips fall where they may.

Women are shy for a reason. Women view aggressive men as a proxy or buffer to voice their opinions without facing social shame and ostracisation. It’s one of the reasons why women often drag a man along to a car dealership when purchasing a vehicle.

By being aggressive in your communication, you’re able to persuade others to see your point of view and not just say what is most socially acceptable.

This can also be useful to defuse another rude or aggressive person that is attempting to dominate a social interaction. By verbally asserting your willingness for conflict, you gain power and control of intolerable circumstances - something women take notice of and view favorably.

Spontaneity is a powerful tactic that reasserts your role as an aggressive man in the relationship, and it’s one of the best ways to be more aggressive to a girl.

Not waiting for the perfect time is key because there are very few instances in life where there won’t be some minor discomfort or inconvenience to overcome for a better overall outcome.

Of course, you don’t have to keep up a gruff attitude the entire time, but you must be assertive and not give a long enough timeframe for doubt or second thoughts. Whether you handle logistics over text for a date that very night, choose a restaurant to dine at, or go in for a kiss, the ability to convey “let’s go” means you are attuned to the present moment and the positive possibilities of taking immediate action.

Create an Us Vs. The World Dynamic 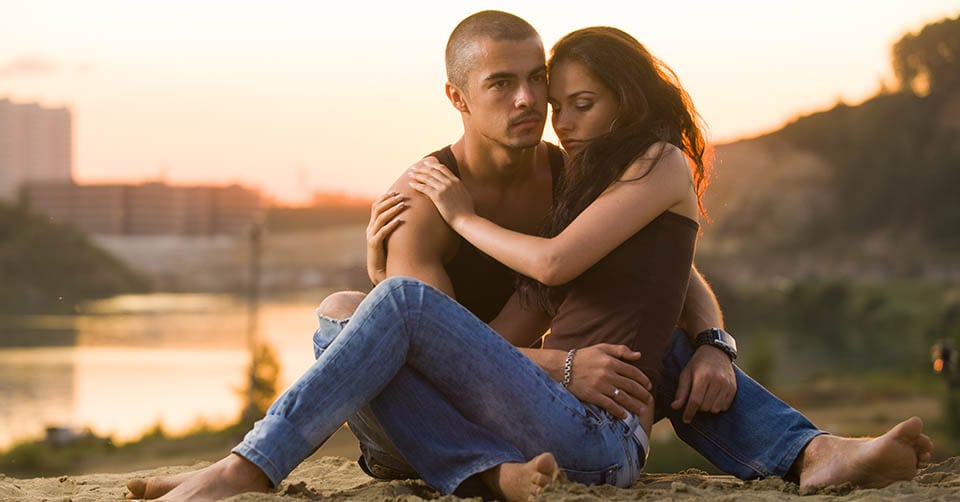 If you’re an aggressive man, you already know that most things in our lives seek to drain us of our time, money, energy, social standing, and attention.

Women love to feel part of a winning team, so creating an “us versus everyone else” dynamic can make her feel part of a team and satisfy your vision. Remember, meek, timid, or demure men go with the flow and choke; aggressive men understand the danger around them and actively deal with its effect on their mission.

Initiate sex when you want it

If you’re in a sexual relationship, it’s up to you to initiate sex to guarantee intimacy. Women can initiate sex, but more often than not, a dead bedroom is because a man submits to the slightest resistance.

If you are rebuffed continually, you can circumvent this by withdrawing your attention to send a message that you will not tolerate a woman in your life that doesn’t recognize your needs. You don’t need to get physical, but you can announce your desires until she makes it clear that “no means no.”

You may not be able to negotiate attraction, but she should understand that you have sexual needs that must be met to avoid frustration and looking elsewhere.

Be rougher in bed 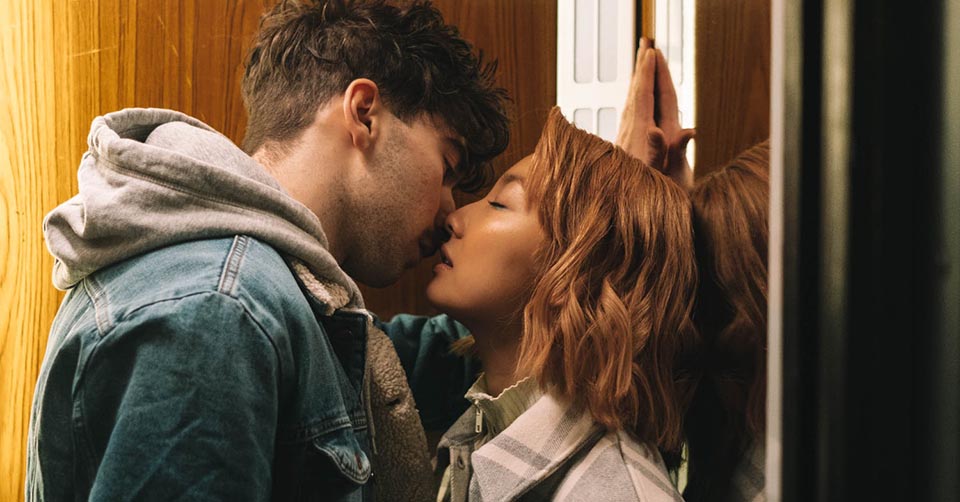 Nothing expresses your desire more than rough sex--one of the sexiest ways to be more aggressive to a girl. Part of being aggressive is being rough while having sex. Nearly every woman enjoys some form of rough sex. Instead of asking for her permission, simply give her a command. If you’re unsure about it, here’s a Chris Rock comedy bit about ways to be more dominant in bed.

Try some of the following ways to be more aggressive in bed:

Of course, use caution with rough sex. Some women have traumatic sexual experiences that can be triggered by rougher sex, though you can work through these limitations with her consent and focus on healing her.

Testosterone is directly correlated to masculine behavior. However, men have had declining rates of testosterone for the past few decades. There are plenty of studies and evidence that shows a clear correlation between lower testosterone and more feminine behavior, so it’s important to take steps to boost and maintain your levels to be a more naturally aggressive male:

For more the most recent information, Andrew Huberman recently outlined a number of steps men can take to boost their testosterone level.

While these days it’s common for people to want to just get along and go with the flow, it will get you nowhere in dating. If you want to heighten a woman’s emotions and make her attracted to you, you need to be a little more aggressive. Forget the subtle hints and go for it with intent and purpose. You’ll find that, even if you’ll get rejected sometimes, you’ll have a more fulfilling dating life that is completely in your control.