How to Flirt at Work in 2023 Without Risking Your Job 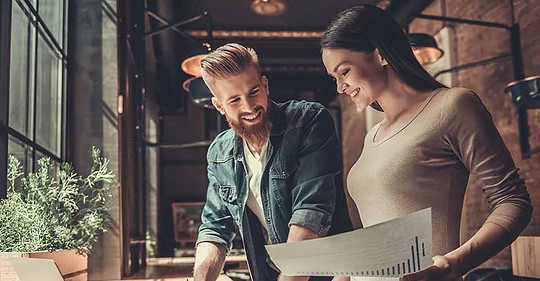 Knowing how to flirt at work has its own set of advantages and disadvantages. It’s not for everyone, but if you’re good at it, it can make your regular 9-5 all the more rewarding.

Flirting is one of the best ways to make those working hours fly by and create some excitement while you earn your pay. By behaving in such a way as to playfully arouse the opposite sex in a professional setting, men need to know how to go about flirting without going too far.

If a man in a work setting flirts inappropriately, causes a disruption to the daily workflow, or attracts a coworker for a relationship (most offices don’t allow relationships between coworkers), the results can be disastrous to his professional career. However, there’s a fine line that you can tread while attracting women at work.

Whether you’re looking to learn about attracting women at work, how to talk to a girl at work, and much more, this in-depth guide will cover everything you need to know about how to flirt at work.

The Risks of Attracting Women at Work

Everyone loves to arouse the opposite sex for validation. However, in a work setting, there are some obvious and not-so-obvious risks that come with flirting that often lead to serious consequences.

Your job is at stake

If you’re flirting with work and things go awry, you could lose your job. Employers typically dissuade their employees from engaging in romantic relationships, as this can lead to conflict in the workplace, favoritism, and other drawbacks that ultimately affect the employer’s bottom line.

After spending eight or more hours together in a small enclosed space, it is only natural to feel some affection for those you work with. However, the fallout from a relationship at work can go very wrong. A woman that decides to fall in love with you and out of love with you can lead to an awkward or even hostile work environment.

You can get her fired

If you’re flirting at work and she’s receptive, you may be putting HER job at risk - especially if there are jealous women at work who see you flirting with attractive coworkers.

Fraternizing at work is when you choose to associate or form a friendship with someone, especially when you’re not supposed to. Coworkers may not be so happy that you are engaging in relationships that can affect them the most: Their wallet.

For example, if it seems like you’re currying favor from your manager or the owner, some of your colleagues may believe that you’re flirting rise in rank or gain privileges that they don’t have.

The fallout from this jealousy often leads to passive aggression, rumors, and undermining behavior that often curtails your career. 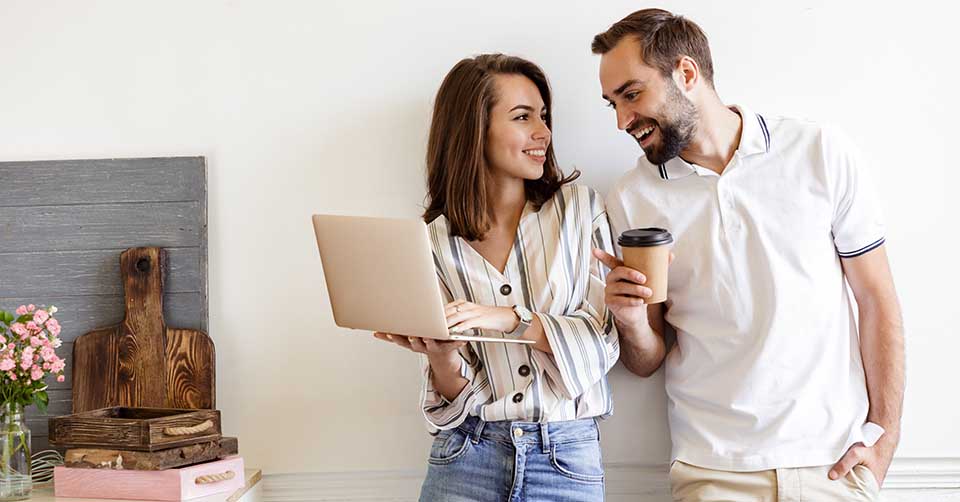 The blurring of the lines between your professional life and personal life can lead to difficult decisions when it comes to flirting and who you choose to flirt with. For example, maybe you acquired a new client and the woman you are working with decides to flirt to get a deal. If you’re not aware, she may try to persuade you to make a decision that you wouldn’t normally make due to her sexualizing the interaction.

Let’s be honest: The modern workplace can get litigious when it comes to relations between the sexes.

If you’re flirting and a woman takes your advances wrong (even if she’s mistaken), you may have to talk to HR and defend your position. Considering how prevalent sexual harassment lawsuits are, you may want to think twice when telling that saucy joke or complimenting a woman’s appearance.

How to Flirt at Work

The art of flirting is all about subtlety. When giving compliments or engaging with female employees, you want your flirting to fly under the radar. To do so, sexual innuendo and double-entendres are perfect vehicles to flirt without directly sexualizing the workplace.

Also, you will want to limit the audience when you’re flirting. Try not to be in earshot of other employees, nor let your manager catch wind of the flirting. Choose a flirting style that gives you “plausible deniability” while also not appearing too aggressive.

Above all, flirting should always be fun. To gain an understanding of this, you should know the difference between being attracted to someone versus being “in lust” with someone. Attraction is fun, whereas lust has an implicit threat of sexual behavior (which not everyone is comfortable with).

You want to create an environment where flirting is fun, even under the guise of “making the clock go faster”. If women understand this, you can create an exciting workplace that’s fun to return to day after day. Plus, your coworkers will appreciate your masculine presence - and you may even get a date or two. 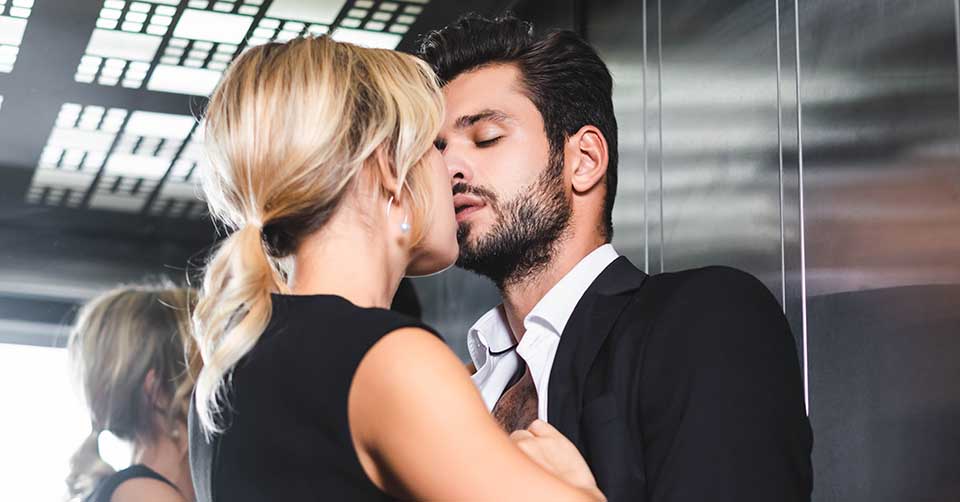 It’s easier to flirt during private hours than it is during the 9 - 5 hustle. While you may be tempted to blow off steam, stress is often high during work hours and some women simply don’t have the mental space to deal with an intrusive guy (even if you have the best of intentions).

As a remedy to this, reserve your flirting during hours away from the office. Invite your female coworkers out for a fun night at the bar, a coffee date, or a trip to a park - whatever the venue, it’s easier to flirt away from the office without the repercussions that come with flirting at work. You’ll be surprised how many women are more receptive to romantic advances or playful compliments when they can finally let their hair down.

Women love to laugh and it’s been shown to make people healthier. And blending some sexiness at work goes a long way to making you popular at the workplace.

The easiest way to be funny is simply to memorize a repertoire of sexy jokes to deploy at the right time. One-liners are perfect for the workplace so you don’t have to launch into a minute-long joke with a setup and a punchline. Even the cliched tagline “That’s what she said” can create a sexy and playful atmosphere at work.

Nevertheless, by being known as a man that has a fun personality at work with always a joke on hand, you’ll enjoy a happier day and be regarded as a funny guy by your peers.

Be forewarned that you should test the waters first. Start with innocuous sexual jokes and see the reaction. Women will often reciprocate with flirting or give you signs that you can get “dirtier”. If you read the room well enough, women will give you signs to proceed further to make flirting even more fun at the office.

As you learned in the previous section, flirting can lead to some seriously negative consequences. To keep your nose clean, so to speak, avoid flirting beyond speaking to coworkers.

Text messages on social media, collaboration platforms (like Slack or Trello), or on the phone are used by accusers to build documentation of your transgressions. If you choose to flirt, just do it verbally. Unless someone is recording you (which varies in legality per state), flirting verbally minimizes the chances that a disgruntled woman will press charges, go to HR, or spread malicious rumors about you in the office. 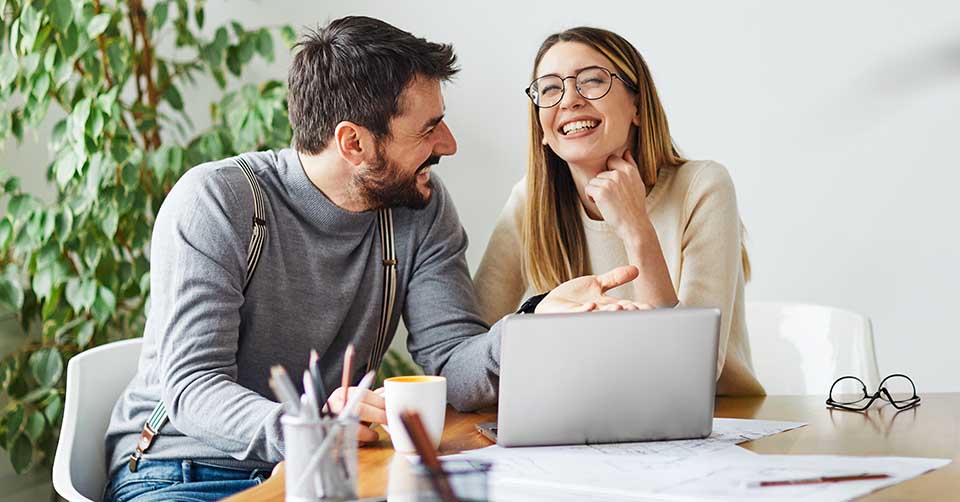 Part of learning how to flirt at work is knowing who wants to be flirted with versus those who just want to be left alone.

There’s certainly a difference between an older divorcee and the hottest girl at work. While the divorcee may be more receptive to your flirting, the hot girl may be sick of guys flirting with her all day. Subsequently, you can use the same flirting style and even the same words but be perceived vastly differently by the recipient.

Because of this, you need to choose people who want to be flirted with versus those who want to keep things “professional”.

Flirt with those who flirt back

Expanding on the previous point: if she flirts, you flirt. Women who choose to flirt with men understand that they’re opening the floodgates of workplace flirting.

In fact, in these scenarios, you may find that women want you to make their lives interesting. Older women love flirting to “give them hope”, whereas younger women enjoy the playful dynamic that makes everyone feel more aroused and “up” at work. However, if a woman isn’t receptive or seems uptight, steer clear and keep it professional.

Flirting at work is not for beginners

If you’re struggling with how to talk to a girl at work, flirting may not be the best option to get closer to your female coworkers. With all of the risk associated, you may just want to keep everything professional - especially if you’ve just started out in a new workplace or position and don’t want to rock the boat just yet.

So that’s our guide on how to flirt at work without getting on anyone’s bad side. Just keep it simple with witty one-liners and make sure you only flirt with someone who’s into it. Avoid flirting with someone who might get offended or anyone who has a grudge against you.