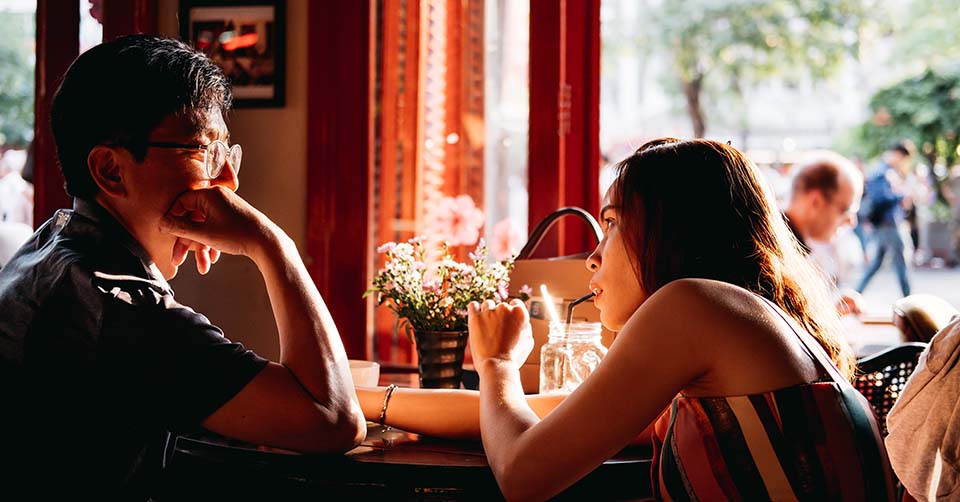 If you're just getting to know each other or your date is shy, it’s helpful to have ice breaker questions for dating success.

”Breaking the ice” is generally referred to as a way of alleviating the initial tension when first meeting a new person. And when it comes to first dates or encounters, there’s plenty of awkward and nerve-wracking tension that stands in the way of building positive rapport with a woman.

If men don’t have the ability to break the ice, however, the chances of leaving a good first impression and having another encounter with a woman are generally poor.

In this article, we’ll take a look at some of the best activities, strategies, and questions to help break the ice for a better dating experience, with plenty of icebreaker questions for dating that you can choose if you’re still getting to know one another.

Let’s look at some ice breakers to try on a date, including strategies that can build rapport or activities that make the experience seem less formal.

Who doesn’t love a good joke? One of the best icebreaker questions for dating is “Do you wanna hear a joke?”

To break the ice, try telling your date a funny one-liner to test the waters. Or, if you’re confident in your joke-telling abilities, launch into an elaborate joke to get some laughter out of her.

Remember, if she’s laughing, you’re more likely to build rapport and leave a positive lasting impression. Studies have shown that humor is one of the best ways to resolve conflict and build rapport, so always have a joke or two in your repertoire to warm things up a bit.

If you’ve got some good stories, then you have a great way to break the ice. By telling a story, you reveal enough about yourself and show that you’re capable of maintaining her interest.

As an added benefit, stories are powerful dating tools that often create a “trance experience”, where your date can literally fall under your spell.

Be careful not to dominate the conversation; let her chime in during the story and, if you can tell she wants to reciprocate with a story of her own, give her space to reveal some more about herself (even if what she reveals is that she’s terrible at telling stories).

Swings at the park

There’s something romantic about swing sets at the park, so if you want to break the ice with your date, head to the playground.

It gives you the ability to show off your physical prowess, but it also enables you to initiate some physical contact and release oxytocin, the pair-bonding chemical. Pair that with the giddy, carefree feeling of hanging out at a playground and you’ll have her feeling high on endorphins too.

Plus, as an icebreaker question for dating, asking “Do you want to play on the swings?” can get her feeling like a kid again.

Playing a board game 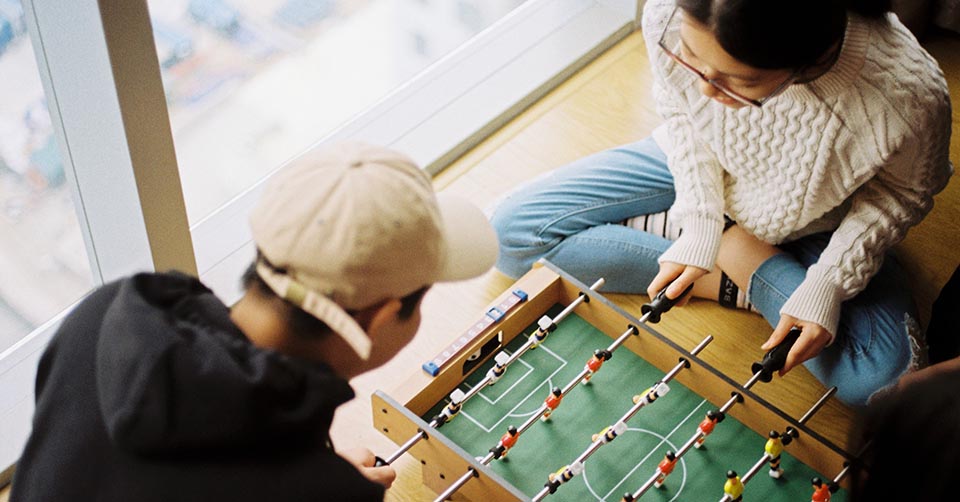 Board games are great icebreakers. By entering into a fun and competitive game, you can show her that you enjoy a stimulating game that engages her attention.

Scrabble is a great choice because each word is a topic in and of itself. Plus, it’s not awkward to have periods of silence as a courtesy to your date as she thinks up words to play in the game.

The game of Truth or Dare is a great way to spice things up on a date and break the ice while learning something new about a girl. Plus, playing Truth or Dare has a bit of risk to it - would you find out something tantalizing about your date, or is she comfortable with following your commands?

Start by asking “true” questions. Innocuous ice breaker questions are better at first than sexually-charged ones, so asking “Would you ever skydive?” and similar questions can lead the way to “Your best part of your body is your butt - true or false?”

Explain why you messaged them 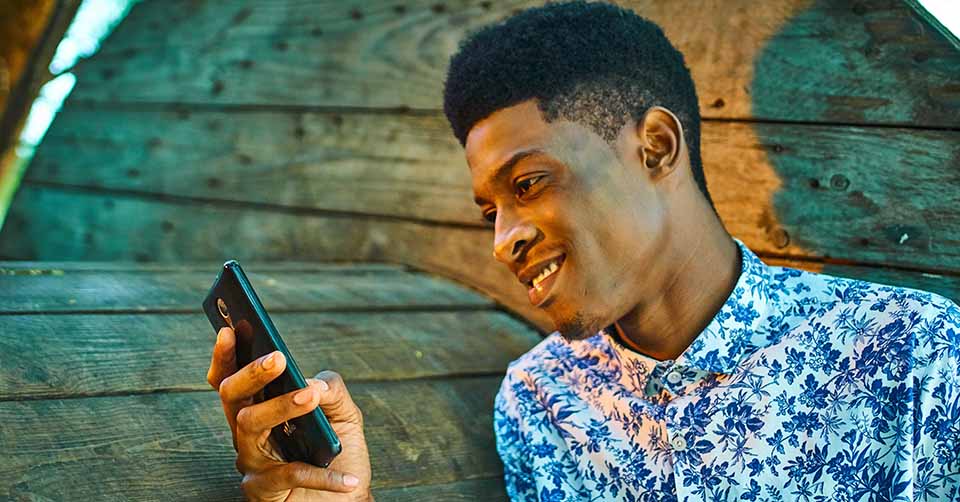 “Do you know why I responded to your profile on Tinder?”

Starting at what initially attracted them to you, questions like this can help you break the ice by showing her that you didn’t just swipe right for no reason. You can then use that as a launching pad to ask her other questions about herself.

Or, you can ask her the same questions - “So, why did you end up chatting with me in the first place?” While this may remove a little bit of the mystery, giving her a way to compliment you backhandedly is a great method to remind her why she liked you (a positive experience) and give your date a more natural feel.

Send her an emoji

You may be surprised to know that social psychologists have studied the use of emojis as icebreakers. Turns out, the first emoji you send can reveal your intentions. So when in doubt, add a smiley face emoji to show her that you’re being friendly. If you’re using a hookup app, however, a joke or fun one-liner paired with the eggplant emoji might do the trick.

Start with your food

Who doesn’t love food? By asking her what she wants to eat and what her favorite food is, you can certainly learn a lot about her beyond just her fast food preferences. For instance, if you’re sharing a pretzel and it reminds you of the ones you had in Europe, you can use this as a segue about asking whether she’s been abroad or likes to travel (hint: all women love to travel).

Also, this is a great way to share her favorite food on a date, an act that has ancient origins of friendship, community, and altruism. Subconsciously, she will associate you with a provider type of man, especially if you pick up the tab!

Let’s look at some good ice breaker questions for dating and why these questions work. 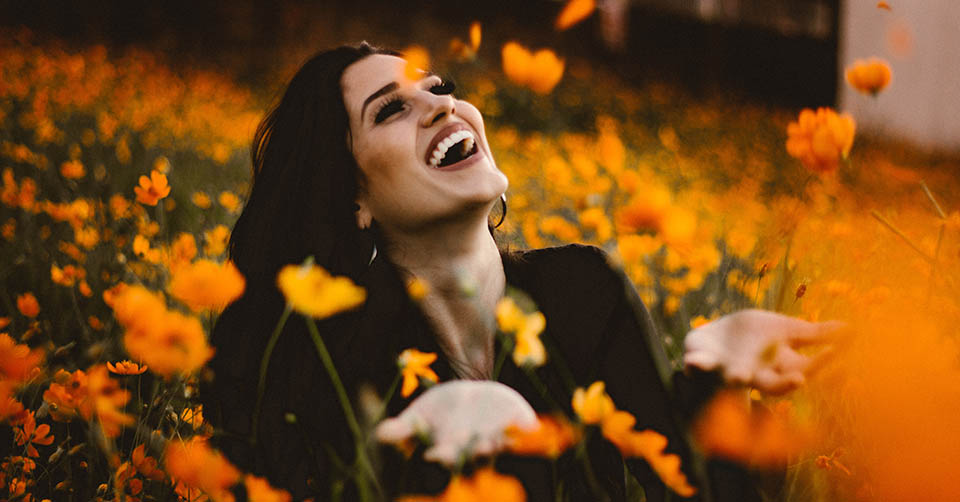 Everyone likes to imagine an idealized day full of life’s pleasures and without conflict. By asking her this question, you not only learn a perfect way to please her in the future but also put her in a pleasurable frame of mind.

This is also a good litmus test to gauge what makes her tick versus what she doesn’t like so that, in the future, you won’t make the mistake of doing something she doesn’t like.

Why did you choose to become [occupation]?

No one just falls into their occupation. Very often, there’s a good chance that her deepest desires and personality traits led her to choose an occupation that’s in line with what she wants out of life. You can use this as a way for her to trace how she decided to go to college (a great conversation topic), how she likes the job, and what the future holds for her.

Best of all, if you have knowledge about her occupation (such as your mother worked in the same profession), you can ask her engaging questions that go beyond surface-level remarks like “Oh, that’s nice. You must love it.”

Bear in mind that if she doesn’t like her job, you can still frame this question as something favorable to her. For example, if she’s working a dead-end job, you can ask about how her current job is leading her to her goals, such as buying a new car or affording a new apartment.

Everyone has guilty pleasures. And because we feel a sense of pleasure and shame at the same time, you can ease her mind by revealing your own guilty pleasures - or even sharing that you have the same likes in common.

Where do you see yourself in five years?

This question is less about what she says and more about letting her know that you’re thinking about the future (and whether she measures up). While it may not be the first question you ask on a date, it can certainly clear the air and show that you have ambition in life (a highly-attractive trait that most women value).

For example, if she says that she doesn’t think that far ahead, she may be looking for a man to lead her. Or, if she’s more head-strong, you can sense how independent she wants to be.

Of course, it’s important to have your own response at hand that matches or conflicts with what she’s thinking. Better yet, you can say that you’ve been working towards this plan and are just looking for a good woman to share this idealized future with.

What would you do with a million dollars?

Imaging our lives with a large sum of cash is always an imaginative and pleasurable exercise. As she describes what she would do with this hypothetical amount of money, you can learn what she values in life and where her priorities are.

Of course, if she already is a millionaire or has a substantial amount of money on hand, you can always frame this question in a different way. “What would you do if you had more money?” is a great topic for philosophical discussion, plus it’s an open-ended question that shows her ambition and thoughts about an idealized future.