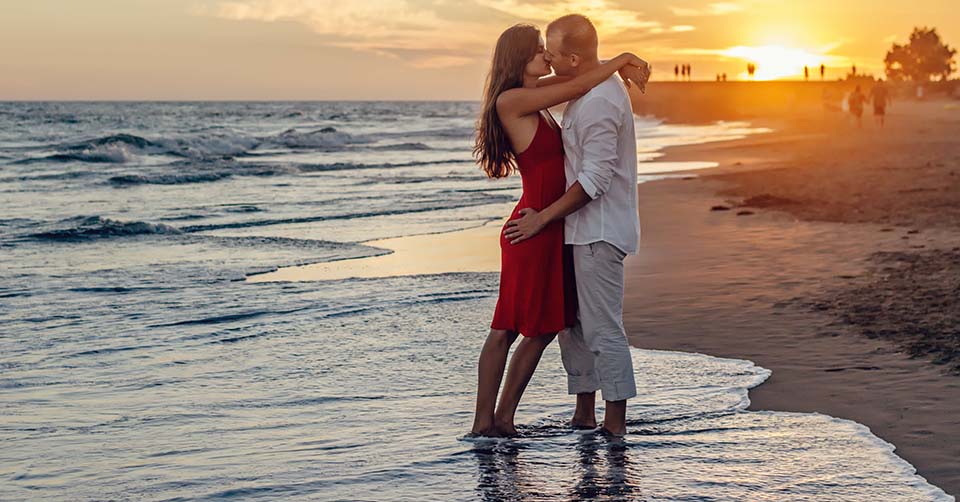 Are there actually PDA relationship rules a guy should follow? Yes and no. Most "rules" around PDA are generally unspoken, so you need to get a feel for what the public will tolerate. This has to do with the culture surrounding PDA where you are, how public is public and how much PDA you're okay with showing when you're out.

So what's the appropriate amount of PDA in a relationship? We get this question a lot from guys who are either too stingy with their affection or too passionate about Public Display of Affection (PDA) that they end up turning girls off.

In this article, we’ll talk about how much PDA a man should display and how often. But first, let’s start with an important question: What is PDA?

What is PDA in a Relationship?

Wikipedia defines PDA as any act of physical intimacy in the view of others. This shows that PDA can come in different forms:

But is all PDA bad?

The short answer is NO. PDA, in the right situation, is actually good.

Touching increases the bond between people, not just couples, and makes them happier. A 2008 study published in the Emotion Journal showed that the most touch-bonded NBA teams (Boston Celtics and LA Lakers) were also the league’s top teams.

Similarly, both Sacramento Kings and Charlotte Bobcats (a.k.a. Charlotte Hornets) whose players made the least contact with each other, sat at the bottom of the table.

Other studies also show that couples who touch more frequently tend to stay with each other longer compared to those who rarely show affection to one another. PDA also has other benefits, including:

A 2016 study on college students showed that young couples in college use PDA to feel good about themselves.

“Of the 155 female and 194 male college students who completed the online questionnaire, 32% of the women and 37% of the men reported making out in public. Participants’ motivations included enhancing their image, causing jealousy or envy, demonstrating a relationship, sexually arousing men, and participating in fun and games.”

The same study showed that men use PDA as a form of peacocking to attract other women. It kinda has the same effect as going to a bar with a wing girl. It tells the other girls that you know what you’re doing and can be a good lover/provider for them. It also shows that you’re not entirely a creep, you got game and this also stirs competition anxiety in other women.

“Men reported that their reputations were enhanced more often than damaged; women reported the opposite pattern.” The study said. 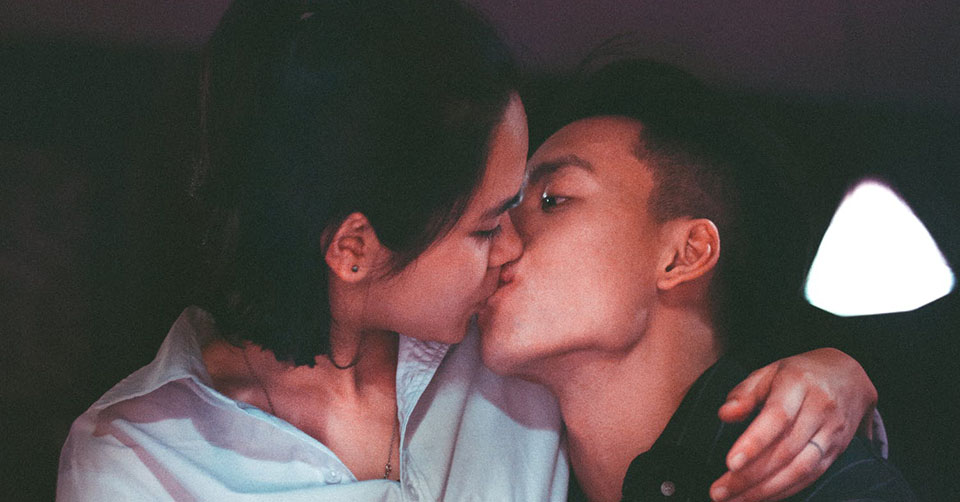 For some people, a PDA has the thrill of a public stunt. It’s like a dare or a challenge that you want to win just to feel some extra dopamine in your body. Women tend to be into this sort of thinking as society expects them to take fewer risks in terms of showing affection and expressing their desires in public.

There's a certain kind of thrill when you sneak a girl a kiss or a little butt tap when no one's looking. It reminds her that even if you're technically not supposed to, you're still doing it because you can't help it. So you both get that adventurous rush.

I love PDA when I’m doing it (and sometimes when I’m not), but I can still say that anything beyond a kiss or a hug can be irritating to the audience:

Depending on a kid's age, they probably already know that sometimes adults will kiss and hug. But anything more than that (like making out at a Chuck E Cheese) is going overboard.

Keep it together when around other people

As with above, holding hands, a short peck on the cheek or an arm over her shoulder is pretty tame and tolerable. But if you've got your hands all over each other while having dinner at a restaurant or while hanging out with family, what is everyone else supposed to do? Chances are the people around you will awkwardly try to ignore what you're doing or, if they're vocal, they might ask you to keep it in your pants.

Make sure she’s into it too

Online PDA in moderation is fine

To be fair, you can post pretty much whatever you want online. If you're proud of the woman you're dating, a little online PDA online can actually be cute.

But identifying with a relationship so much that everything you do together goes live on Instagram may affect your self-esteem if this relationship falls apart. Just imagine how hurt – and helpless – you will be if that girl you’ve been kissing all over social media dumps you for another dude… It’s kinda humiliating.

Be aware of your surroundings 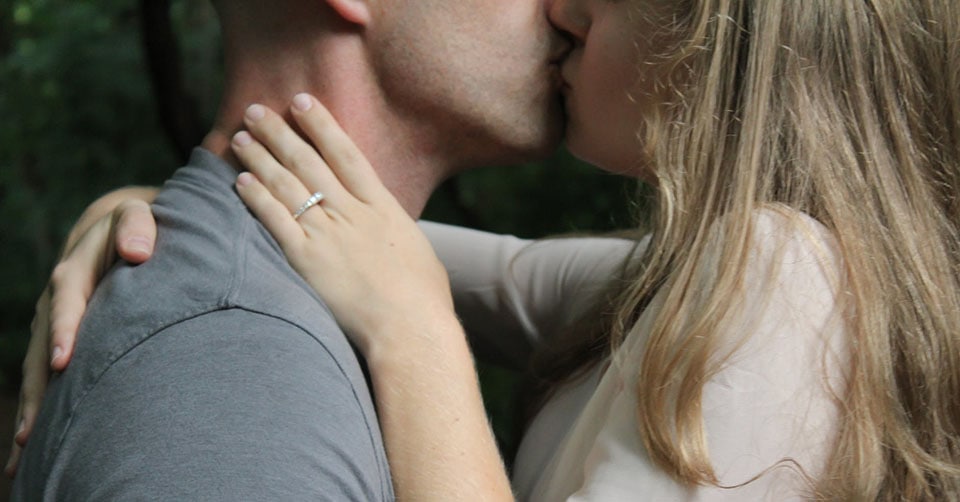 The world is safer than it used to be years ago, but that doesn’t that bad shit doesn’t happen. Showing affection in the wrong place or the wrong neighborhood may put both of you in danger. First, because you don’t know how people will react, and second because you lose focus on everything around you except for the woman you're making out with. Who knows, you might end up getting robbed while you have your hand shoved in her shirt.

If you want to engage in a little PDA on the street, keep it quick. People are watching and, as I said earlier, it may not be safe. Keep it chill, hold hands, kiss on the cheek or on the lips but don’t go full French and stick your tongue down her throat or grope her butt unless 1) she’s really cool about it, and 2) you’re doing it in front of the right crowd.

One time, I was heavily making out with a girl in Madrid and I could hear an old man cursing at us in Arabic as we were passionately kissing (yeah, I speak Arabic too).

Be aware of where you are 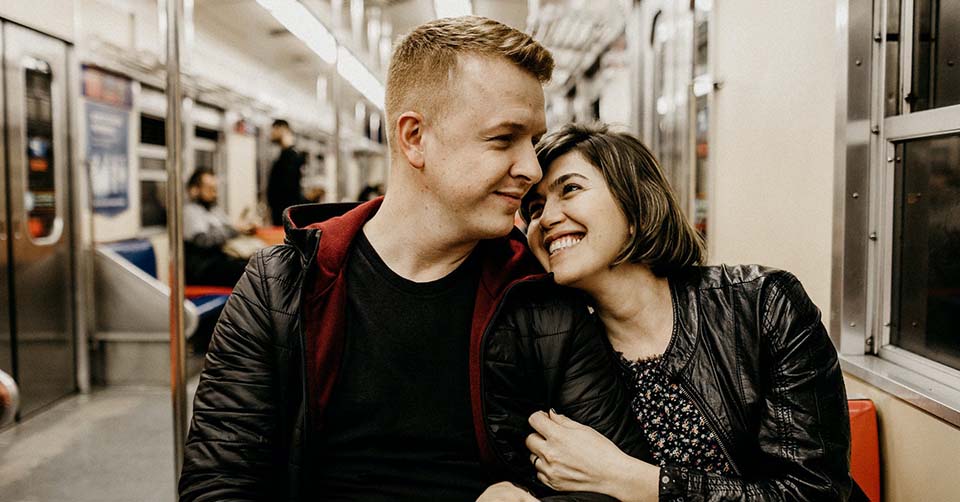 “If they don’t know you, get naked and run.” – African proverb

When you’re a tourist, you get away with so many things because locals assume you don't know any better. But still, there are some rules that you should keep in mind. First, not all people will tolerate PDA, once the plane takes off, it’s not America anymore. The rules in Europe and the U.S. are different from those in Dubai, Istanbul, Cairo, and Asia. The same goes for public opinion.

What people may tolerate in New York may be offensive in a conservative Middle Eastern country or even a small town in Utah. In many countries, you can’t even get away with a kiss without causing a problem either with the audience or the authorities (sometimes both). So know your audience first before getting yourself, and the girl, in trouble.

The second thing to completely avoid is having sex in a hostel or a shared Airbnb. Seriously, don’t do it. No one will hate you for having fun, but expect many of them to be very vocal if they can’t sleep from your grunting and her moaning.

PDA in bars and clubs

If a bar/club’s bathroom is allowed to speak, it will run columns on Cosmo for years to come. The PDA rules in those venues are less strict, but still, that doesn’t mean you don’t mind your territory before going all-in with a girl. Make-out sessions in clubs may last longer than those done on the street.

However, you should also consider who’s watching. Sometimes the girl doesn’t want to be seen with your hands all over her. It reminds me of a friend who made out with a girl he met in a club two minutes before her fiancé’s sister saw them while going to the bathroom.

PDA on a date

Some men are good at escalating with women on the very first date. If that’s you then don’t do anything vulgar unless she’s fully on board. Don’t excessively touch her or stick your tongue in her mouth until she gives you the permission.

And how can you know?

By learning how to read her signs. Girls are subtle, but they’re not stupid. If a girl likes you, she’ll make sure you know it. You just need to shut your mouth a little bit and pay attention to her gestures.

Keep it to yourself when around family

Always stick to fist-base acts when around family (i.e., hugging, holding hands and short kisses), especially around her family. There’s no need to alienate anyone. No guy wants to see his daughter/sister/mom being groped or dry-humped by a guy, even her own husband.

If anything, think of controlling yourself as foreplay for when you can actually jump her bones. Once you're in a more private place, you can let go of all that pent-up sexual tension and go all in!

These are some of the basic PDA relationship rules you should always keep in mind. Generally, you want to avoid some extreme forms of PDA when you're out in public. At most, a kiss on the cheek or holding her hand should be fine. But if you're in an unfamiliar place where you're not sure about social norms, keep it together and try to avoid any PDA.