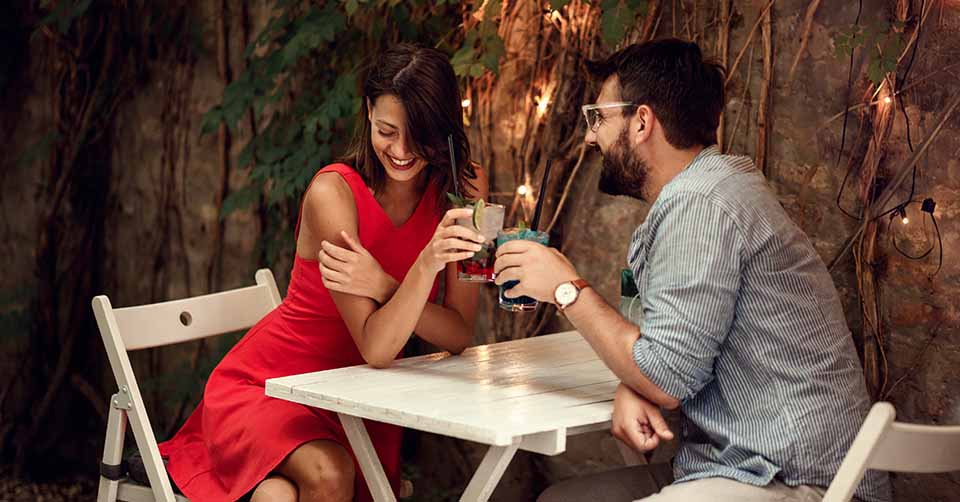 If you often find yourself asking “What does maybe mean from a girl?” then you definitely need to hear what I’m about to tell you.

You’d think clear and direct communication would benefit everyone involved, especially in the dating world. But there are many legitimate reasons for women to say one thing and mean something else.

Below, I’ll show you a few situations where girls will tell you maybe and explain what it all means. I’ll also teach you how to handle these situations properly. As well as demonstrate how to respond to “maybe” so you have a much better chance of succeeding with the woman you want to seduce.

What a Woman Says and What She Really Means: Why the Difference?

Truth is, what a woman says and what she really means can vary greatly. Studies even suggest that women (or those who are more communal) tend to be less direct when they communicate. And it often depends on how you interact with her in the moment and how much she likes you. Unless she’s a pathological liar or likes to play mind games with men, which is extremely rare.

You see, if you have an interesting, fun or exciting conversation with a woman and she enjoys your company, she’s bound to mean what she says. Because there are only a few reasons to lead you on if she really likes you.

However, if you don’t happen to spark any interest or attraction, or if you’re doing quite poorly and she doesn’t think very highly of you. Then don’t be surprised when she’ll say one thing and mean something else entirely.

Why do women say one thing and mean another?

One of the main reasons women will do this is if they still haven’t decided about you. They want to see where things lead without committing to something.

Another huge reason is to filter out and get rid of men who they don’t like. They don’t want to reject someone outright because it may be dangerous or because they don't want to hurt their feelings. So instead they do it politely.

Basically, it’s a defense and self-preservation mechanism. And sometimes a way of flirting, teasing and testing men.

If You're Not Getting A "Yes" You're On The Wrong App

If you've been getting a lot of "maybe's" or just ghosted you're probably using the wrong app. This is where most guys screw up. They try one app, it doesn't go well, and they assume all apps are terrible.

These are the handful of apps the normal guys have been having a lot of success using:

Here’s an example of self-preservation:

Let’s say there’s an obnoxious guy at the bar trying to hit on a girl who doesn’t like him. He might not go away after a direct or blunt rejection. He might even become belligerent, extremely bitter, or, at worst, hostile towards the girl if she tells him to get lost in no uncertain terms. Because rejection hurts a lot and is especially hard on the ego.

A great way to get rid of him safely would be to simply say “maybe” to a date and give him the phone number so he leaves. And then promptly block him and ghost him. She might even give him the wrong number.

As you can see, avoiding potentially dangerous situations is one of the most common reasons why women would say one thing and mean another.

Another example would be when a girl chats with a guy and thinks he’s alright but still isn't very sure about him. So she tests him to see how sure he is of himself and how he’d handle rejection, by saying one thing and meaning another.

In this case, she’s not worried about the situation becoming dangerous and is actually rooting for the guy.

This is what’s colloquially known as a “shit test.” A way for women to test a man’s worthiness, strength of character, or social status when she already kind of likes him.

As you can see, there are quite a few nuances here, which is exactly why it’s important to learn what maybe means from a girl.

How to handle this indirect communication style 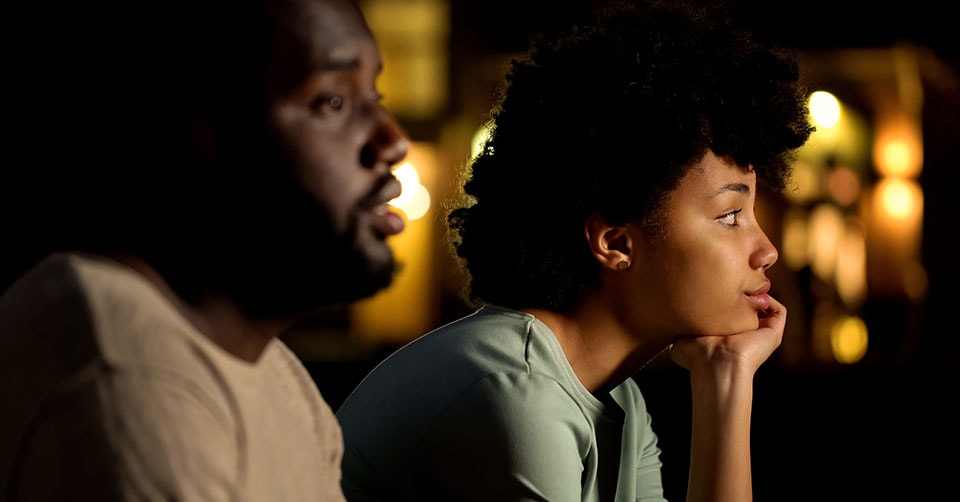 The absolute best way to handle this type of communication is to pay it no mind and continue doing what you’re doing. As long as what you’re doing is in no way harmful to the girl. Without taking any offense, showing disappointment, or giving up too soon.

This shows you have self-respect, don’t give up too easily when facing a challenge, and have confidence in yourself.

That said, you mustn’t be completely clueless and not take a hint if the girl keeps repeating something negative to you. So make sure to take notice of her overall body language when you talk to her and see if it’s in alignment with what she’s saying.

For example, if she keeps saying “no” to your advances but is doing so in a teasing, lighthearted way. Then she usually means the exact opposite and you should keep pursuing her.

But if she seems serious, her body language is harsh and her eye contact cold, take the hint and cut your losses.

What Does Maybe Mean from a Girl

So what does it mean when a girl says maybe?

Well, "maybe" often means "no, but I don't want to seem rude.” But there are plenty of instances where "maybe" might mean "convince me more" or “not now.”

As I said before, it depends entirely on the context and the situation you’re in. As well as how much the girl likes you already.

Now, how do you respond to “maybe” if you hear it from the woman you’re interested in? Let’s go over several different situations where you may hear this, so you know what to do when a similar event presents itself.

When you ask her out on a date 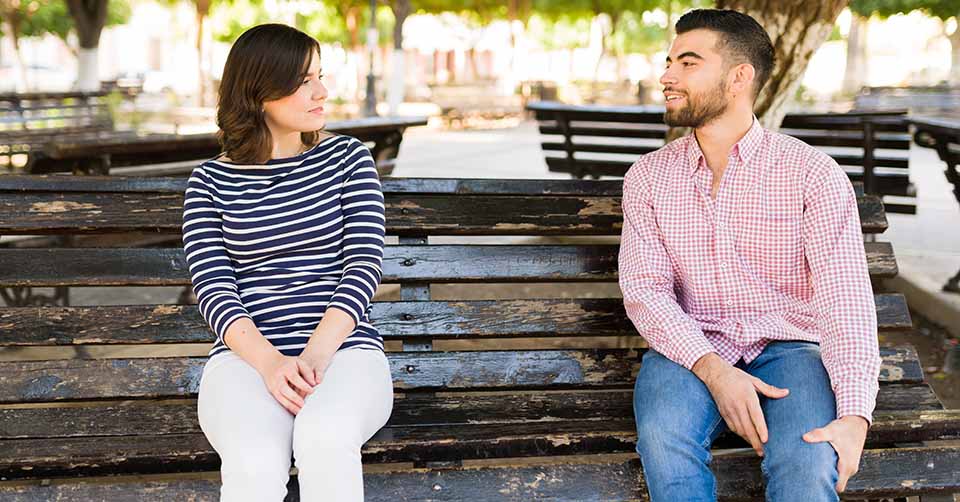 Let’s say you like a girl and want to ask her out on a date. You bring up the courage to approach and say something like, “Hey, I think you’re a wonderful person and I’d like to get to know you better. Do you want to go out with me sometime?”

Then you hear the dreaded “maybe” in reply and your heart skips a beat.

Now, if you weren’t being annoying or obnoxious like in the drastic example above, she won’t have a reason to say “maybe” but actually mean a very hard “no.”

So in your case, don’t be disheartened and discouraged by her reply. When she says “maybe” or “we’ll see,” it’s not a hard “no” in this case. She hasn’t rejected you outright, which is what most women would do if they don’t see you as a potential romantic partner.

So her “maybe” is pretty good news. And the reason she might have said it may vary.

She may already have a crush on you and is simply nervous or afraid you might not like her back if you spend some time with her.

She may also want to take things slow and requires patience from you, for various reasons.

Don’t forget, women are people too and get nervous just as much as men do.

As I said in another article about how long you need to wait to ask a girl out:

“If you take a “maybe” badly, she’ll definitely notice. And all your chances of landing a date will be gone in an instant. Accept the “maybe” as a “not yet” and as a sign she needs more from you until she’s comfortable enough to meet up. Continue chatting as you were and try again in another week or so.”

When you ask if she’s single 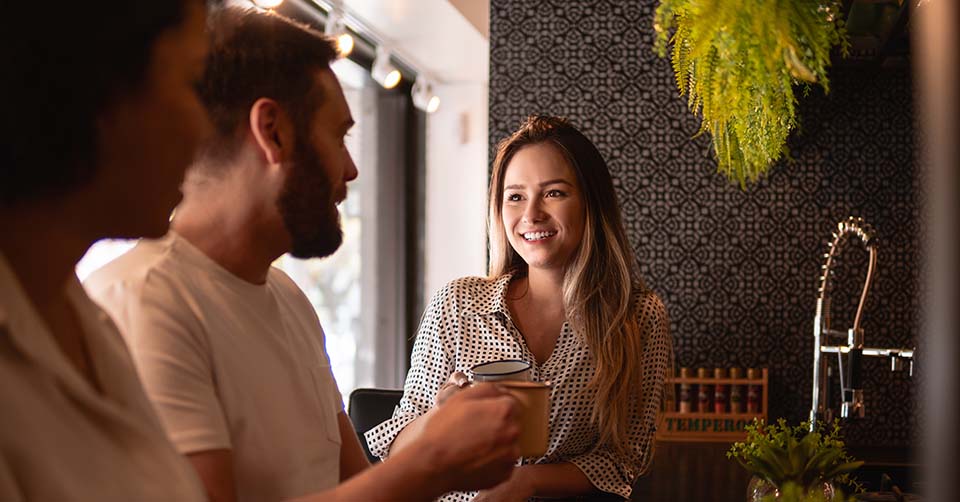 So what does maybe mean from a girl if you ask her whether she’s single or not.

You may think it’s a very weird reply to get. I mean, she’s either single or she’s not, right? Well, there are several important reasons why she’d say this.

For example, she may currently be dating some other guy but it’s not working out as much as she’s hoping. So she may soon be single and ready to go out with you.

She might also be really busy with work or school. As you know, deadlines can be incredibly stressful. She may be feeling overwhelmed and simply doesn’t know if she’d have the time or energy to be romantically involved with someone.

She may also have gotten out of a previous relationship very recently and isn’t ready to date anyone just yet.

You can deal with this situation by asking her why she’s being so vague. And by letting her know there’s absolutely no pressure to say “yes” at this moment. That you’ll be patient until things settle down in her life. This will put her at ease and she’ll appreciate it greatly. You can then try asking her some other time, in a month or so and see how she feels.

Again, this is precisely why it’s important to notice her body language when she gives you such a reply.

If her body language is positive and warm, your chances of success are very good, as long as you give her time and try again later.

However, if her body language is negative, she’ll usually want to get rid of you. If you suspect the latter, it’s safe to say you should move on and don’t waste each other’s time.

When you ask her if she likes you

Now, what does maybe mean from a girl when you ask her if she likes you or not?

In this case, I strongly suggest you read about how to know if a shy girl likes you and what you can do about it.

That said, there’s also a small chance it means she’s undecided about you yet. Maybe because she’s just met you or hasn’t even thought about you in that way yet.

Personally, I wouldn’t pay it much mind and would simply continue talking to her as if nothing happened.

To help her make up her mind about you and encourage her to make the decision in your favor, build some more rapport with her. Connect with her on a deeper level, get to know her better and let her get to know you as well. Then flirt with her and tease her playfully if there’s a good opportunity to do so. Simply let your personality shine and enjoy each other’s company.

Her attraction towards you will grow and soon you won’t even have to ask her if she likes you or not. Because you’ll see it very clearly from her behavior and warm body language

As you can see, the best way to stop asking yourself what maybe means from a girl is to have better interactions with women.

To avoid getting maybes, spend some more time talking with the women you’re interested in. Connect with them and show them what a great guy you are before asking them out. Because once they like you a lot, you’ll rarely get a vague reply back.

Good luck out there!