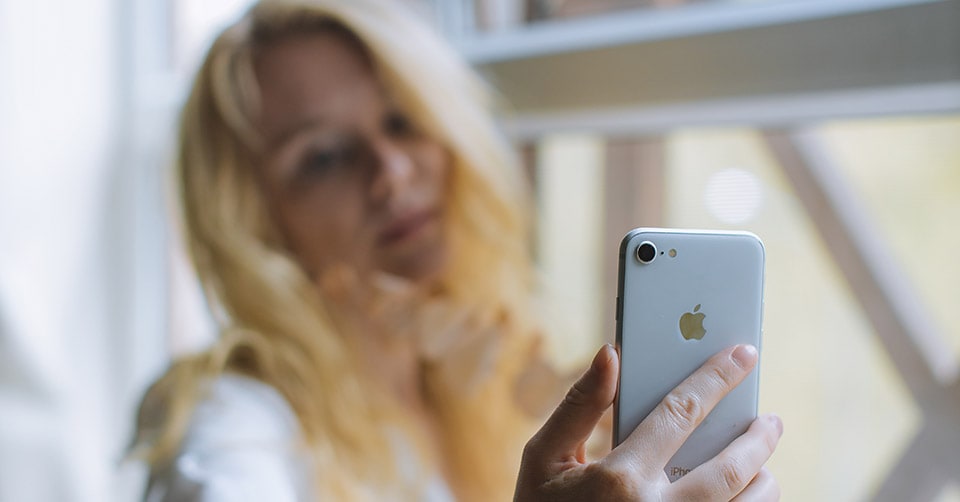 A few years ago, I met a girl in Europe. A chance encounter at a local bar turned into a steamy short summer fling. I left but we kept in contact. We texted and talked every day. We realized how much we missed each other. The euphoric recall of our “summer loving” made it seem like starting a long-distance relationship was the best thing for us to do.

We chatted on the phone for hours because that is all we could do. All our conversations were pretty much the same. We would reminisce about how great it was being together, talk about what will happen next time we meet up and tell each other how much we miss and love each other.

There was something very addictive about the relationship. I was falling crazy in love with her and she was falling madly in love with me. She started making plans to leave her country and move in with me. We wanted to build a life together.

As we were making plans for her to move, things started to turn sour. Our conversations turned into little arguments. She was worried that I was going to meet someone else. I was worried that she wasn’t going to move and break up with me.

The little arguments turned into fights. We tried to talk it out through text and email but eventually, she dumped me, told me she never wanted to see me again and that was the end of my dramatic long-distance relationship.

Will it be the same for you?

Long-distance relationships have a very low success rate. They are built on high emotions and fantasy, but they’re fraught with insecurities. They are so seductive because you have the illusion of a relationship without ever having to really let someone in.

The results were not too promising. About half of the long-distance dating relationships experienced a transition to a close-distance relationship. The other half ended their relationship before they managed to close the gap on the physical distance.

But here’s the kicker, among those who did manage to reunite, one-third ended the relationship within 3 months of their reunion. So how do you know when it’s time to let go of a long-distance relationship? Let’s look at some common signs that a breakup is imminent.

The most challenging part of a long-distance relationship is, no sex. Sex is a strong, undeniable biological urge. Research shows a woman’s relationship quality is directly linked to the frequency of sex and orgasms. Being denied such a fundamental physiological and emotional need for so long is going to put cracks in your relationship.

Naturally, through technology, you can find ways to titillate each other even if you’re far apart. It can work for some, but not for others. The key here is your mutual openness to alternative forms of intimacy.

I’ve seen how a lack of any form of sex can destroy an LDR. In my college years, I spent some time living in an international youth hostel. It was packed with men and women from all over the world. The single ones were hooking up like crazy. But what surprised me…

Eventually, those in long-distance relationships dropped their guard and cheated on their partners. Being surrounded by other young, attractive members of the opposite sex while being denied sex for too long made the temptation too hard to resist. 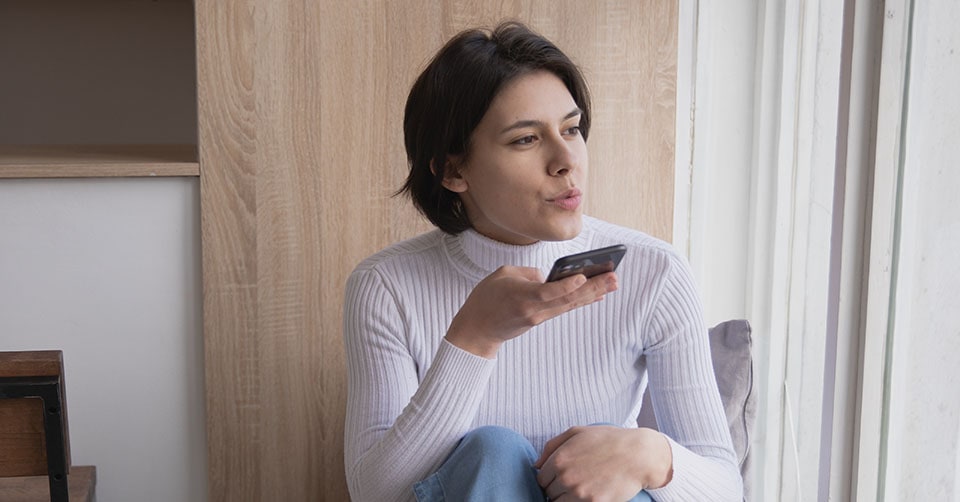 Our emotional need for validation, “to be seen”, touched and held can’t be underestimated either. It’s harder to meet your need for intimacy when the person isn’t physically present. A zoom call will never replace the feeling of connectedness when the other person is physically present, even if you’re just talking.

With our partner being so unavailable to us physically, we might start looking to others to fill this essential human drive for connection and belonging.

Attraction is created from the spark of two opposing energies - masculine and feminine. Long-distance relationships kill polarity due to all the talking. Both partners are in their feminine, seeking connection, security and validation that the other one cares. When both people in a relationship are operating from the same pole then no natural polarity is created.

The masculine side of us wants to “do” and “act”. Since there is little doing involved in a telephone conversation, text message, Zoom call or email, that spark of attraction starts to fade slowly. 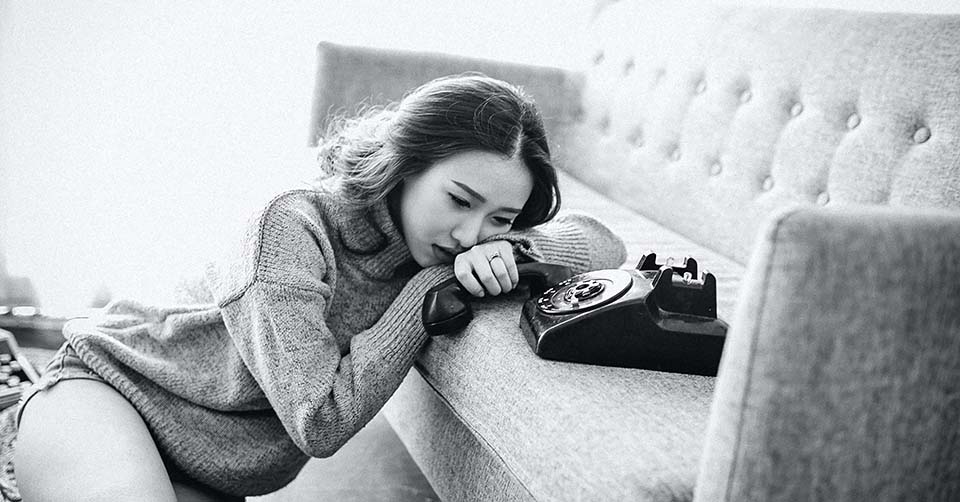 She’s made new friends at college or work. She’s never home anymore to take your calls. She’s going out clubbing with her friends more often and not responding to your messages the way she used to…

Your mind starts racing. You wonder what she is REALLY up to and you know you’re not just being a jealous boyfriend. You think she might be talking to other guys so you begin to question her on her whereabouts and who she is with. Your insecurities and neediness start showing. It pushes her away. Your suspicion escalates. You start fighting on almost all your calls.

And science reveals that this suspicion may be valid. In Evolutionary Psychology terms, she has entered a mating market and this may affect her relationship choices. This scenario is almost a given for long-distance relationships. Thinking that the other person is up to no good is always going to cross your mind. And as Elvis Presley would say “We can’t go on together with suspicious minds”.

When to Let Go of a Long-Distance Relationship

If you ask me when to let go of a long-distance relationship, I would say “before it even starts” for most people. The chances that two people will eventually get together and live happily ever after is quite unrealistic.

You see, being attracted and having sexual chemistry with someone is probably more common than you think but finding someone to build a life with for the rest of your life is very rare.

If the long-distance in the relationship was created due to work, college, military duty or a global pandemic then there are forces beyond your control at play so it might be still worth fighting for your relationship.

But if there is no real reason for your separation then you’ve got to ask yourself, “Why am I settling for a frustrating long-distance relationship when I could be meeting beautiful, single women in my city?”

Are you seducing yourself into a long-distance relationship to protect yourself from an unconscious fear of intimacy?

It’s easy to sustain the illusion of who you are projecting yourself to be versus who you are in reality. You can pretend to be someone you are not without ever revealing your shadow side to her.

Deciding when to let go of a long-distance relationship is obviously a personal choice but if there is no valid reason to be physically separate from each other, then I would say it’s time to let it go.

The novelty and drama fades 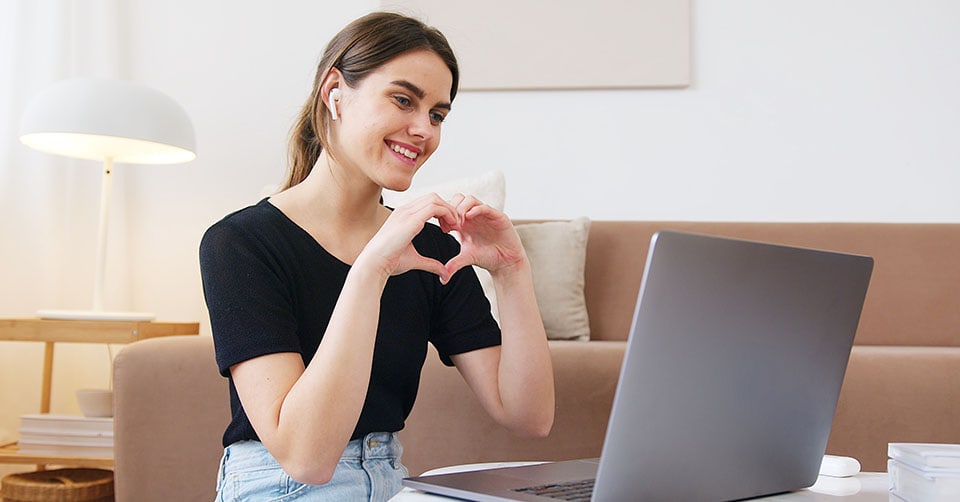 Most long-distance relationships last a lot longer than they need to. The novelty and drama behind the chance encounter are highly addictive and keep the relationship fuelled. It feels like a scene in a Hollywood movie.

So both partners lose sight of when to let go of a long-distance relationship because they are hooked on the juicy emotions and love chemicals flowing through their bodies.

But sadly the relationship is built on an illusion that is eventually going to burst. Just because you talk to the person for hours every day on the phone, doesn’t mean you really know the person. Getting to know someone means seeing them in different scenarios that all reveal who they really are.

Spending time with a person is critical for establishing a long-term relationship. We all fall in love with the person we project them to be in our minds. But the more time we spend together, the more these illusions get challenged. It’s up to you to decide whether you still like the person for who they really are.

But in a long-distance relationship, you never get to know who they really are. So more time is spent maintaining an illusion and not having a relationship that is grounded in reality. This is setting the stage for disappointment and heartbreak when the illusion gets smashed.

You either meet up in person to realize the relationship was never a good fit to begin with or the novelty and feel-good chemicals slowly wear off for one partner. Someone new, interesting and attractive comes along who is close at hand, he captures her imagination…

And as the old saying goes “out of sight, out of mind”.

A no-distance relationship or nothing

The irony of a long-distance relationship is in order for it to be successful it has to cease existing. It has got to transform into a no-distance relationship if it has any chance of lasting. This is going to involve at least one person making a big decision to pack up and move. Is this genuinely going to happen or is the person just paying lip service?

Packing up and leaving your life behind you is easier said than done. You need to talk about who is moving, when and any details surrounding the move. Because if there are no real plans to move then you don’t have a real relationship.

Failure to create a plan and act upon it quickly is a huge red flag. Not only will it lead to a breakup but a more painful break up because the relationship was dragged out longer than it needed to be.

Knowing when to let go of a long-distance relationship is important. If there are no serious plans to reunite and your separation is voluntary rather than forced then your chances aren’t looking good. With distance and time, your amazing memories will fade and every day brings you one step closer to the end.