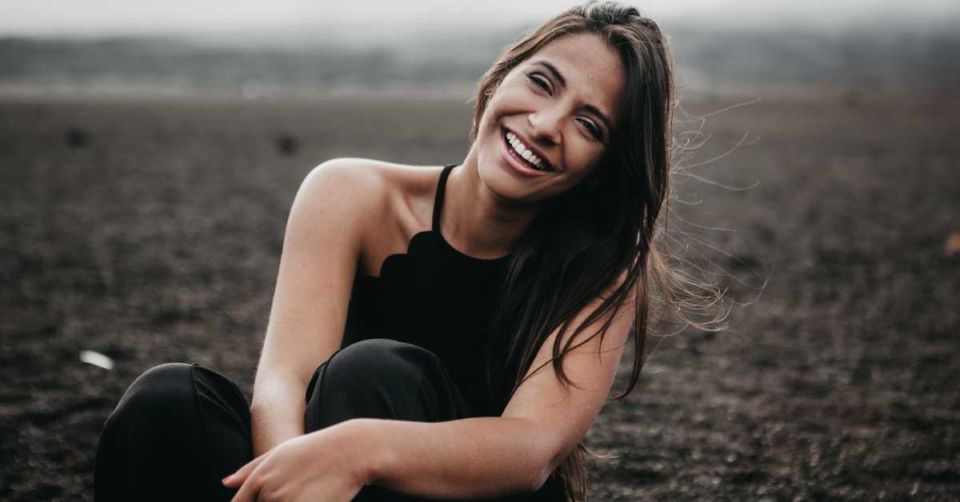 If you’re like most men, you enjoy the sight of a beautiful woman, you may even ogle her and fantasize about her. But you’d never actually approach her.

Many men have the “she’s out of my league” mentality and so they mentally shrug their shoulders and look for a girl they believe to be more within reach.

Guys, we’re here to tell you that you can not only approach beautiful women successfully, but you can also date and even have relationships with them — even if you’re not a perfect 10 yourself.

Want to learn more? Read on for our tips on how to successfully approach beautiful women.

What You Need to Know About Beautiful Women

Men in particular have set ideas on what hot women are like and often equate that kind of beauty with unattainability. That's where approach anxiety kicks in.

Here are the top four things you need to know about beautiful women:

1. Not all beautiful women are vain

A lot of guys don’t approach beautiful women because they assume they are vain and rude. That is rarely true. While some breathtaking beauties believe their looks excuse their bad behavior, not all lovely ladies are conceited.

In fact, because so many men see gorgeous women as unapproachable, they can actually be reserved or even shy around men. They’re used to getting a lot of stares, lewd comments or arrogant jerks hitting on them. They’re not used to nice, normal guys approaching them — and that makes them appreciate it even more when a man approaches them respectfully.

While it’s true you won’t know if she’s a stuck-up bitch or nice and down-to-earth until you make a move, it’s always worth taking the risk because most beautiful girls have a lot more to offer than their looks.

2. They want to be approached

Guys, you need to remember a beautiful and fit woman is just like any other woman. She wants love, companionship and a man who can make her laugh. In short, she wants to be approached by a good guy like you.

There are a whole lot of men out there who never approach beautiful women because they assume they’ll be shot down.

While it’s true that hot women want a guy who takes care of himself and tries to look his best, most don’t care if you look like Brad Pitt. Confidence, personality and intelligence are far more apt to win her over than washboard abs.

So next time you see a beautiful woman you’d like to meet, don’t make excuses or try to convince yourself that she’ll be too full of herself to give you the time of day. Approach her just like you would any other woman. Nothing ventured, nothing gained, right?

Not every beauty is brimming with confidence in every area of her life. In fact, beautiful women can be just as insecure as any other woman when it comes to relationships. This is where understanding women comes into play.

Remember, as much as a woman wants to be found sexy and pretty, even more than that, she wants to be valued for her personality, her brain, her values and her talents.

So guys, if you want to have a relationship with a beautiful woman, treat her outward appearance as a bonus rather than as her most important trait.

4. They struggle and have feelings too

A lot of abuse can be heaped on gorgeous gals. Jealous women make snide remarks, guys treat them like trophies or worse, just a desirable piece of ass and, a lot of times, they aren’t taken seriously in school or work.

All too often they are the victims of bad relationships because a guy was using them to elevate himself in the eyes of others. What guy doesn’t get more attention when a beautiful, sexy woman is on his arm, right? But when that is the only reason he’s with her, and she actually cares about him, well, you guessed it, she ends up hurt.

Just remember: beautiful women are just as likely to have had their hearts broken as anyone else.

How to Approach a Beautiful Woman

Now that you know a little more about gorgeous girls and why you should make an effort to approach them, let’s take a look at how you can make that approach successfully. And who knows you might even get women to approach you.

You might be tempted to come up with some over-the-top introduction or compliment to get a beautiful woman’s attention. But, the key to successfully approaching her isn’t a pickup line or cheesy comment.

A simple introduction is always best. Simply say “Hi there, I’m (insert name)” and hold your hand out to shake hers. Grasp her hand firmly, but not enough to hurt her — the key is to show gentle strength. Simply hold her hand in yours for a few seconds and then release it.

2. Expect her to be wary

While really hot women may not be approached by many quality men, they are hit on all the time by guys with big egos who are just hoping to get laid. They also hear a lot of remarks like “check her out,” “baby, you’re so hot” or “I’d like to get with that” wherever they go.

A lifetime of lewd comments, objectifying stares and obnoxious jerks hitting on her will likely make her pretty wary when you first approach her, so don’t expect her to fall all over you.

One of the things a beautiful woman values in a man is confidence. A confident man is better equipped to handle her beauty because he’s less likely to be jealous of other guys hitting on her or of her getting all of the attention.

So, if you want to be successful when approaching a beautiful woman, be sure of yourself. Don’t act like she’s too good for you and she’s doing you a favor just by speaking to you. Look her in the eye and speak to her as an equal.

Even if you’re not feeling confident, you can fake it quite easily. Aside from maintaining eye contact, stand tall with your shoulders back and smile easily. Be respectful yet assertive and never apologize or make excuses for approaching her.

4. Know how to compliment

When a woman is truly a knockout, it might seem natural to tell her so. It’s almost always the wrong move with a beautiful woman, however. A gorgeous girl knows she’s gorgeous. She's been told thousands of times and those types of compliments are a dime a dozen.

If you want to get her attention, you need to give her a truly unique compliment. Let’s say you see a really hot woman standing on the other side of the bar. A man approaches her with a really vulgar pickup line and won’t take no for an answer. Within a minute she’s not only gotten rid of him but did it without being rude herself.

This is your opportunity to approach her. After introducing yourself, tell her how impressed you are with her poise and the classy way she handled the idiot who just hit on her. This type of compliment is going to please her because you’re valuing her capability rather than her appearance.

While it’s almost impossible to compliment a woman you’ve just met on her personality or intelligence, the key is to look for something other than her looks that sets her apart from all of the other girls. Maybe she has a lovely, musical laugh or a great sense of style. Maybe you saw her do something kind for someone or you heard her tell a hilarious joke. By noticing something other than her looks you’ll automatically be different from every other guy in the room.

Just like any other girl, a beautiful woman wants to be engaged in conversation with a man she finds interesting and amusing.

Remember, you’re the one who approached her, so you need to make the effort to get a conversation going. Be prepared with something to say so you’re not stammering or standing in front of her in awkward silence.

Showing interest in her is always a good start. Ask some questions about her hobbies or her job. It also doesn’t hurt to have some clever questions or comments up your sleeve to make her laugh. Whether you use a “would you rather” question or you have a funny anecdote that you can tell, be sure you keep it light and amusing.

Once you've been chatting for a while, it’s time to do a bit of flirting. If she responds in kind, you’ll know she’s into you too.

If you want to approach a beautiful woman, it’s important to treat her just like you would any other girl. She may look like a supermodel, but ultimately, she wants what every woman wants: a good man who loves and respects her.

So, next time you see a super hot woman, why not give it a shot? By being respectful, confident and engaging, you have a great shot at getting her number.